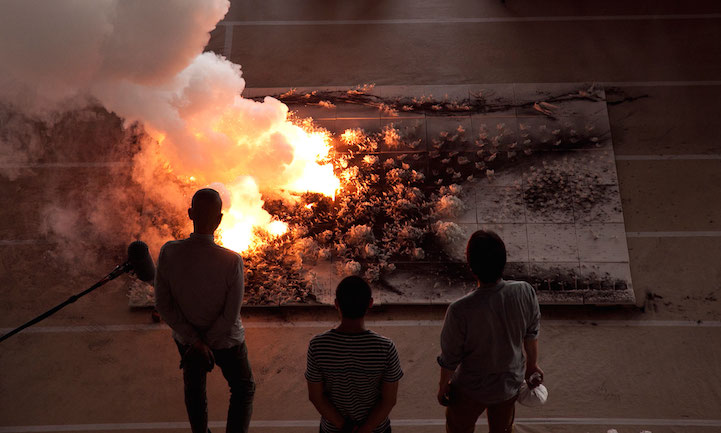 New York City-based, China-born artist Cai Guo-Qiang kicked off his solo exhibition The Ninth Wave with a bang–literally. After sailing a boatload of 99 fake animals down the Huangpu River, Cai got to work on the other pieces in his show at Shanghai's Power Station of Art, including the explosive series of gunpowder drawings titled Spring, Summer, Fall, Winter.

Four porcelain reliefs, each representing a season, were decorated with gunpowder and then set ablaze by Cai at an event that drew a large crowd of spectators. Adopting a different method of ignition for each drawing, the renowned artist used everything from fireworks to pellets to strips of explosives to detonations beneath fireproof sheeting for the pyrotechnic display. Once the last of the dying embers had been stamped out, beautifully subtle images emerged. Ashy layers highlight the delicate aesthetic and intricate details of flowers, trees, and birds in this contemporary take on traditional Chinese motifs.

According to Cai's press release, “Spring, Summer, Fall, Winter follows the cycle of the four seasons, evoking and renewing the spirit and tradition of Chinese literati ink painting. Delicately balancing the violent, instant impact of the gunpowder explosion and the frailty of the porcelain, Cai Guo-Qiang manages to capture the vivid tones of the four seasons with unusual nuance and sensitivity.”

To see this collection of gunpowder drawings, as well as other evocative artworks, be sure to visit The Ninth Wave at the Power Station of Art from now until October 26. 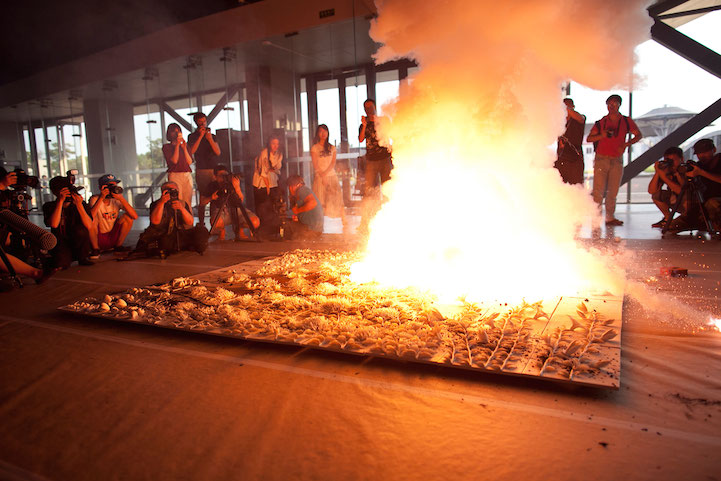 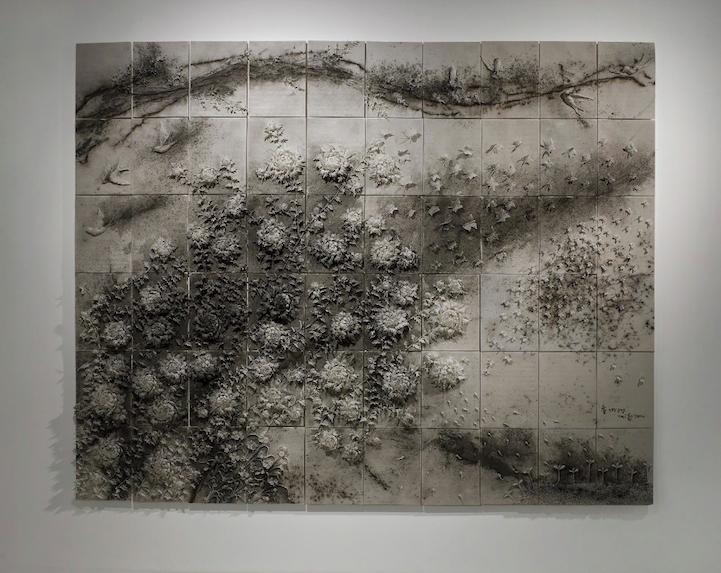 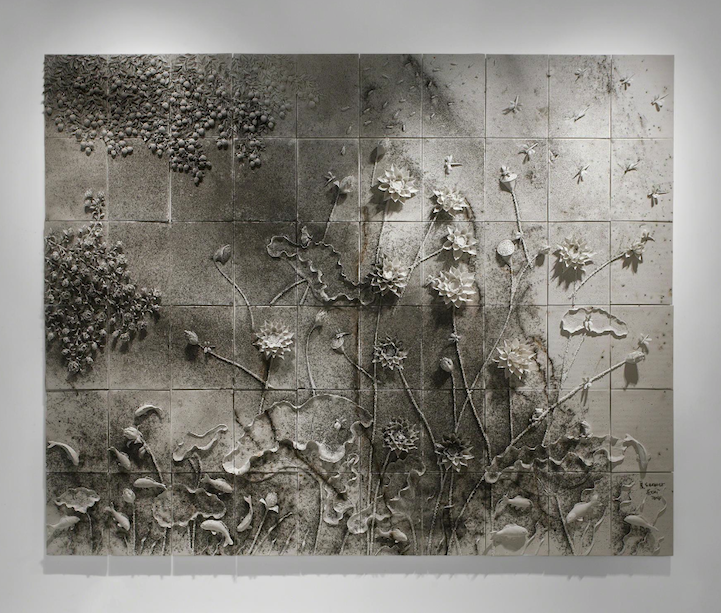 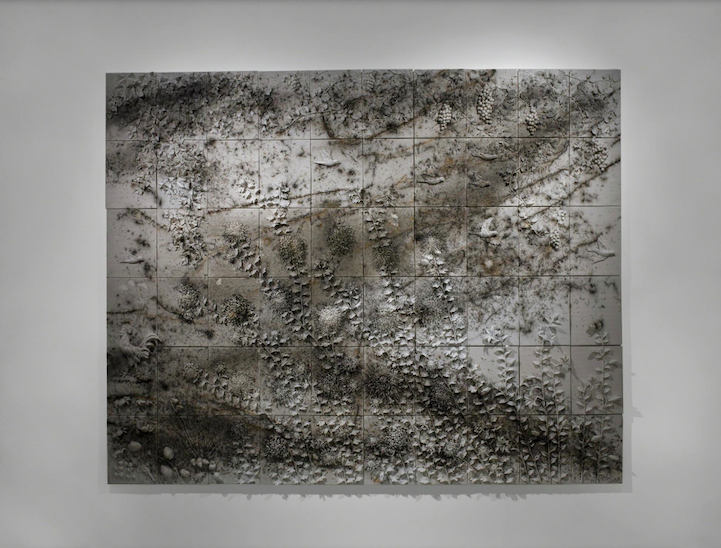 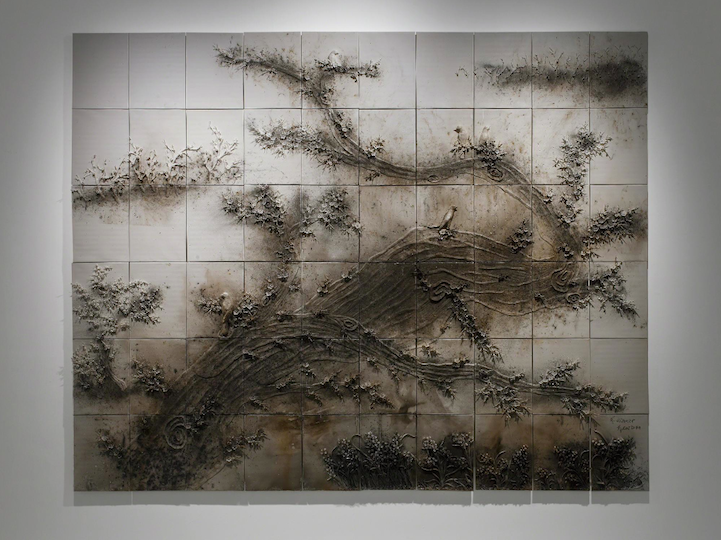 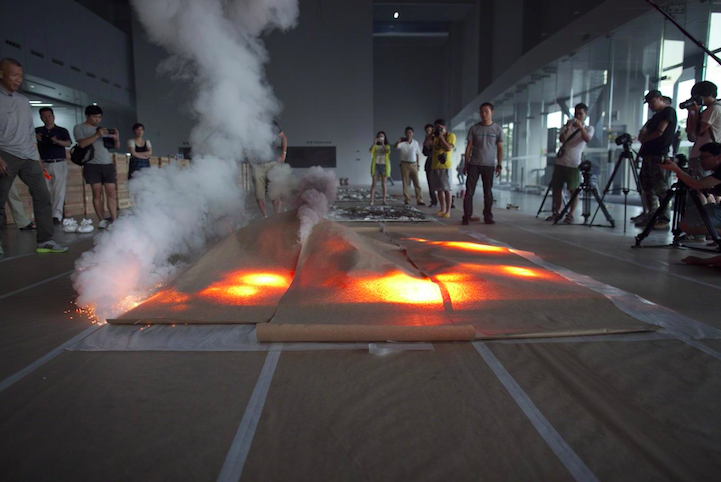 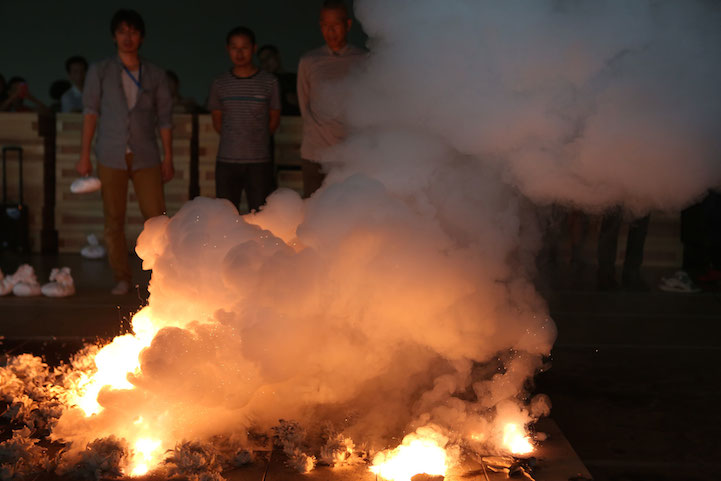 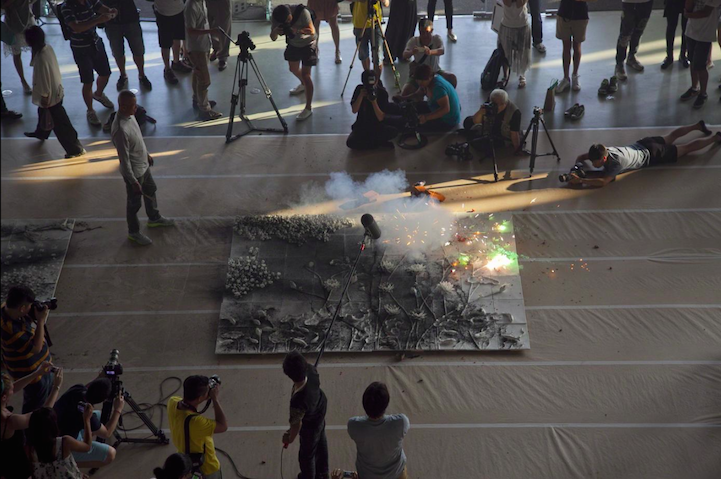 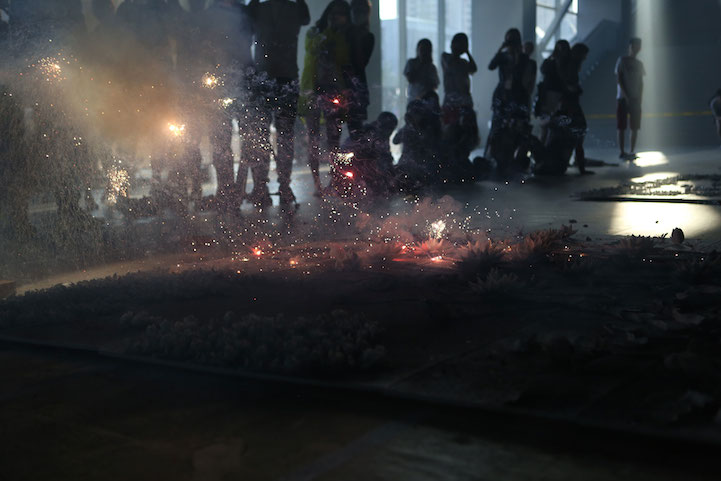 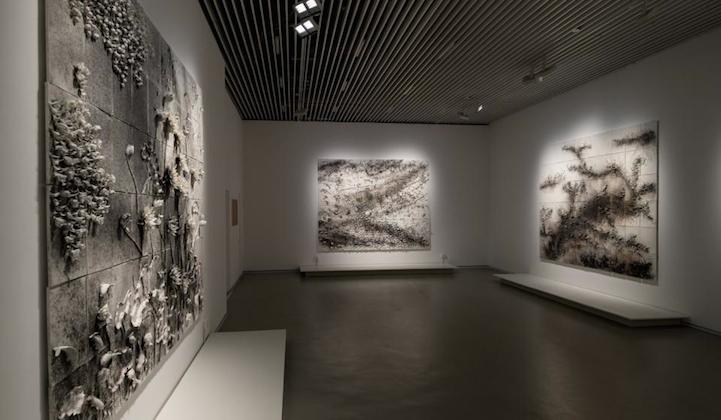