Spectacular Long-Exposure Photographs of Fireworks Exploding on a Drone 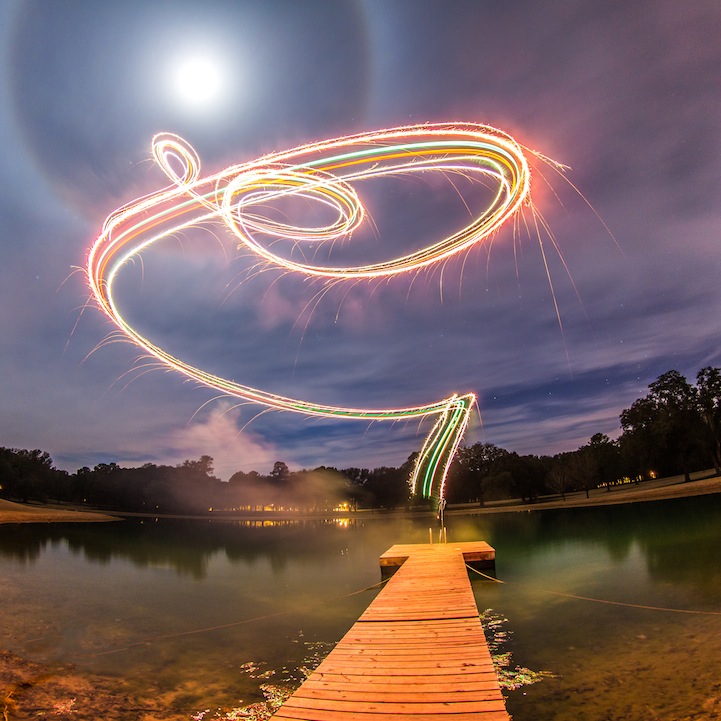 Photographer Calder Wilson, who specializes in capturing pyrotechnics on film, recently strapped leftover New Year's fireworks to a drone in an experimental photo shoot, and the results are stunning. The Winter Haven, Florida-based photographer set up his photo shoot on the edge of a lake, where he asked a friend to steer the small, remote-controlled drone. They navigated the tricky timing of lighting the firework fuses, launching the drone into the air and firing the camera's shutter. When they got the timing right, Wilson was able to capture frames that show the drone crisscrossing the sky in zigzag patterns, leaving neon trails of exploding fireworks.

Wilson noted that logistics were important to ensuring the safety and success of the initial photo shoot. “I was in the middle of nowhere, well outside of any city, over a lake,” he explained on Reddit. “It was very, very wet, and the fireworks I was using wouldn't cause much harm at point blank range.”

For Wilson, the fun is far from over. He calls his new method “an art form that I'm excited to explore” and says shooting drone-driven fireworks photos will be “an ongoing experiment that I'll be continuing throughout the year.” 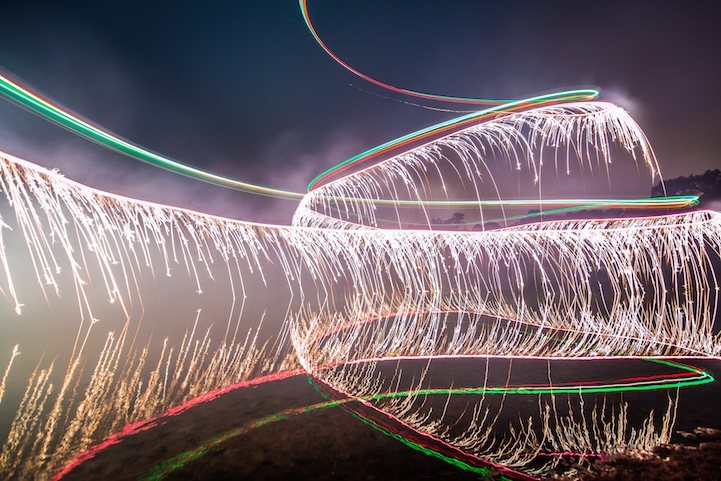 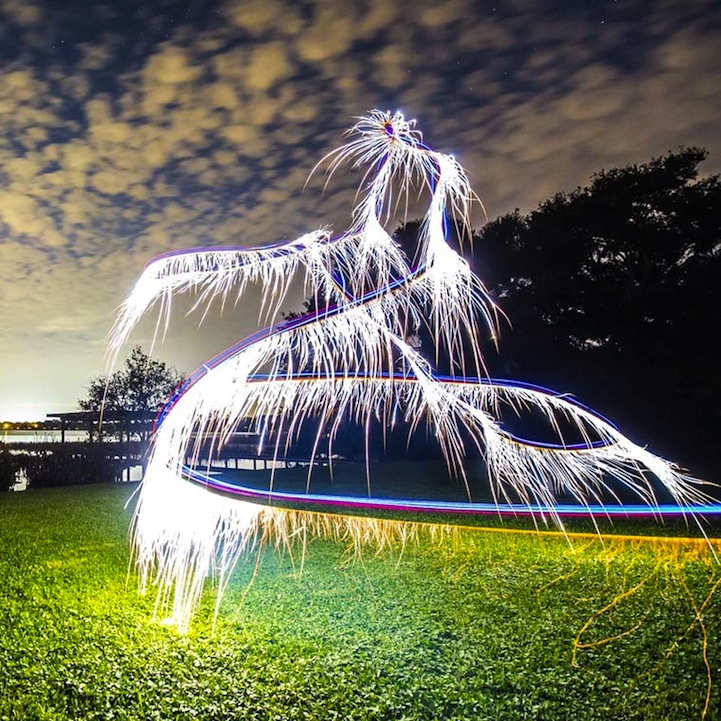