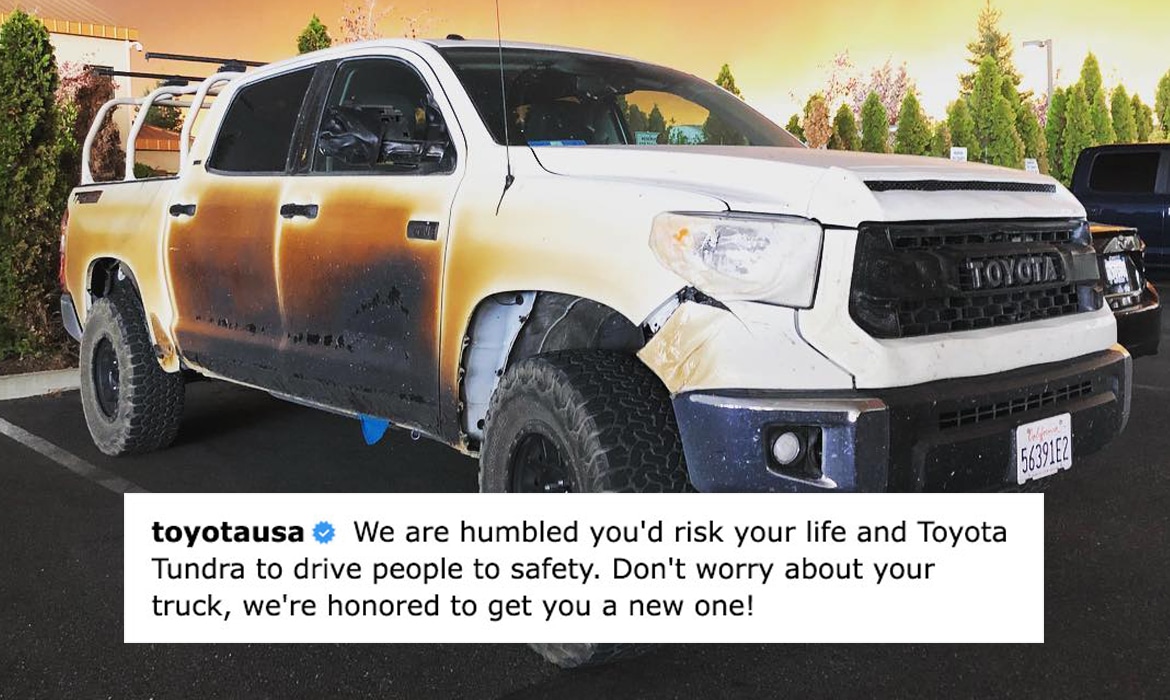 As the California fires continue to burn, tales of heroism prove that even in the worst of times, there is good in the world. Registered nurse Allyn Pierce manages the ICU at Adventist Health Feather River Hospital in the city of Paradise, and he barely survived the massive blaze while trying to save people from the flames.

Pierce helped evacuate patients as the fire raged toward the hospital on November 8, 2018. Afterward, he knew he wasn’t finished; the hero nurse drove back into the flames to gather some of his colleagues and bring them to safety. Unfortunately, they hit traffic gridlock and were stuck in the middle of the fire. New York Times reporter Jack Nicas relayed what happened in harrowing detail. “Flames licked at the side of his truck,” he wrote in a tweet, “and as Allyn watched other cars catch fire, he thought his was next.”

Like many residents in Paradise, they quickly hit gridlock. But unfortunately for them, they were stuck in the middle of the fire. Flames licked at the side of his truck, and as Allyn watched other cars catch fire, he thought his was next. Here was his view. pic.twitter.com/2fACEWn4tu

With the flames just outside of his truck window, Pierce recorded a goodbye message for his family set to Peter Gabriel’s song, “In Your Eyes.” But just then, a bulldozer appeared and moved a burning vehicle out of his path so that he could maneuver around the destruction. The near-death experience didn’t deter Pierce and his colleagues from helping as many people as possible. Rather than drive toward safety, they turned around and went back to Paradise, where they attended to injured residents who had gone to the hospital for help. And when the building caught fire, Pierce assisted in taking patients to the helipad. Miraculously, everyone survived.

Pierce’s Toyota Tundra truck was, unfortunately, not spared. The intense heat burned the exterior while melting the mirrors and the lights. Pierce took to social media to pay homage to the vehicle that saved his life and shared a picture of the damage. Luckily, a new truck is one thing that he won’t have to worry about. Toyota responded in an Instagram comment: “We are humbled you’d risk your life and Toyota Tundra to drive people to safety. Don’t worry about your truck, we’re honored to get you a new one!”

As Pierce and his family try to rebuild their lives—they lost their home and jobs—someone has set up a GoFundMe on their behalf for anyone who would like to contribute.

Allyn Pierce is a hero nurse. As the California fires set the city of Paradise ablaze, he risked his life twice to save patients from peril. 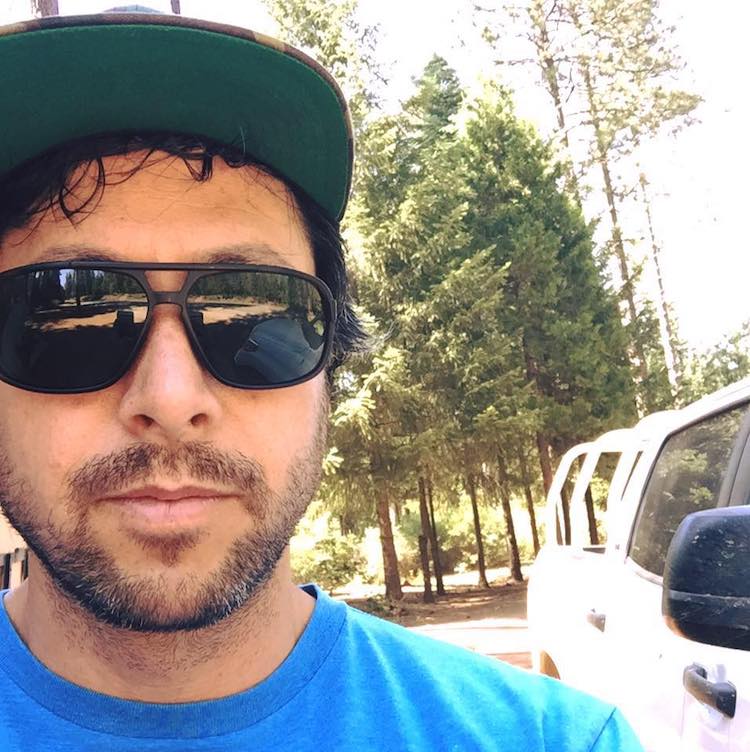 Although Pierce and patients were safe, his beloved truck was not spared. He shared this on Instagram: 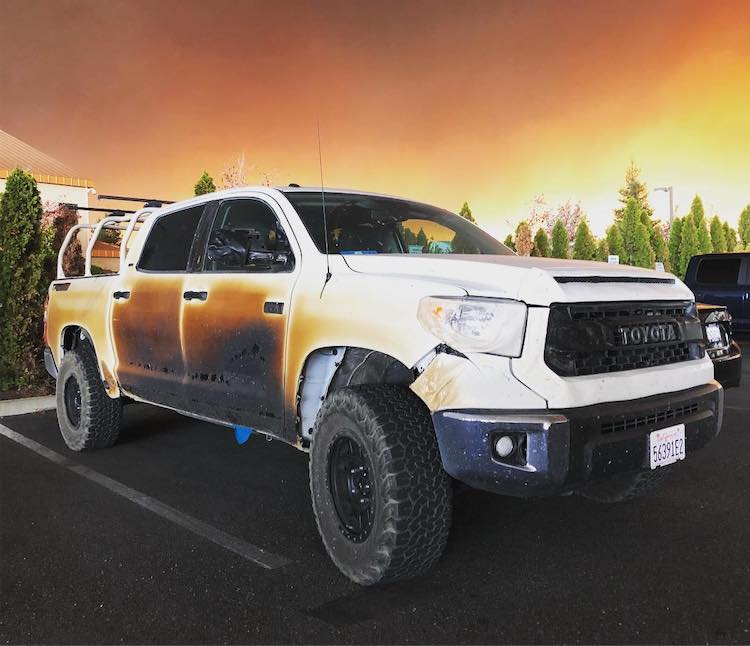 The exterior was scorched and the lights and mirrors were melted. Reporter Jack Nicas detailed some of the damage.

Suddenly a bulldozer appeared & knocked a burning truck next to him out of the way. There was some room to maneuver. But instead of going forward toward safety, he turned around & drove back into the heart of Paradise. Here's the aftermath of his Tacoma. (The lights still work.) pic.twitter.com/LLUU1fDfYv

My Modern Met granted permission to use photos by Allyn Pierce.

Interview: Photographer Sheds Light on the Unsung Heroes and Uncharted Territories of Pakistan