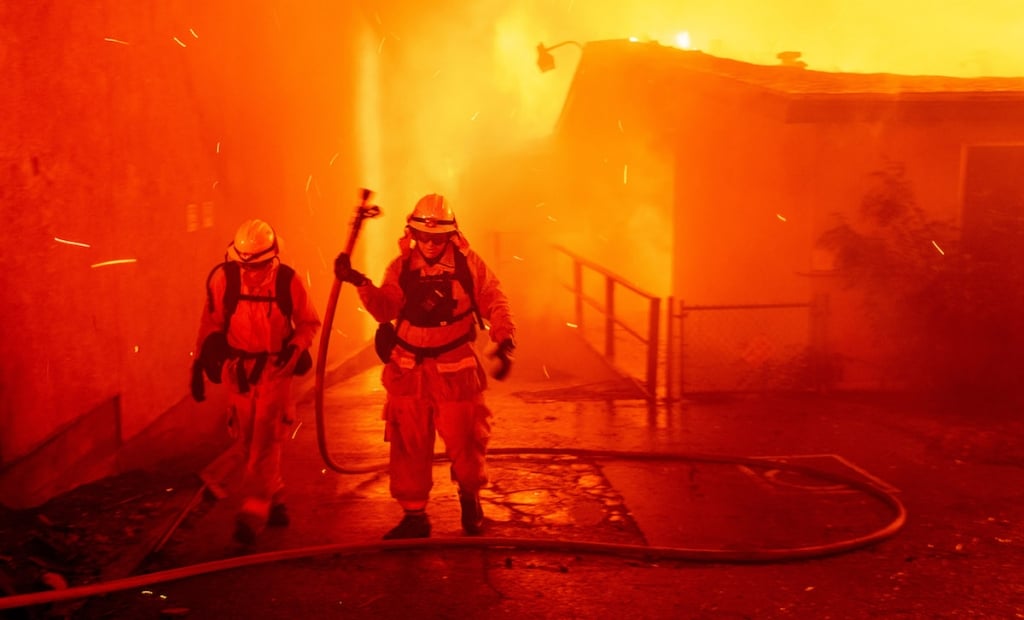 For over twenty years, photojournalist Noah Berger has literally placed himself in the line of fire to gather news footage of the United States' worst wildfires. Each year, he spends roughly six months documenting fire season, using his skills as a photojournalist to capture both the destruction of these events and the heroism of the firefighters who work tirelessly to combat them. Most recently, he had a front row seat to a series of wildfires in California that have made this fire season the worst in the state's history.

Through his red and orange-hued photographs, we see the containment efforts of the River Fire in late July all the way up to the devastating effects of the Camp Fire—the deadliest in California history. Not just focused on the flames, Berger's images are striking as they show the heartbreak and heroism involved in these natural disasters.  A firefighter carrying a cage full of cats to safety is juxtaposed with the embrace of two coworkers as they watch their hospital go up in flames.

As a photographer for wire services like Reuters and the Associated Press, Berger has a lot to focus on aside from his own safety in these situations. Time is of the essence to get news out to the public quickly in situations where finding something as simple as cell phone reception isn't always easy. 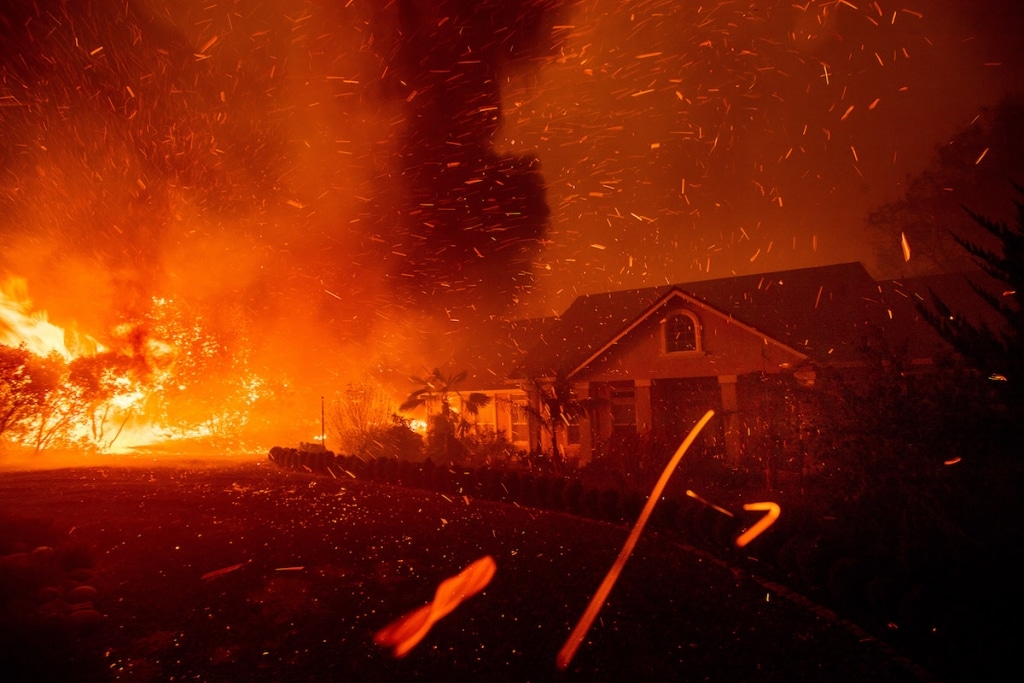 “Most of our fires tend to start in the afternoon, so you want to have photos published on the wire before West Coast newspaper deadline,” Berger tells My Modern Met. “There are times when I’ve had to drive an hour to find a cell signal. In some cases, like the recent Camp Fire, the fire cut almost all cell access. In other cases, the fire is deep in the wilderness where cell service is non-existent.”

While the effects of these wildfires are devastating, Berger reminds us that the media can often give the public the wrong perception of the situation on the ground. “When headlines scream ‘California on Fire,' people in other states and countries tend to imagine the entire state is in peril. In reality, driving 30 minutes will usually get you well out of the path of any fire. A lot of these fires—Napa last year and Camp Fire this year—are one day of explosive flames and destruction. But the public thinks they are still raging days later. Newspaper and television coverage is largely responsible for this misconception.”

It's due to the tireless work of Cal Fire that the fires get contained as quickly as possible. By dropping flame retardant and clearing fire breaks, they are able to keep the public safe and bring down the raging flames in order to start the rebuilding process. Certainly, the events of 2018 have pushed the state to its limits, but with Cal Fire already adopting a new fire plan, there's hope that 2019 will bring fewer fires and see those affected by the recent events move forward.

For over 20 years, photojournalist Noah Berger has covered fire season across the United States. 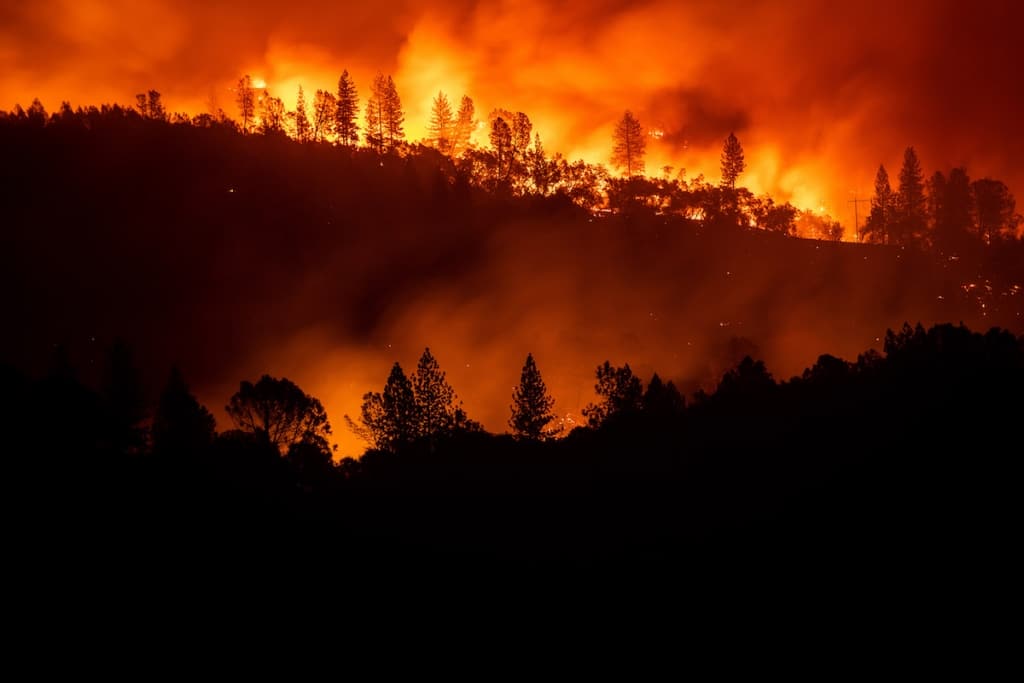 The Camp Fire burns along a ridgetop near Big Bend, Calif., on Saturday, Nov. 10, 2018. Crews working to contain the blaze overnight faced deteriorating weather conditions according to CalFire as winds picked up and humidity dropped. (Photo: AP Photo/Noah Berger) 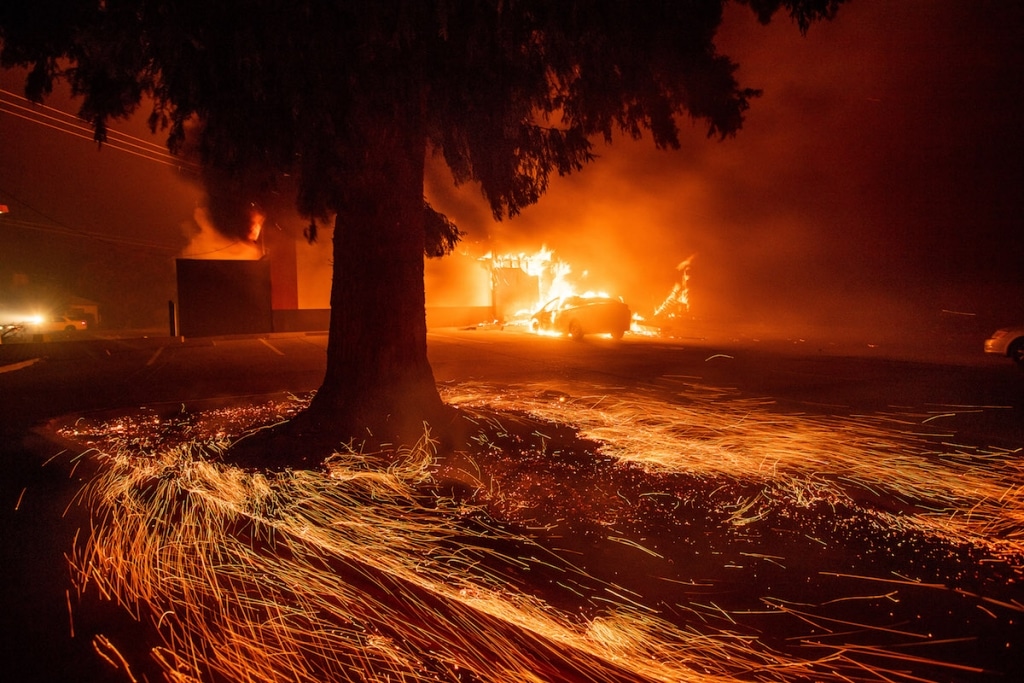 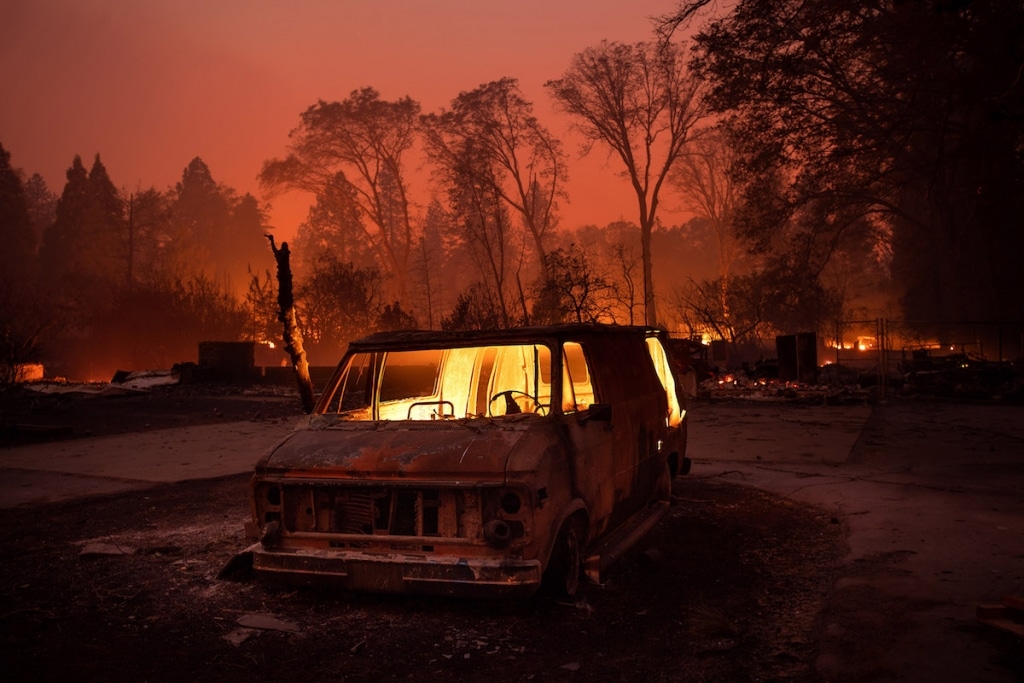 Flames burn inside a van as the Camp Fire tears through Paradise, Calif., on Thursday, Nov. 8, 2018. (Photo: AP Photo/Noah Berger) 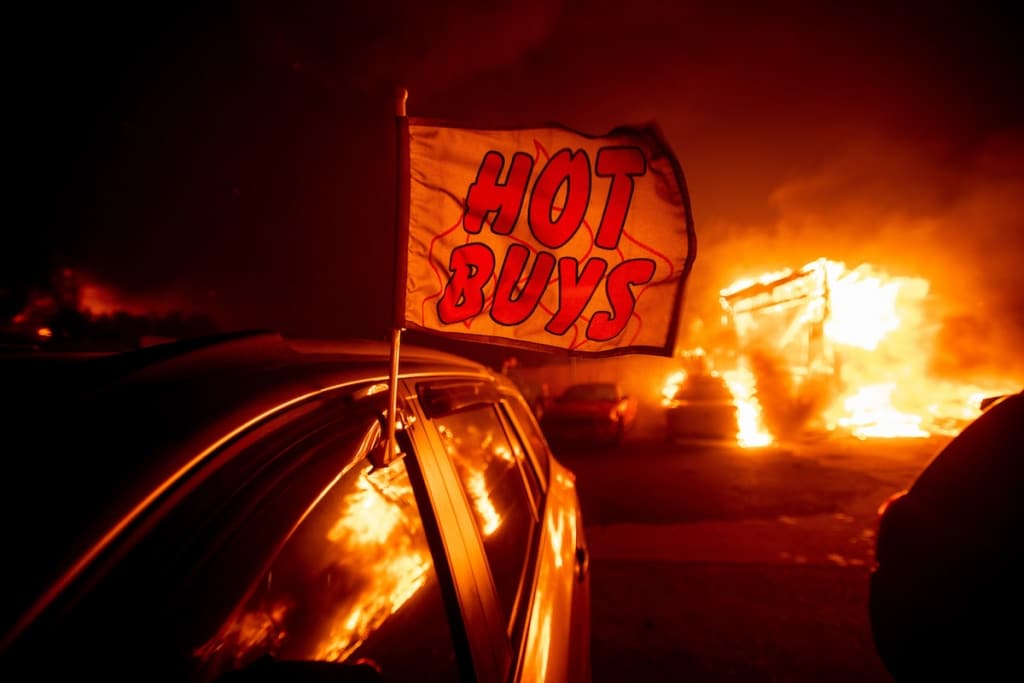 Next: See more haunting photographs of the 2018 California wildfires.

Page 1/2
Moved by these images? Share
Like My Modern Met on Facebook
Get Our Weekly Newsletter
Become a
My Modern Met Member
As a member, you'll join us in our effort to support the arts.
Become a Member
Explore member benefits