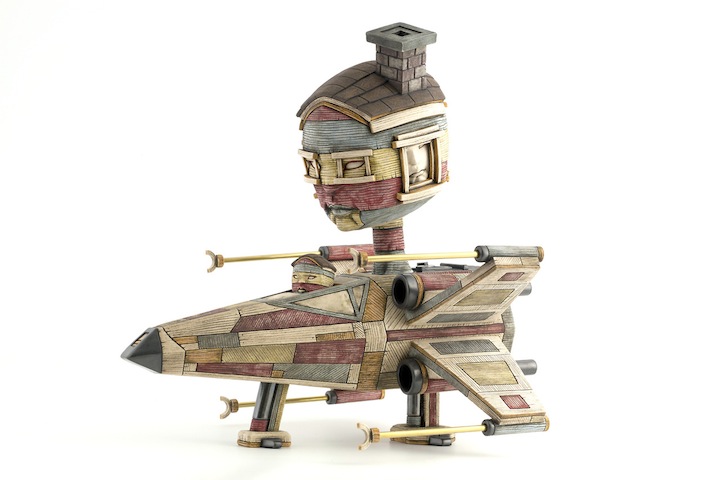 San Francisco-based sculptor Calvin Ma's quirky little figures have quite the personality. The meticulously constructed toy-like characters are made out of ceramic, glaze, stain, twine, and resin, and draw upon pop culture references to blend human forms with transportation vehicles–like a Star Wars X-Wing Starfighter–that are seen in movies and cartoons.

Many of the sculptures are inspired by Ma's toys and action figures that he had while growing up. The artist enjoys reconnecting with his childlike self to create artworks that tell a playful and imaginative story. He says, “As an introverted and socially awkward kid, the plastic heroes, villains and their vehicles helped me cope with my inability to socialize. They served as an escape for me and soon became a passion. Now, as an introverted and socially awkward adult/artist, I create artwork that reflects on the struggles I have with social anxiety.”

This fun collection, entitled Homebodies: Recollective, will open on November 15, 2014 as part of Ma's solo show at the Modern Eden Gallery in San Francisco. 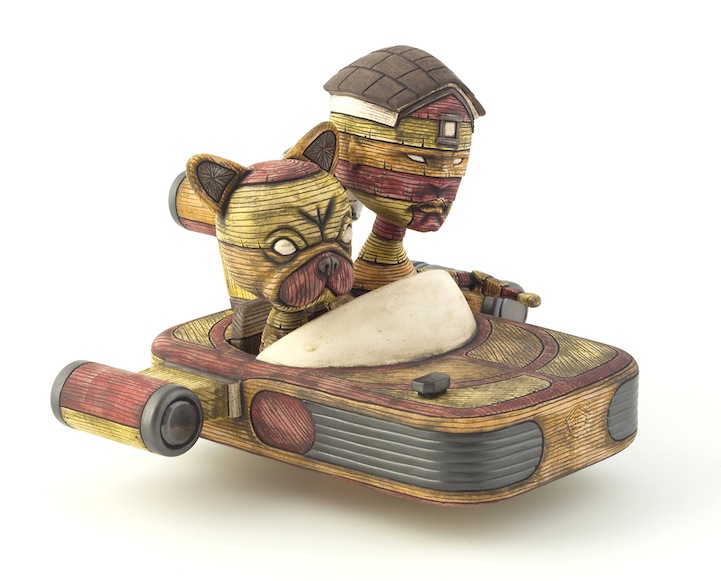 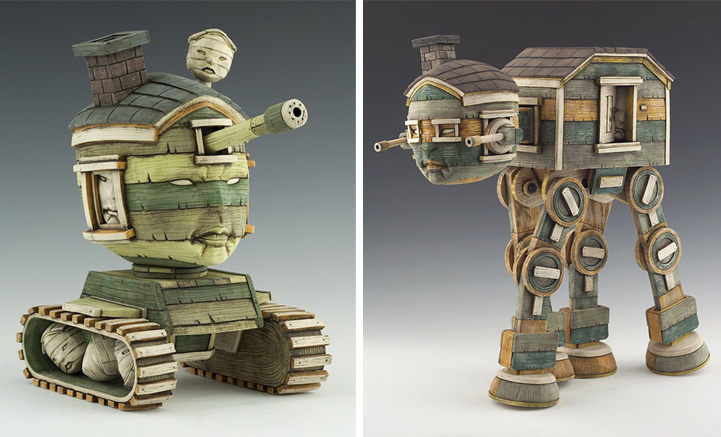 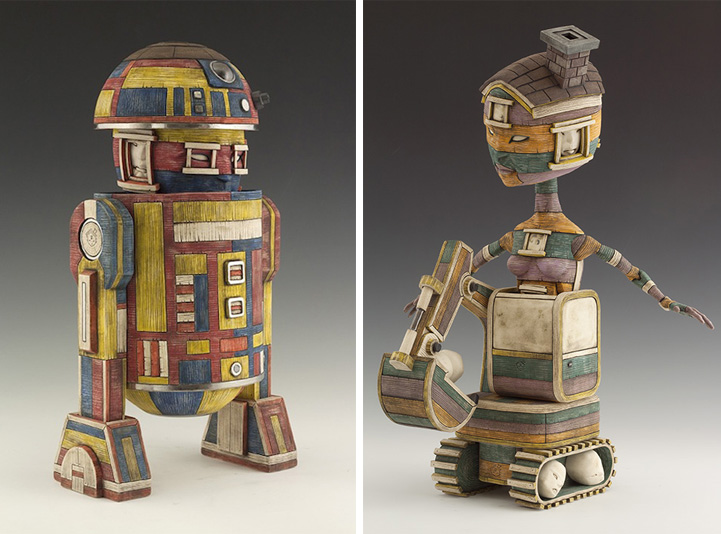 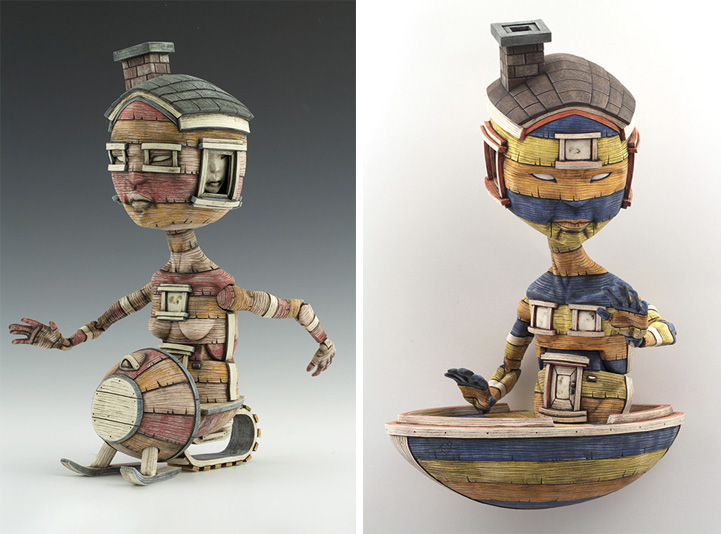 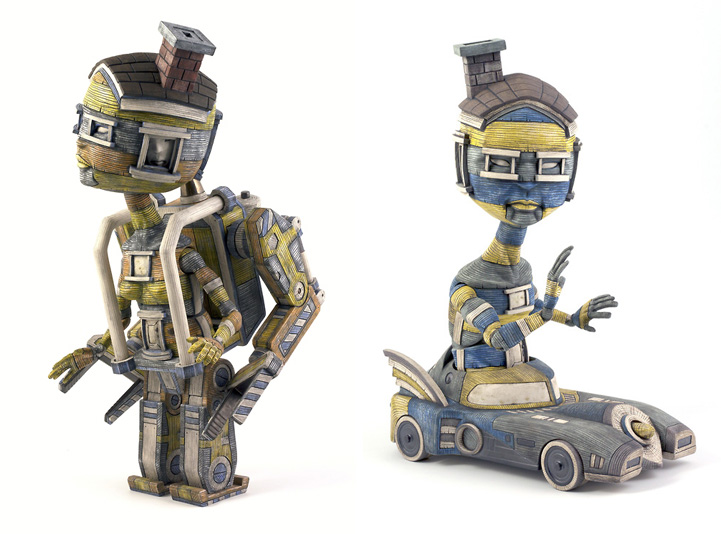 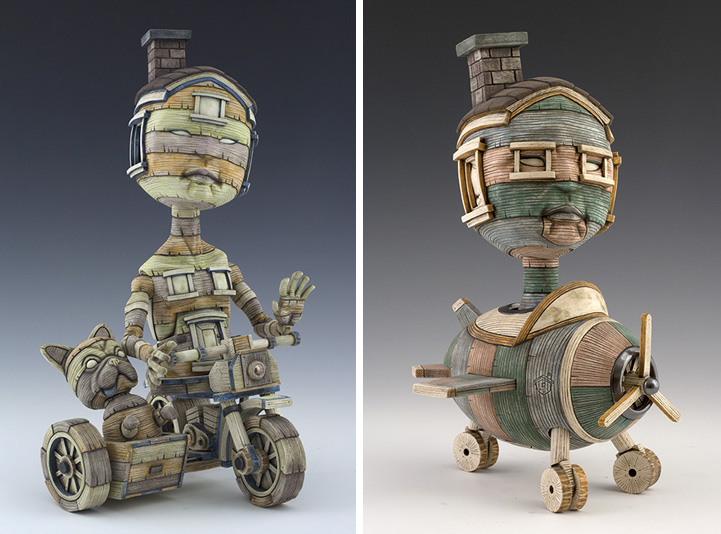 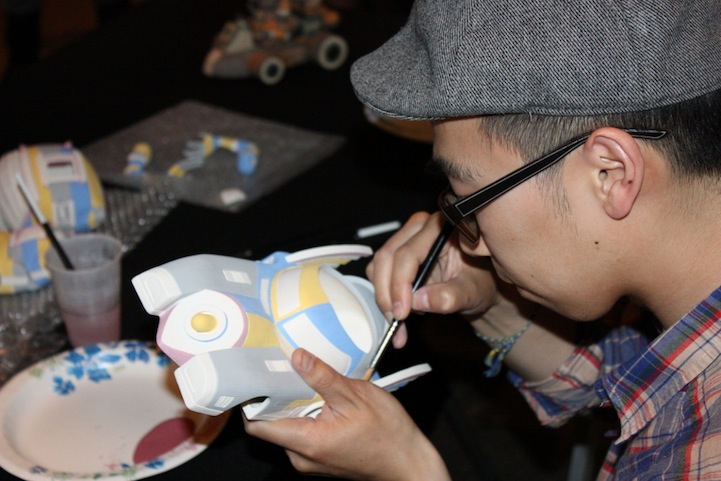