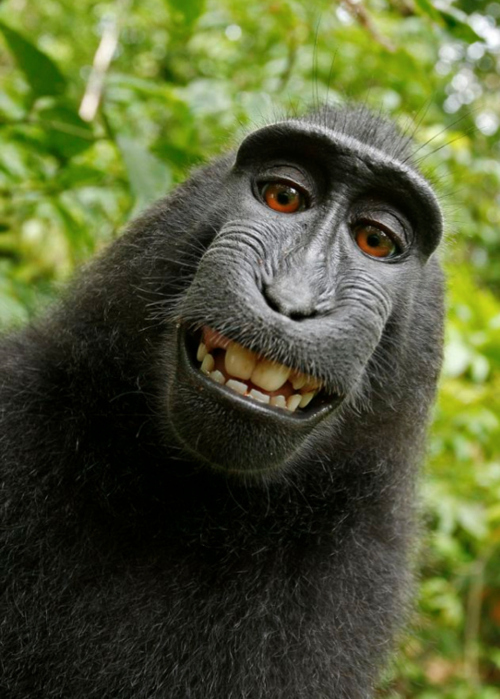 It's been a few days since news broke out about a camera-stealing monkey with a wicked grin. We believe it was Telegraph who first told us about photographer David Slater's recent trip to a national park in North Sulawesi, Indonesia where he left his camera unattended for a moment. What came next? A crested black macaque monkey snatched his camera up and snapped hundreds of photos, including this stellar self-portrait.

“At first there was a lot of grimacing with their teeth showing because it was probably the first time they had ever seen a reflection,” Slater told Telegraph. “They were quite mischievous jumping all over my equipment, and it looked like they were already posing for the camera when one hit the button.

“The sound got his attention and he kept pressing it. At first it scared the rest of them away but they soon came back – it was amazing to watch.

“He must have taken hundreds of pictures by the time I got my camera back, but not very many were in focus. He obviously hadn't worked that out yet.

“I wish I could have stayed longer as he probably would have taken a full family album.”

Just like the Squirrel Photobomer, Sad Keanu, or Princess Beatrice's Hat, could the camera-stealing monkey become a meme? Perhaps. Huffington Post starts it all off with their viewers' photobombing photos. If you'd like to try this out yourself, Huff Po also provides an image of the monkey for you to download. 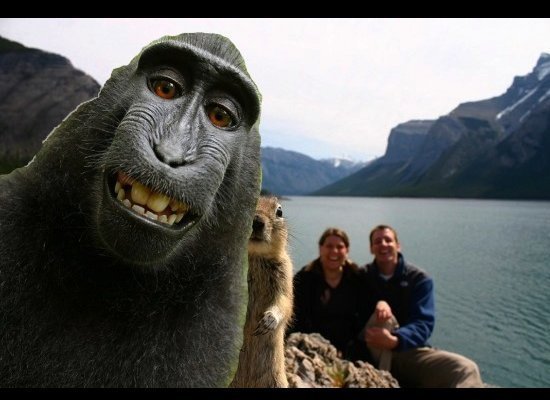 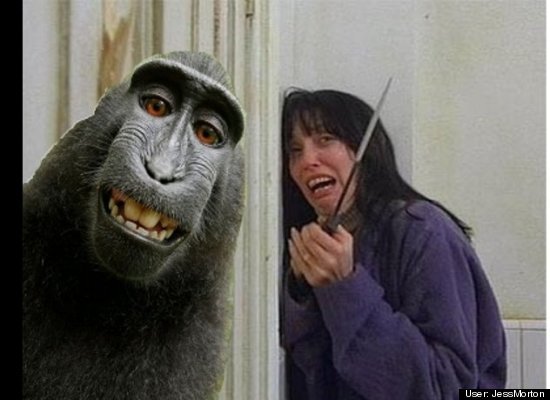 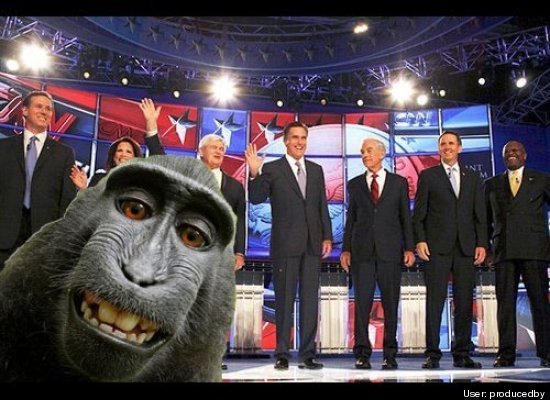 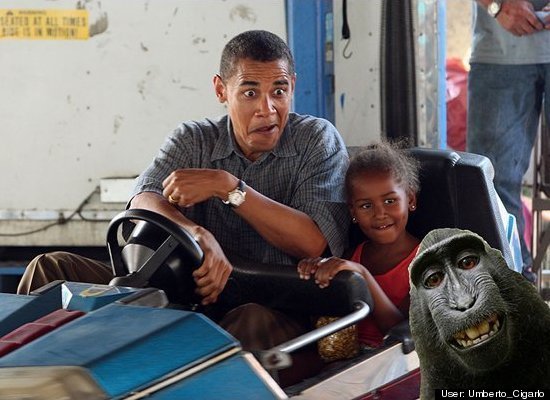 Hilarious! Can't get enough of that grin…