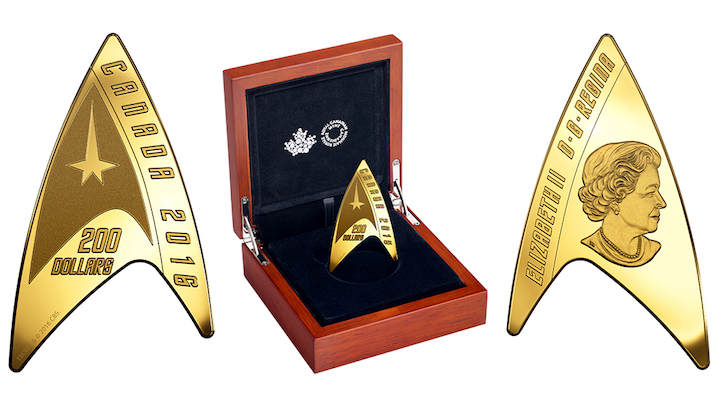 With so many services going digital, paying with paper money and metal coins often seems like an antiquated practice. The Canadian Mint, however, is now making currency that you’ll actually want to carry. They’ve created an entire line of Star Trek-themed collectible coins that commemorate the iconic franchise’s 50th anniversary.

This limited edition currency—and completely legal tender—will be released over the next several months with coins that vary in value. The most unusual (and most expensive) of the collection is the Starfleet-delta shaped coin that resembles the insignia worn by everyone serving on the USS Enterprise. Made from 99.99% pure gold, it has a face value of $200—but because it’s minted in such a valuable material, it actually costs $1,300 in Canadian dollars.

For those who don’t want to break the bank on a gold coin, the Canadian Mint offers some lower price-point options that have a face value between 25 cents and 20 dollars. The line features full-color renderings of the USS Enterprise, memorable scenes from original episodes, as well as four coins dedicated to some of the beloved characters—Captain Kirk, Scotty, Spock and Uhura.

All coins can be purchased or pre-ordered through the Canadian Mint shop. 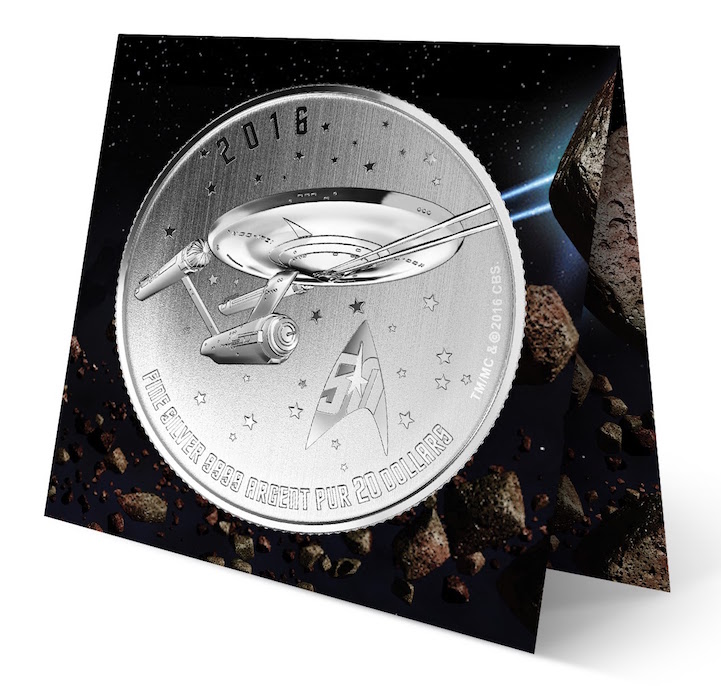 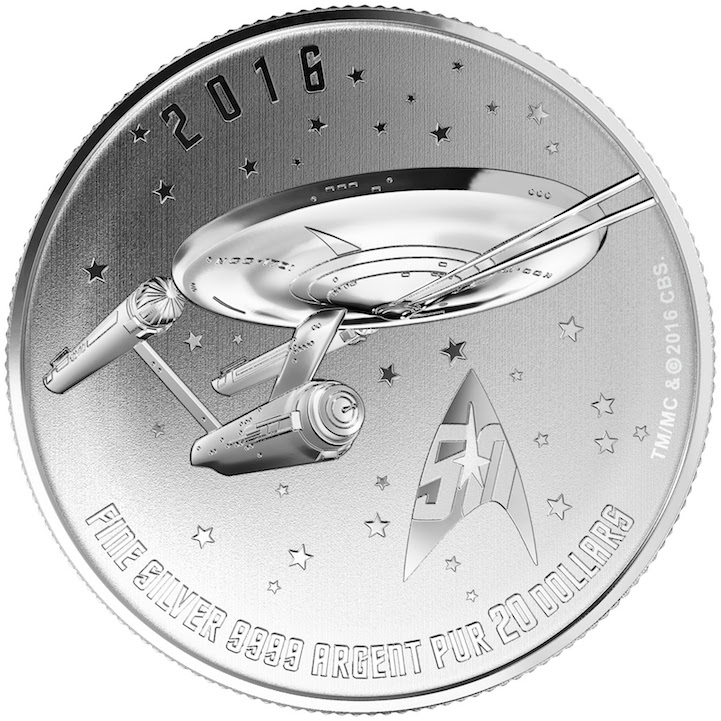 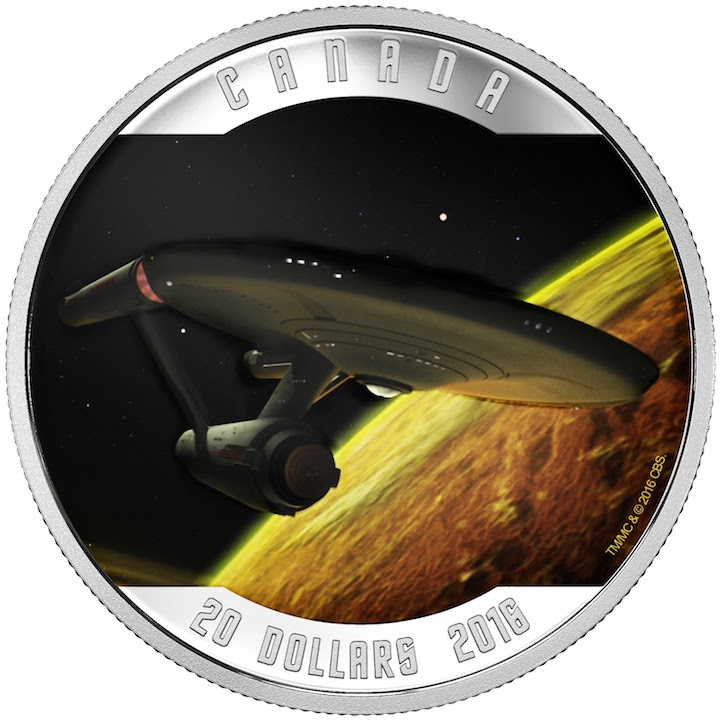 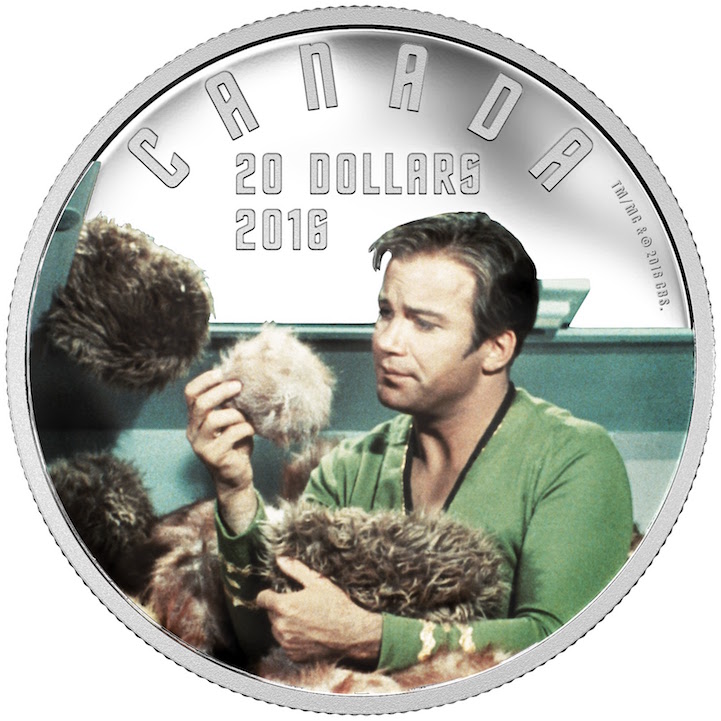 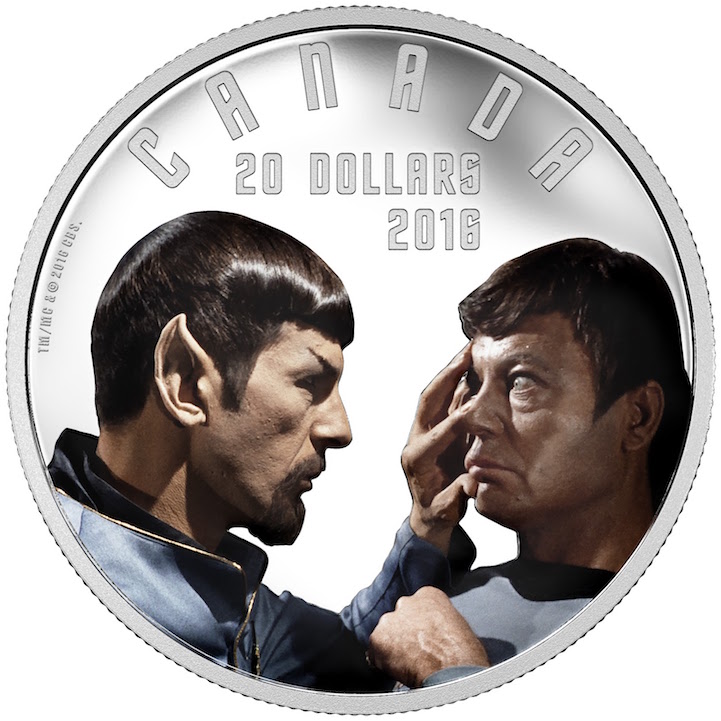 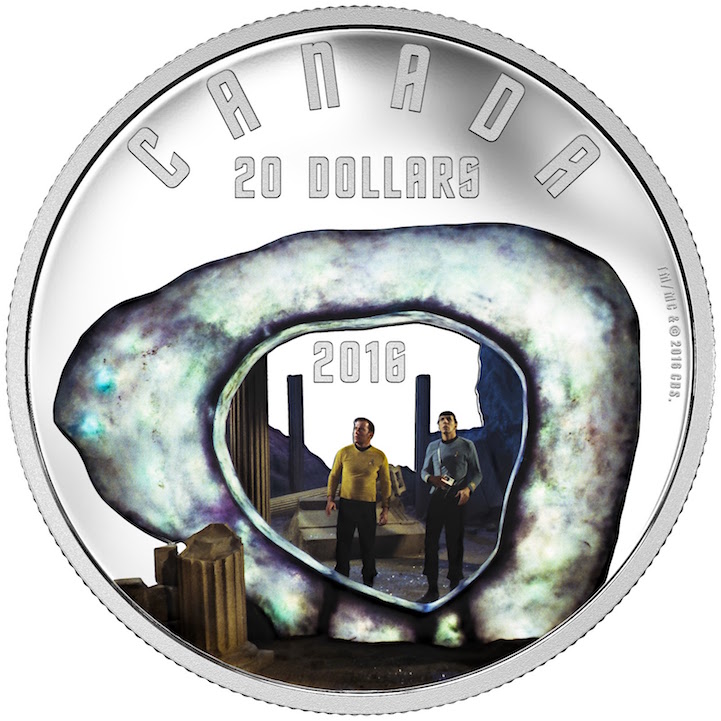 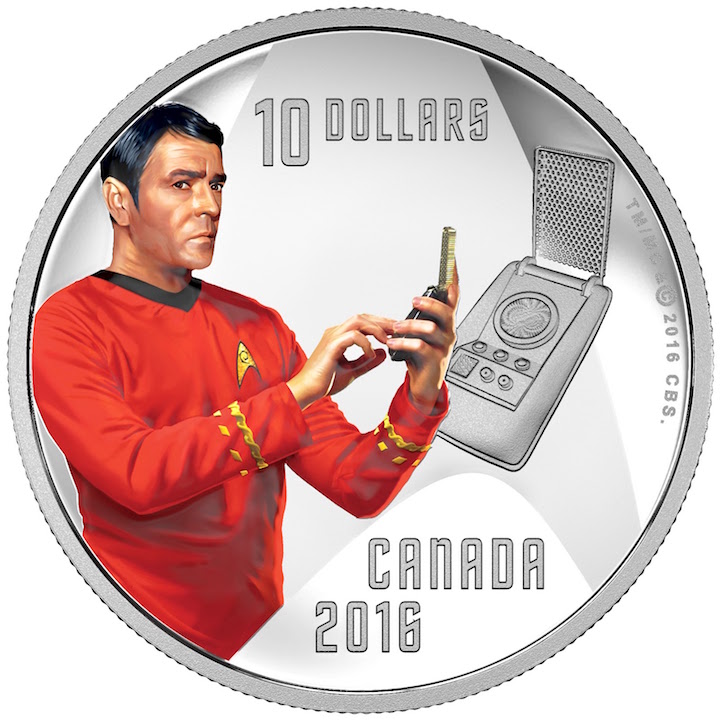 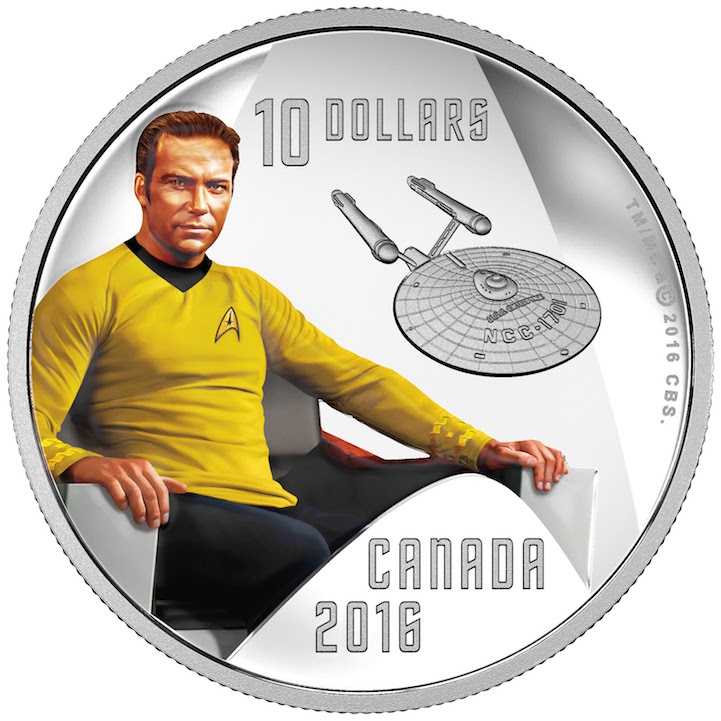 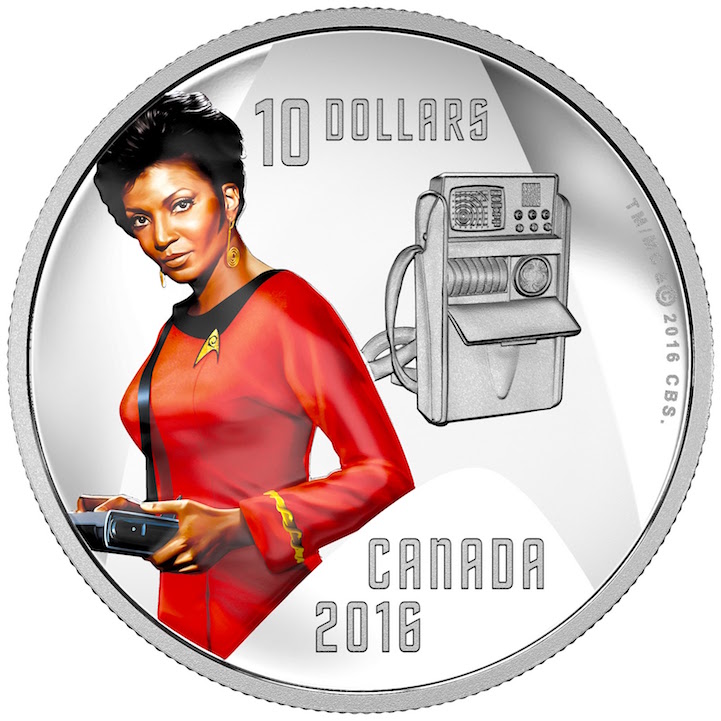 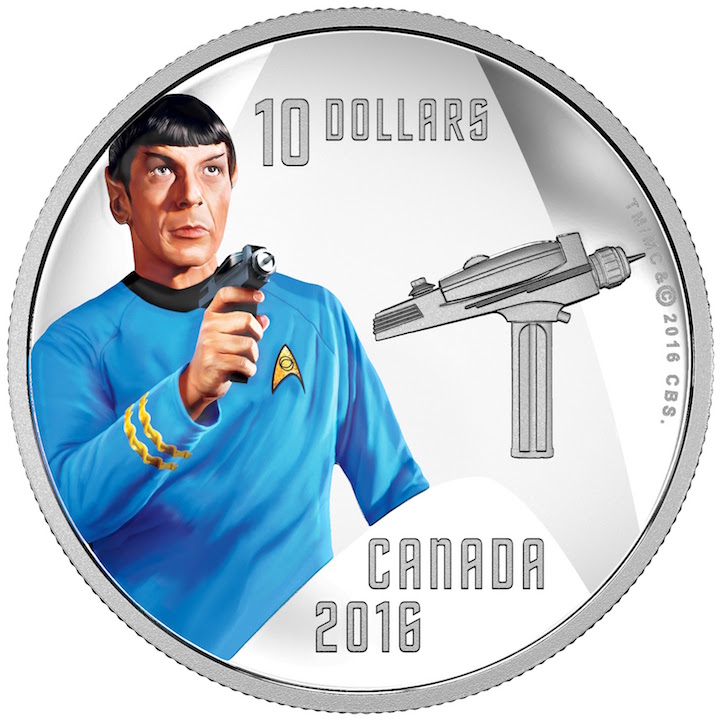 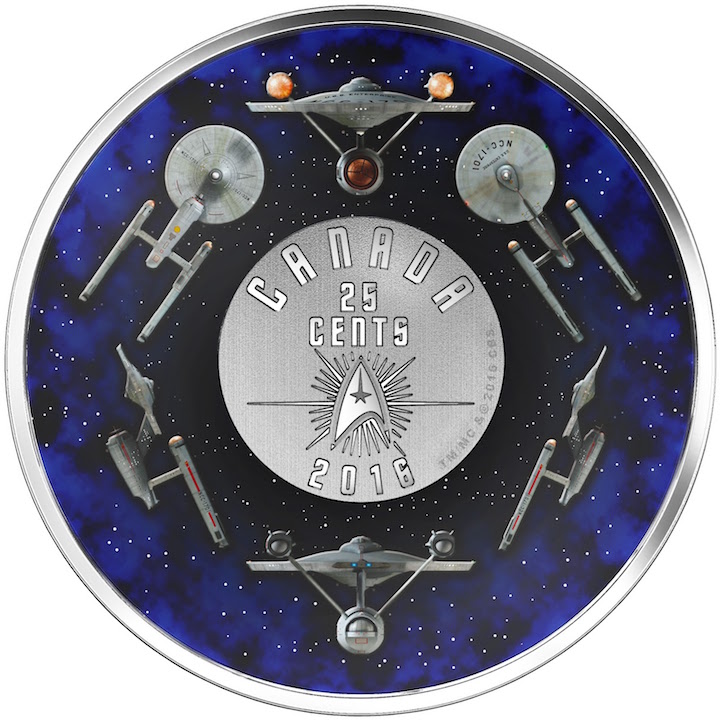