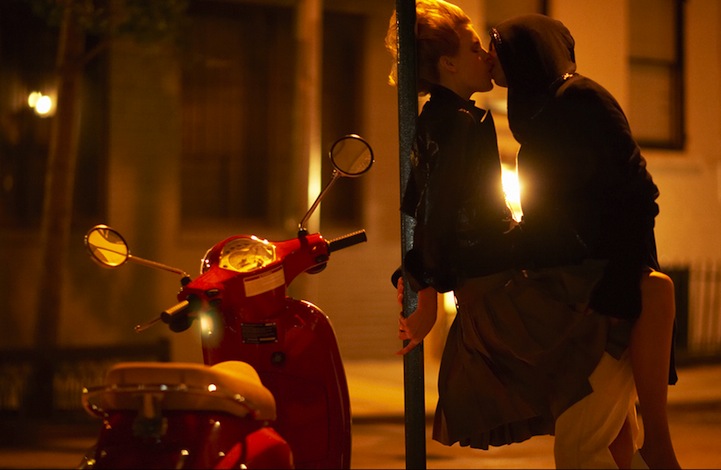 Just how does a photographer capture pure, passionate moments? Just ask Michael Creagh. Working with fellow fashion photographer Rinze Van Brug and fashion stylist Keith S. Washington, they've created a beautiful series of kissing photos for Metropop Magazine. Why kissing? Creagh explain, “It was exciting and a little unexpected. It is a fashion story, so why tease with hot models just out of reach of each other? Instead, we had them interlocked in a New York night scene.” After scouting several locations, the photographers settled on their scenes and shot the whole series in one night. Read all about what went into them in the short Q&A with Creagh, below. Most interesting fact? Though the women in all of these photos are models, the men they're kissing are not. Like Chris Craymer, he realized that true passion couldn't be forced. So, he enlisted the help of the models' actual boyfriends. 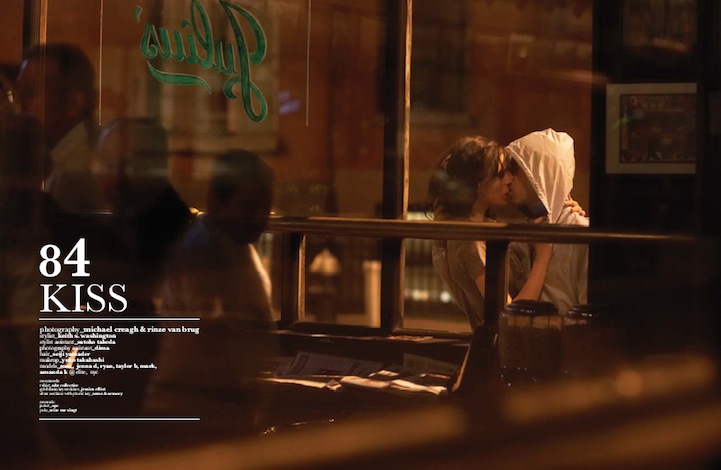 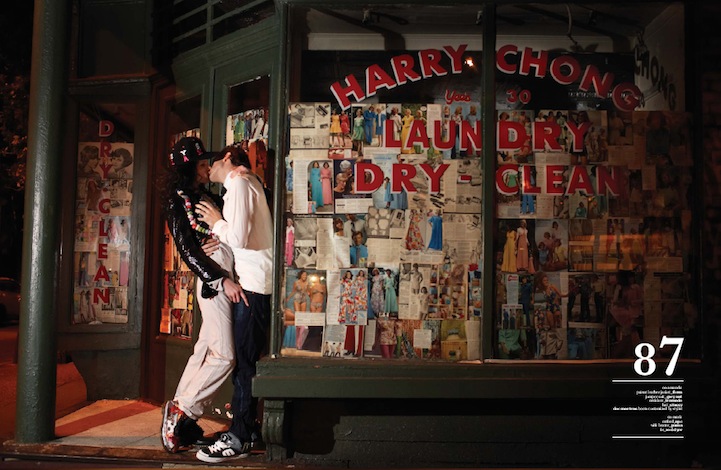 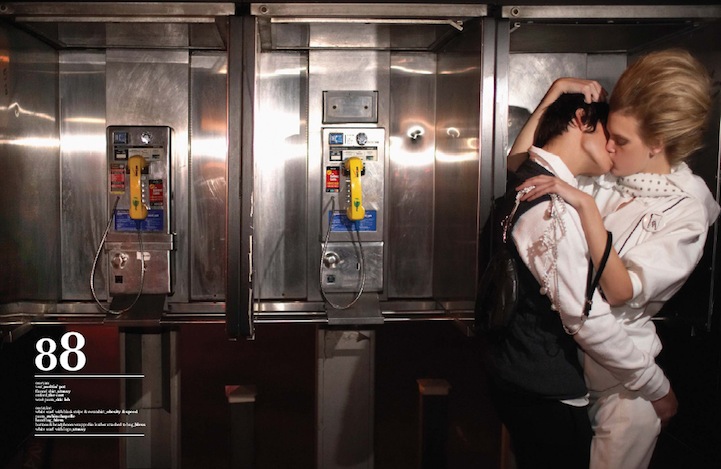 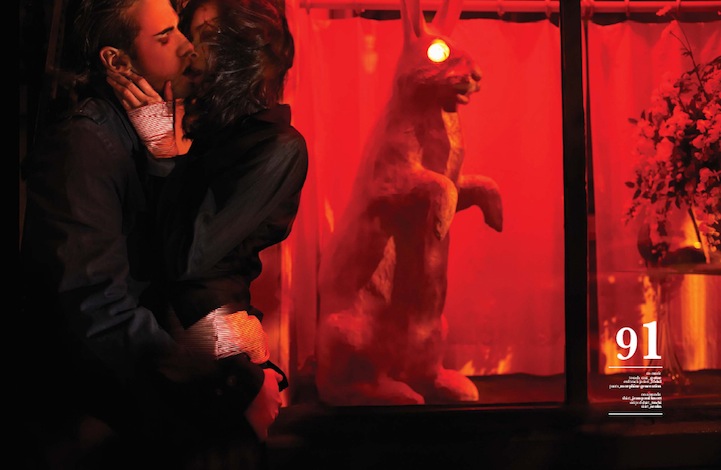 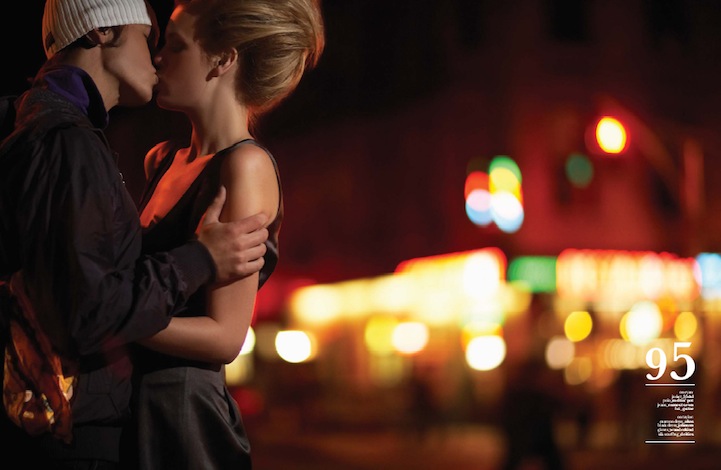 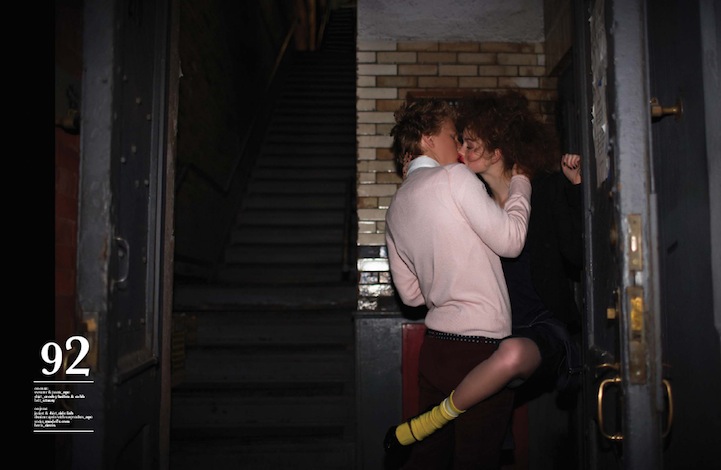 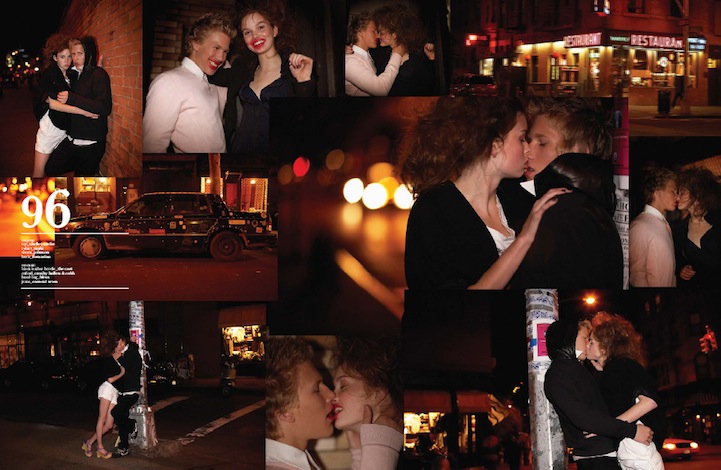 Q: What kind of work goes into taking these shots? A: It was a production; conceptualization, scouting, casting, permits, hair & makeup, lighting, even rolling clothes down the street. But we were a pretty small crew. It was a challenge to pack light and be mobile. We had a home base and some vehicles, but we barely used them. The lighting was simple. We balanced the existing light with some of our own. We wanted it to feel like New York. Depending on the scene, that sometimes meant just a tripod, or the flash on the camera so it looks like their friend took a juicy snap. A few times it got a little more complicated. Q. Were the shots all taken in New York? A: New York is important to us. Rinze and I, both live and work here. We scouted several great streets in the West Village and a couple in the East Village. Surprisingly, we shot the whole series in one night. I could imagine expanding the series to include many cities and villages, each giving their own romantic feel. At the time we didn't even consider it. Q: Who were the subjects? How did you make them look so natural? A: I always think one of the hardest things to do in directing people is to get them to do what they are not comfortable in doing. We did hire models, but only females models. The men are the cute boyfriends. I approached Elite Models and asked my agent friend who might be interested. We got a great response. They sent portfolios of the girls and a Polaroid of their beau. We didn't force them. They had a blast. More fun than we were having. They just made out for 20 minutes, while Rinze and I altered our angles and light. It was pretty sexy and at points sweet. We just had to create the right mood with light for each scene and capture the moment. Probably the funniest thing about it was the stylist, Keith S. Washington, would keep having to jump in to adjust the clothes as the couple tussled them too much. Q: Any advice you'd give to aspiring photographers? A: My best advice for photographers is to pay real attention to the social relations involved in photography. You have to make something out of nothing: that is very hard to do by yourself. It takes few talented people to make productions come together. Start building relationships with fashion stylists, editors, modeling agencies, etc. For instance, you need a great model. The first couple years of my photography I worked really hard on lighting to make normal people look like pretty models. The last several years, I have been working on finding better and better models that can take any light. You set up your lighting, your backdrop and you photograph a friend in black and white, and you show people and they say, “Wow, I like your photography. It's great.” Now, you don't change your lighting for better or worse, but you put in a gorgeous model in the same scene and people are like, “Wow, you are amazing at lighting. You really understand beauty.” Q. Any quotes you live by? A: No quotes, just challenges. Michael Creagh's website Michael Creagh's blog Rinze Van Brug's website via PDN