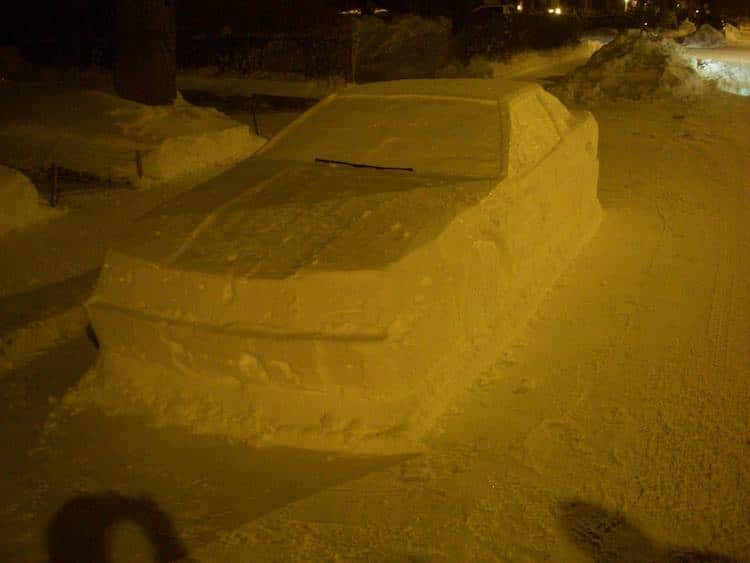 When there's massive snowfall, there's not much you can do besides binge-watch Netflix in the comfort of your own home. With drifts measuring multiple feet high, it's hard enough to walk around the neighborhood, let alone drive a car. Snow crews work tirelessly to get people moving again, which is why you'll see that certain roads are off-limits for parking during storms. Most people adhere to these rules and move their cars. One Montreal resident, however, decided to have some fun and see if he could fool the cops patrolling the streets. Using only snow and a lonely windshield wiper, machinist and cabinet maker Simon Laprise constructed a snow sculpture that looks just like a DeLorean DMC-12, aka the car from Back to the Future.

Laprise's handiwork is beyond impressive. At first glance, it looks just like a car covered in a ton of snow. He piled and packed the powder so that when complete, it had a windshield, doors, and notches for the wheels. To further his illusion, Laprise even incorporated an actual windshield wiper into his work—just like something you'd find on a real vehicle drowned in snow. This, he tells VICE, was a “stroke of luck,” as he just happened to spot it when creating the faux vehicle. Once Laprise had finished his masterpiece, he simply let it be.

With this attention to detail, it's no wonder that patrol officers were actually fooled. A cop car made its way down the street and stopped at the snow DeLorean. After some investigation, another patrolman arrived to look at the car, with their inquiries all caught on camera. The hilarity of this—along with Laprise's incredible snow-craft—led the photos to go viral. And that wasn't the only part of this story to gain internet fame; the cops left a ticket on the car that read, “You made our night!!!”

We have a feeling that we'll be seeing a lot more snow DeLoreans on the street after the next big storm.

After a massive snowstorm in Montreal, Simon Laprise decided to have some fun and fool the crews who plow the streets. 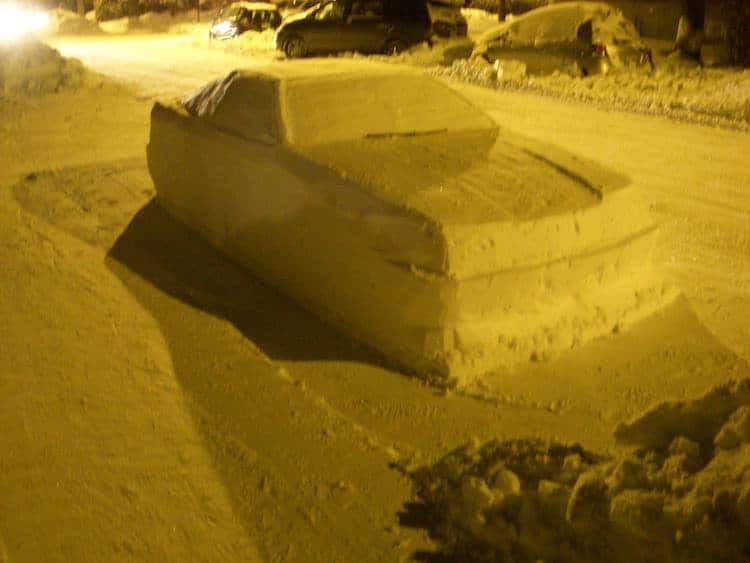 In certain areas of the city, it's illegal to park a car on the road during snow removal. 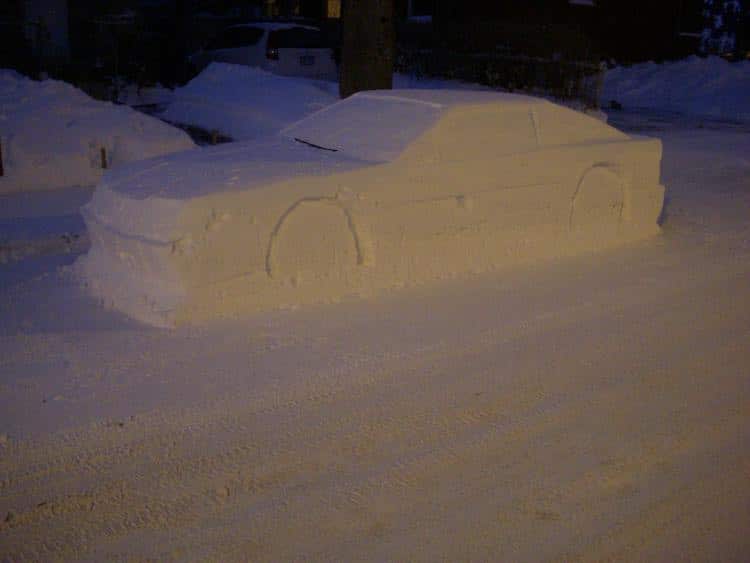 Laprise constructed a life-sized replica of a DeLorean DMC-12, aka the car from Back to the Future. 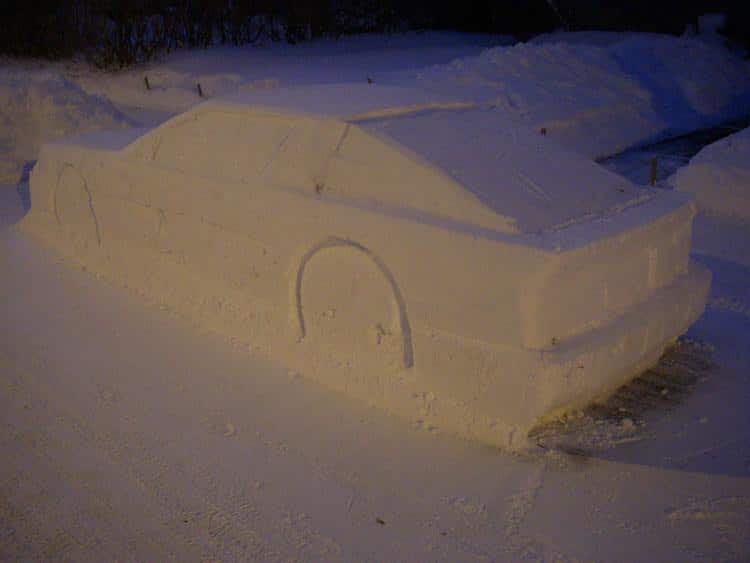 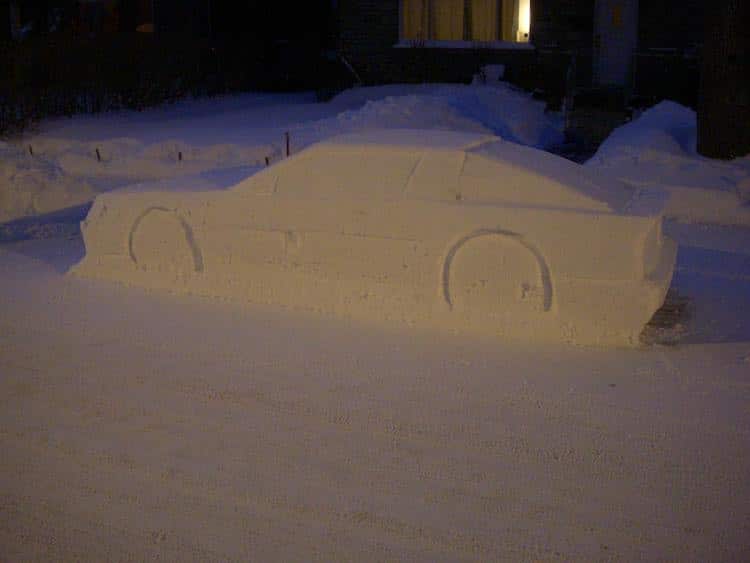 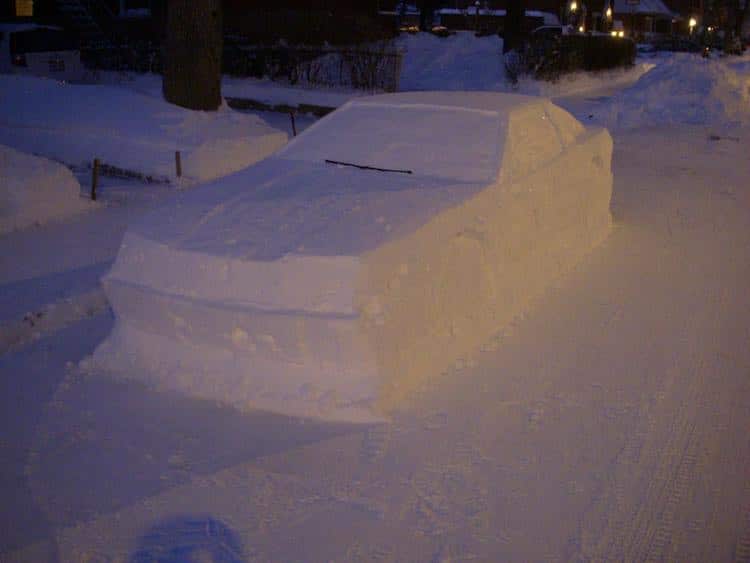 … real windshield wiper and all. 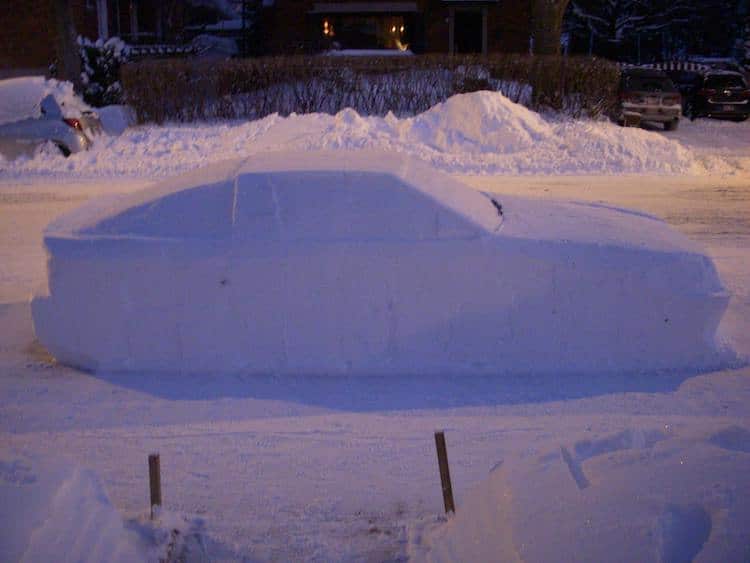 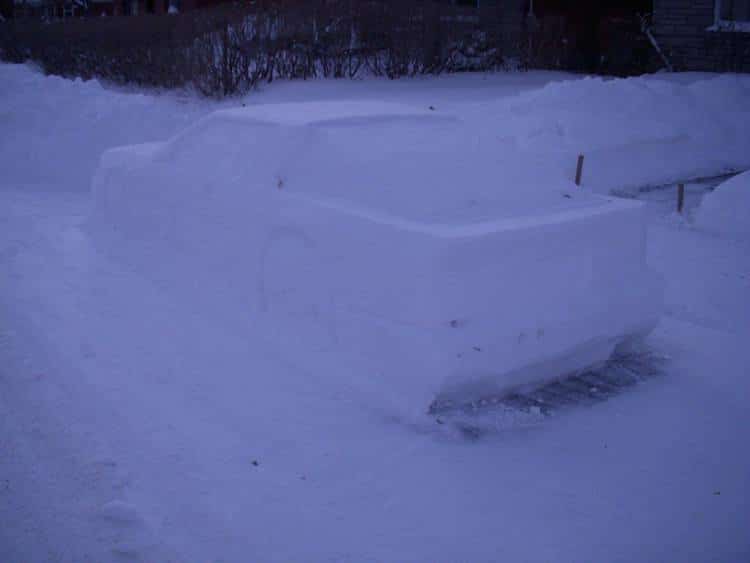 It's no wonder that the snow art fooled not one… 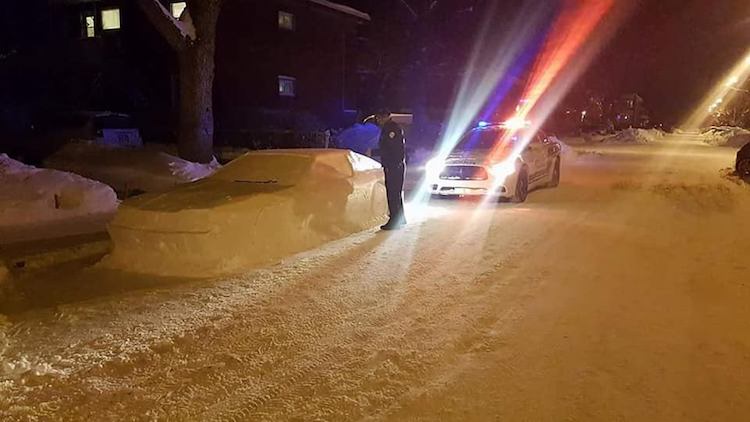 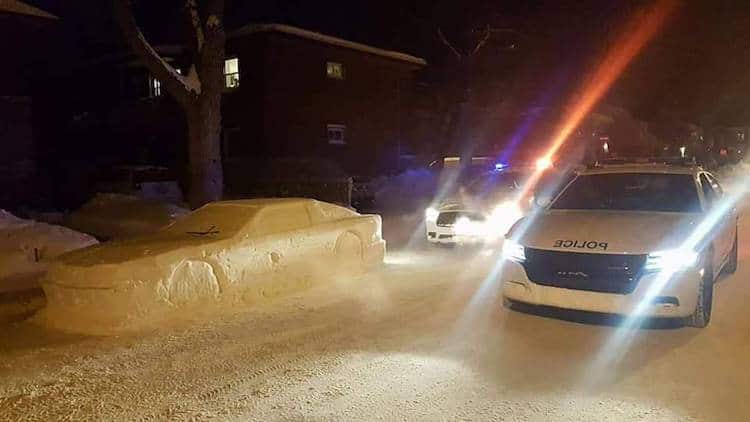 They were good sports about it, though, and left this note. 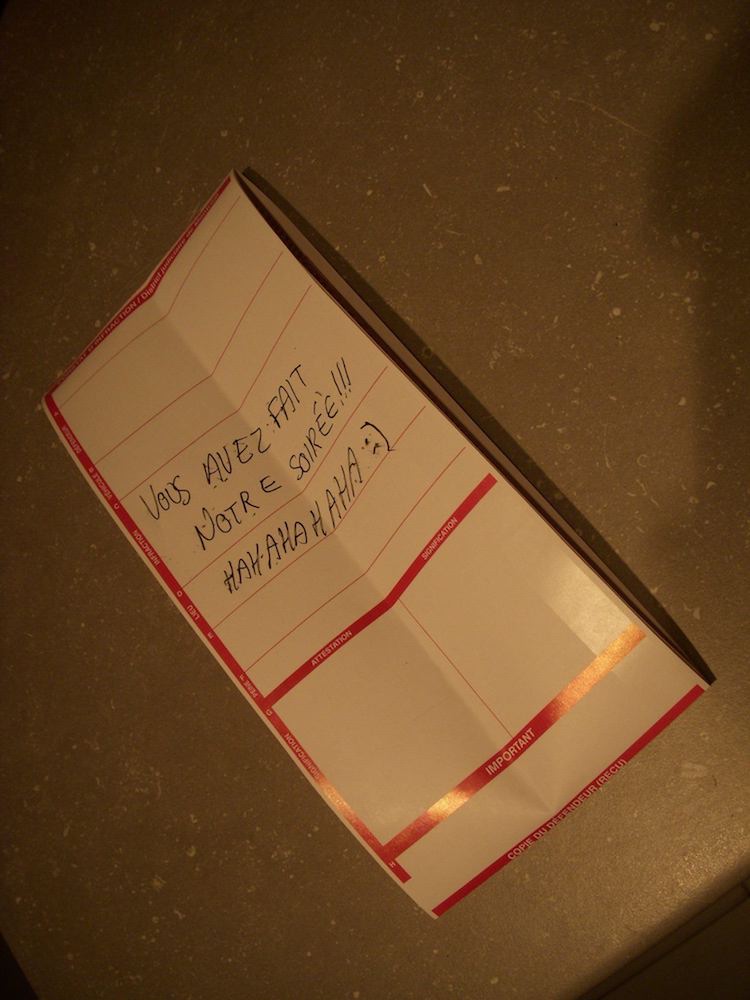 Translated, it reads: “You made our night!!! HAHAHAHAHA :)”

All images via Simon Laprise unless otherwise stated.

Hilarious and Heartwarming Photos of Dogs in Snow

Man Toasts Giant Marshmallow Over Fire Made Entirely of Snow