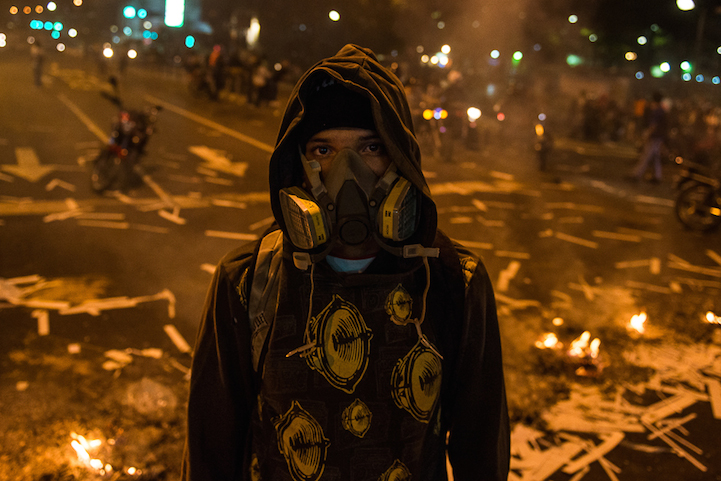 Caracas-based freelance photographer Carlos Becerra's photographs of the ongoing Venezuelan anti-government protests provide an eye-opening look at the waves of chaos, violence, and destruction that have swept over the nation. In these shocking images, protestors and security forces alike are seen running through the burning streets of the capital, with many protestors wearing gas masks and carrying crudely assembled shields in an effort to survive what has become a life-or-death situation for many.

The image above, depicting a young protestor looking straight into the camera while flames illuminate the wreckage and crowds behind him, lends a face of humanity to the protests, which are unknown to many people around the world. The civil unrest, which erupted in early February, is said to protest the high levels of criminal violence, inflation, and chronic scarcity of basic goods in Venezuela–problems that are largely blamed on the government. President Nicols Maduro's aggressive response and the brutality of security forces have only fanned the flames, creating an even more impassioned protest against the government in what is now being called the “Venezuelan Spring.” 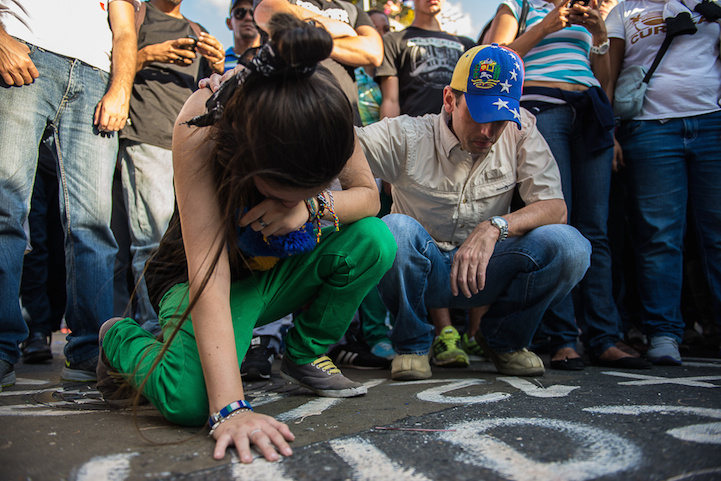 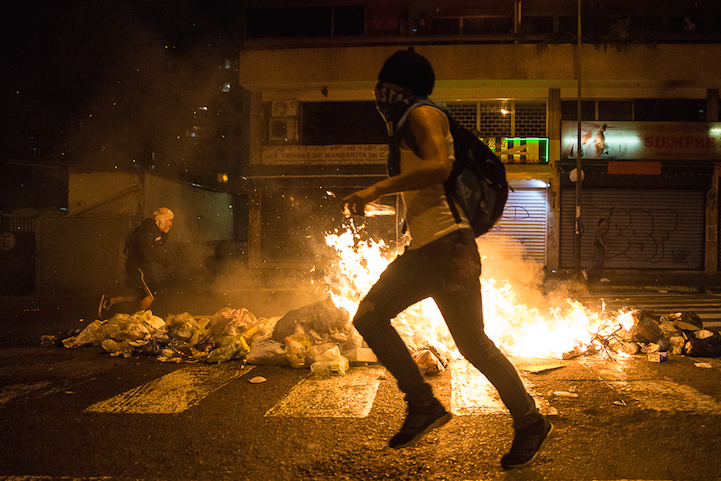 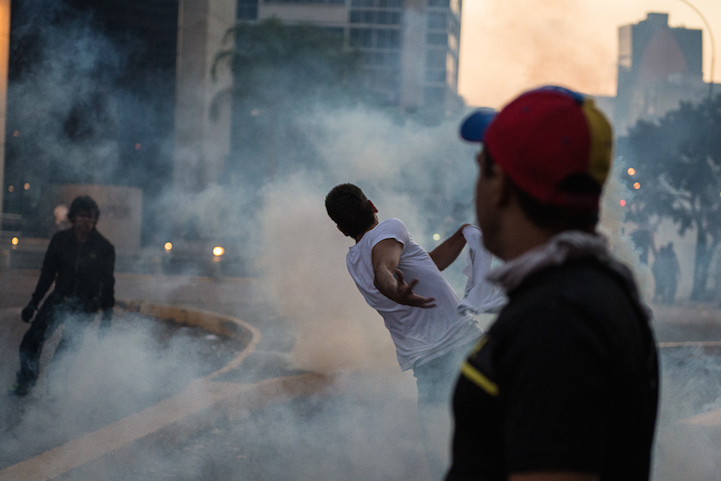 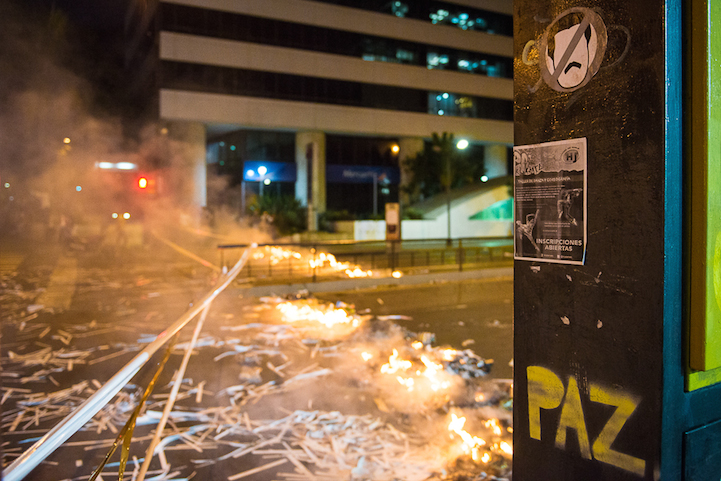 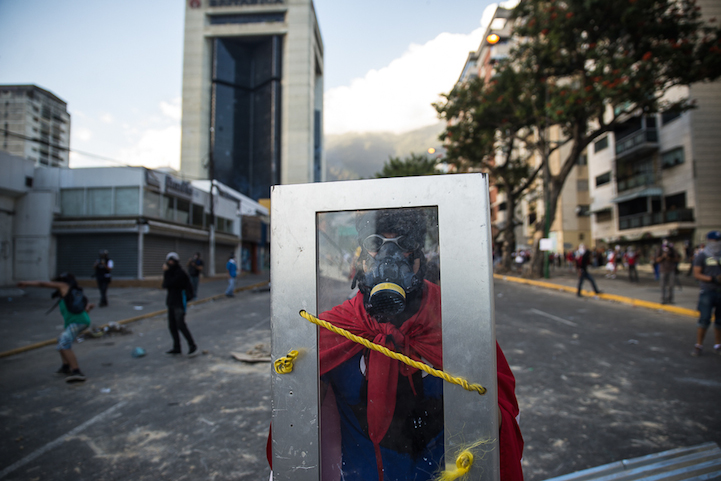 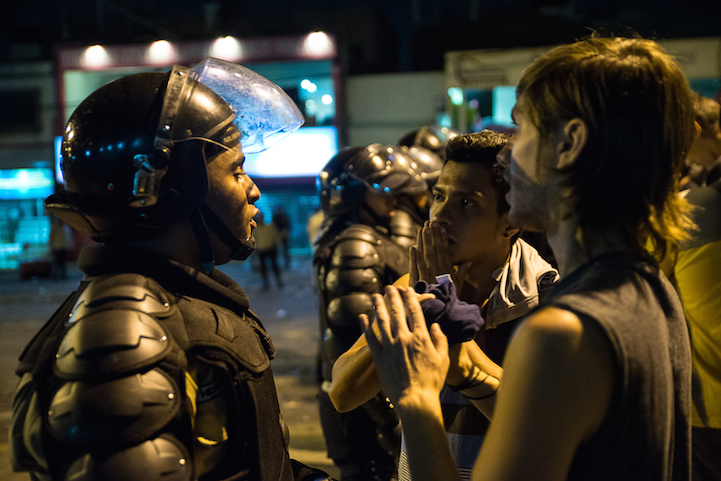 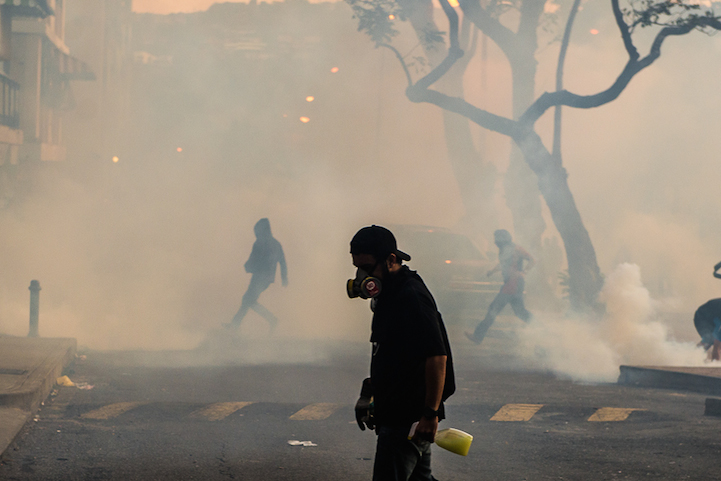 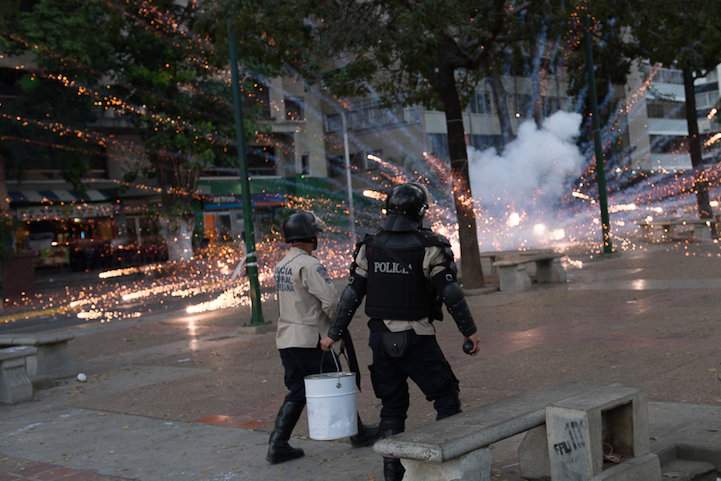