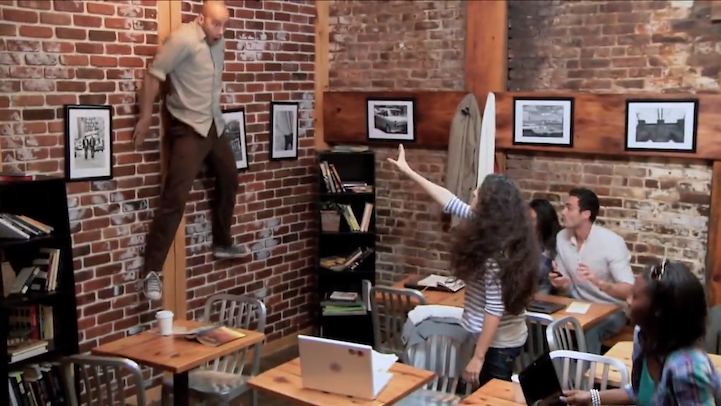 Several customers at the New York City coffee shop ‘sNice got a supernatural scare as a team of experts set up an elaborate prank to make it seem as though a woman loses control and deflects her her rage through telekinesis. Using a fake wall designed with a pulley system to hoist a stuntman up into the air, numerous remote-controlled tables and chairs, and spring-loaded books and picture frames, the scene was set for unknowing customers.

The cleverly crafted publicity stunt, created in anticipation of Carrie (a remake of the 1976 horror film slated to come out this Friday, October 18th), runs through a scripted scene for each innocent patron to react to. The hard-to-miss altercation involves a young woman getting so angry at another supposed customer for bumping her coffee all over her laptop that she turns to her telekinetic powers to teach him a lesson.

See the full video of the staged prank and real customers' reactions, below. 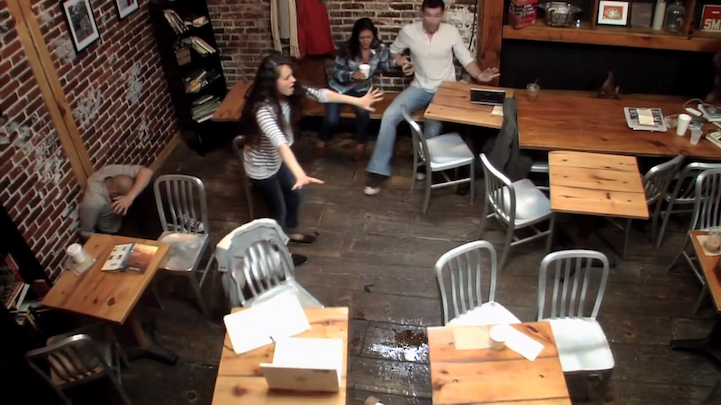