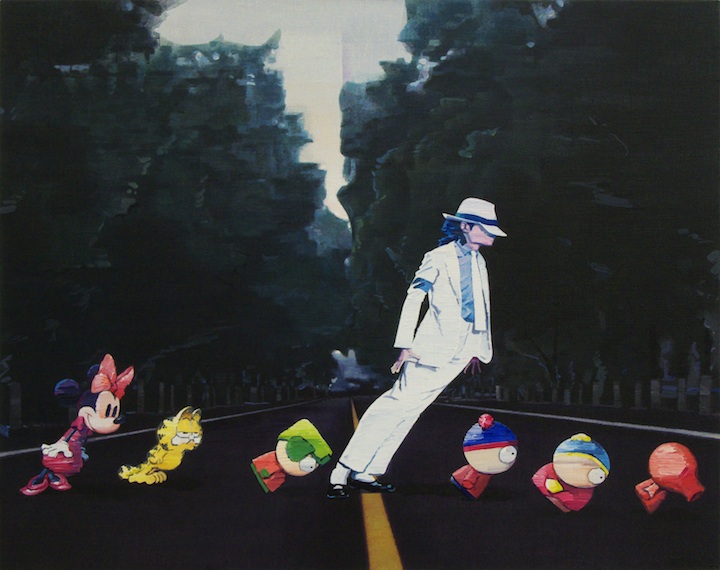 Call it the sign of the times when you see a crazy cast of Western cartoon characters painted into Chinese art. Zhang Gong is an artist who is currently exhibiting at the Eli Klein gallery in New York. With paintings that range in price from $5,000 to $70,000, three-quarters of which were sold out after just three week, Gong is one of several Chinese artists who is making a mark in today's contemporary art world.

His works show us how American pop culture has assimilated into a more modern China. Though, look closely, and you'll notice that there's an uneasy feeling on the faces of his characters. 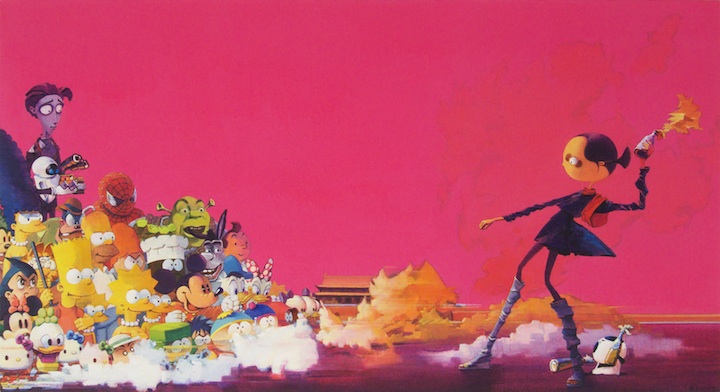 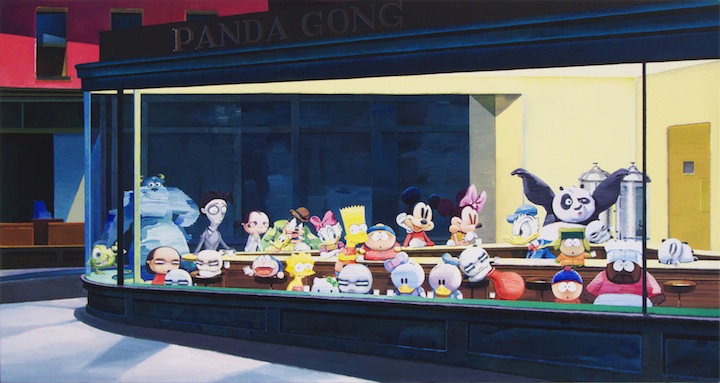 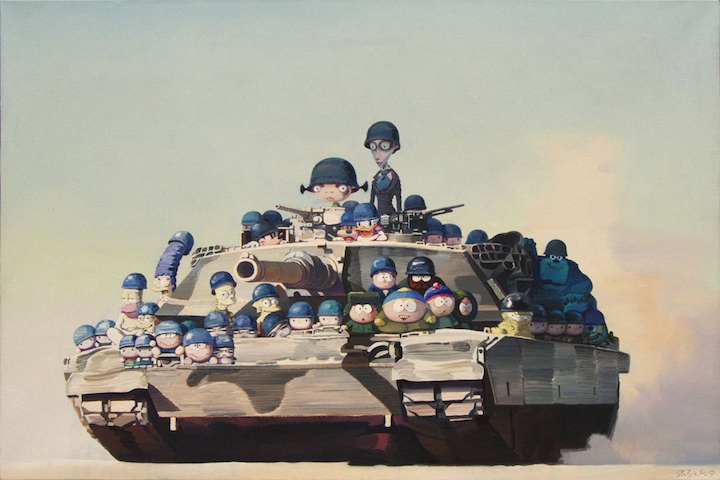 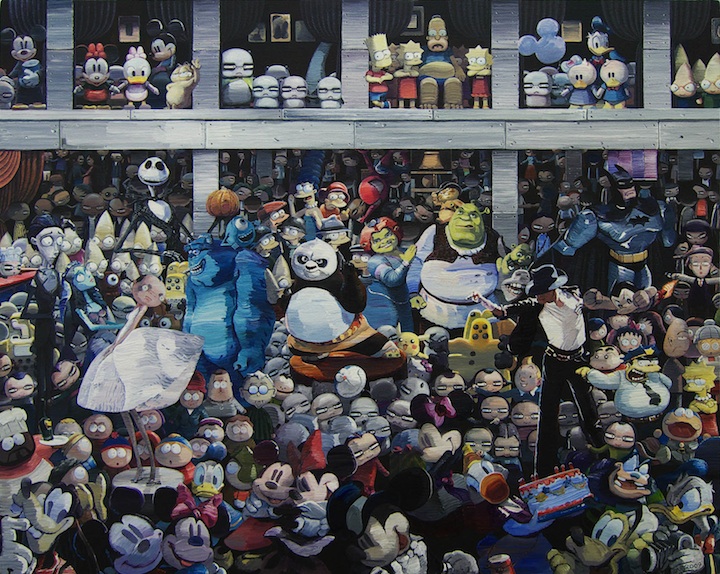 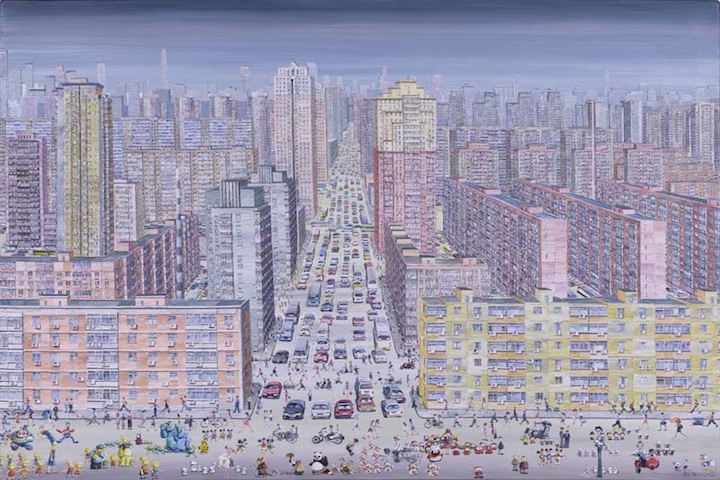 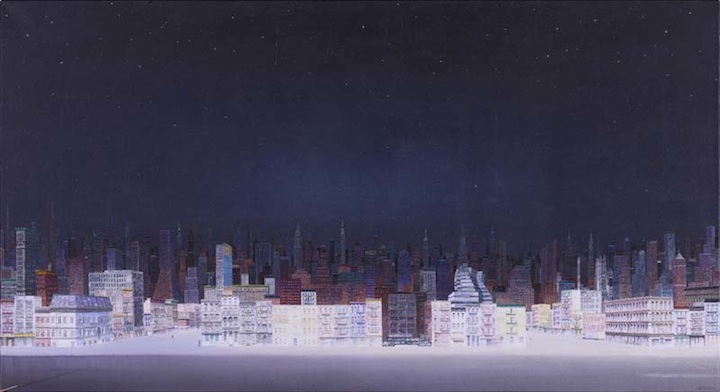 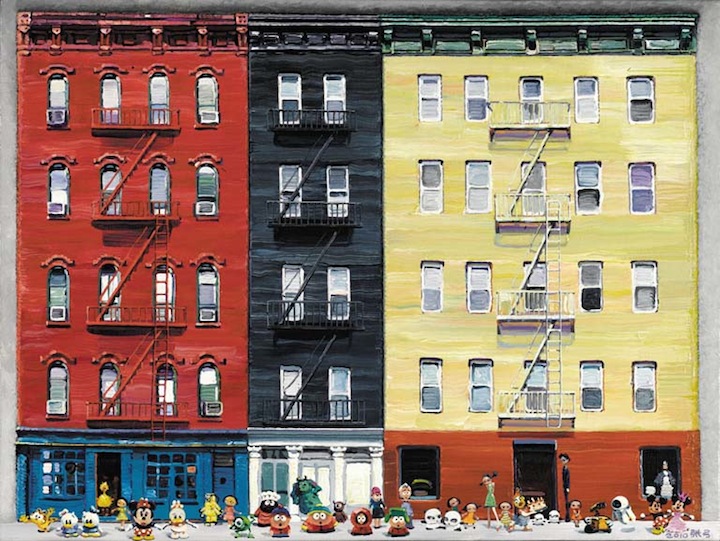 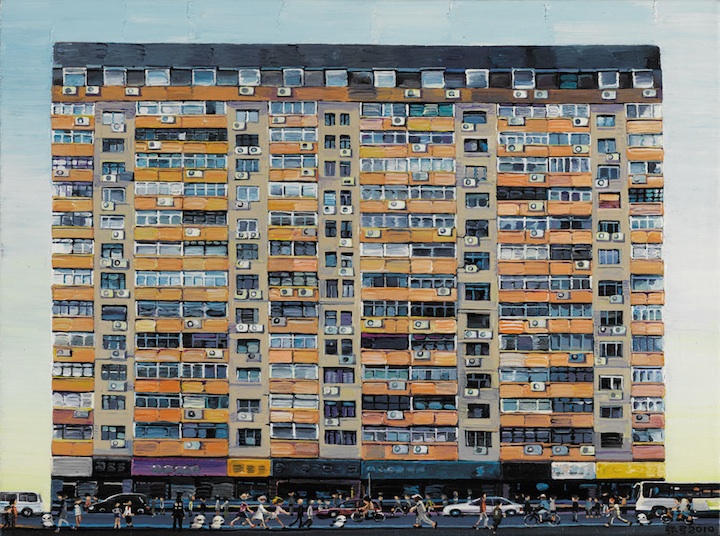 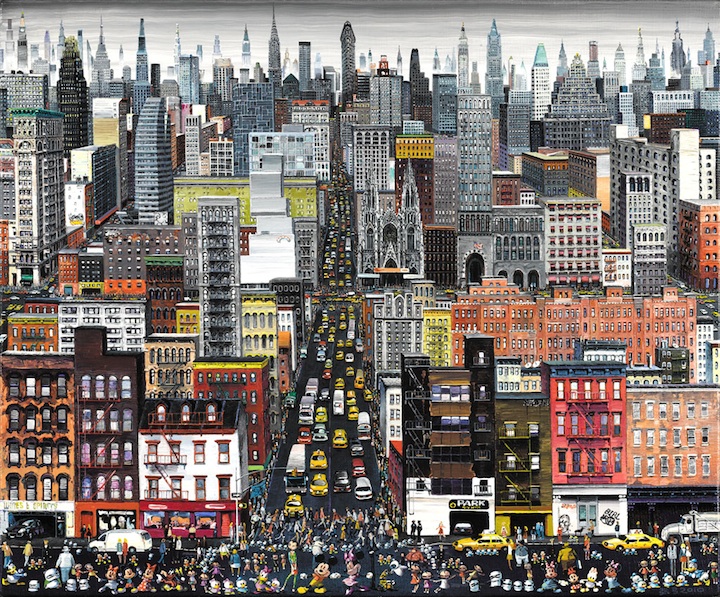 Zhang Gong received his Master of Fine Arts from the Central Academy of Arts and Design in Beijing and is currently a Professor in the Department of Information at Tsinghua University.

Eli Klein: “Zhang Gong's vision of New York, a panorama pieced together from pre-existing buildings and embellished with cartoon characters, has the visual effect of a chess game where all the pieces have rebelled against their grids and are now strewn across the board. While New York is portrayed through the eyes of a visitor, Beijing is depicted with the familiarity of a lifelong resident. In Beijing No. 1, the artist replaces historic imperial buildings with mundane offices and apartment buildings, each of them painstakingly detailed. Only the most prominent structures of day to day life are depicted, highlighting Beijing's modernization.

“Close attention reveals that the cartoons which were characteristic of Zhang Gong's earlier work now take a backseat to the prominence of the rows of looming buildings. His latest work gives way to a new theme where abstract form supersedes narrative, and definitive interpretation has given way to mere suggestion.”