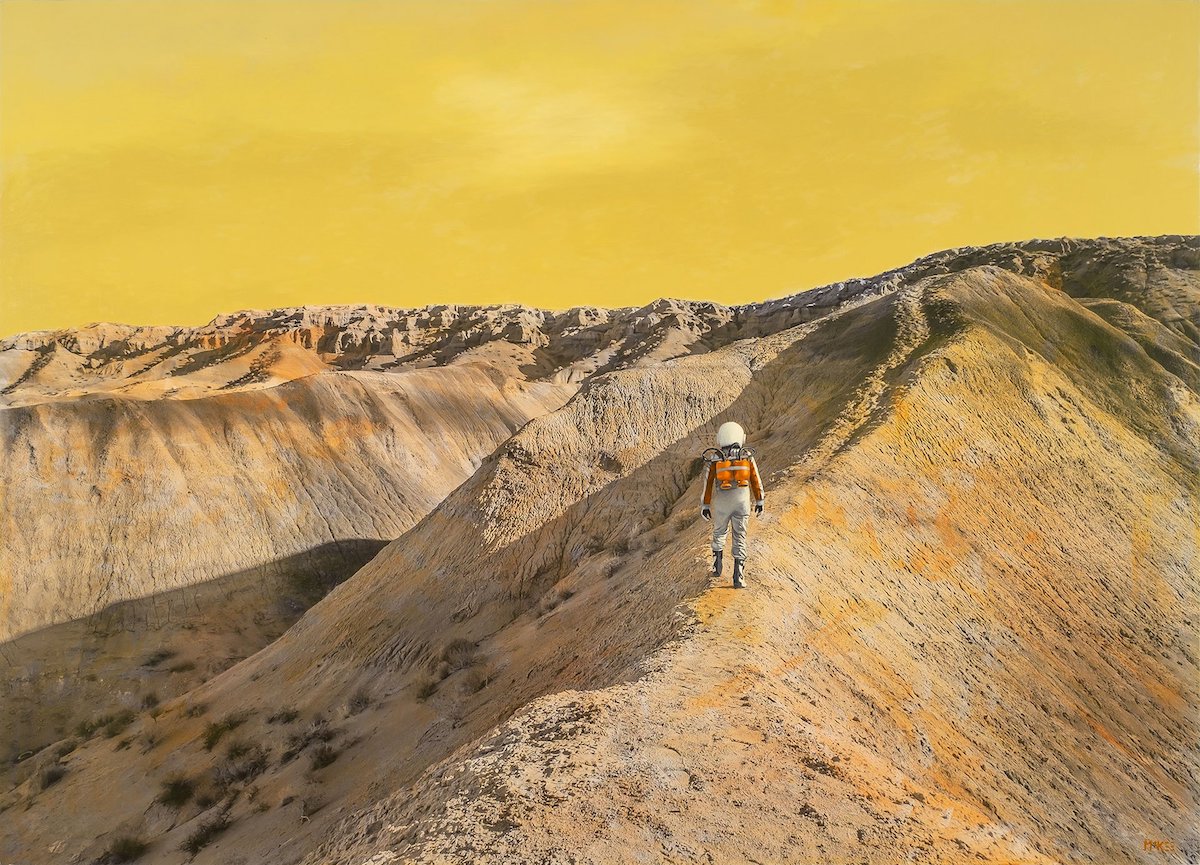 “So the World Won’t Find You,” photograph, oil on canvas. 130 x 180 cm, 2018.
This post may contain affiliate links. If you make a purchase, My Modern Met may earn an affiliate commission. Please read our disclosure for more info.

Contemporary artist Casey McKee uses a unique creative process to provide commentary on society and systems of power. Playing with viewer perceptions, his mixed media artwork walks the line between painting and photography. McKee often works in series, as he feels multiple images are the best way to develop his themes. His newest project, titled The Machine Stops, is a surreal voyage in a seemingly far off land.

McKee's work is rooted in photography and, through experimentation, he's carved out a process all his own to bring his artwork to life. Using liquid photographic emulsion, he's able to print his photographs onto a wide variety of materials. He began by printing photos on raw wood and handmade paper. Slowly he began incorporating paint into the images. Today, the paint has become quite dominant and he primarily prints on canvas. By playing with layers of paint, he's able to show or hide the photographic details below.

“After over twenty years of this evolution, my works now tend to be heavily painted, often adding elements into the images with paint that weren’t there originally,” McKee tells My Modern Met. “I enjoy the interplay between the two mediums, where it is not always clear where the photograph ends and the paint begins.”

McKee's newest work sees a solitary man, suited up like an astronaut, wandering in an unfamiliar land. Is he in outer space? Or simply stumbling in an abstract landscape? This uncertainty plays into the concept of The Machine Stops, which is about “becoming dislodged from the machine, which could be defined as pop culture, consumerism, corporatism, or society in general.” 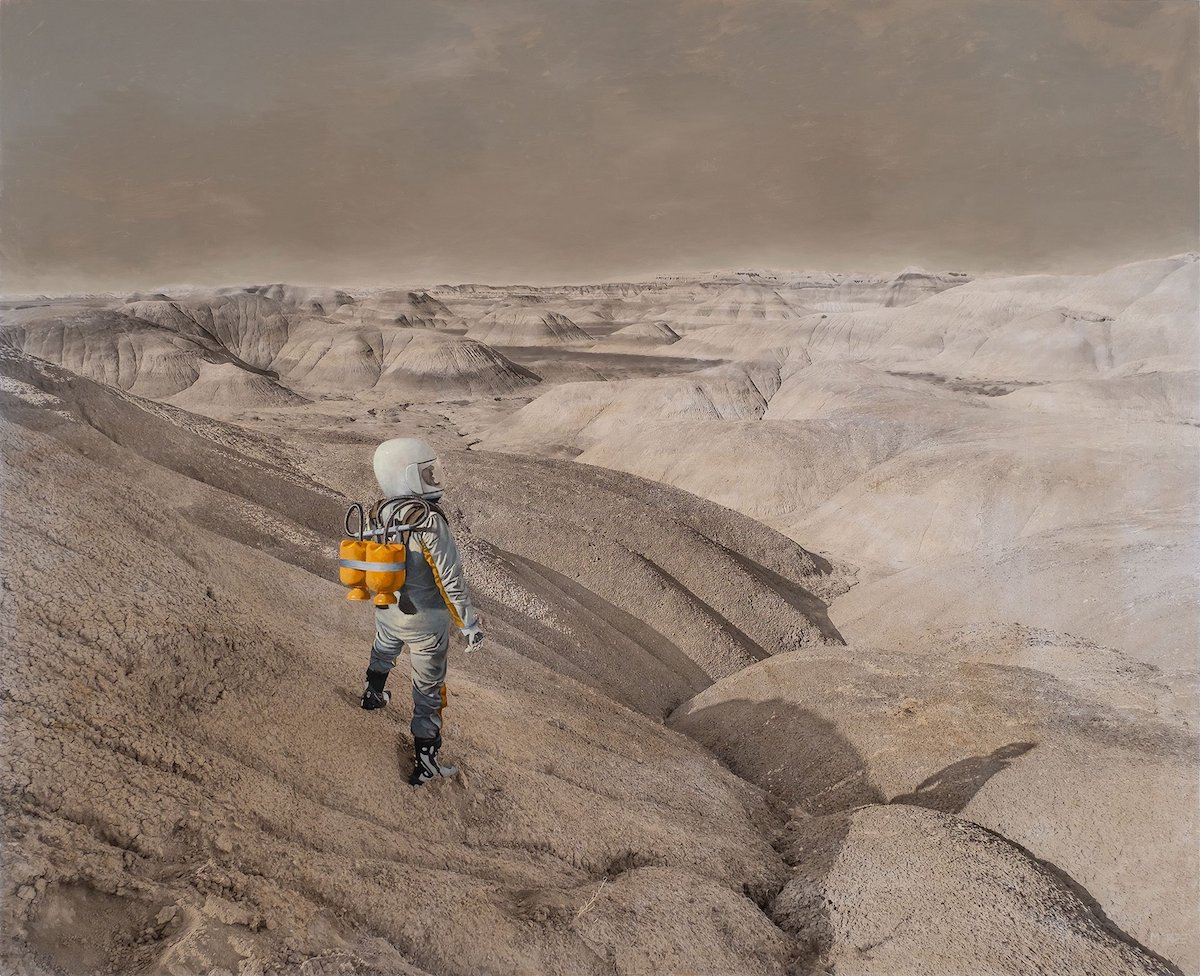 By carefully selecting the titles for each work, McKee gives text clues that point to the absurdity of the technological world we live in. The protagonist, similar to Meursault from Albert Camus' The Stranger “is condemned because he does not play the game.” Much as each piece is torn between painting and photography, the protagonist is trapped between two worlds.

“Despite being more connected to one another than ever before through the internet and social media, people—particularly in the ‘developed' world—are also more alienated than they have ever been,” says McKee. “We live in technologically advanced societies, and we are isolated within our high-tech cocoons.”

The title of the series comes from the 1909 novella The Machine Stops by E.M. Forster. McKee was reading the story as he was finishing the series and felt the themes connected closely. In the short story, people have lost the ability to live on the surface of the Earth. Instead, they live underground in an isolated room with their needs met by the Machine. And rather than travel to make contact with one another, they worship the Machine and communicate via electronic messenger. The main character rebels against the system, making his way to the surface. Now the question is, will modern society break free from the Machine or stay the course?

The Machine Stops is currently on show at Space K in South Korea until October 26, 2018. 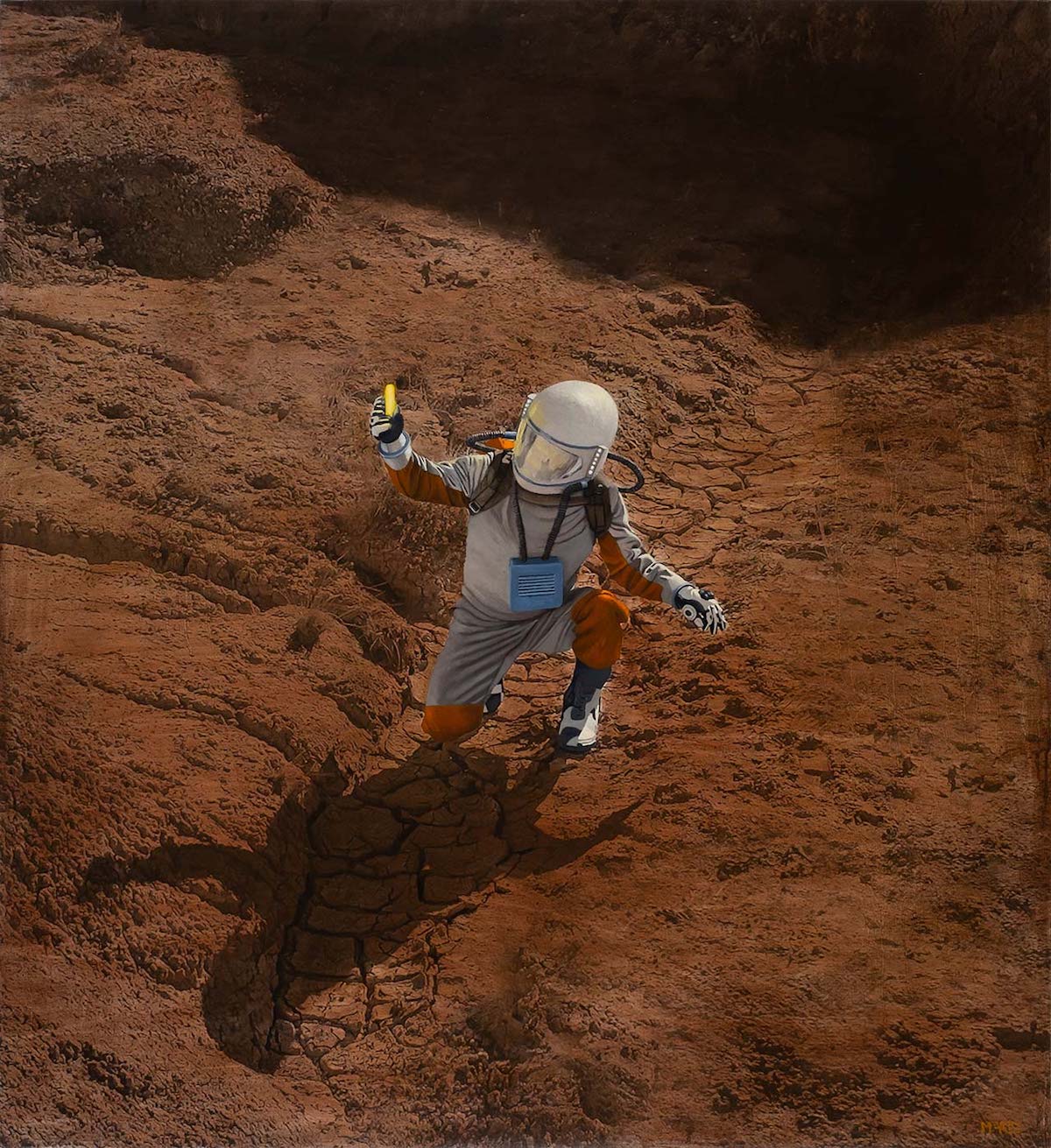 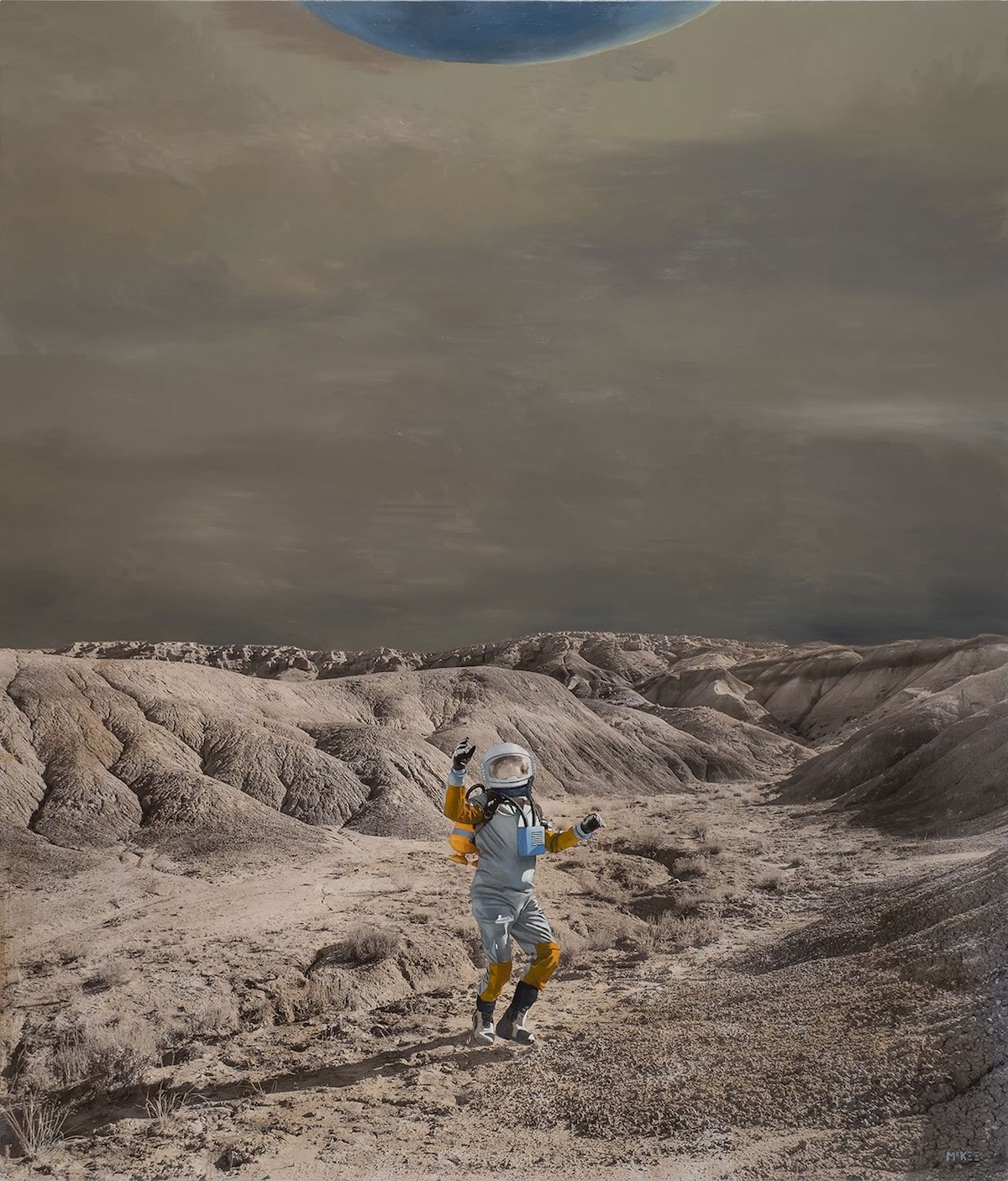 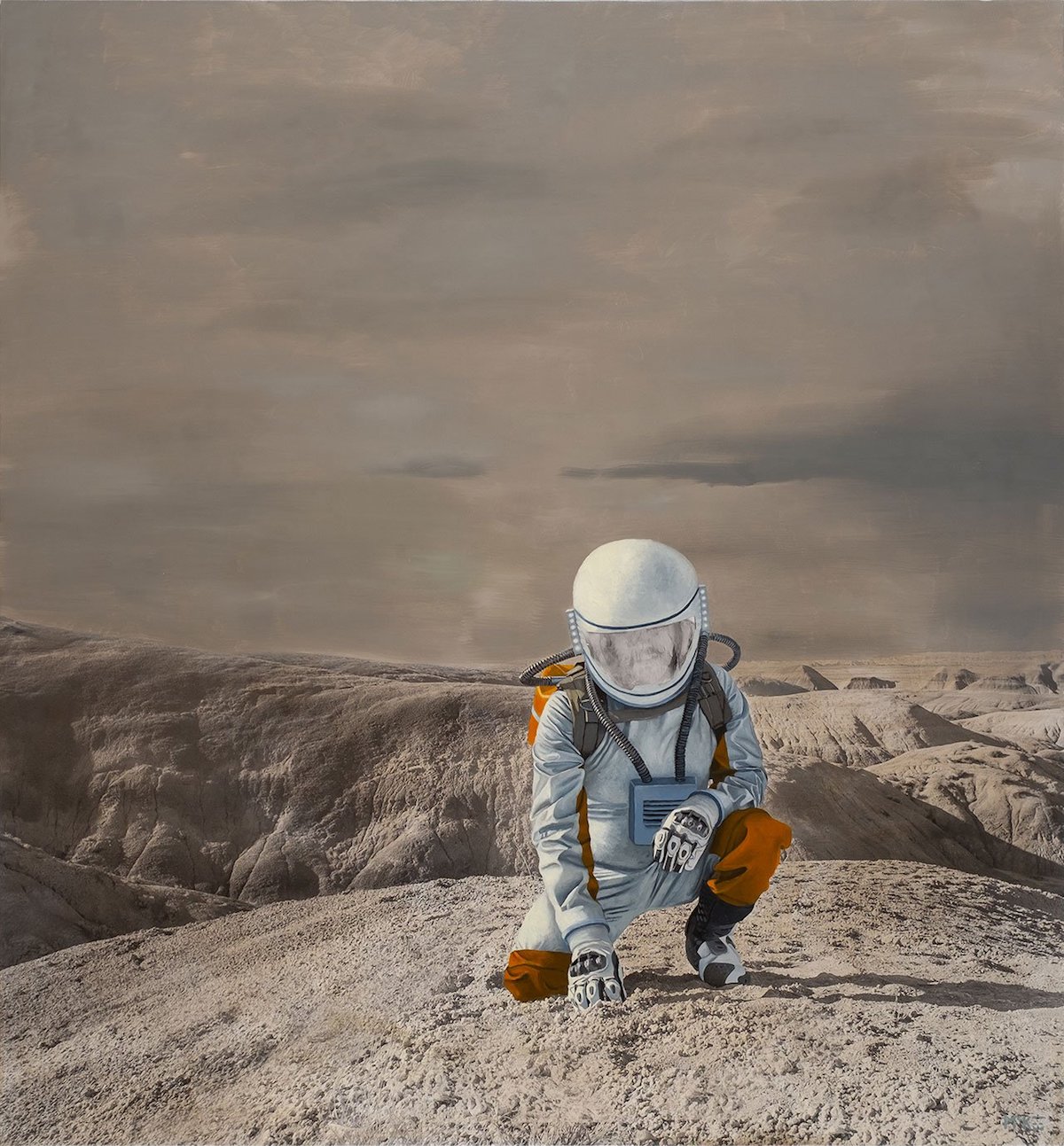 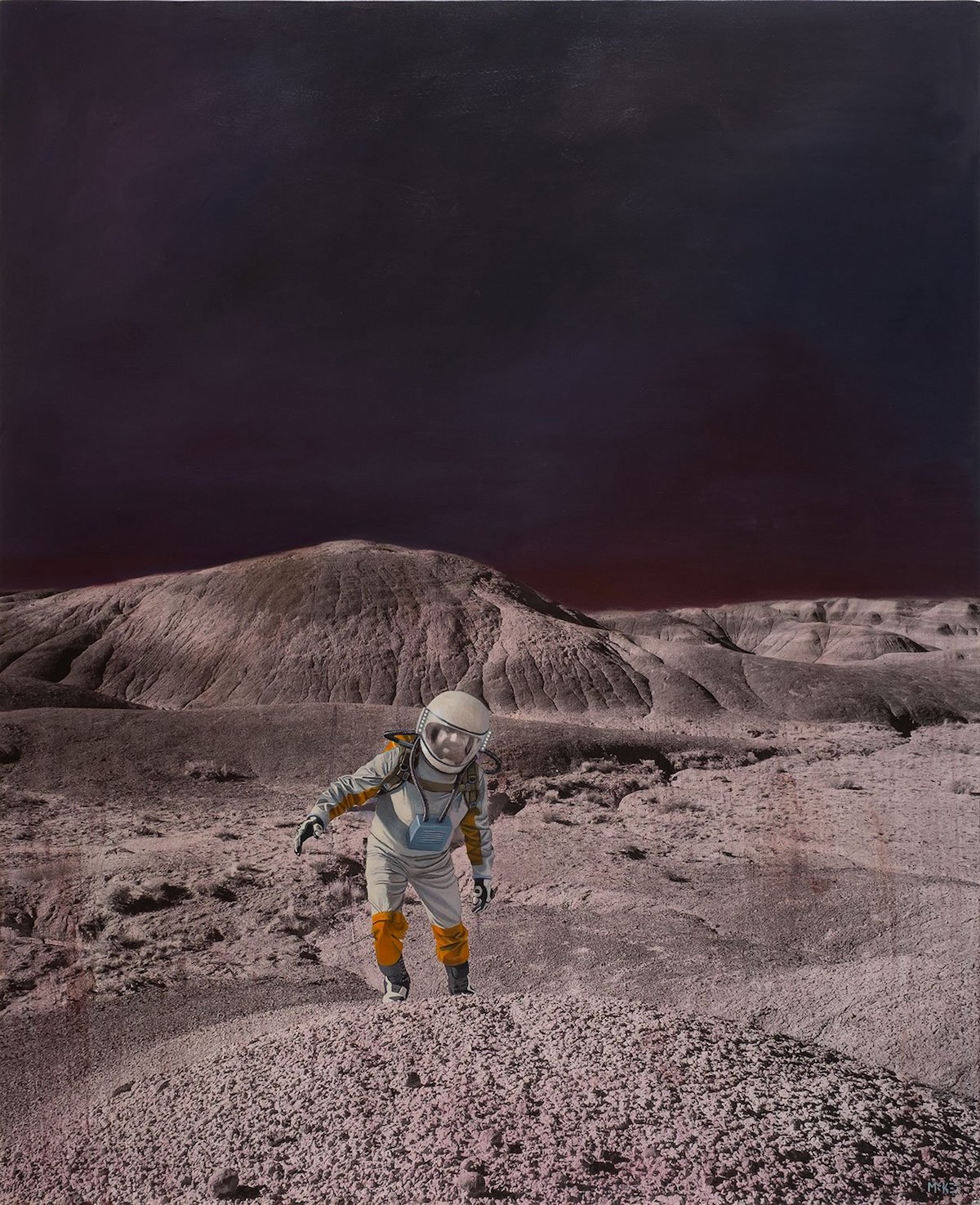 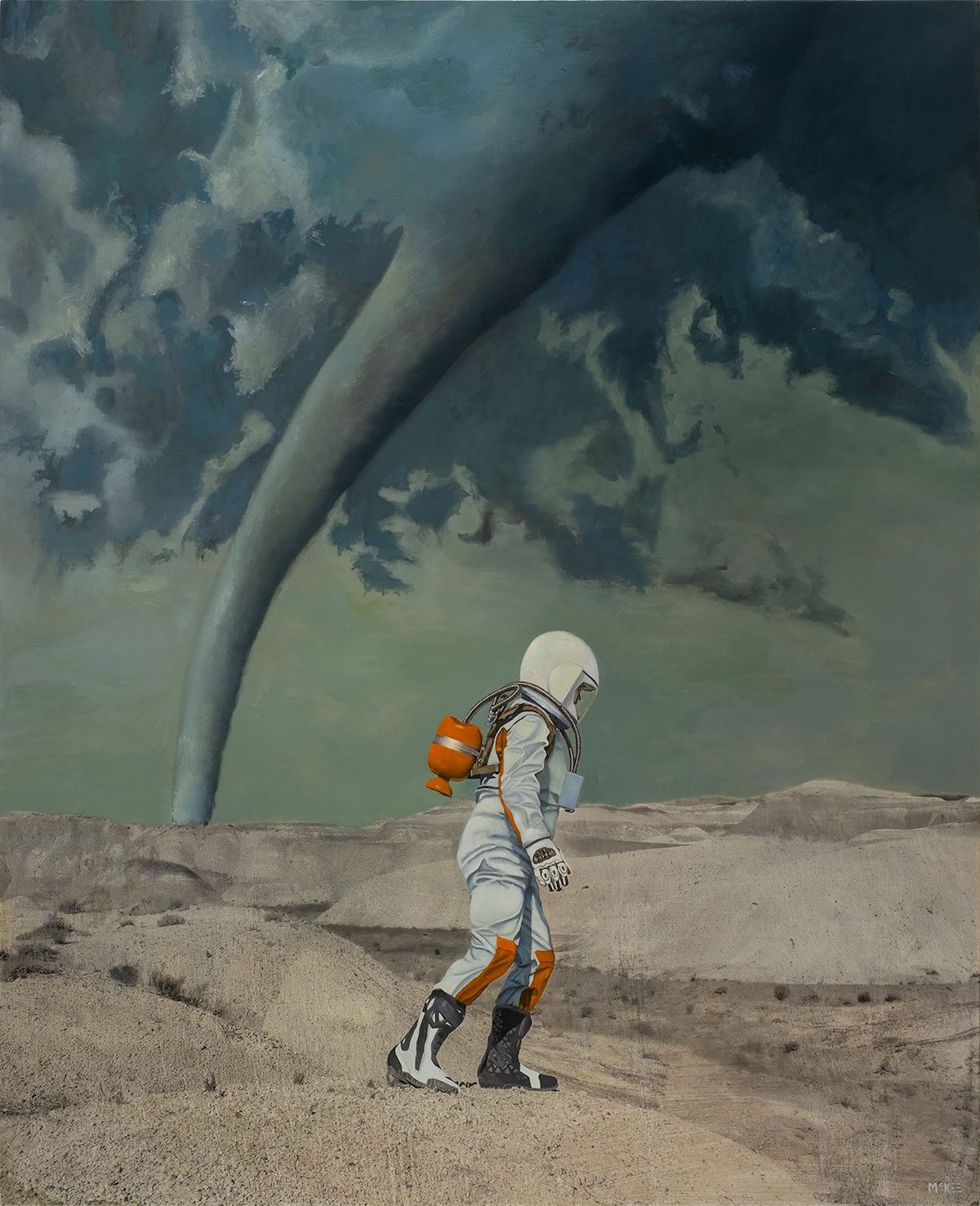 The Machine Stops is a new series of work that is a commentary on man's isolation in the face of technology. 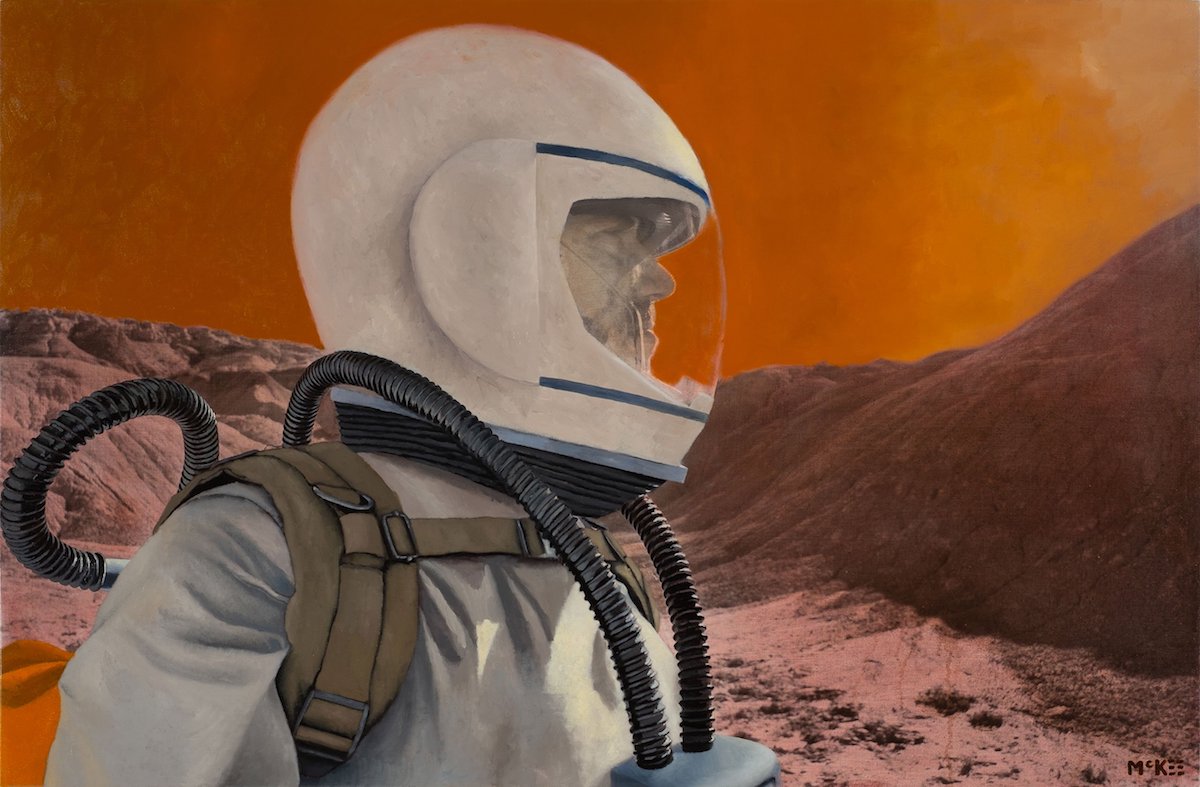 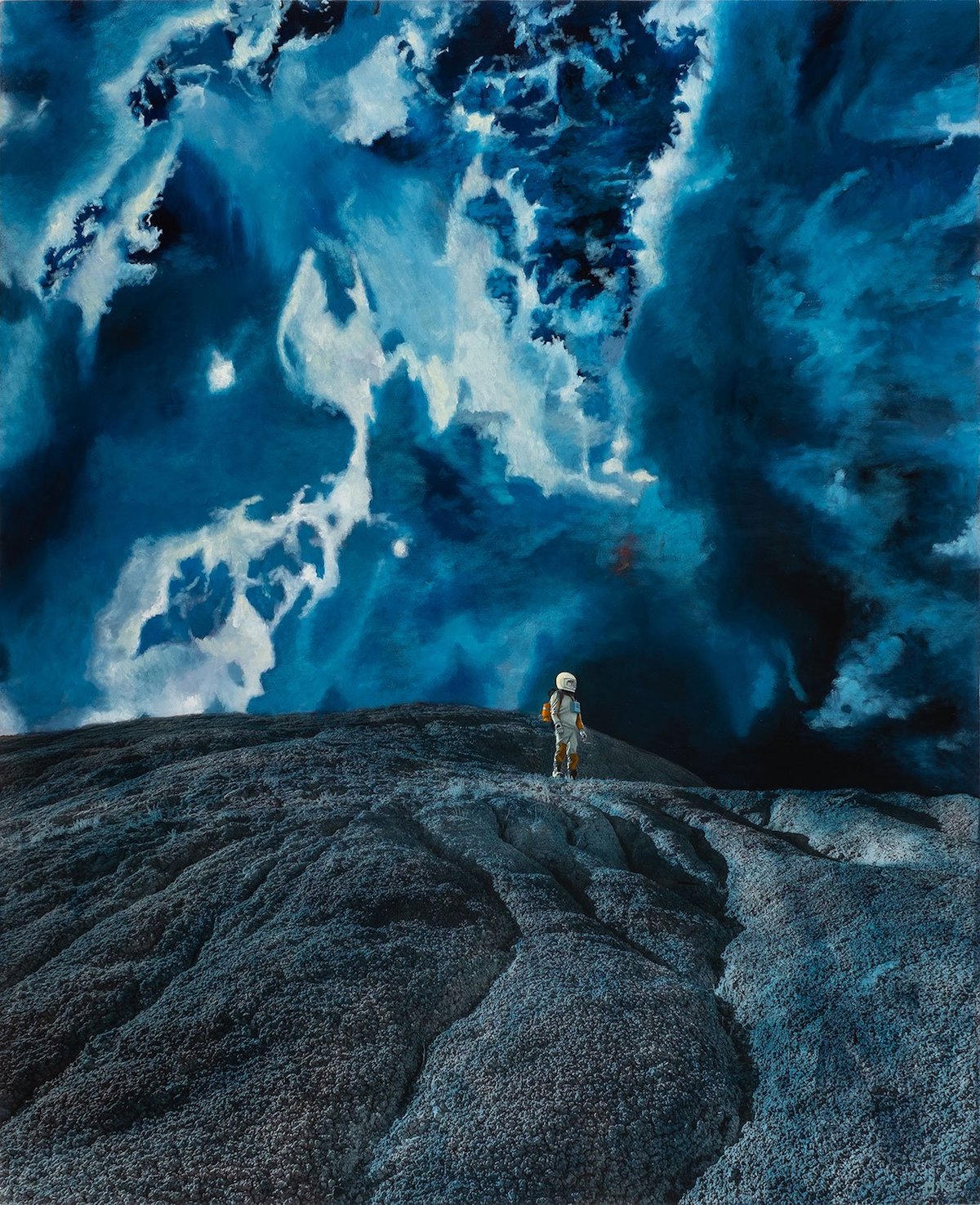 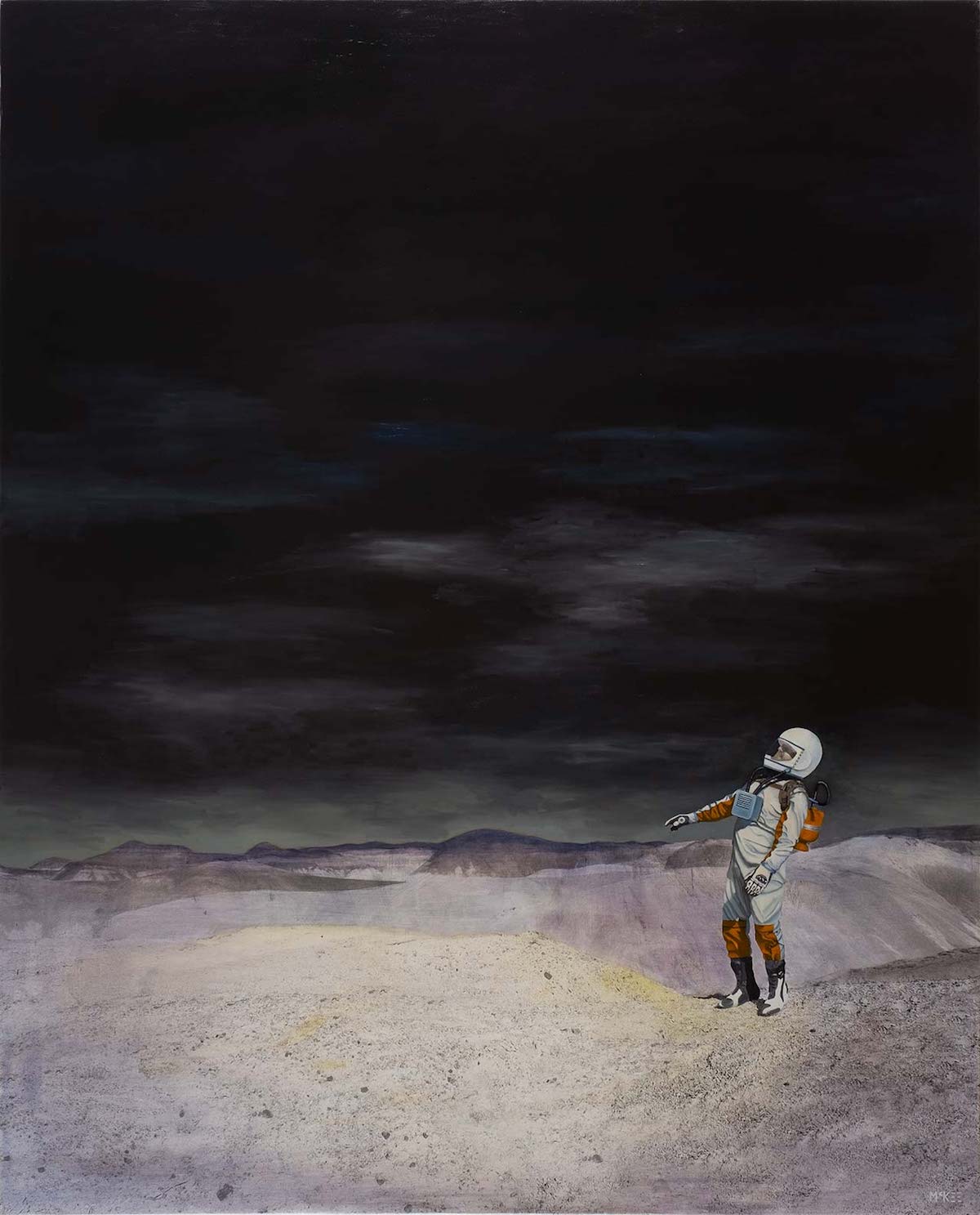 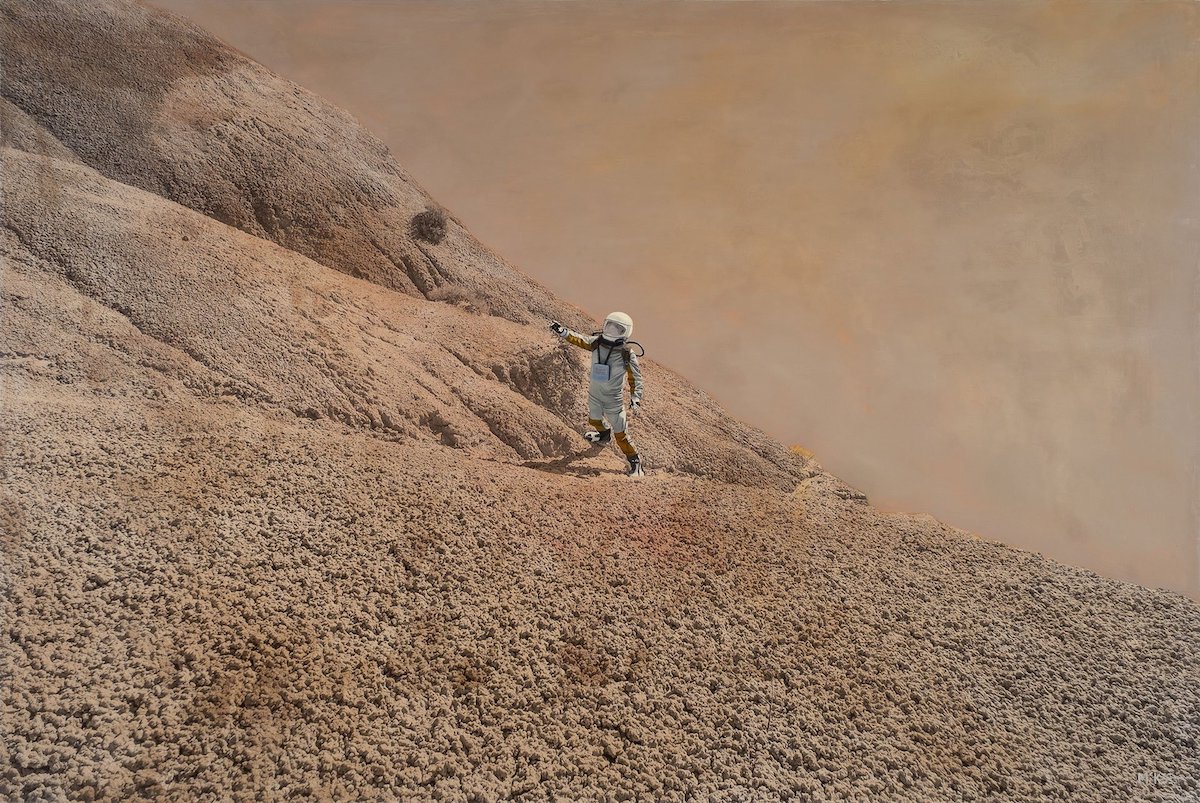 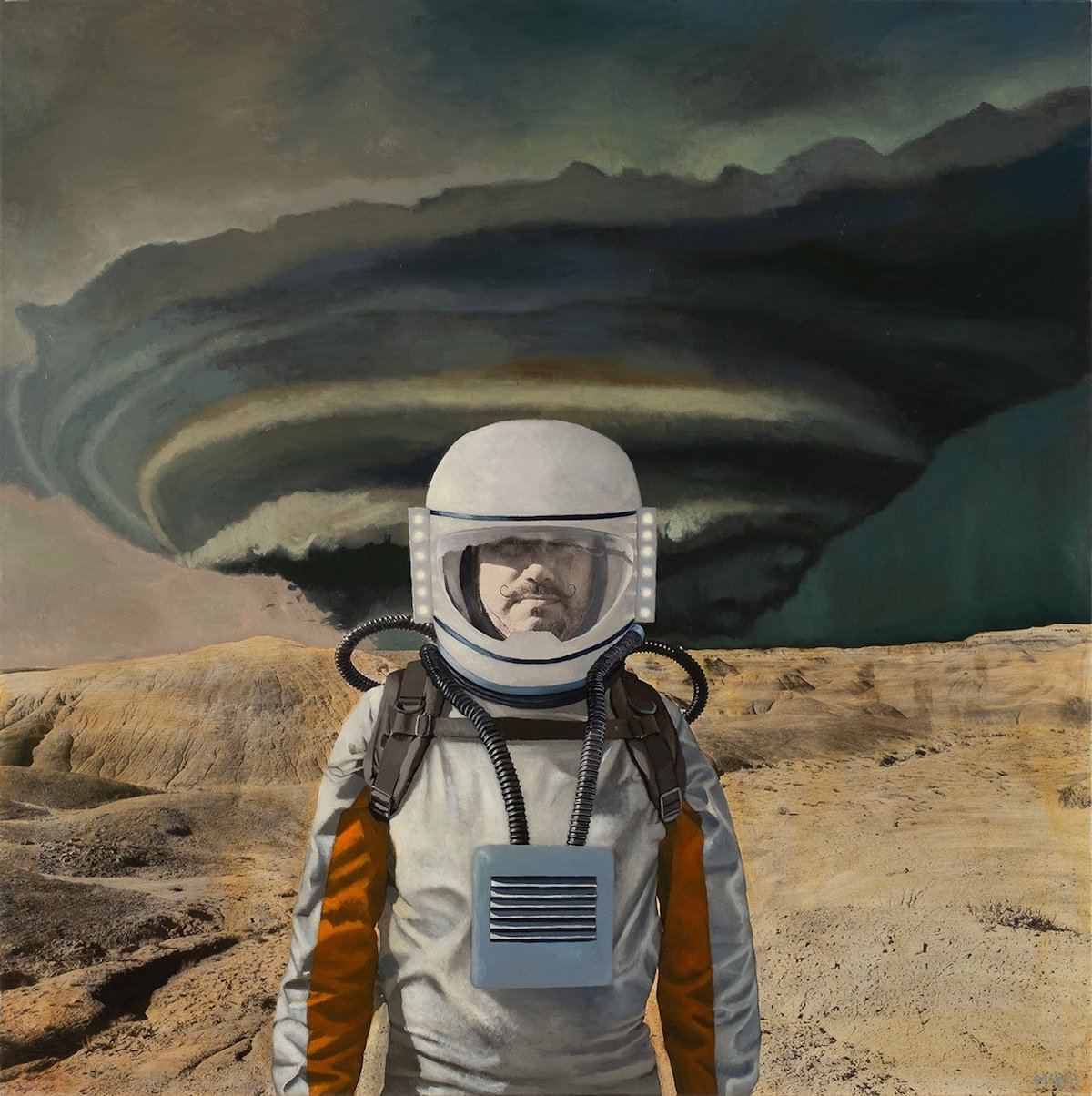 My Modern Met granted permission to use photos by Casey McKee.

17 Artists Blurring the Line Between Painting and Photography

A fan of this artwork? Share
Like My Modern Met on Facebook
Get Our Weekly Newsletter
Become a
My Modern Met Member
As a member, you'll join us in our effort to support the arts.
Become a Member
Explore member benefits