Man Tracks His Own Heart Rate During Marriage Proposal 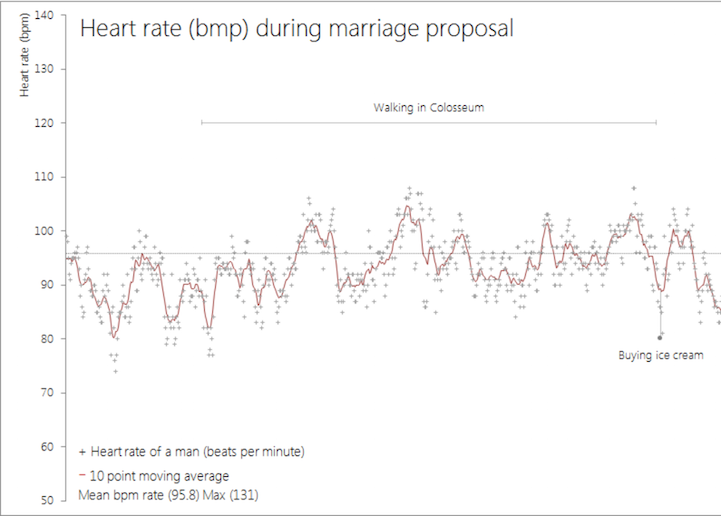 Proposing marriage to someone can really cause a spike in your heart rate, and Redditor sesipikai can prove it. When he decided to pop the question to his girlfriend while they were visiting the Colosseum in Rome, he simultaneously monitored his heart rate. Sesipikai shared the good news (she said yes!) on the subbreddit “Data is Beautiful” as well as a chart that detailed his beats per minute (BPM) from start to finish.

Using a Sports Tracker Heart Rate Monitor belt, he recorded the precise numbers and plotted them on this line graph. It highlights about 40 minutes, and sesipikai begins the data at walking into the Colosseum, followed by ice cream, and then the proposal. Pre-proposal, his heart rate stays relatively close to the mean BPM of 95.8, but once he starts to utter the all-important words, it suddenly jumps to 131!

Sesipikai explains to his fellow Redditors how he created the graph. After collecting the necessary info, he exported the data to an XML file. He then constructed a thorough timeline in Microsoft Excel and pinpointed its most important parts. Now, he has a sweet (albeit geeky) way to remember the moment. 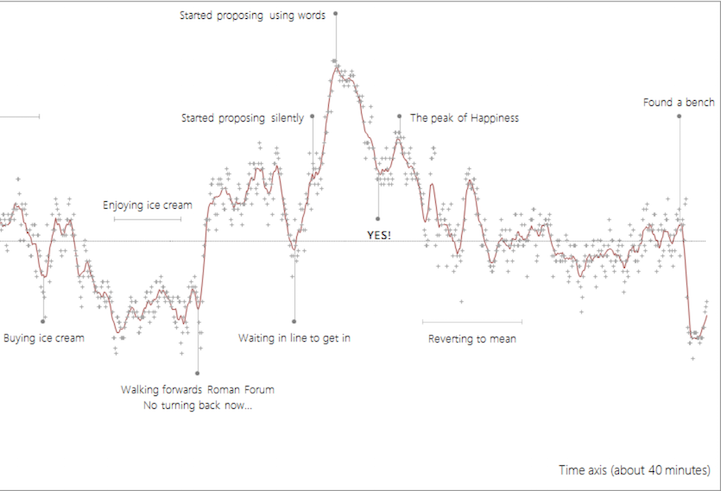