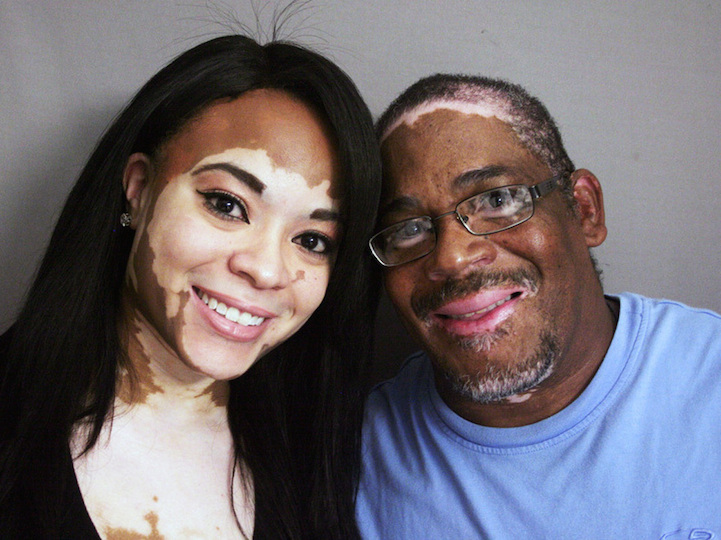 For Cheri Lindsay, living with the rare skin condition vitiligo hasn't been easy, but she displays extraordinary bravery in refusing to let it affect her. Vitiligo, which causes the loss of pigmentation in skin, first started afflicting Cheri while she was in college, spreading over her face like a mask and turning her dark skin white. “It's not that easy to deal with,” she admits in the powerful video below, but she doesn't let it get her down. “When I first got vitiligo, I had to ask myself a couple of questions,” she says. “Does it hurt? No. Is it contagious? Not at all. And can I still live with this and be successful? Hell yes.”

Cheri says she deals with her condition better than most because of her father, Phillip, who has had vitiligo since he was 13. “It was easy for me to deal with because of seeing you deal with it,” she reveals to him in an interview with NPR. “I've never seen you without vitiligo, and so it's like, that's normal. That's my dad.” Philip, in return, feels incredibly proud of his daughter for how she handles her vitiligo with grace, confidence, and humor. He tells her, “You're a very beautiful woman and you keep your head up and you just . . . walk on. And I couldn't be more proud of you for the way you handle yourself.”

Cheri, who works as a volleyball coach, says she now hardly even thinks of her skin condition, since it has no bearing on her health. “At home we were taught beauty comes from drive, not from being ‘pretty,'” she says. “For me, being beautiful is being who you are and not allowing anyone to stop you.” 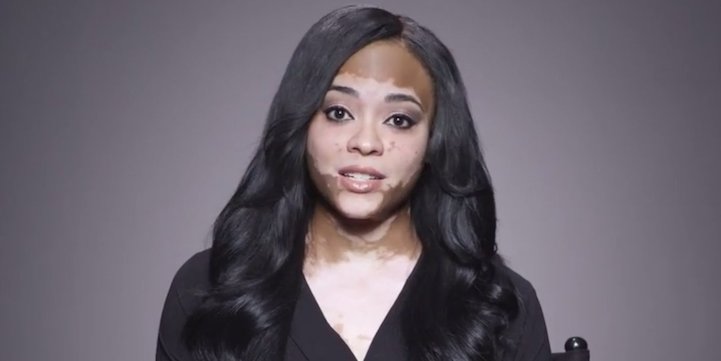