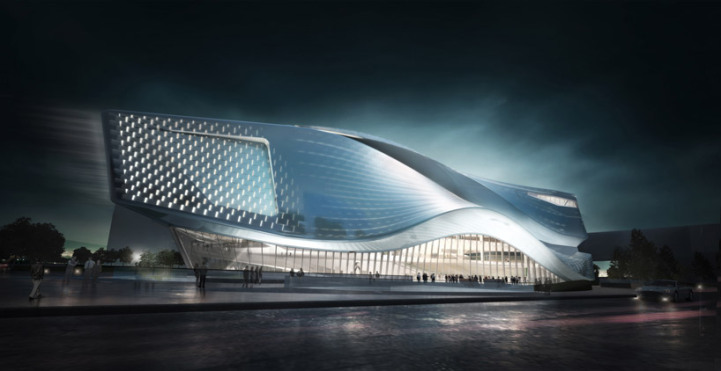 International design firm 10 Design has submitted a concept for a new museum in the city of Dalian, China. The building would be constructed in the center of the city's government district, where it would also be close to a number of green spaces. The form would open up to a park that lies to the west of it and it would feature a large sculptural pillar-like edifice in the lobby.

The Dalian Museum also features more than just a sleek design. The facade of the building is made from a zinc rain-screen that has been specially coated to help filter out dirt and air pollution. The entrances are strategically placed to help minimize the effects of northern winds while the building is insulated by an inner layer of polymer covered aluminum. At night, the museum is lit up by UV lights powered by photovoltaic cells which also powers the purifying reaction of the facade. The lights are also meant to represent the image of a blooming flower, a very significant image to the city of Dalian. 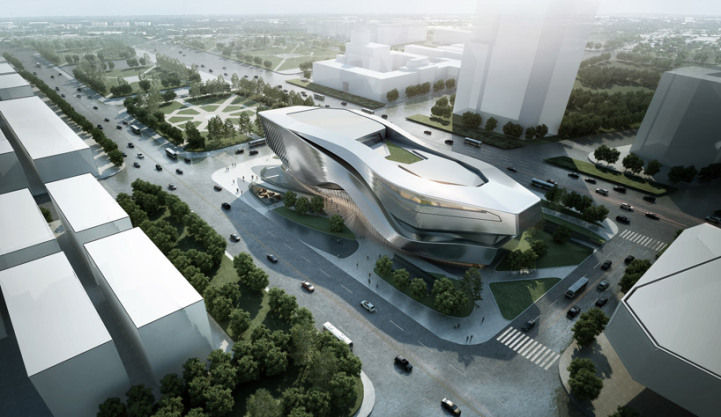 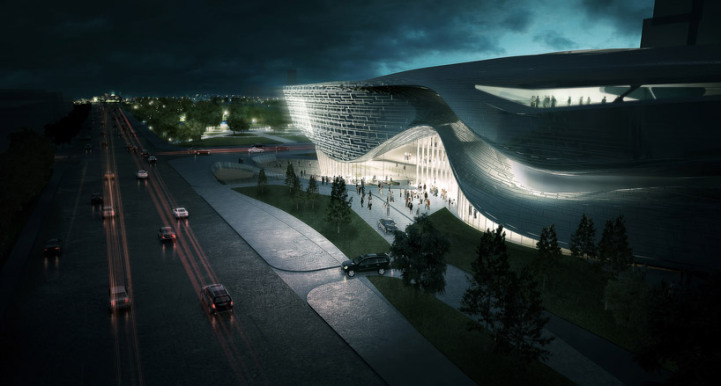