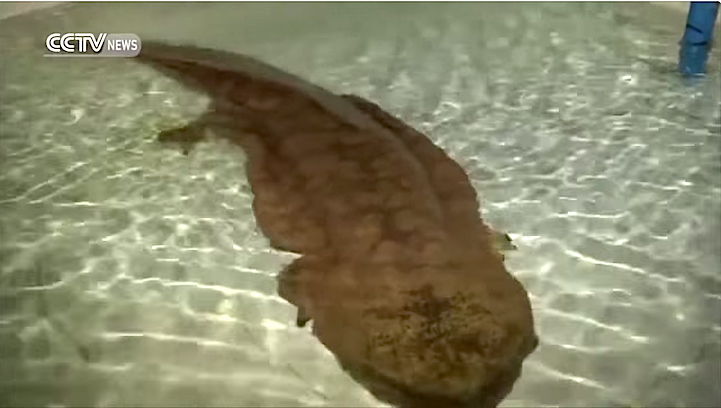 An extremely rare Chinese giant salamander was recently discovered in a cave outside Chongqing, China. This massive 114-pound ancient amphibian was literally stumbled upon, as a local fisherman accidentally tread on something “soft and slimy.” Conservationists were contacted after locals determined that the 5-foot-long animal was ill, and researchers estimate that this particular individual may actually be more than 200 years old, which would make it the world's oldest living amphibian! With an average life span of 80 years, if this estimation stands true, it would definitely change things up for the species' demographics.

Rarely seen in the wild, the giant salamander species is known to be critically endangered through a combination of pollution, habitat loss, and over-hunting. The salamander is a mysterious and enigmatic creature, but sadly, is also considered a culinary delicacy in China. Currently, conservation programs are under way to save wild Chinese giant salamanders, and protect the wild river habitats in which these “living fossils” reside. 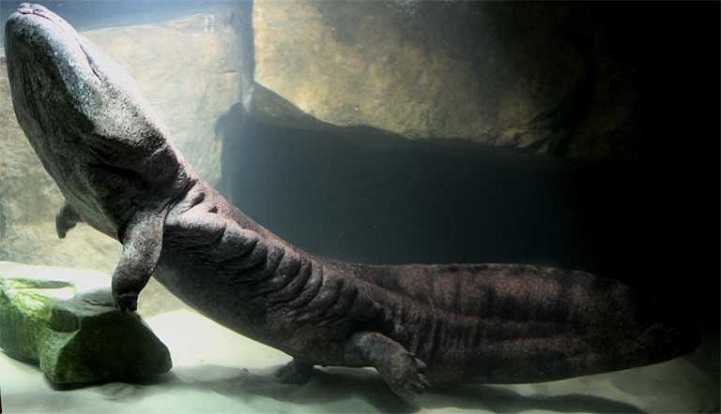 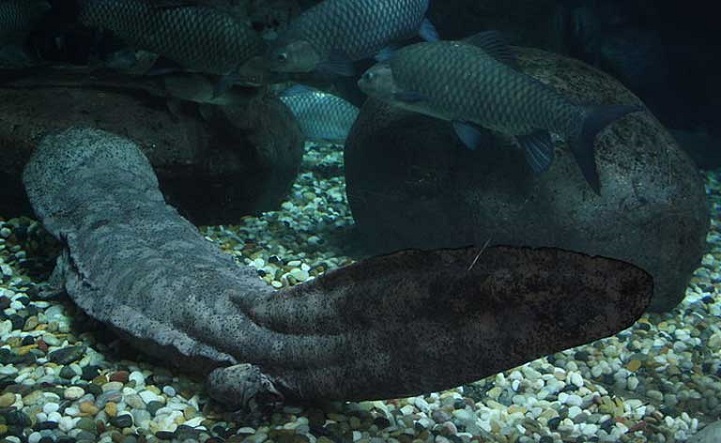 via [Sploid, The Dodo]