7-Year-Old Girl Applies for a Job at Google, Gets a Personal Response from the CEO 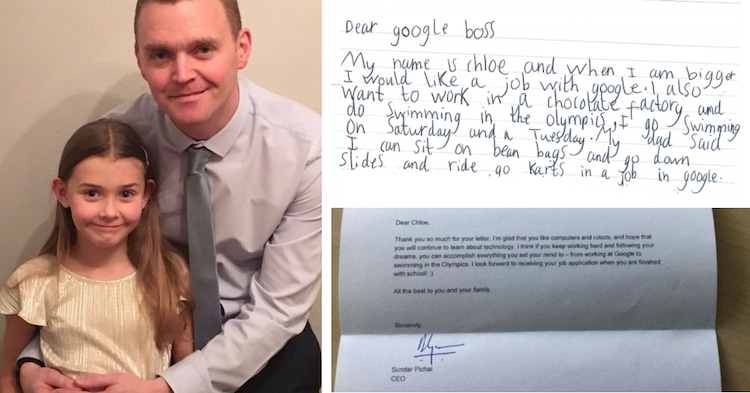 Like most 7-year-olds, Chloe Bridgewater from Hereford, England, has some ambitious career paths in mind. In addition to swimming in the Olympics and working in a chocolate factory, Chloe also dreams of securing a job at Google. And, thanks to her entrepreneurial spirit, go-getter attitude, and her recent, handwritten “application,” this one may be within reach.

Inspired by her hardworking father, Chloe decided to pen a letter to Sundar Pichai, the CEO of Google, detailing her interest in eventually working for the multinational technology company. Like most applications, the document outlined Chloe's passions (computers and robots), strengths (spelling, sums, and reading), and listed the reasons why she wants to work for the prospective company (she heard that Google employees “sit on bean bags and go down slides and ride go karts”). Addressed to “google boss” and closed with the cute confession that, in the past, she had only ever written to Father Christmas, Chloe's delightful letter resulted in a remarkably rare response from Pichai himself.

In the inspiring letter, Pichai thanked Chloe for her message and encouraged her to keep learning about technology. “I think if you keep working hard and following your dreams,” the man behind the success of Google Chrome, Android, and Google apps wrote, “you can accomplish everything you set your mind to—from working at Google to swimming in the Olympics. I look forward to receiving your job application when you are finished with school! :)”

As expected, Chloe and her family were thrilled with the response. “To say she is delighted after receiving this letter signed by Sundar Pichai himself is an understatement,” her father Andy wrote on LinkedIn. “She is now even more eager to do well at school and work for Google. Can't thank such a busy person enough to take time out to make a little girl's dream become one step closer, although not sure she's fully aware that it'll take more than riding go karts and sleeping in pods to make it with Google!”

Looks like little Chloe has a bright—and busy—future ahead!

This is 7-year-old Chloe Bridgewater and her dad, Andy. 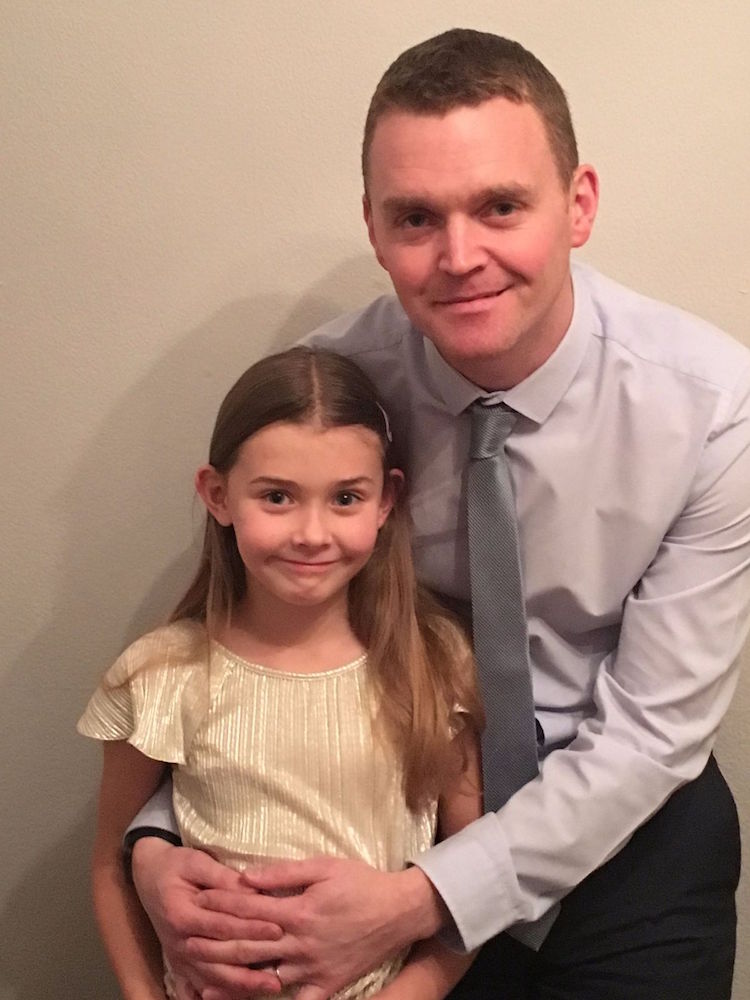 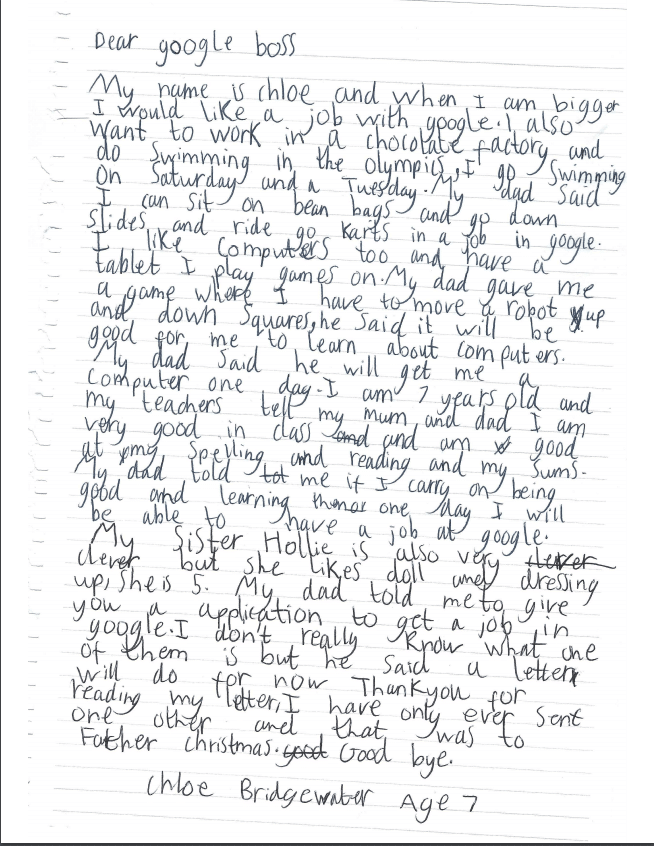 And, to her family's surprise, he personally responded! 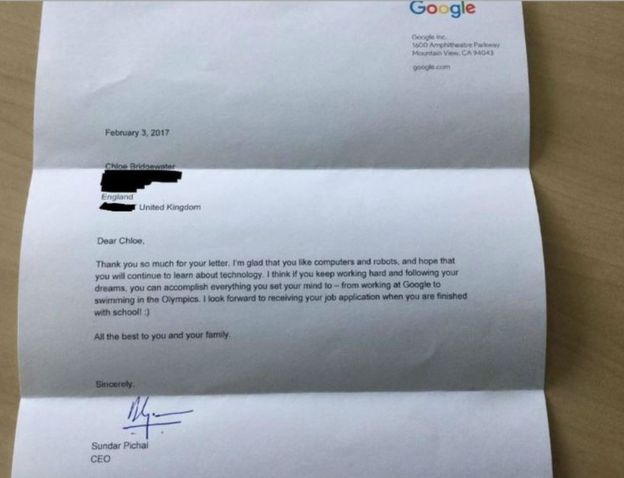 All images via Andy Bridgewater.