South African wildlife photographer Chris Fallows has spent 30 years traveling the world to document the animal kingdom. From great white sharks to African elephants, Fallows has photographed some of the most majestic animals on the planet. Now, with his The 11th Hour collection, he's putting some of his best, never-before-scene images on display. The collection captures the beauty of these animals while, at the same time, tells the stories of the environmental pressures they are facing.

Particularly meaningful for Fallows is the series of whale photographs that he'll be debuting when The 11th Hour is on display at London's prestigious Saatchi Gallery. As part of The Start Art Fair, Fallows will be presenting his work at the gallery from October 13 to October 17, 2021. At the center of the collection is Leviathan, a photograph highlighting the beauty and symmetry of a humpback whale's fluke.

“Instead of the whale raising its tail when swimming away from the camera, my challenge was to get the humpback whale comfortable enough that it would not only swim directly towards me but also just a couple of meters from me before it raised its huge fluke above the horizon allowing me to shoot from a very low and wide-angle,” he shares. “The whale achieved this with exquisite symmetry between fluke and sea, which when coupled with moody clouds and ocean, created a work I will struggle to beat. My quest is to only produce works that exceed or sit alongside the very best represented, and I feel this work does justice to the enormity and sentience of these gentle giants.”

This is just one of many incredible stories that Fallows tells through his imagery. As a wildlife photographer, he's been able to see firsthand what is happening in the natural world. And he felt that it was his duty to bring those stories to the public. 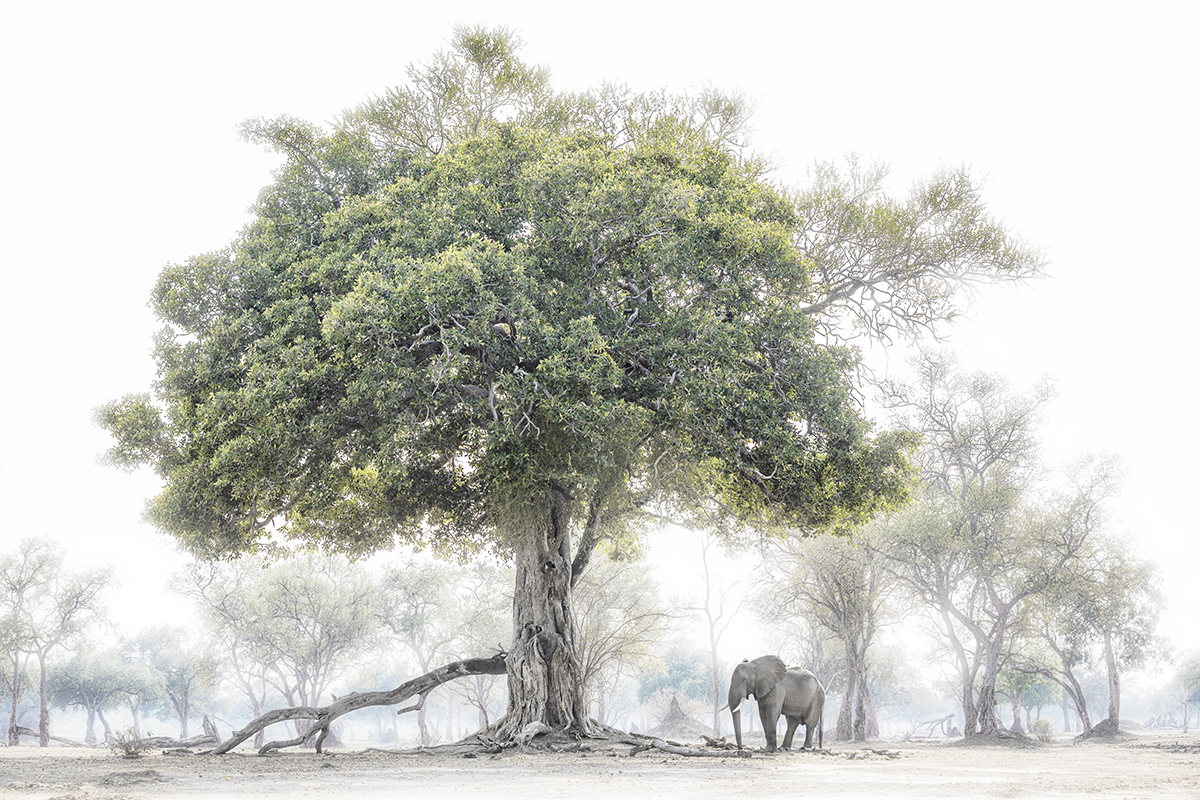 “I have seen what is left, walked with several of the 30 odd remaining super tuskers of East Africa, gazed upon the two million wildebeest migrating through the Serengetti, and sat in the throng of a superpod of many hundreds of humpback whales feeding all around me,” Fallows tells My Modern Met. “All of these incredible spectacles still persist and we need to do whatever it takes to keep them going. With COP 26 just around the corner and global warming, sustainability, and the conservation of biodiversity all being today's buzz words there is no better time to highlight the urgency of what is at stake and make sure we are not yet another generation telling our kids of what used to here.”

Some of what he's experienced includes a tale from Zimbabwe, where an elephant—a species often poached for its tusks—lounges under an equally endangered fig tree, which is losing the battle against the saw. They also include a unique look at a great white shark, which seems to be hovering between land and sky. This relaxed view of the predator counters the ferocious narrative the public is often fed.

The photographs, which are for sale as limited editions, are part of the change that Fallows wishes to see in the world. “The funds raised by the sale of my limited edition works are used to buy land in Africa for rehabilitation and rewinding,” he shares. “I know if we can protect the habitat there is always a chance to protect the wildlife. We also donate 10% of all our sales to organizations such as WildAid, Bush Life, and the Zambezi Elephant Fund (ZEF)—organizations that we have seen are making a difference.” 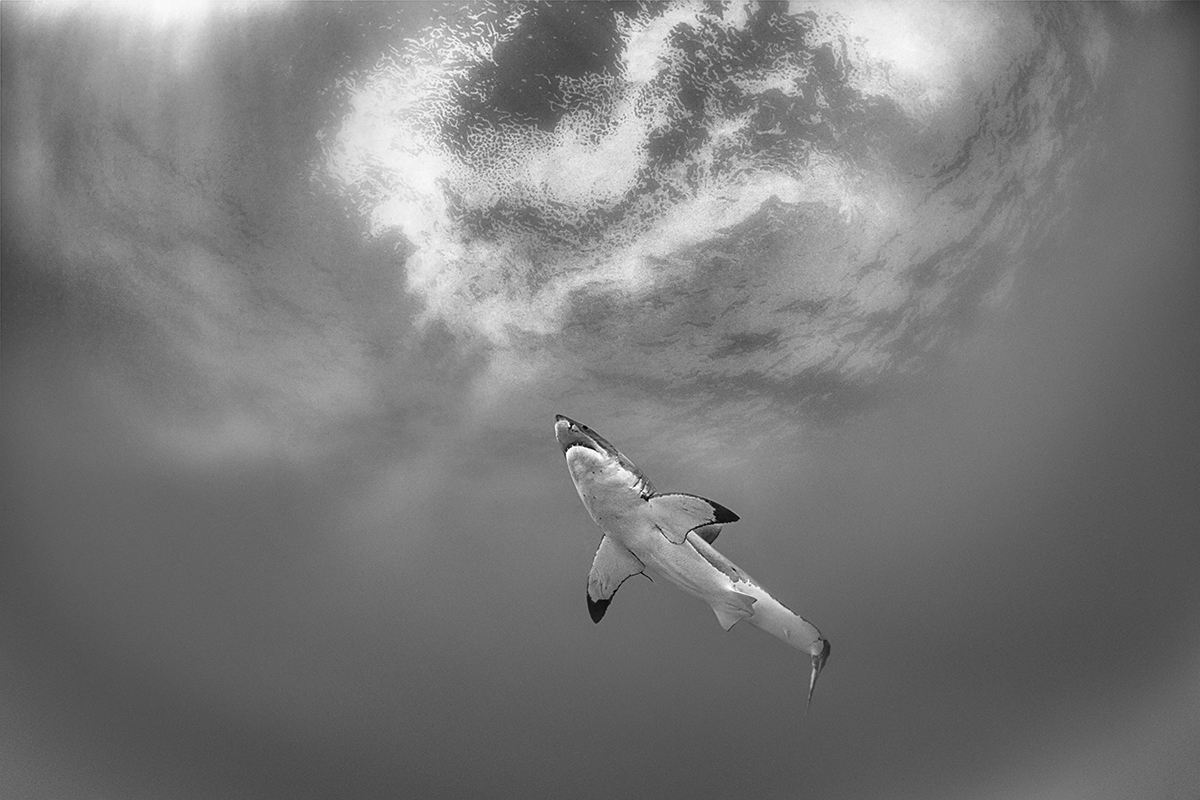 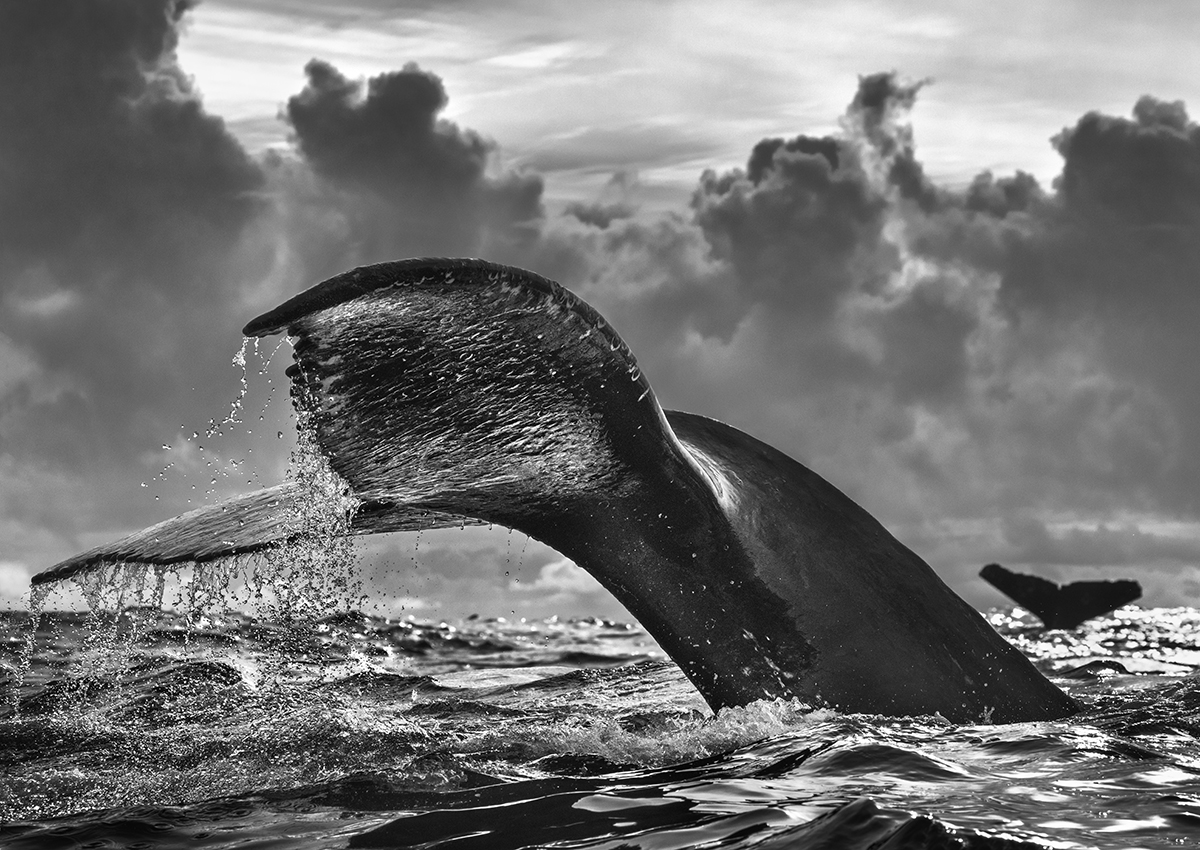 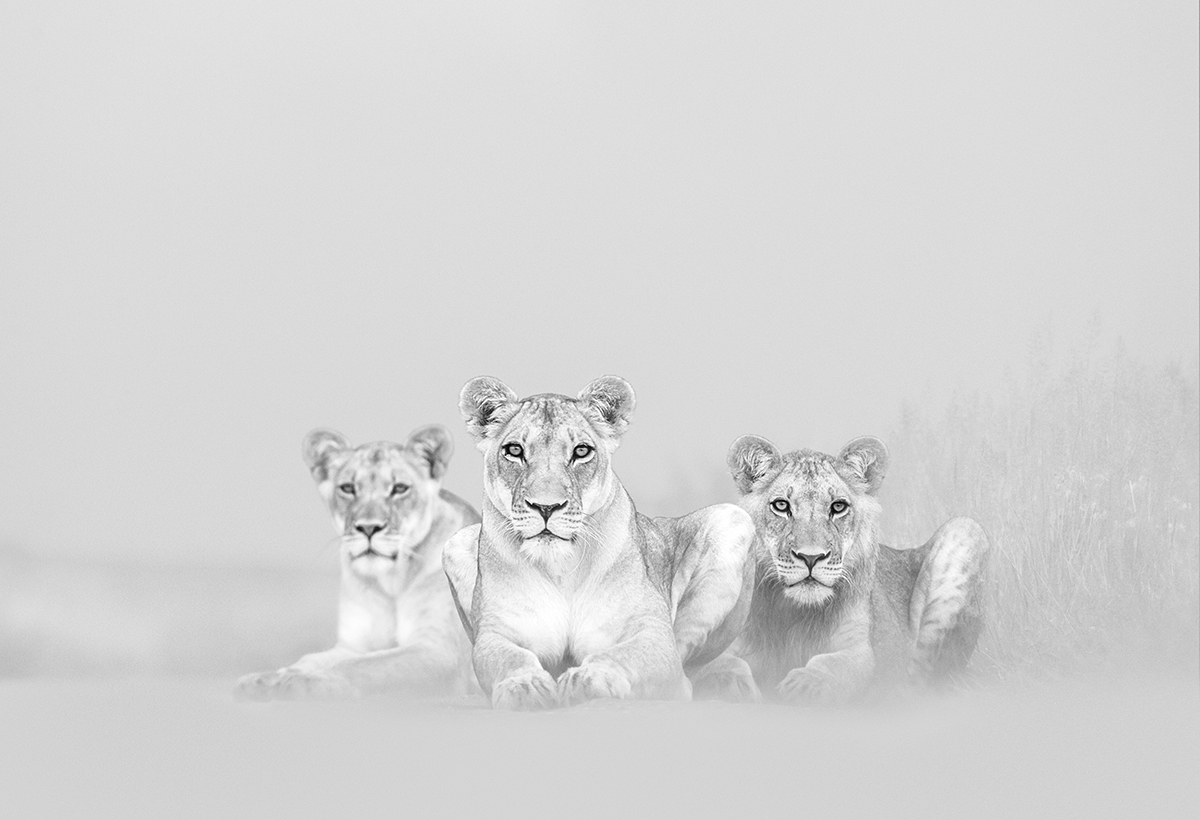 These never-before-scene photos will be on display at London's Saatchi Gallery for The Start Art Fair. 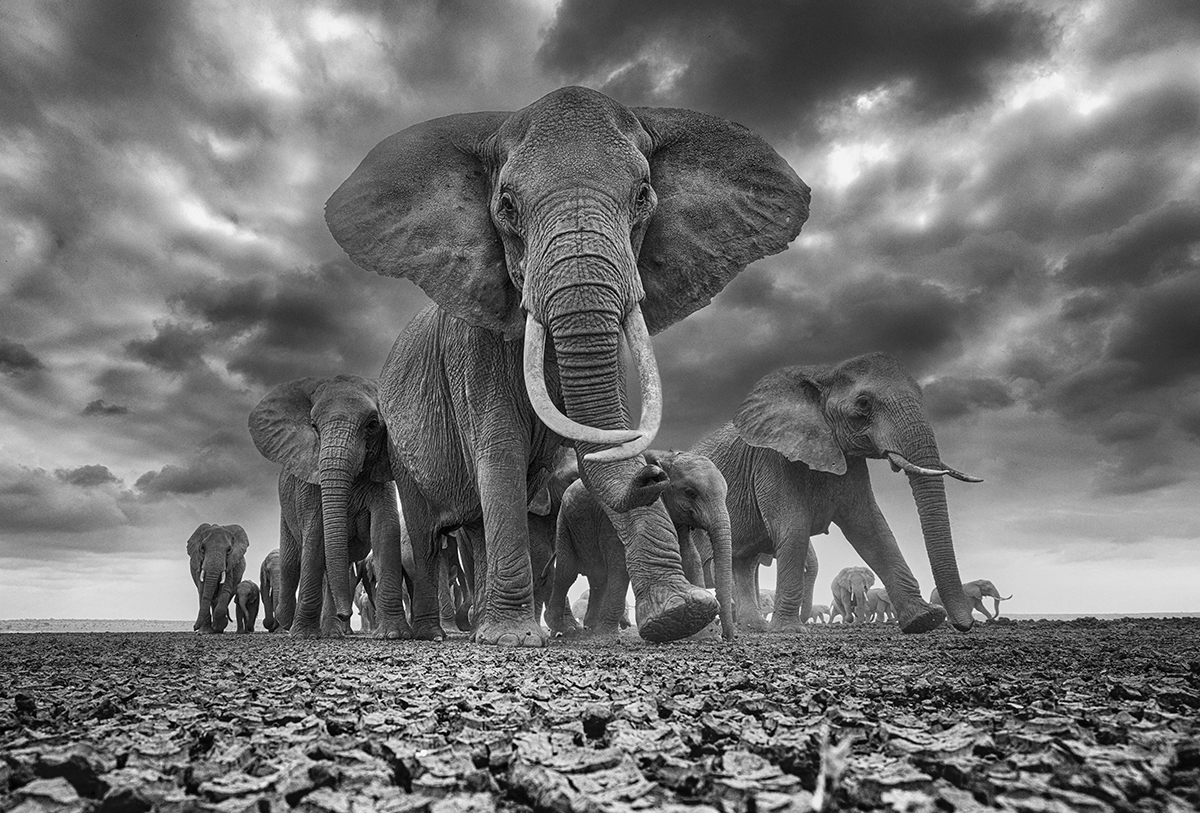 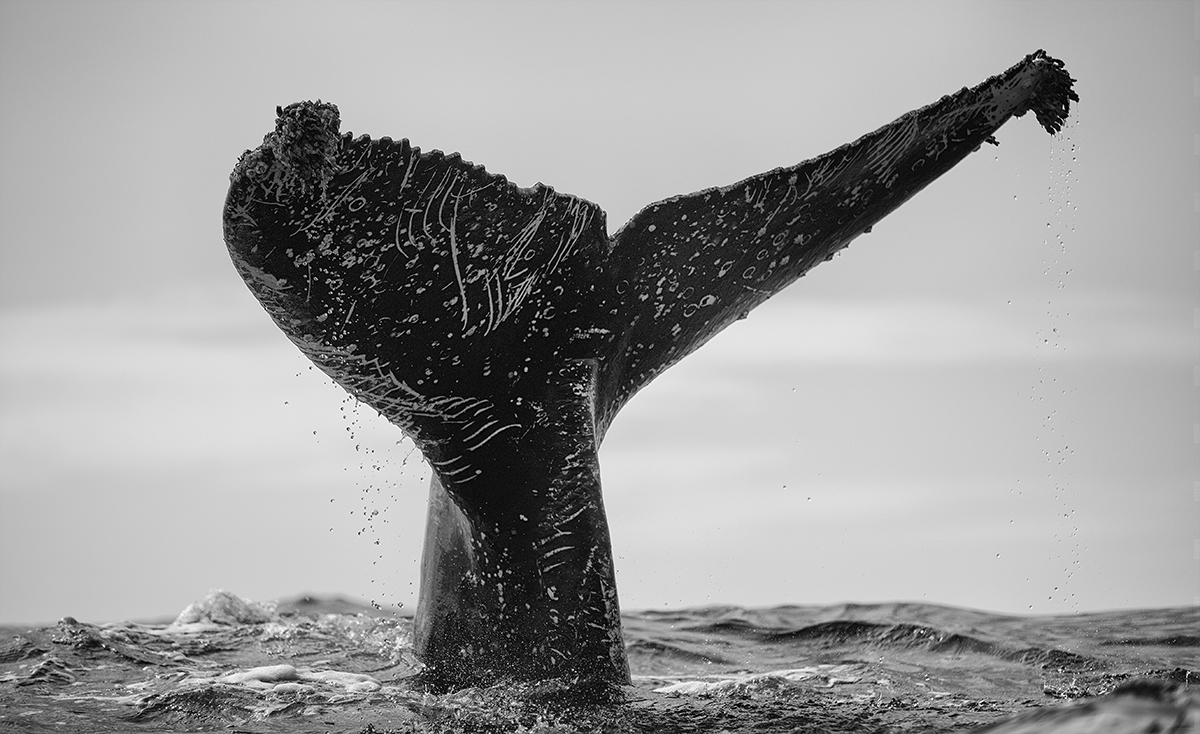 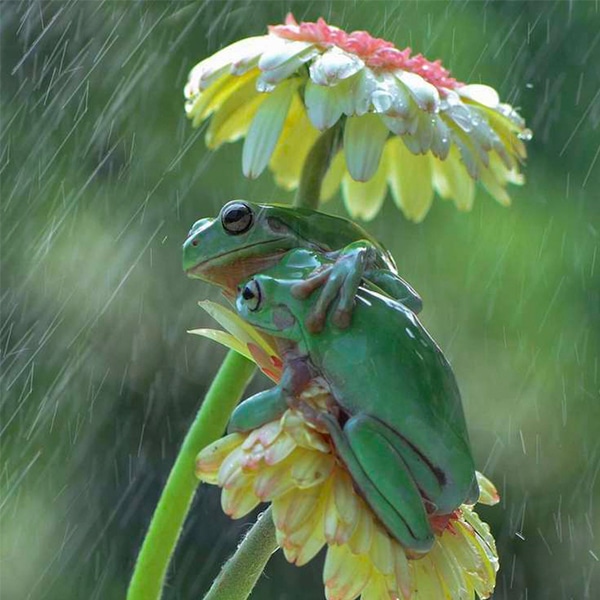 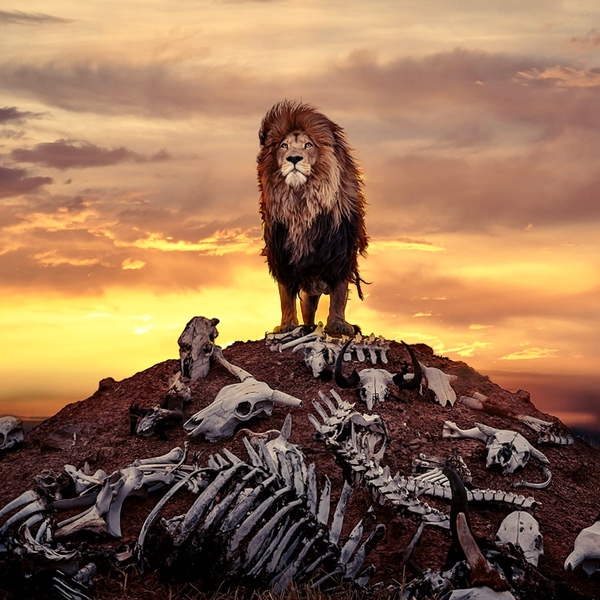 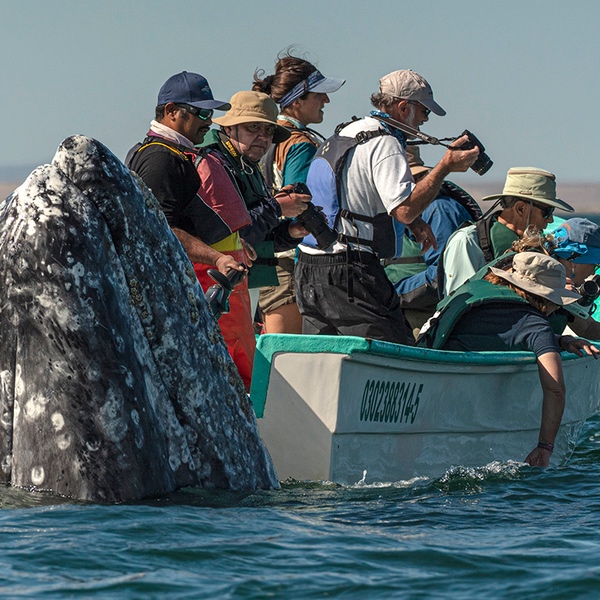 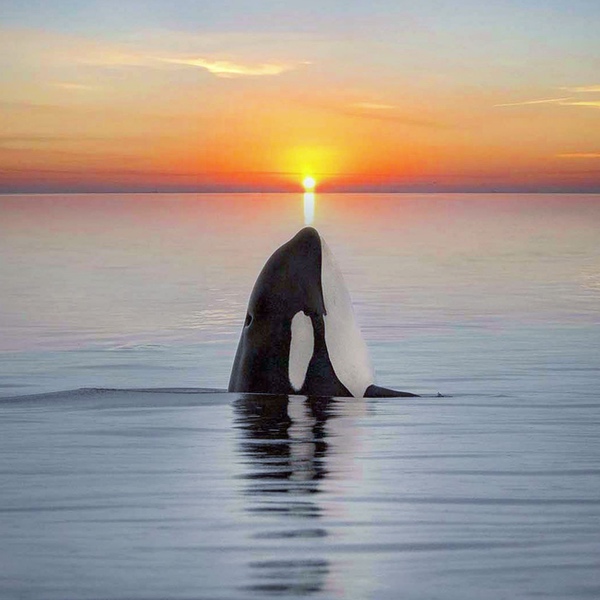