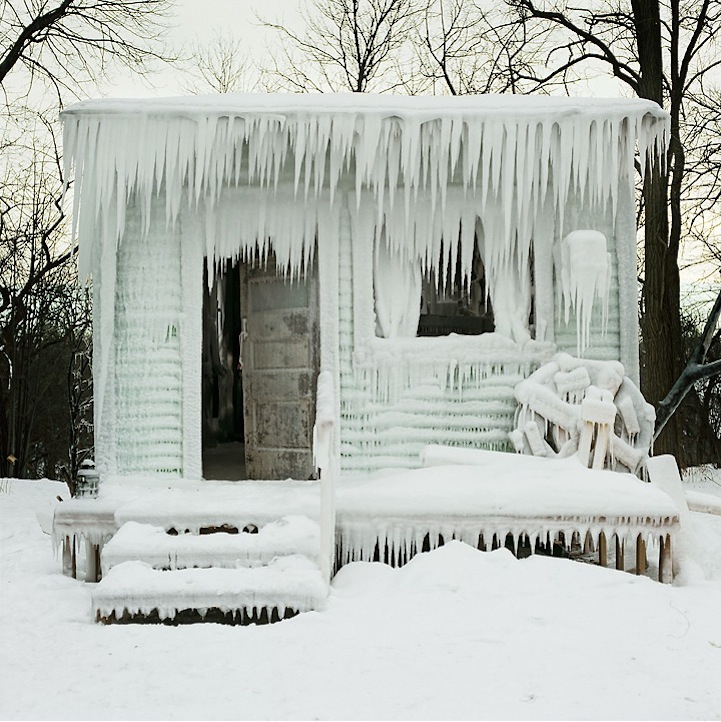 This house created by Minnesota-based artist Chris North has literally been frozen in time. Deep North is a project consisting of an installation that the artist photographed and video recorded to convey the idea of an abandoned home, lost to the frozen temperatures of a cold climate. Viewers can experience the harsh conditions of Larson's creation without having to step foot into the frozen home.

In an interview with Kimberly Brooks, Larson explained that Deep North was inspired by an intense ice storm that he witnessed while vacationing in Switzerland. He called the visual experience “gorgeous and apocalyptic” and was inspired to recreate the moment in his St. Paul, Minnesota hometown. So he built this house and then, during the harshest winter month of February, he sprayed the home with hundreds of gallons of water to create this destructive effect.

Much of Larson's work reflects the interactions of humans with nature. Deep North calls to attention the concept of global warming and encourages viewers to reflect on the damaging effects that nature can have on our planet, our homes, and ourselves. The lonely isolation of an empty home is a daunting visual of what the future may hold. 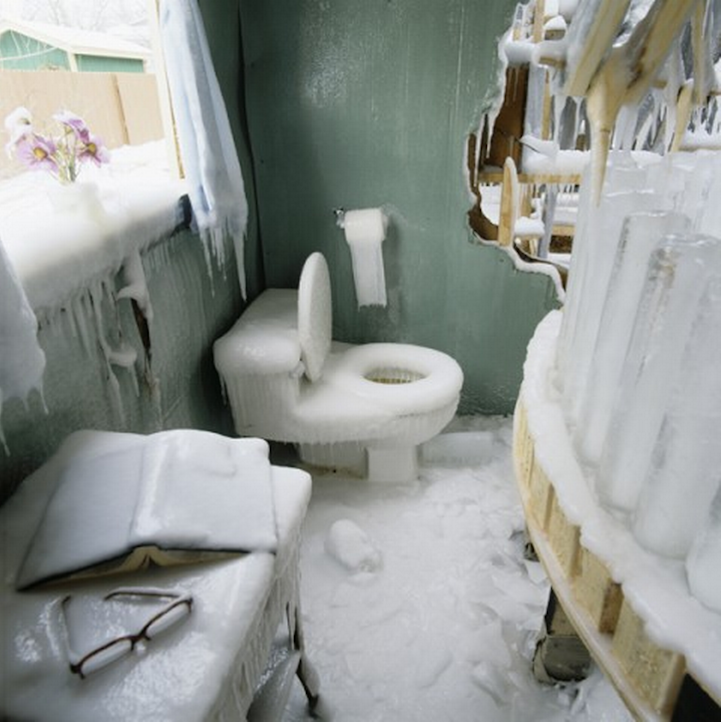 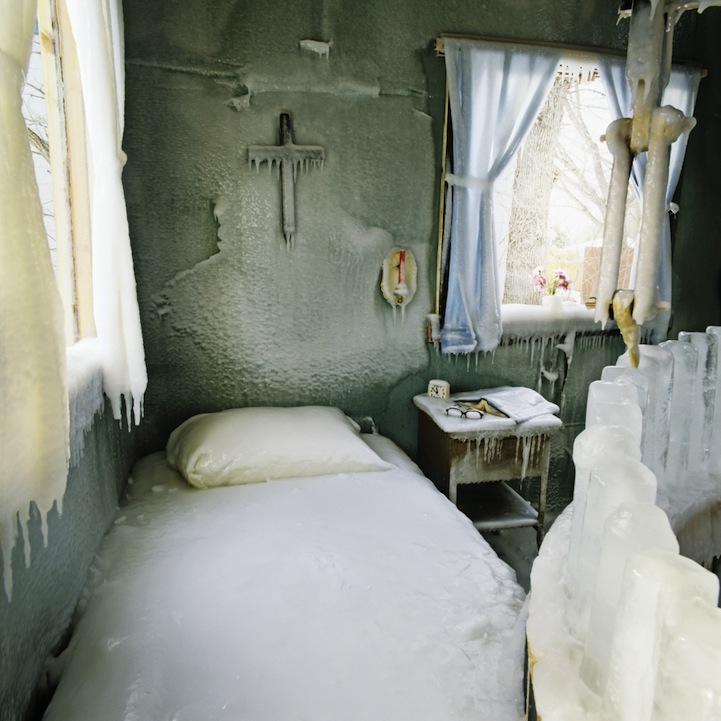 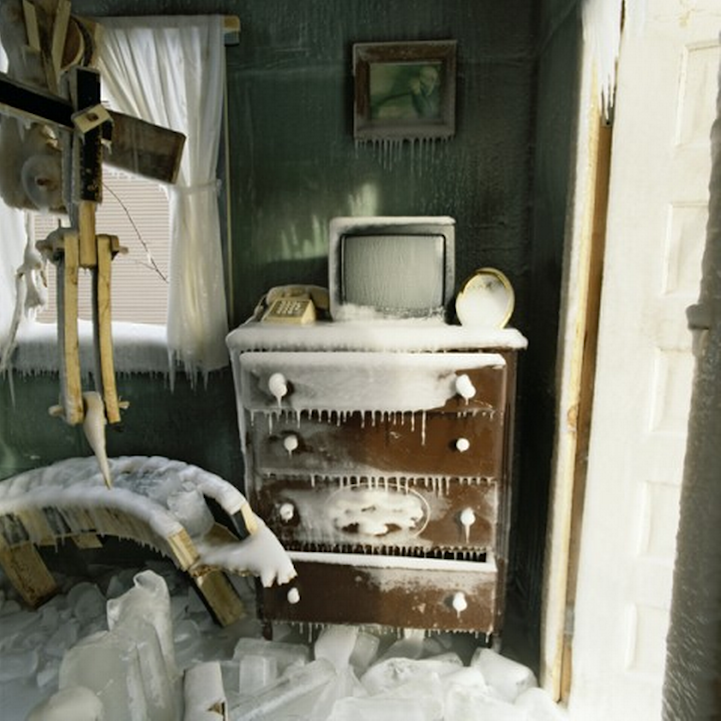 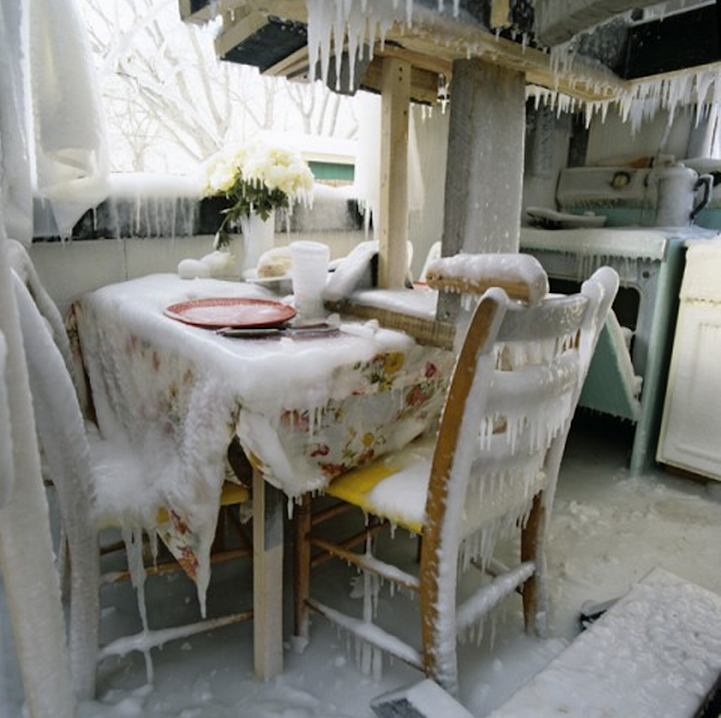