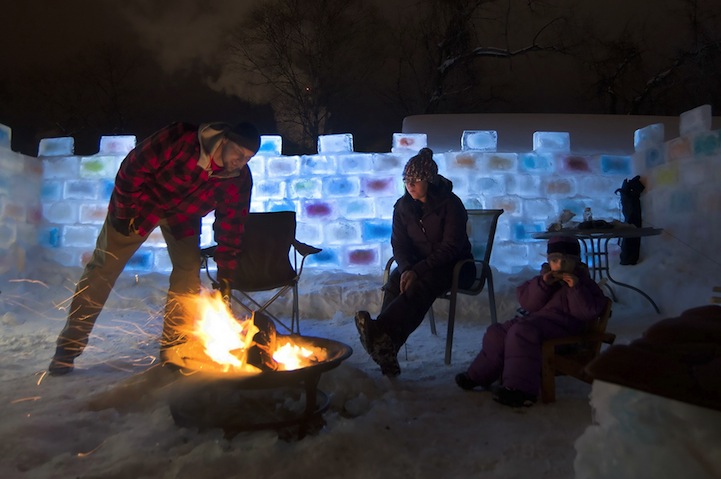 About a month ago, Northwestern Ontario reached frigid temperatures of about -13F that lasted for approximately four weeks. While most grew disdain for the bitter cold, Chris Marchand (aka UnspeakableFilth) took advantage of the icy weather by building himself a colorful ice fort in his backyard.

Equipped with plastic containers, a toboggan, water/ice, snow, and some food coloring, the Canadian man began work on his ambitious personal project. Creating about thirty ice bricks a day using 8-liter plastic boxes, Marchand wound up freezing almost 400 ice blocks over the course of a month.

Each brick was painstakingly released from their containers every 12 hours, eventually stacked up, and fortified with a slushy mixture that froze within minutes in the subzero temperatures. In the end, Marchand's hard work paid off in a wind-breaking and noise-canceling 5-foot-tall fort around a 25-square-foot area in his backyard that his family and friends in Dryden could enjoy. 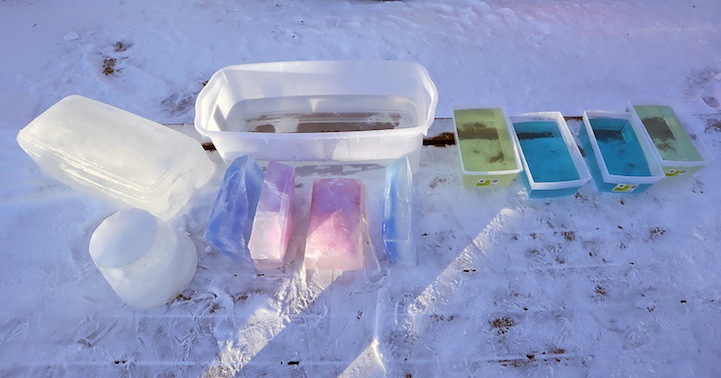 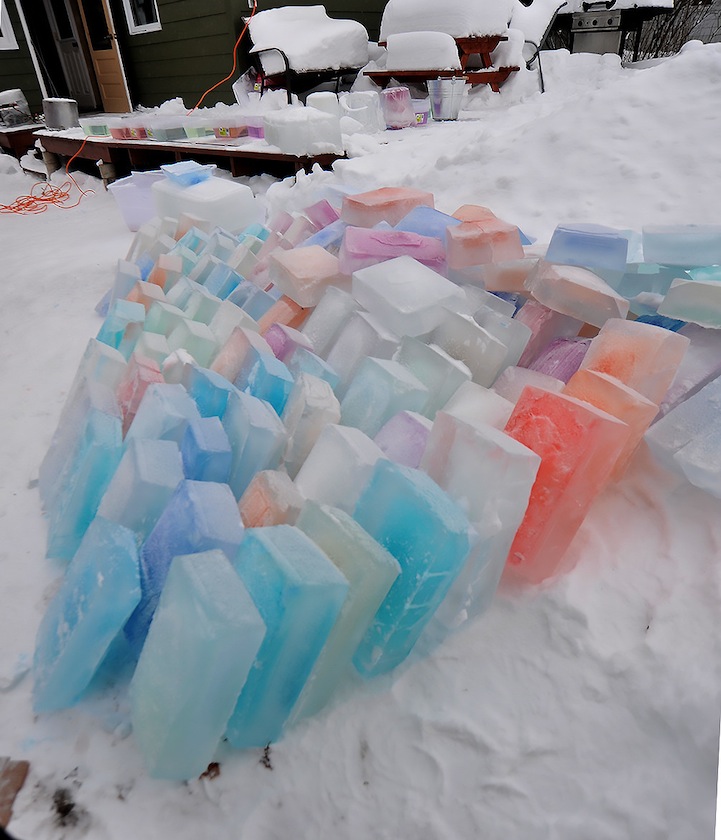 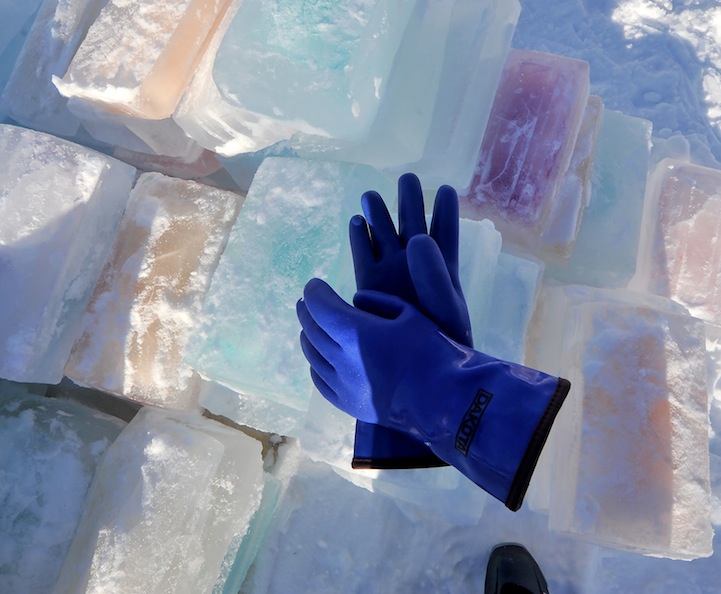 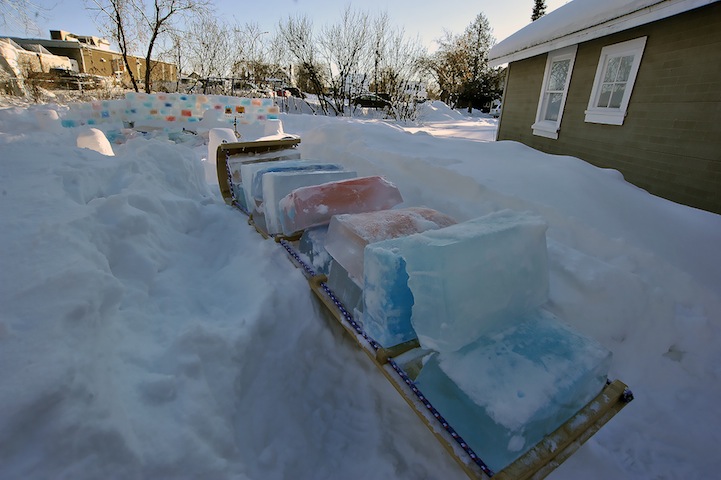 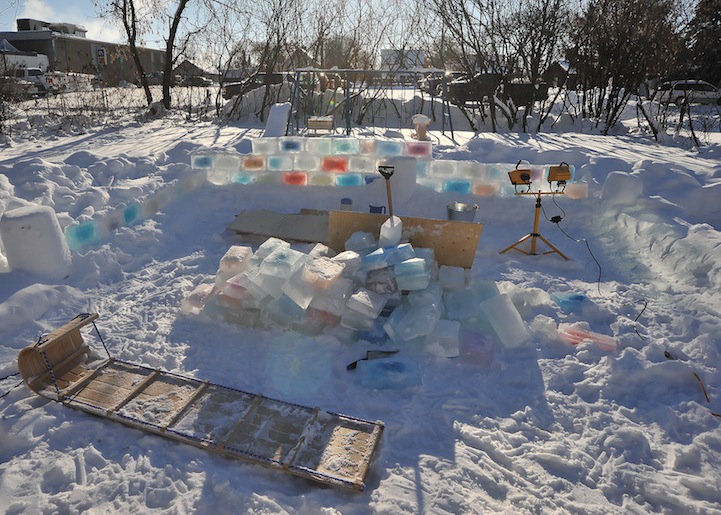 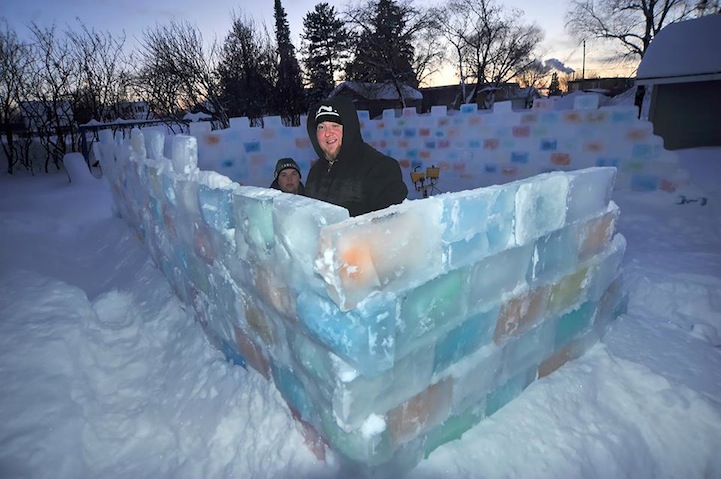 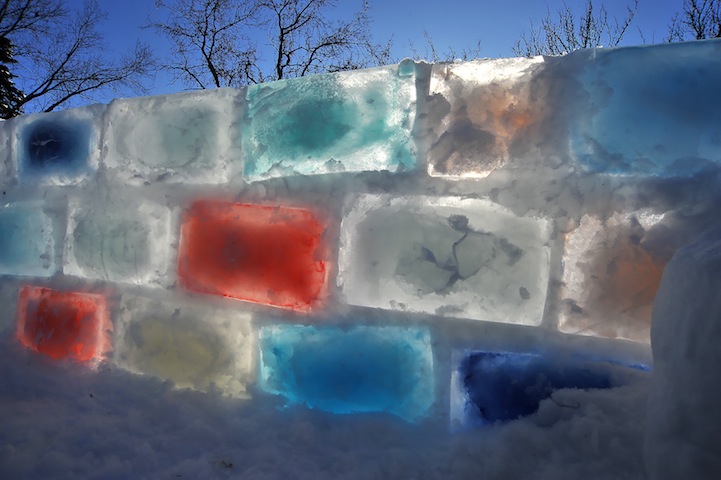 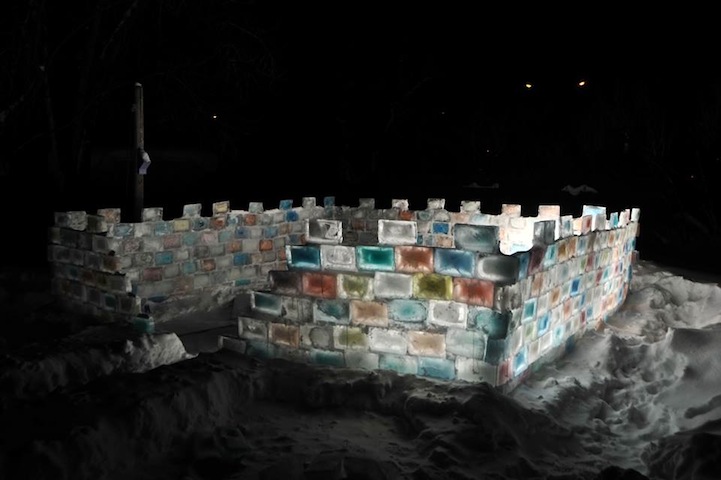 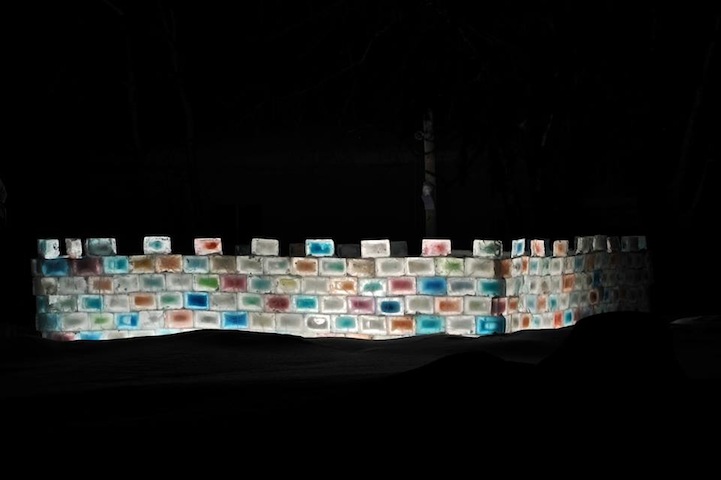 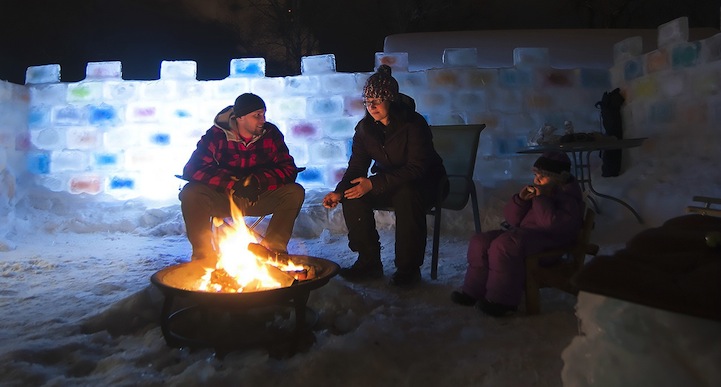 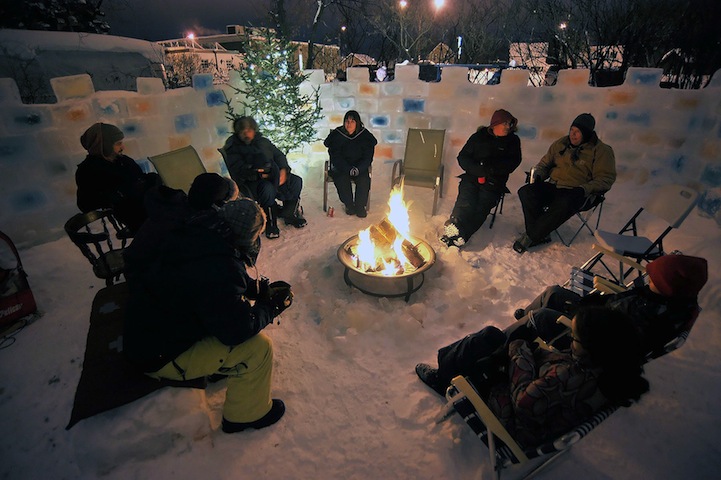