Church Made of Guns and Ammo 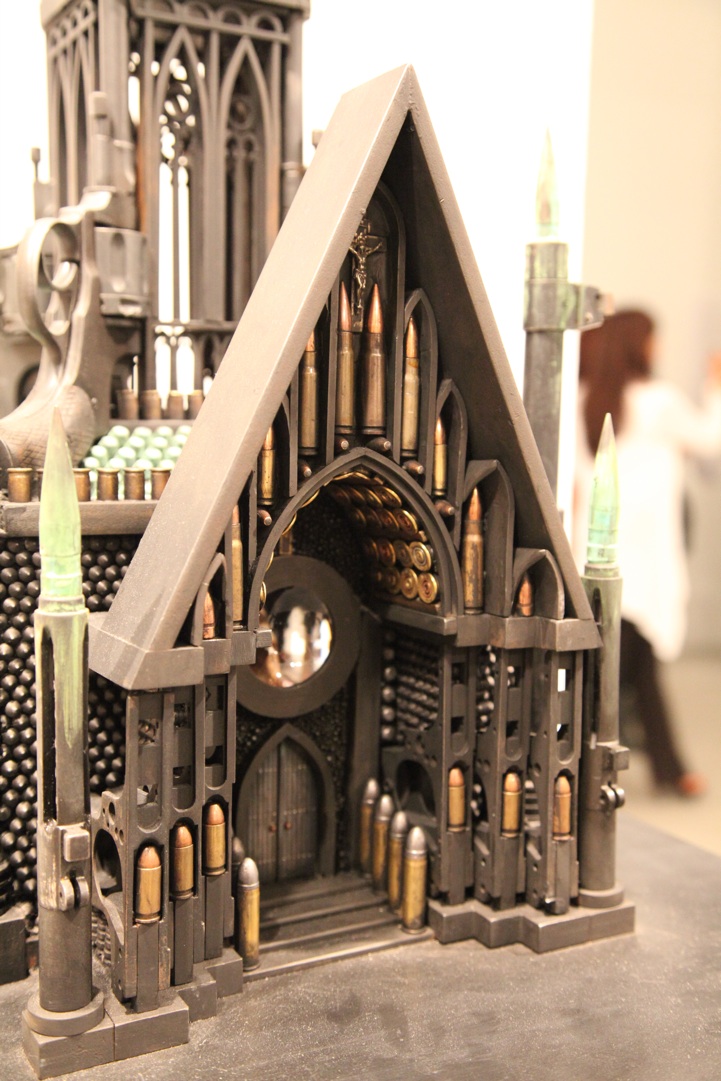 A shockingly cool piece of art we spotted at Art Miami's VIP opening night was this church made of guns and gun parts by American artist Al Farrow. Called Skull of Santa Guerro III, this new work stood out because of its interesting use of materials. Farrow is known to make models of churches, temples and mosques from bullets and gun parts to highlight the relationship between war and religion.

As he once said, “In my constructed reliquaries, I am playfully employing symbols of war, religion and death in a facade of architectural beauty and harmony. I have allowed my interests in art history, archeology and anthropology to influence the work. The sculptures are an ironic play on the medieval cult of the relic, tomb art, and the seductive nature of objects commissioned and historically employed by those seeking position of power.” 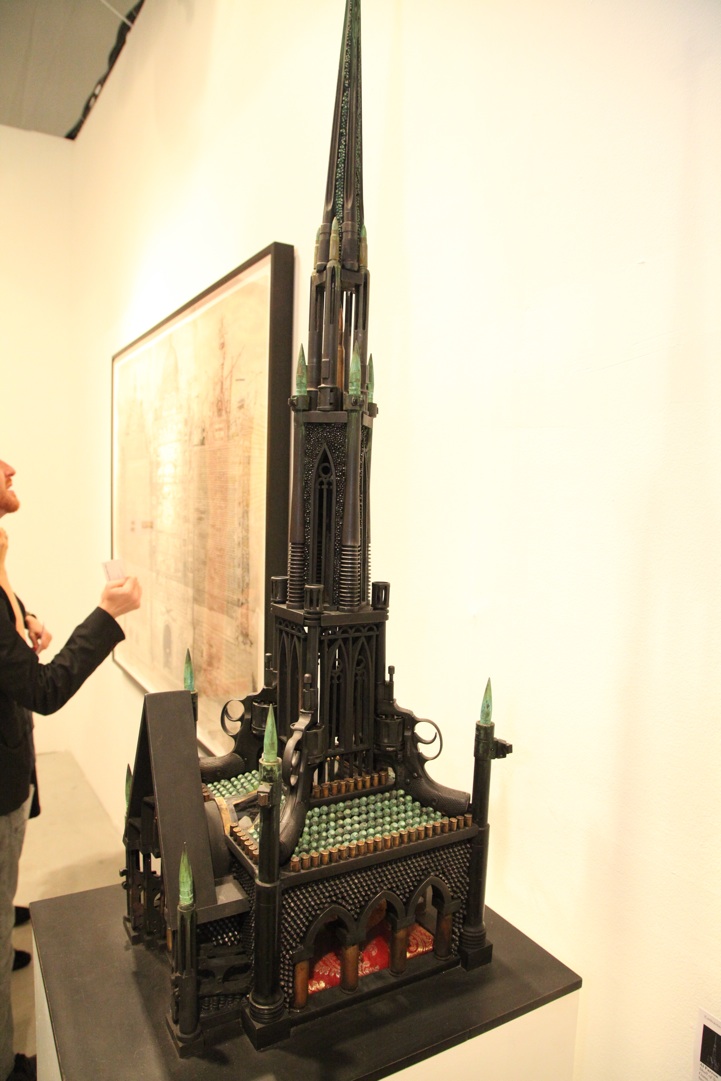 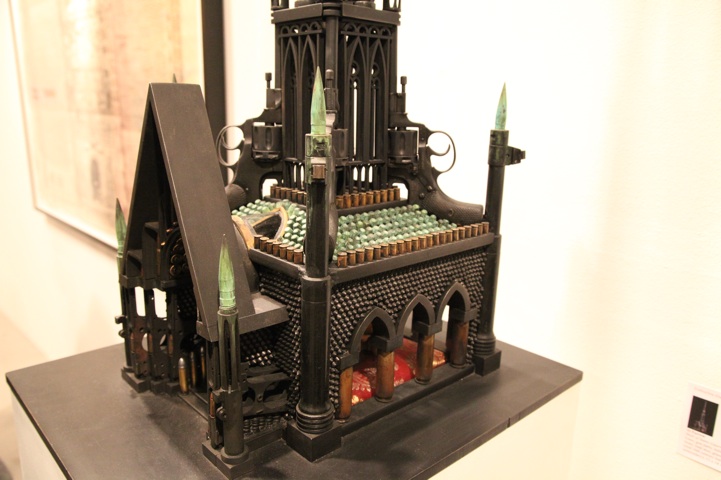 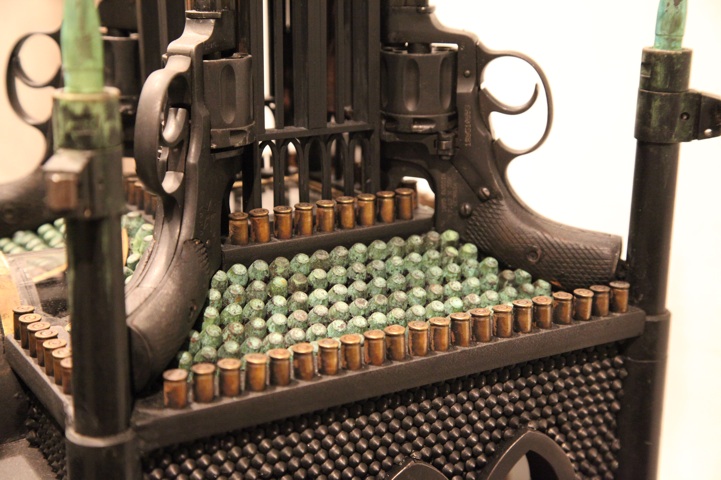 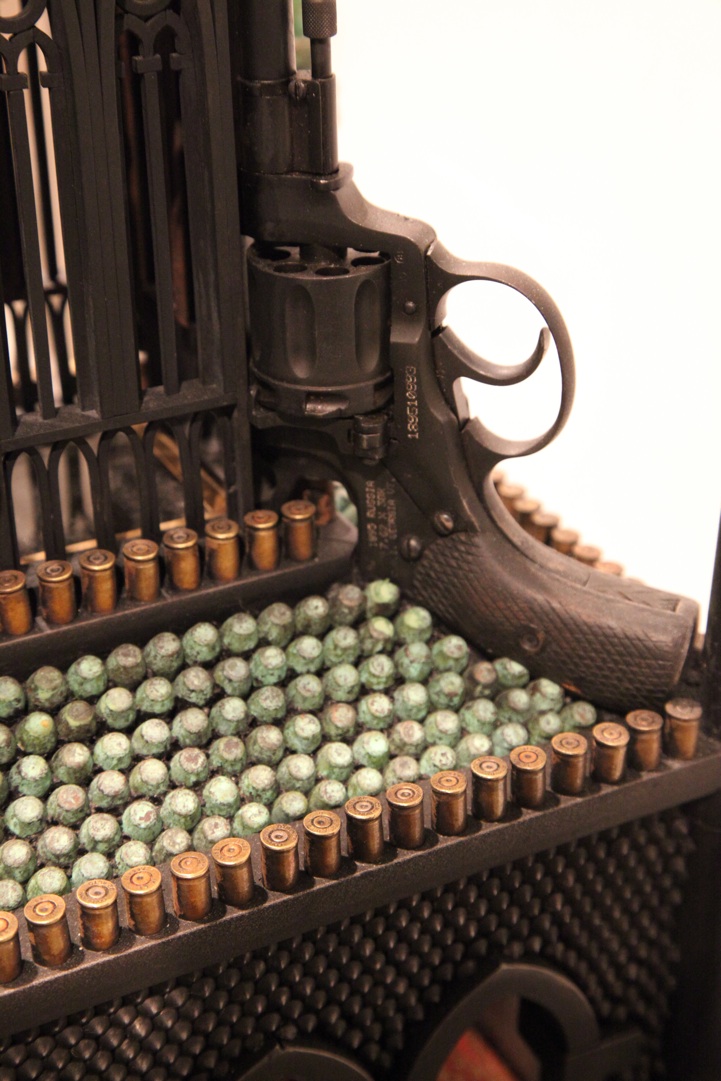