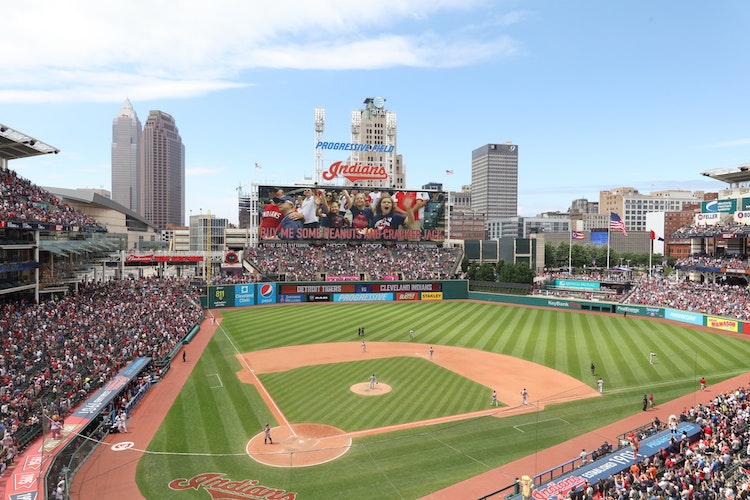 In recent years, many major sports league teams have garnered significant backlash for their outdated—and often racist—team names and logos. Some have resisted the call to alter their offensive monikers while others have embraced the criticism and adapted. Most recently, Cleveland’s Major League Baseball team has joined the list of those that are finally deciding to modify their long-held namesakes. On July 23, 2021, the team revealed that it would now be known as the Cleveland Guardians instead of its formerly held title. The team has been known as the Cleveland Indians since 1915, so this name change will likely be a major adjustment for long-time fans.

The name change won’t formally take effect until after the end of the 2021 season. However, the popular team began the process as early as December 2020 when it announced its intentions on Twitter and began collecting input from over 40,000 fans. The Cleveland Guardians will actually be the fifth name in the baseball team’s history, preceded before its most recent iteration by the Blues in 1901, the Bronchos in 1902, and the Naps from 1903 to 1914. So, while some may argue that there is no point in changing a name that has been around for so long and carries so much history, this decision proves that it is only part of the natural evolution of a team and its identity.

“We are excited to usher in the next era of the deep history of baseball in Cleveland,” says Team Owner and Chairman Paul Dolan. “Cleveland has and always will be the most important part of our identity. Therefore, we wanted a name that strongly represents the pride, resiliency, and loyalty of Clevelanders. ‘Guardians’ reflects those attributes that define us while drawing on the iconic Guardians of Traffic just outside the ballpark on the Hope Memorial Bridge. It brings to life the pride Clevelanders take in our city and the way we fight together for all who choose to be part of the Cleveland baseball family. While ‘Indians’ will always be a part of our history, our new name will help unify our fans and city as we are all Cleveland Guardians.”

The team had already discontinued its use of the controversial Chief Wahoo logo on its team uniforms in 2019. Now, in conjunction with its name change, it will also be debuting a new Guardian Fastball logo inspired by the helmet and wings from the Hope Memorial Bridge’s Guardian statues and the team's “strong pitching heritage.” The changes have been a long time coming, and many fans are already embracing this new era of team pride. However, those who stand to benefit the most are the Indigenous communities of Cleveland who have been advocating for this change for quite some time.

Together, we are all… pic.twitter.com/R5FnT4kv1I