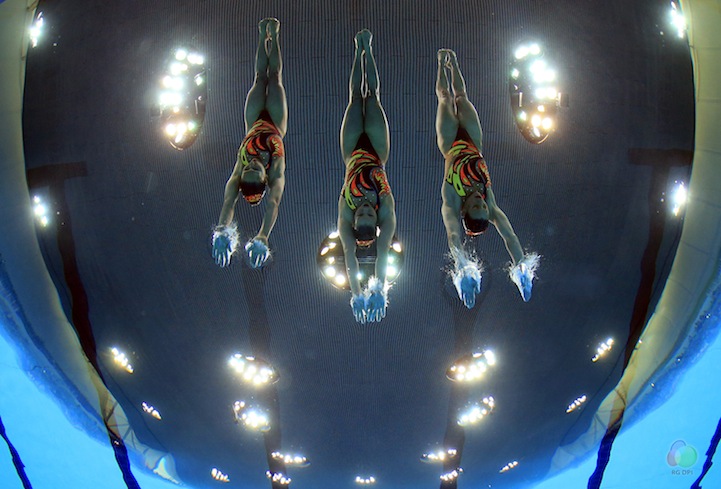 You can't time a shot much better than this. Getty Images photographer Clive Rose captured this fantastic image of synchronized swimmers diving into a pool at the London Aquatics Centre in London, and you can see their hands just breaking into the water. Rose took the shot using a pre-production Canon EOS-1D X while testing a system for shooting underwater that Getty and Canon have been developing together specifically for the upcoming London Olympics.

“The picture is shot from the pool floor looking up and out towards the middle of the pool a little,” Rose tells Calgary Herald staff photographer Rob Galbraith. “The swimming team is diving over the camera into the water, and I've aimed to capture them as they hit the water.

“The main objective with this type of shot is to try and encapsulate the pattern (if there is one) of the venue ceiling, whether it's lights or structural, and use it as a nice background for the swimmers as they dive in. Once they hit the water the glass effect is destroyed, and it basically becomes a mess.”