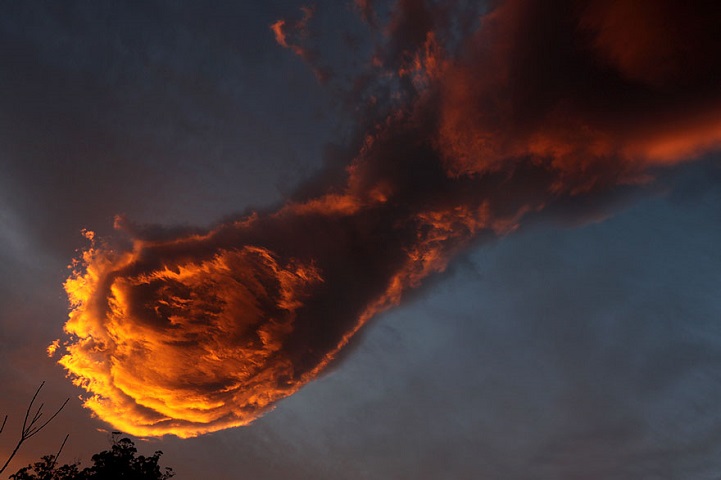 This breathtaking cloud formation (dubbed the “Hand of God”) was recently spotted blazing in the sky overtop the Portuguese island of Madeira. Struck by the amazing sight, local weather blogger Rogerio Pacheco was able to snag these images of the golden horizon. Pachero has said: “As soon as I saw the sky, I was immediately intrigued and I just had to grab my camera to take a photo.” His images have since been widely shared by social media users who were similarly mesmerized by the intense atmospheric display.

Onlookers have said that the surreal cloud resembles a giant fist from Heaven, clutching a fireball. Alternatively, the amazing display has been compared to a comet that appears in the video game Final Fantasy VII. In reality, this beautiful pattern is caused by two layers of air in the atmosphere moving at different speeds. This “Hand of God” sighting is an example of pareidolia, a psychological phenomenon where one perceives a familiar shape in random or vague images. 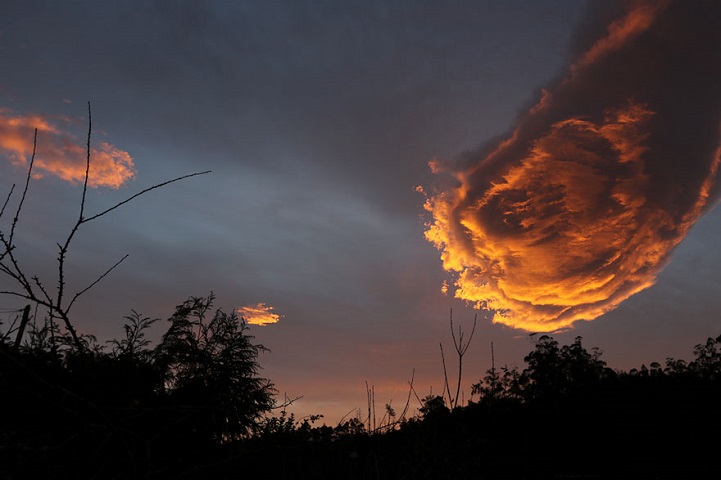 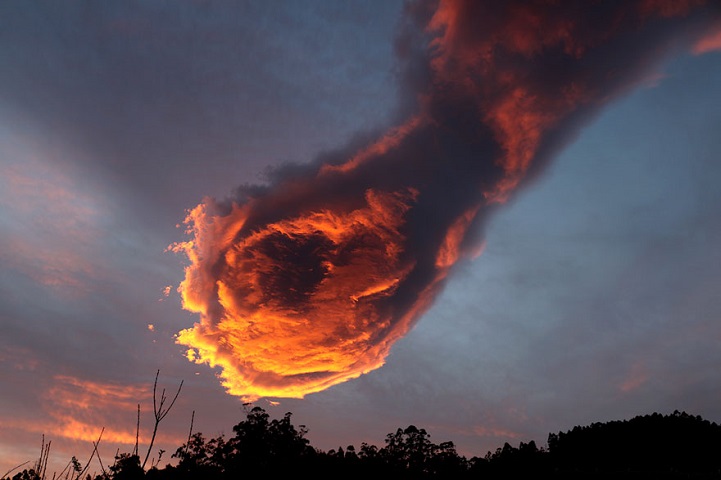