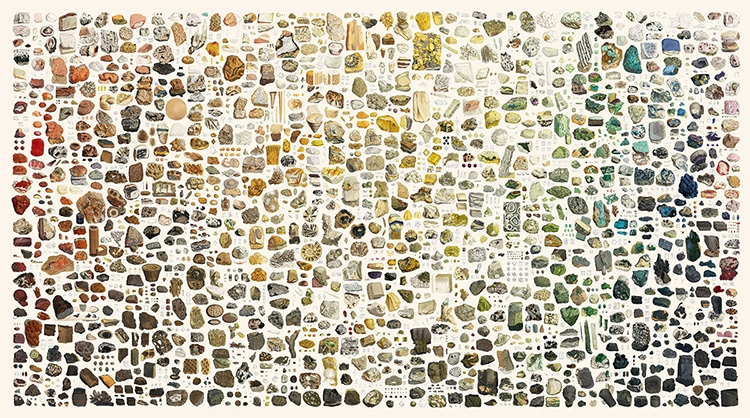 A new interactive collage called British & Exotic Mineralogy encourages users to explore 718 minerals through the illustrations of James Sowerby, an early 19th-century British naturalist and mineralogist. Data artist and web designer Nicholas Rougeux created the collage over the course of four months using Sowerby's illustrations. Rougeux writes, “The detail and care with which these illustrations were created is incredible and worthy of close examination.” On the interactive site, users can zoom in to inspect each mineral and click to see a detailed description. Some minerals such as silver or diamond may be familiar, while others like Fluate of Lime are more obscure.

Between 1802 and 1817, Sowerby published these color illustrations of minerals found in Britain and “exotic” lands. The minerals were accompanied by short descriptions in his multi-volume works British Mineralogy and Exotic Mineralogy. To create an interactive collage, Rougeux painstakingly digitally restored each illustration and categorized all by key color. Sorting by hue and brightness, the final arrangement was determined in grid form. However, placing the illustrations was no easy feat. Although 718 minerals were categorized, many illustrations contained multiple drawings. In total, 2,242 separate illustrations comprise the final collage.

Reminiscent of curiosity cabinets in the 19th century, the final collage allows users to follow their curiosity through the minerals. Click on a sample and an enlarged illustration appears with the mineral name and description. With a useful index for aspiring geologists, Rougeux's project uses the sleek aesthetic of modern web design to bring Soweby's work to life 200 years after initial publication. Rougeux's technical use of color yields an impressive and visually pleasing collage. Available as a stunning poster, British & Exotic Mineralogy brings together geology, history, illustration, and design. 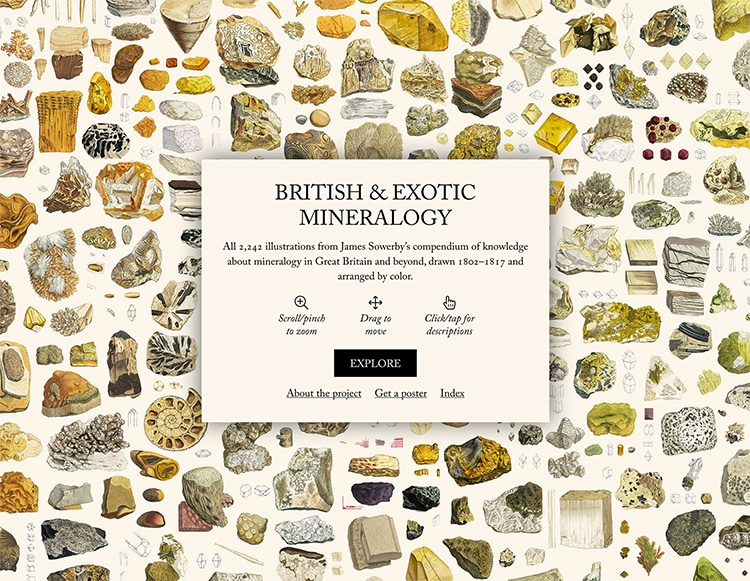 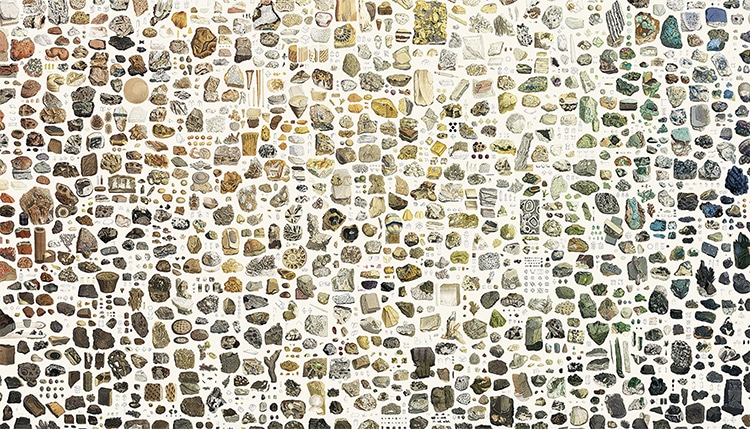 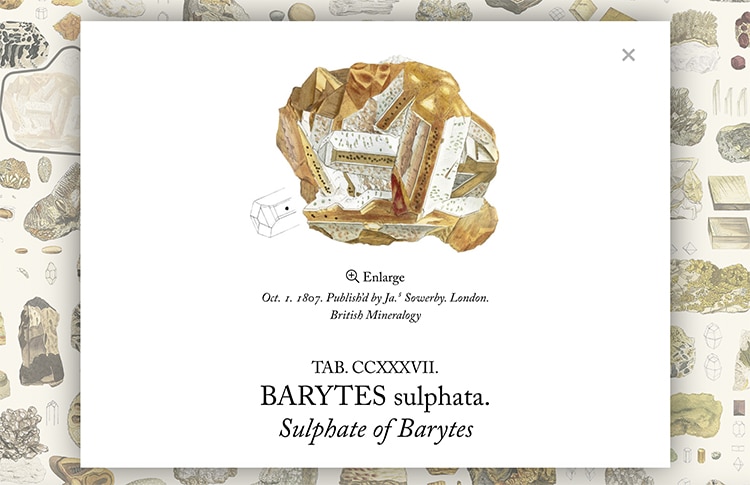 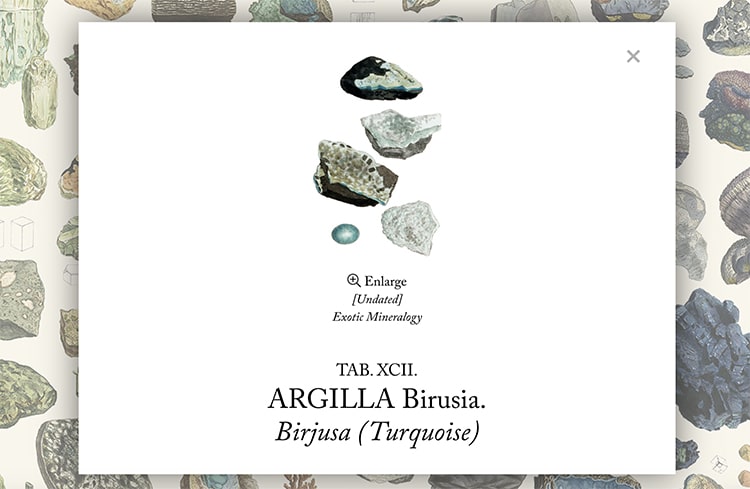 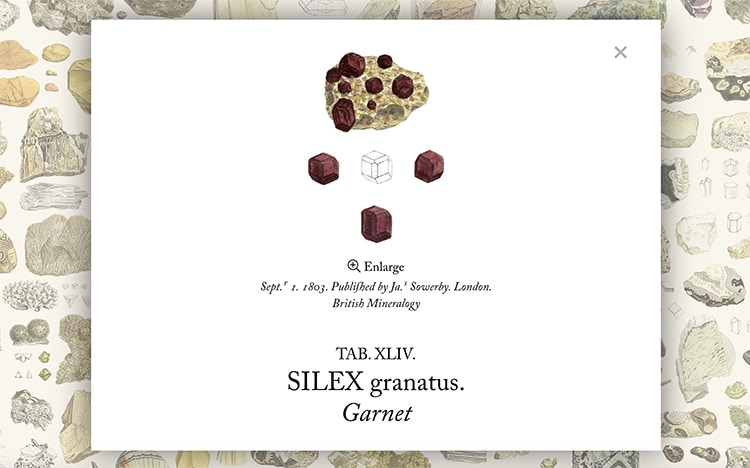 Despite having only 718 minerals on display, this digital resource includes 2,242 separate drawings, showing multiples of certain subjects. 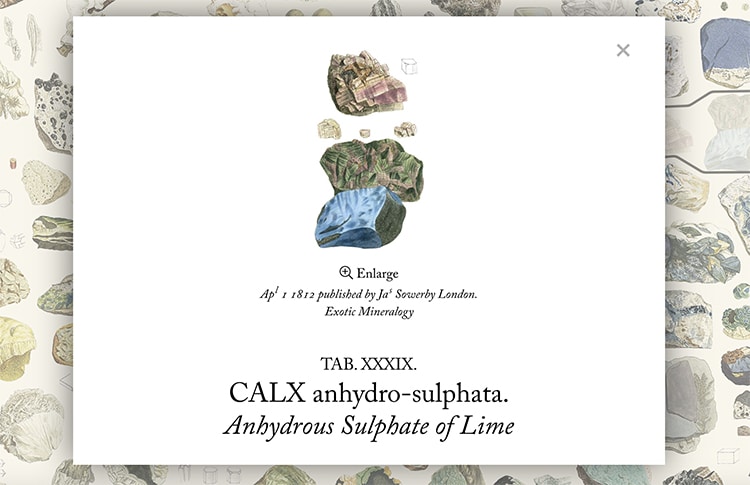 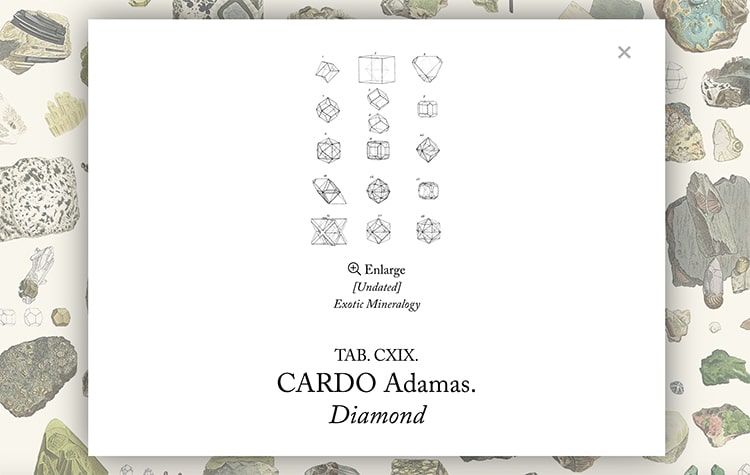 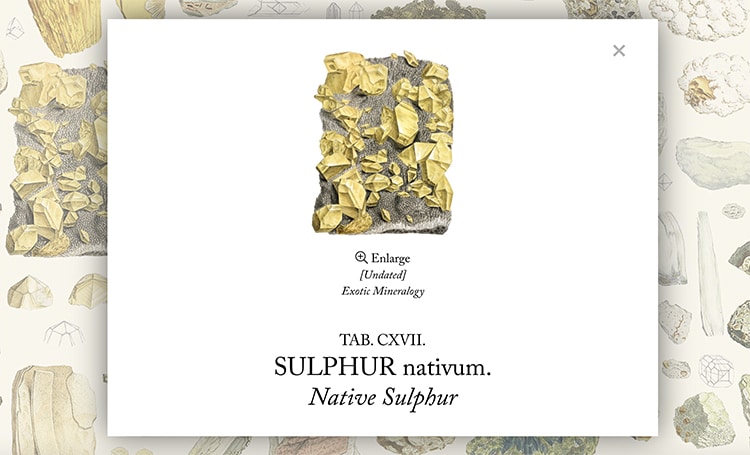 The interactive collage also allows you take a close look at the mineral illustrations by zooming in. 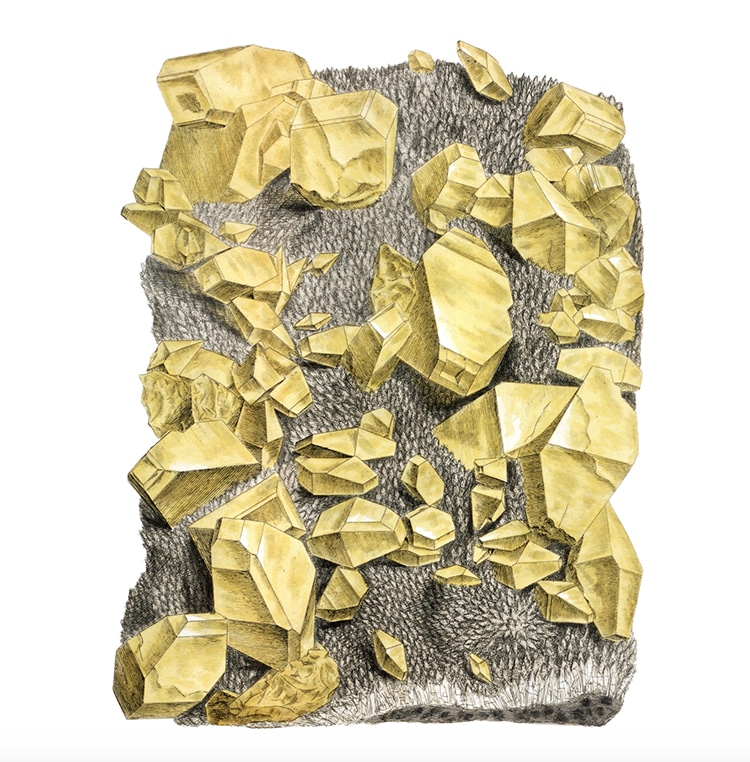 The entire collage is also available as a museum-worthy poster. 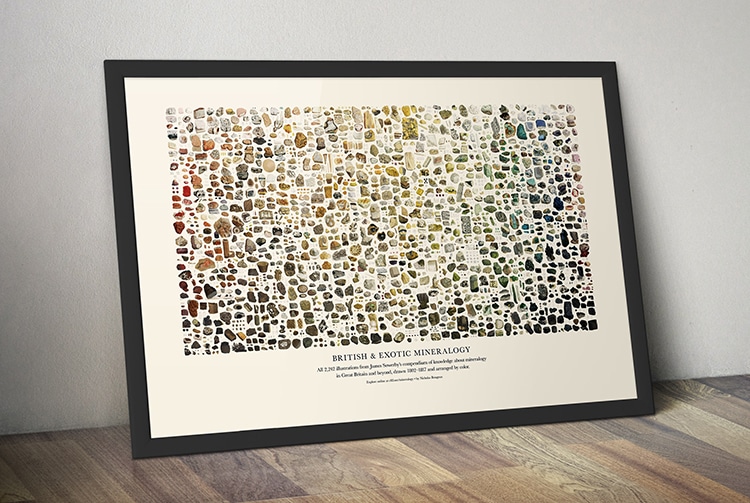 Learn the Magical Reason Why Some Minerals Transform Color