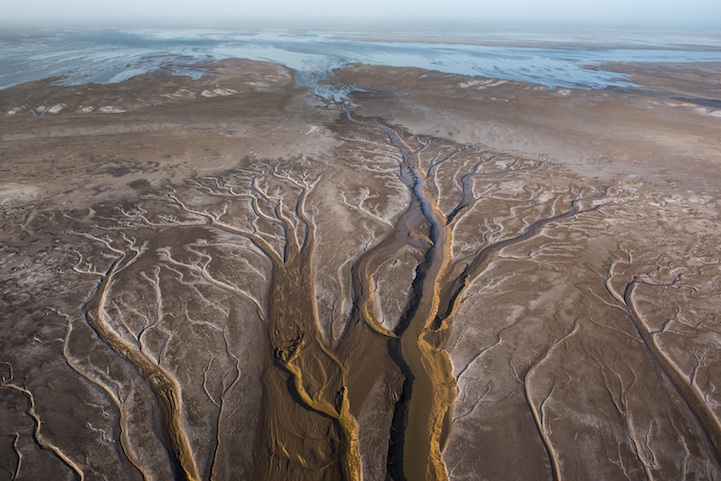 Recently, for Outside Magazine, photographer Peter McBride captured these incredible, once-in-lifetime shots of the Colorado River kissing the sea. It's been more than 50 years since the Colorado River regularly reached the Sea of Cortez, but this spring, an agreement between the United States and Mexico, called the Minute 319, changed all that. As Rowan Jacobsen of Outside wrote, “Over eight weeks, a 105,392-acre-foot pulse flow of water–about 34 billion gallons–would pour through Morelos and down the dry channel. The idea was to mimic the dynamics of the Colorado's historical spring flood, timed to coincide with the germination of willow and cottonwood seeds.”

“It was the unlikeliest of plans: take a titanic slug of water from the most over-allocated river in North America, shoot it through some of the driest country on earth, and turn these godforsaken wastelands back into an Eden. And how anyone managed to pull it off is mystifying, because–perhaps you've heard–the West is as parched as Mars right now. Here in the heart of the Great Megadrought of 2014, with Lake Mead draining behind Hoover Dam like an unplugged bathtub, farmers scuffling for water like dying men in a life raft, and the Bureau of Reclamation warning Arizona and Nevada to plan on rationing by 2016, somehow $10 million worth of agua pura was being jettisoned.”

Peter McBride made a film and a book about this lifeline for the Southwest. “To my amazement,” he says, “it kissed the sea this spring thanks to the hard work of many who lifted the gates of the last of 12 major dams on the river to release an experimental pulse flow across the parched delta. It was temporary and puny in the scheme of things – less than 1% of the river – but magical as it showed the world how we can restore natural habitats if we try. The goal was to not only restore the river, but native vegetation and fisheries which ultimately restore us, too.”

You can read the whole article, called The Day We Set the Colorado River Free, right now on Outside and you can watch a short video of the epic event below. 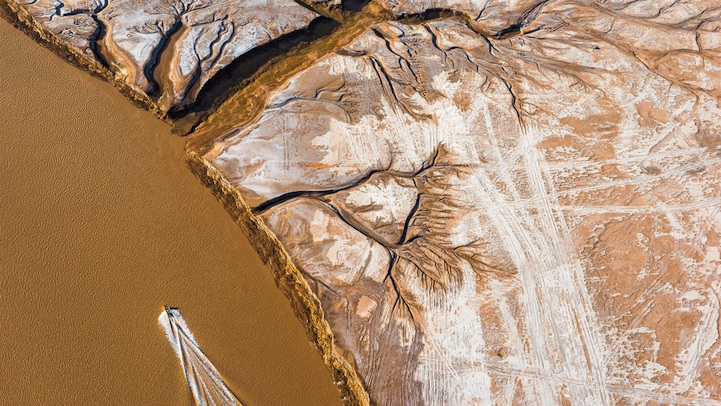