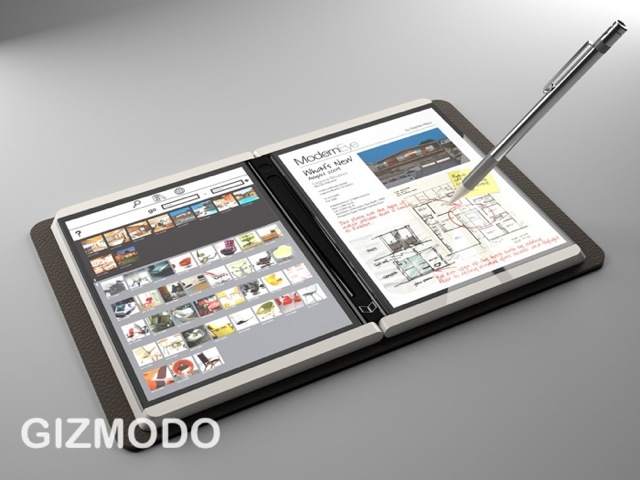 This new product by Microsoft is going to be revolutionary. According to Gizmodo, Courier is a real device that is currently in the “late prototype” stages of development. Unlike Apple's mythical Tablet, Microsoft's Courier is a booklet. Its dual, multi-touch 7-inch screens are designed for writing, flicking and drawing with a stylus, in addition to fingers. The screens are connected by a hinge that holds a single iPhone-esque home button. Statuses, like wireless signal and battery life, are displayed along the rim of one of the screens. The device charges through an inductive pad, like the Palm Touchstone charging dock for Pre. Smart Agenda is Courier's home screen and displays a summary of items including emails and appointments. Inside the Infinite Journal, which is basically the soul of the Courier, a “cloud” feature allows people you collaborate with to leave you messages on shared files. Users can also use the browser to easily clip content, like photos, to keep in the journal. A camera is located on the back cover, but the coolest feature may be Courier's pen, which can be twisted to to select different functions. The pen has two buttons, one of which is undo, and includes an eraser and a full color palette. Check out the video below to see Microsoft's Courier in action.