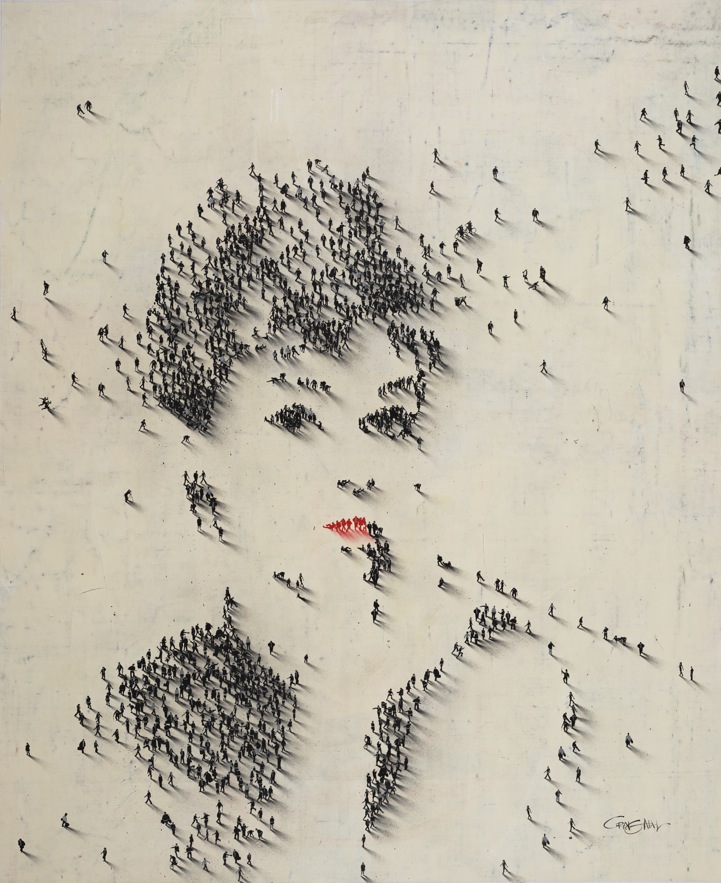 Starting his creative career as a street artist, Craig Alan developed his portraiture skills while earning a living to further fund his artistic pursuits. Since that point, the artist has been honing in on his craft and creating something more than your average portrait. He represents people as an amalgam of other people. The artist's portfolio boasts a series of inventive portraits of iconic figures whose visage appears to be composed of tiny pixels. Upon closer inspection, the spectator can see that the pixels are, in fact, people.

Though the interpretation is left up to the viewer, there is clearly a link between pop culture or historical idols and the general public. Perhaps these tiny bodies represent the fans that make the actors and pop stars the powerful forces that they are or maybe it alludes to the fact that we are all connected. Whatever the case may be, the portraits are brilliantly executed, utilizing every minute figure and his/her shadow to represent the entity. 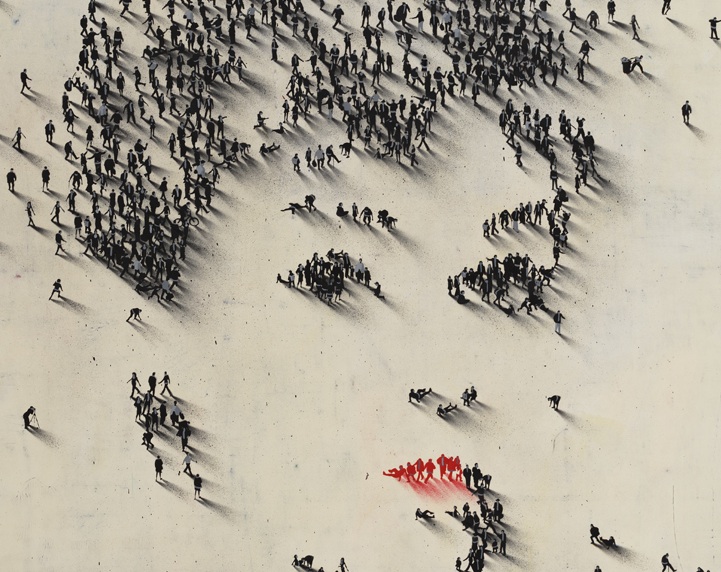 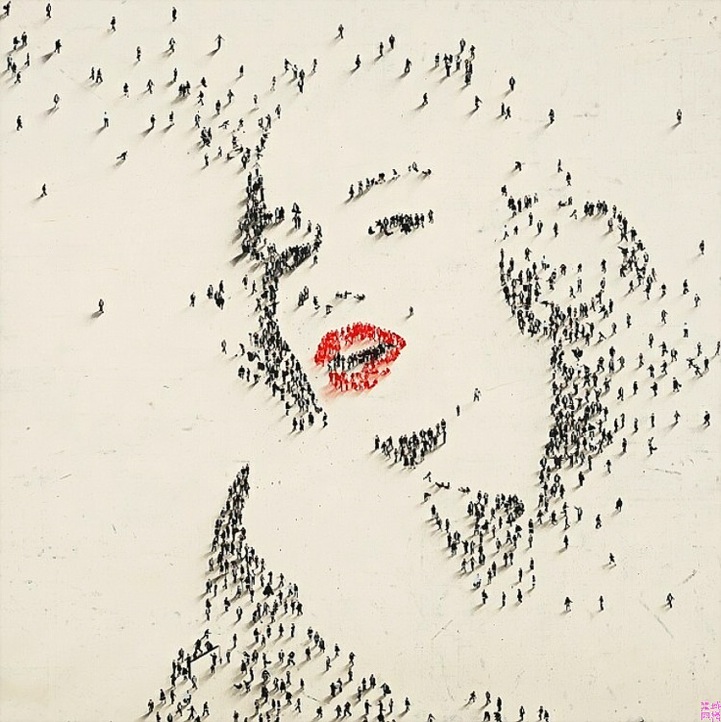 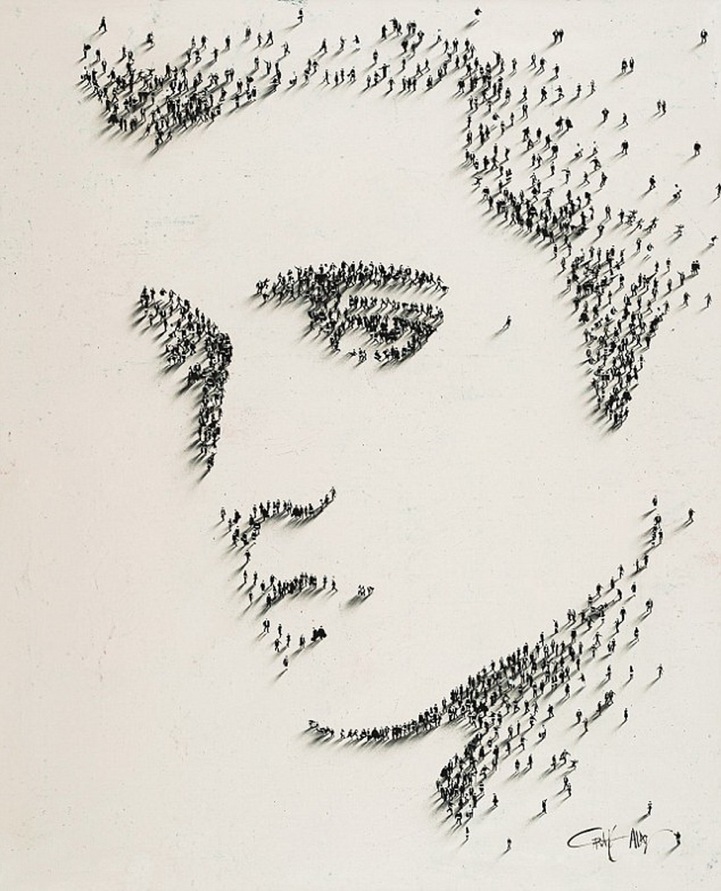 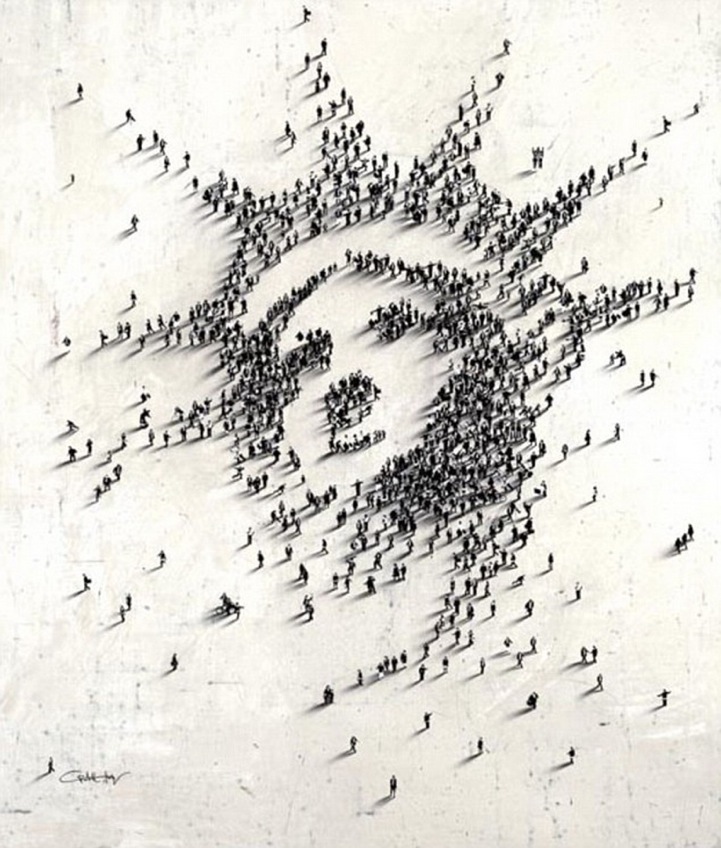