Creative Before and After Maternity Photo 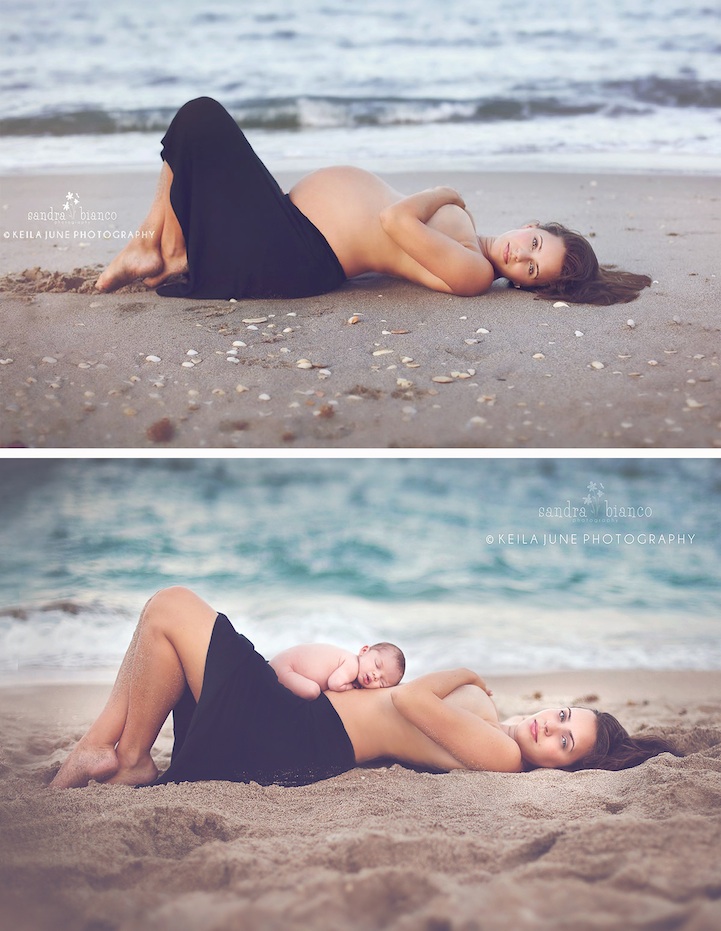 Whether you love it or hate it, you've got to admit, this is one creative before and after maternity photo. Photographer Sandra Bianco took the “before” shot of Keila June when she was 35 weeks pregnant, which is only 5 weeks shy of the typical 40 week pregnancy. Inspired by an image taken by photographer Tina Boyd of a soon-to-be mother lying seductively on the beach (this one?), Keila decided to recreate the topless shot.

Of course, the most interesting part, is the “after shot.” Keila went one step further than most by taking the same photo two weeks after her son, Jaydon, was born. Though the photo was taken on a different beach, the pose was the same as little Jaydon was placed in a similar spot he would be lying in if he was still inside his mother.

“[Photographer] Sandra Bianco came over every other day after we got home from the hospital and encouraged me to take his newborn photos…We took Jaydon to the beach for a few shots, and we thought why not do this one over with him… since you guys know how much I love before and afters!!!”

Reminds me of this creative photo series.