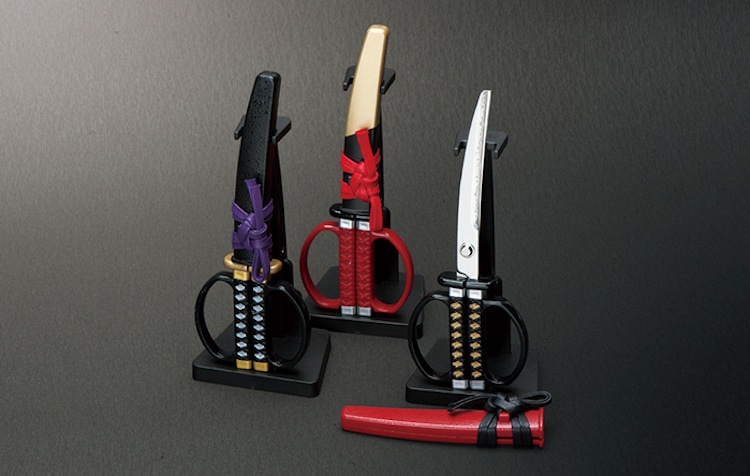 A good pair of scissors can be hard to find, and they leave many artists and stationery enthusiasts wishing that their shears were as sharp as a katana blade. Now, that’s a possibility… sort of. Thanks to Nikken Cutlery, there are scissors that resemble the iconic samurai swords of centuries past. Called Great Katana Scissors, the four shears are each modeled after the custom katana of individual warlords and political reformers from Japanese history.

Oda Nobunaga, a daimyō who lived during the 16th century, carried a katana named Heshikiri Haseba that inspired the pair of scissors with a red handle. His reputation was that of a violent man who bore a heavy strike with his sword.

Date Masamune had the Shokudaikiri Mitsutada, which are the shears with the purple string. Masamune was a popular warrior during his time and is known for using his katana to slice through a bronze candleholder that the enemy was hiding behind.

The third of the Great Katana Scissors is Mitsunokami Yoshiyuki, the sword of 19th-century scholar and reformer Sakamoto Ryoma. Composing a red sheath with a black string, this tool pays homage to the revered individual.

The Heshikiri Haseba, Shokudaikiri Mitsutada, and Mitsunokami Yoshiyuki katana scissors are all sold as a set. In addition, there is a fourth pair, created in limited quantity, that's modeled after the Namazu Otoshiro sword. Tokugawa Ieyasu, its owner, ushered in the beginning of the Edo period which would rule Japan for three centuries.

The location of Nikken Cutlery’s production adds another layer of unexpected history to the scissor set. Created in the town of Seki, the locale is known for its swordsmithing. Although the industry is not as robust as it used to be, they use their skills and tools for creating things like knives, razors, and scissors.

If you’d like to own these special tools, they are now available for preorder.

Nikken Cutlery has modeled a set of scissors based on custom katana blades from Japanese history. 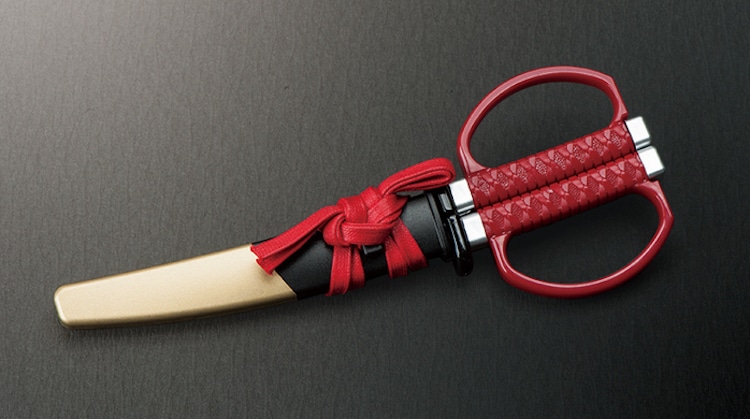 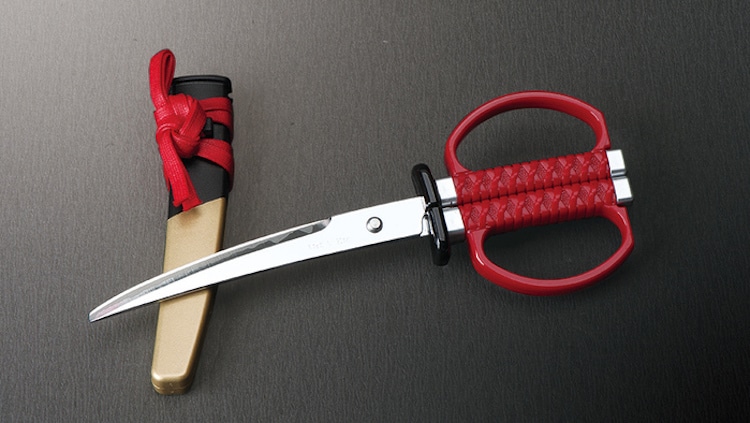 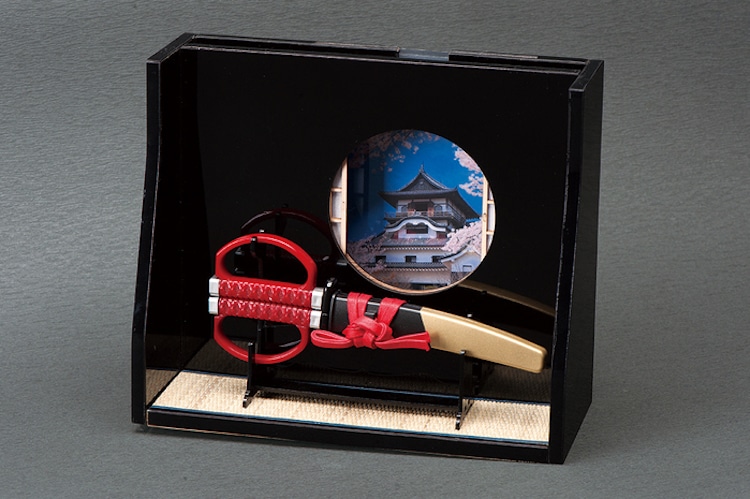 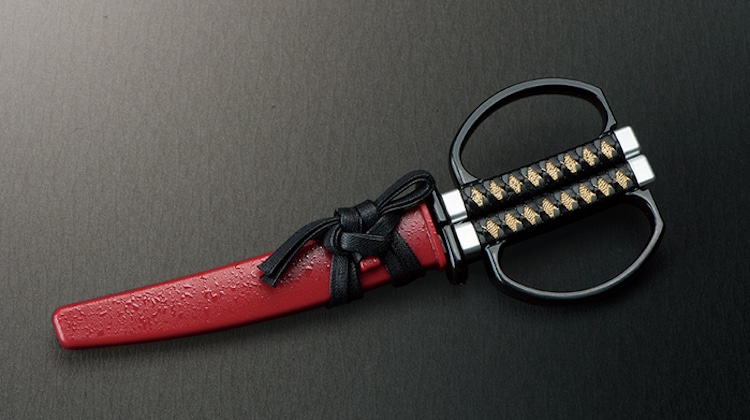 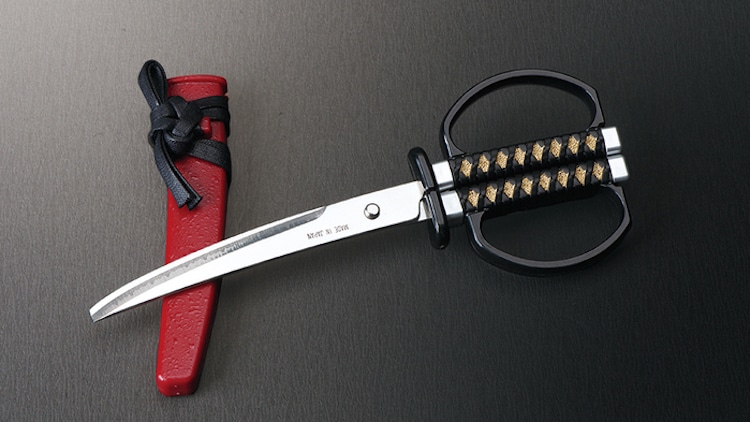 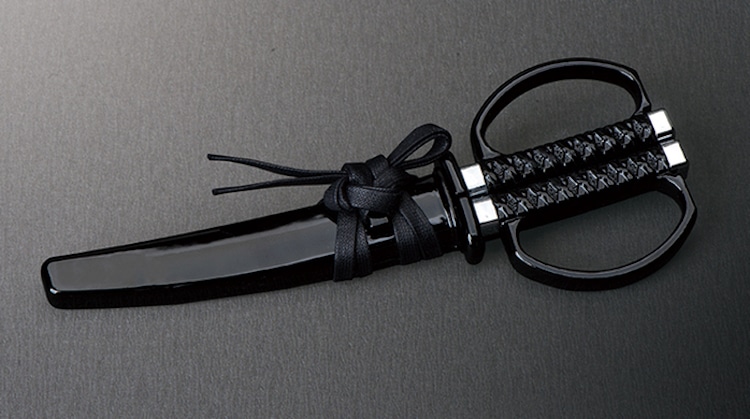 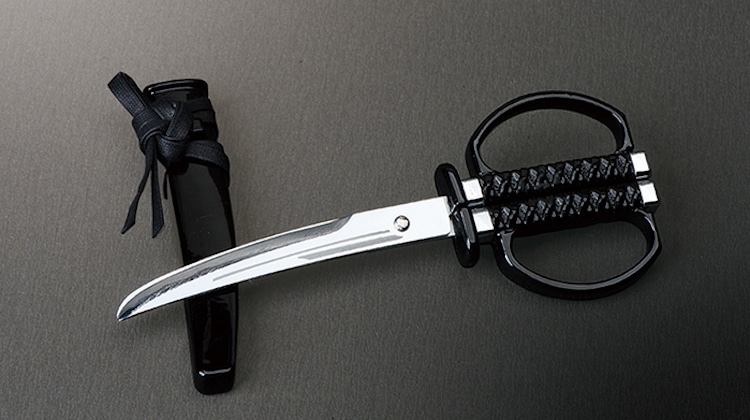 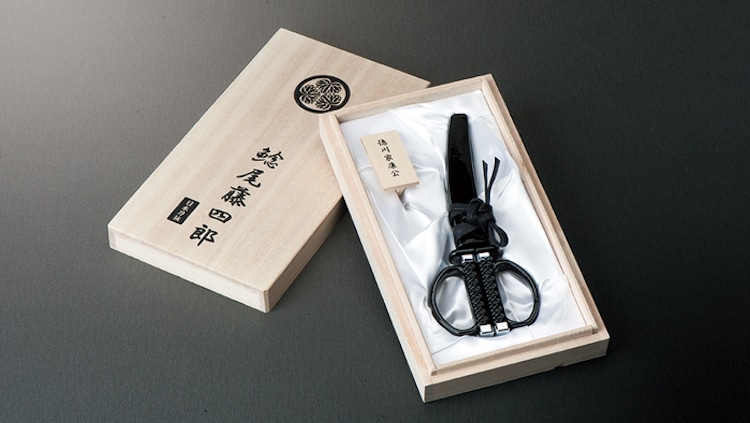 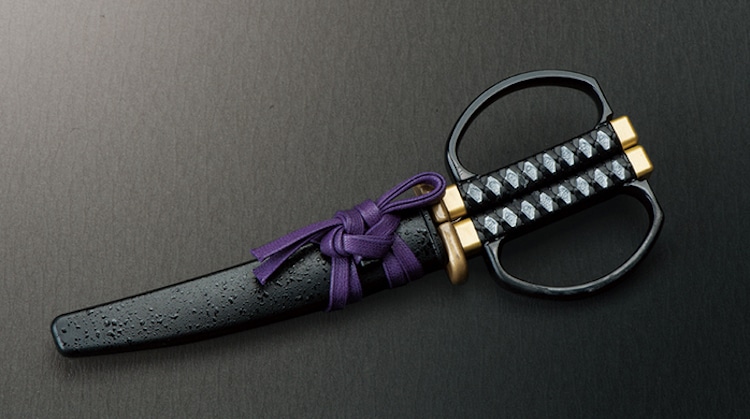 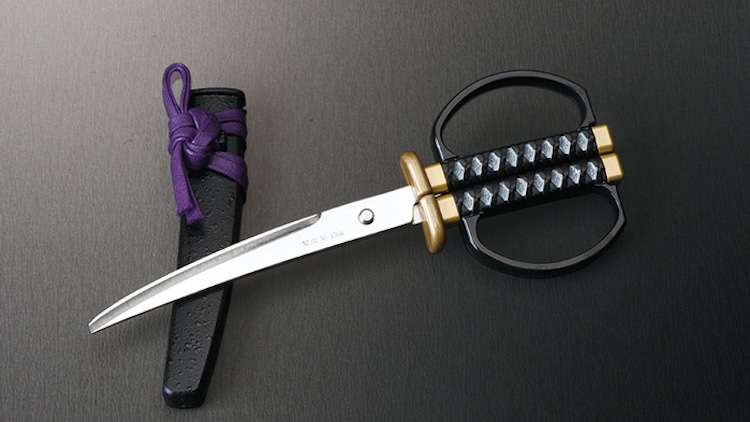 All images via Nikken Cutlery.