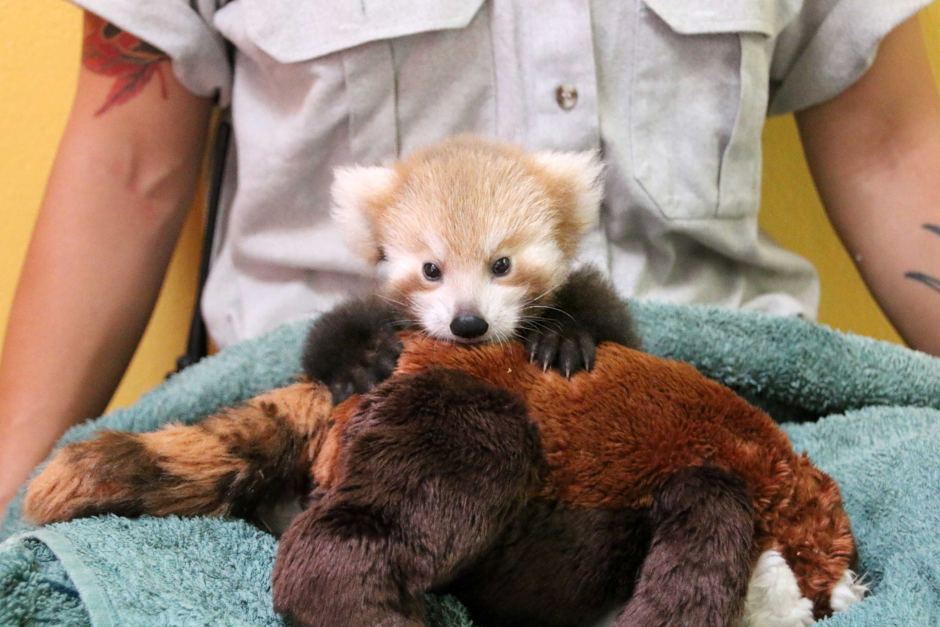 As if Maiya—a recovering red panda cub living at the Taronga Zoo in Sydney, Australia—wasn't already completely adorable, the bright-eyed and bushy-tailed 2-month-old has recently been photographed with a cuddly new companion: a same-species stuffed animal.

In November, Amala, a beloved red panda at the zoo, gave birth to Maiya. At first, the little one was happy and healthy. Not long ago, however, she was traumatically injured while being carried in her mother's mouth. “The mum was actually carrying the cub around by the scruff of the neck, which is a common way that red panda mothers do carry their babies,” Tamara Gillies, Maiya's keeper, told ABC News. “Unfortunately, her saliva or something [got] into the skin folds [and] caused a wound on the cub’s neck.” After assessing the wound, veterinarians and zoo staff made the difficult decision to temporarily separate mom and baby, leaving Maiya with no other red pandas to snuggle up to—that is, until she made a particularly plushy little friend.

As evident in photographs (which are almost too cute to handle), Maiya has bonded with a twice-her-size stuffed red panda. She has become inseparable with the twinning toy, which acts as an improvised cuddle buddy during bottle feedings and snoozes. “The soft toy gives her something with a familiar scent to snuggle and play with,” Gillies explained. “It's the same color as a real Red Panda and she clings to it using her claws and teeth as she would do with her mum.”

While the plaything has proven to be a sufficient substitute for Amala's maternal care, the mother and cub will be reunited soon, as Maiya has shown excellent signs of improvement. “She's definitely a little survivor,” Gillies said. “She's guzzling down her milk formula, she's gaining weight every day and the wound on her neck has almost completely healed.” Go Maiya!

Check out photos of the lovable red panda cub and her favorite toy below! 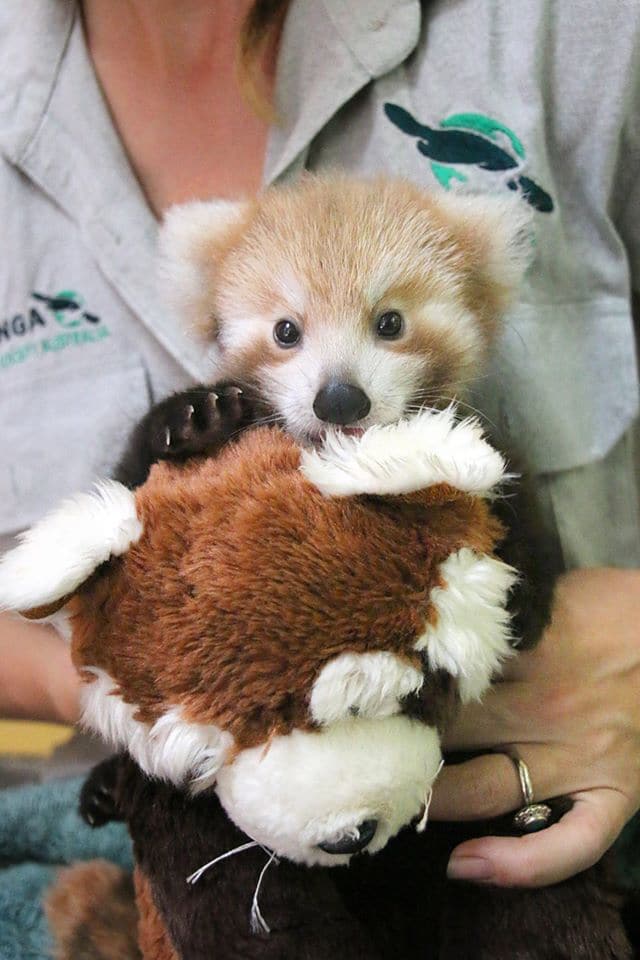 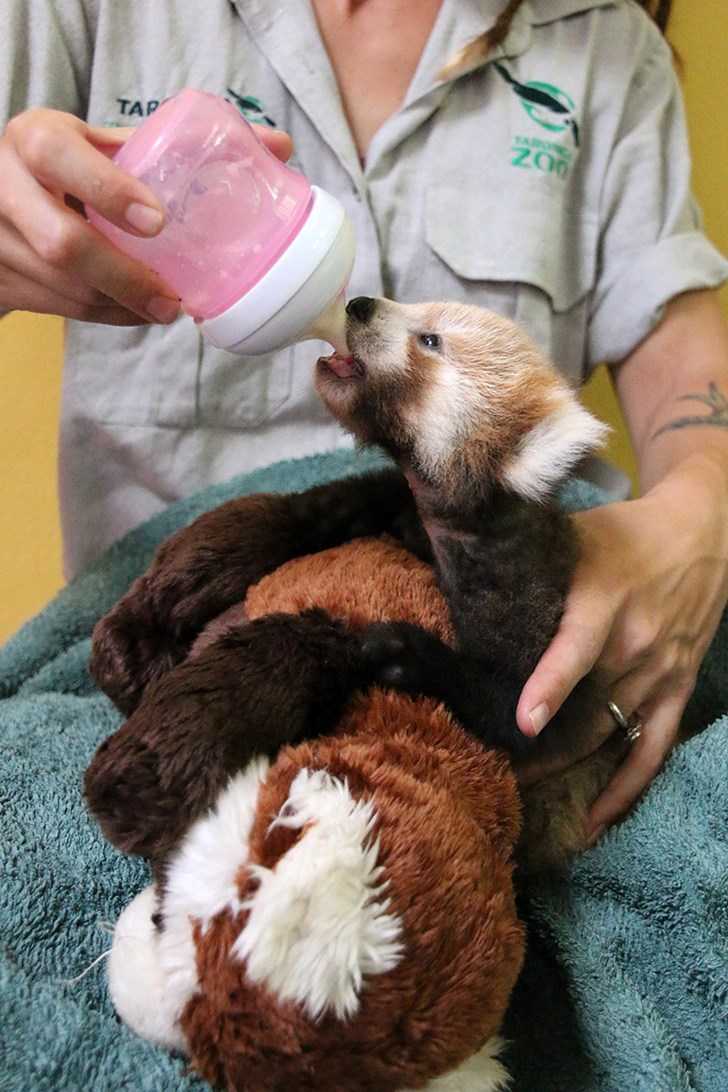 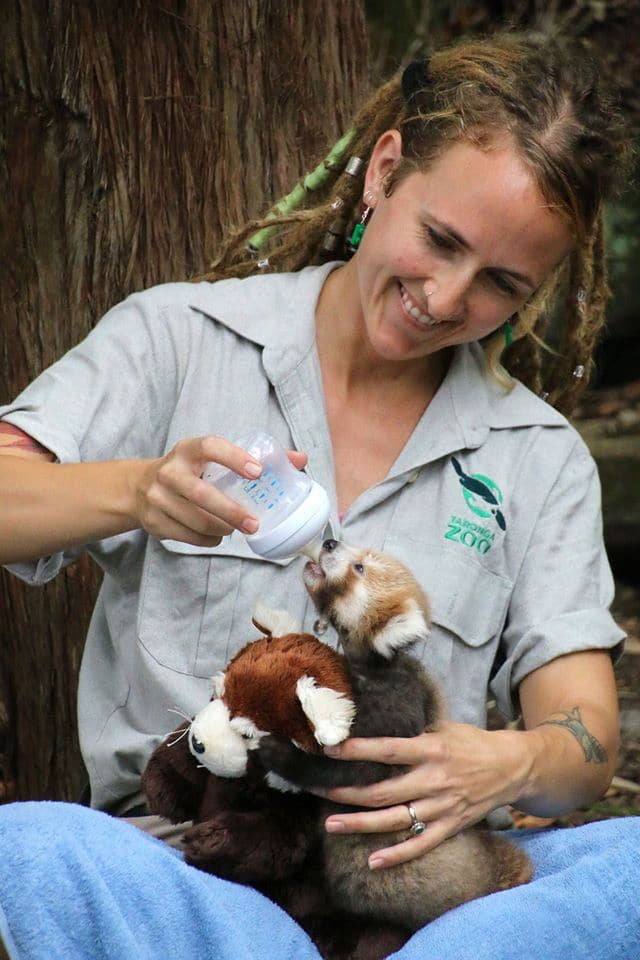 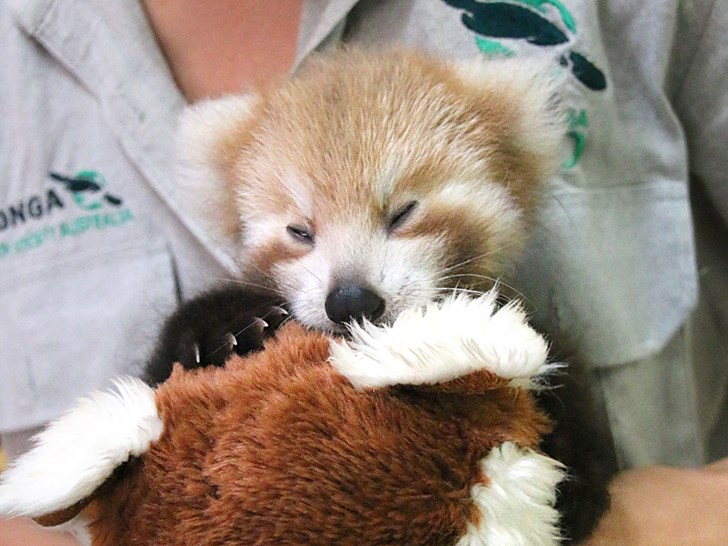 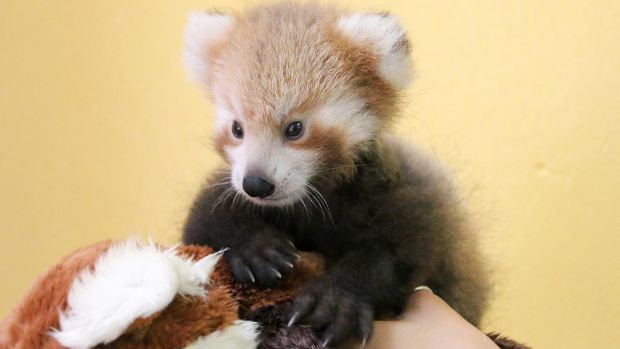 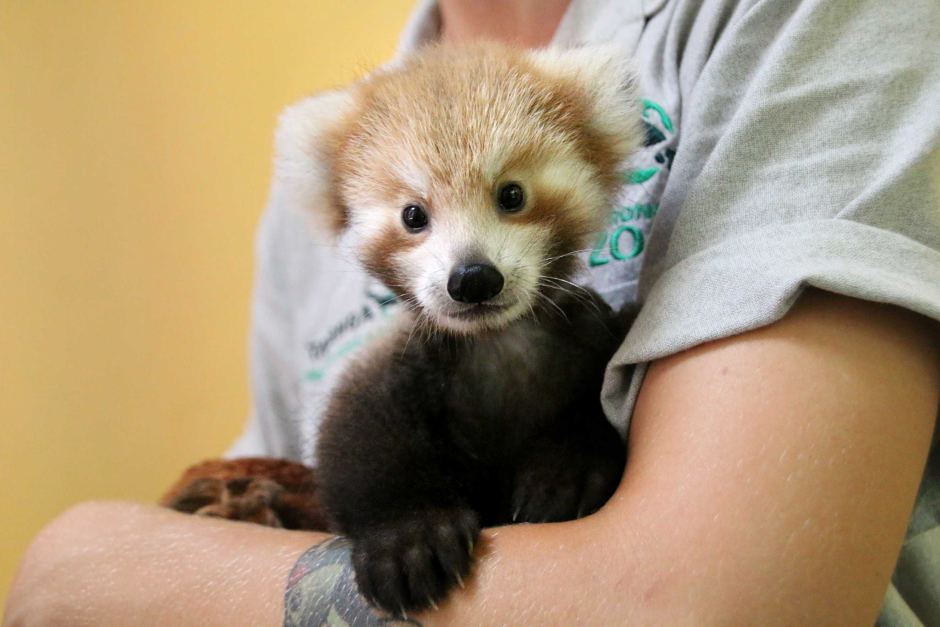 All images via Taronga Zoo.