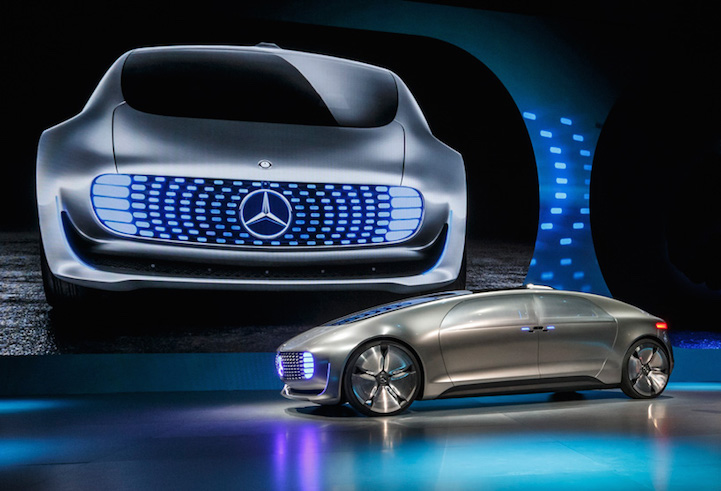 Only weeks after Google officially unveiled their self-driving car prototype, Daimler AG and Mercedes-Benz chose this year's Consumer Electronics Show in Las Vegas to debut the F 015 Luxury in Motion, a concept vehicle that can operate entirely without a driver behind the wheel.

Futuristic in appearance, with a streamlined silhouette, the visionary car rolls up to the passenger with the tap of a button on a smartphone. Saloon-style doors open wide, revealing a spacious, lounge-like interior with hardwood flooring and touchscreen displays along the sides. Four seats can be swiveled to face forward like in conventional cars, or rearranged to face each other, transforming the space into something more like a private living room than an automobile. With the inclusion of a steering wheel, passengers can still choose to drive the vehicle themselves, or they can spend the commute time relaxing, chatting, or doing other tasks.

Similar to the F 015's interior hi-res screens, the car's exterior can communicate information, as well. Front and rear LED displays can flash messages like “SLOW” and “STOP” to other drivers on the road, for example. Mercedes also mounted a laser projection system in the car's grill, which projects a crosswalk on the road when it stops to allow a pedestrian safe passage in front of the vehicle.

“The single most important luxury goods of the 21st century are private space and time,” says Dr Dieter Zetsche, Chairman of Daimler AG and Head of Mercedes-Benz Cars. “Autonomously driving cars by Mercedes-Benz shall offer exactly that. With the F 015 Luxury in Motion, this revolutionary concept of mobility becomes tangible for the first time.” 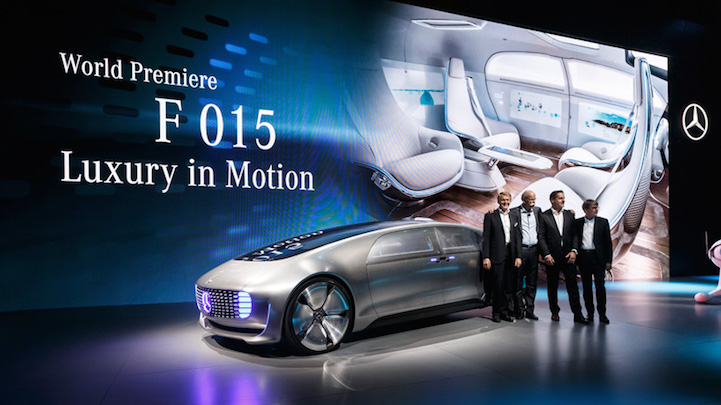 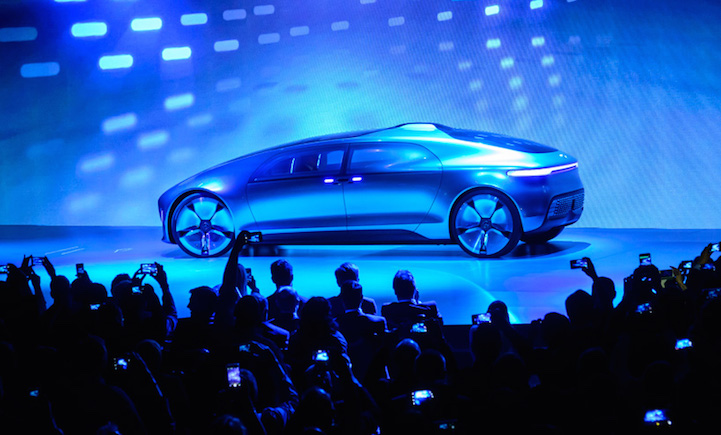 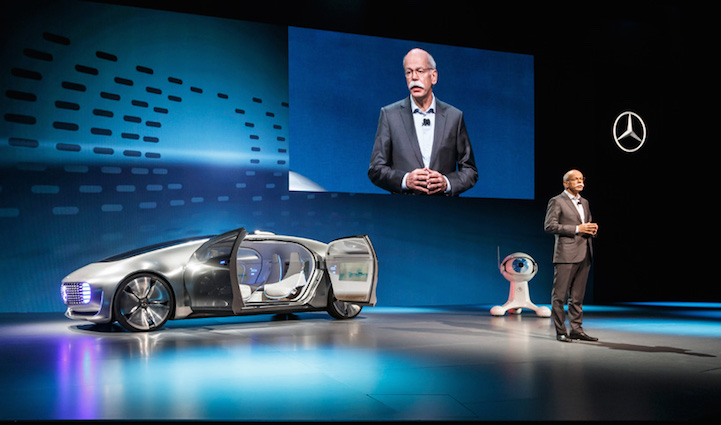 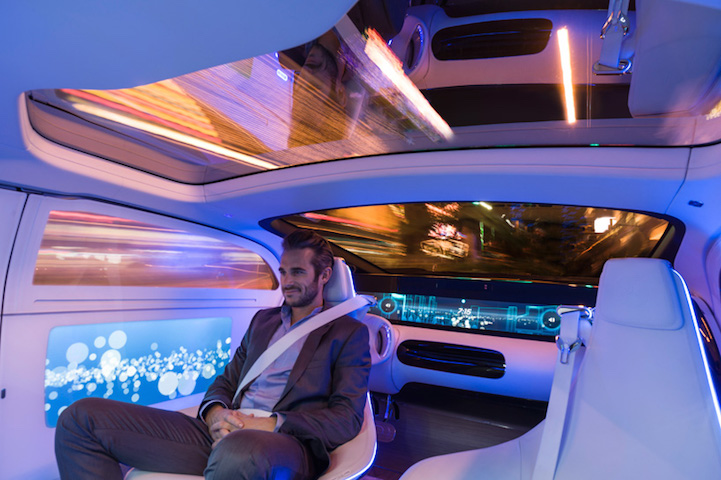 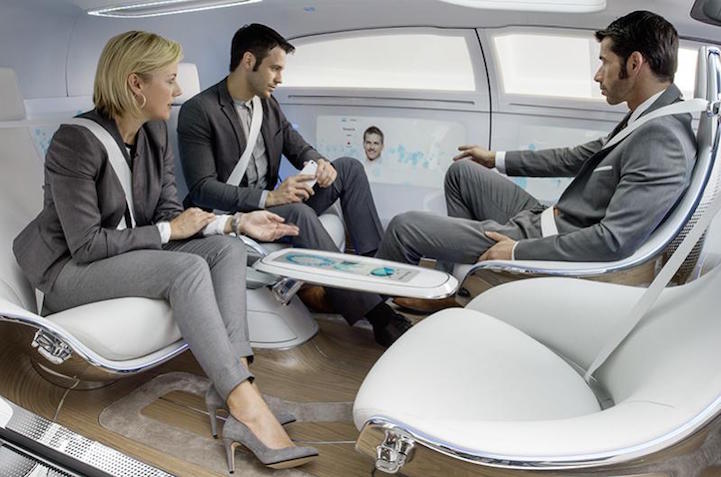 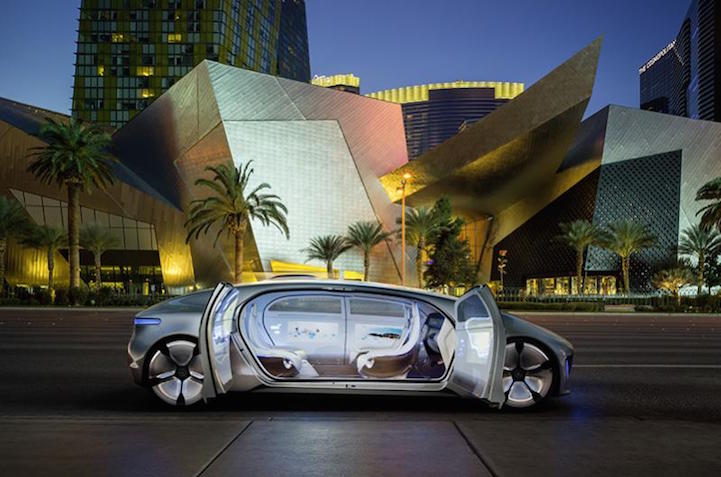 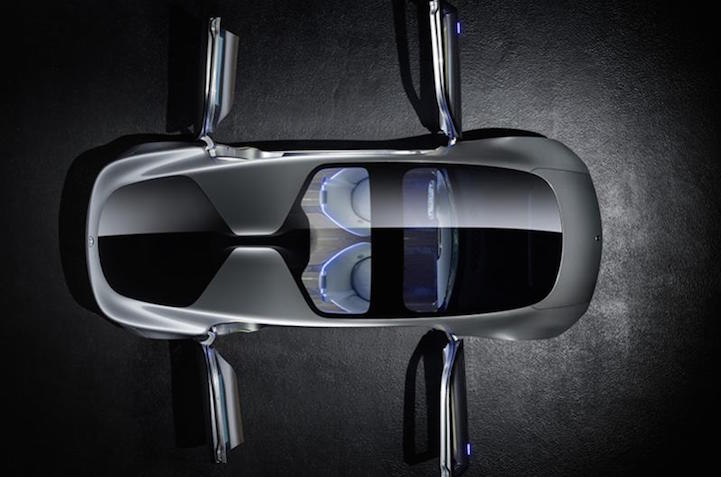 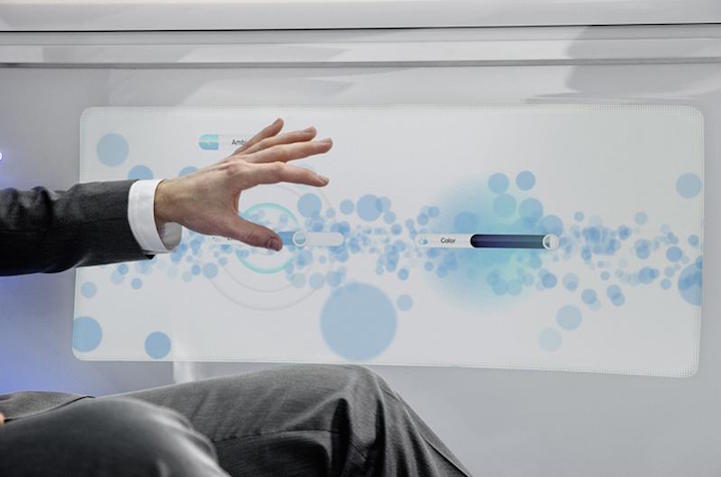 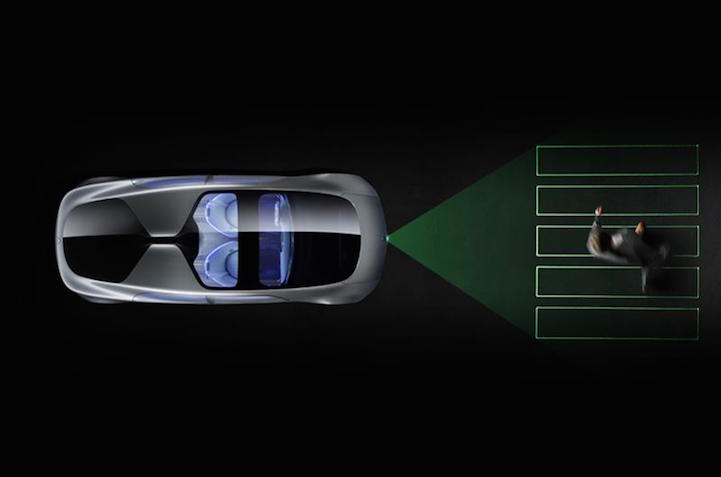 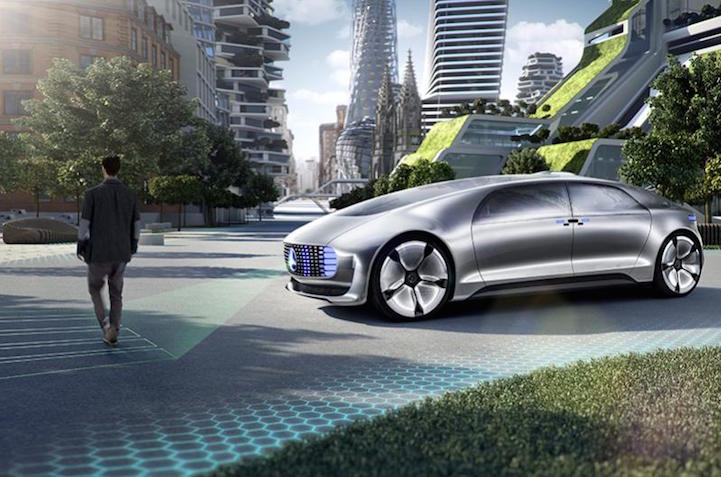 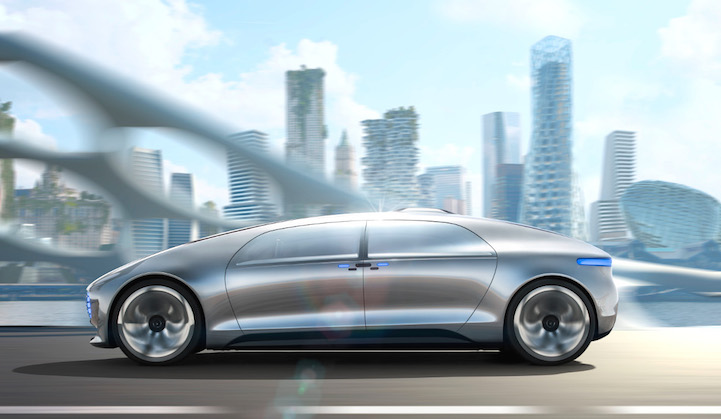 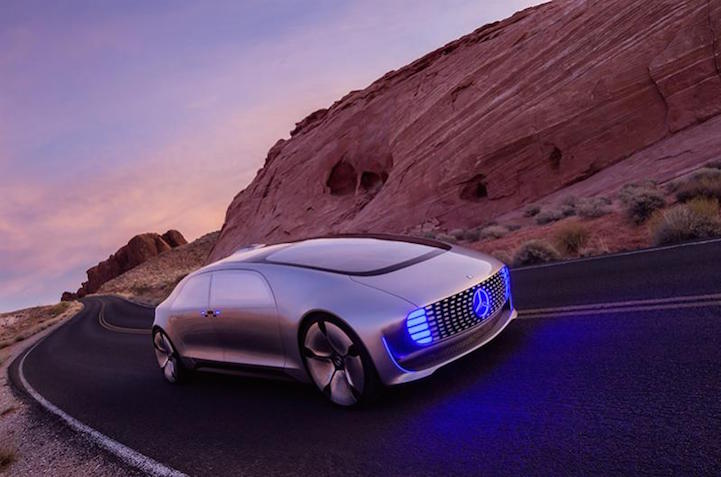