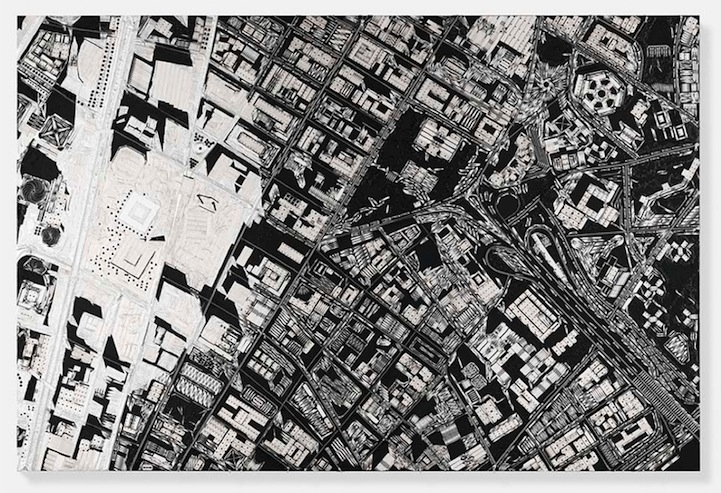 Light glints off New York, Paris, Baghdad and fourteen other cities in Black Scalpel Cityscapes, the latest series by renowned UK artist Damien Hirst. These canvases may look black and white from a distance, but they're actually collages of steel surgical instruments and found metal scraps on black paint. Portrayed from a bird's (or drone's)-eye view, each image casts intricate metropolitan systems and patterns into sharp, shiny relief.

Damien Hirst–the richest living artist in the world–made his way to fame by pickling whole sharks in formaldehyde, encrusting skulls with diamonds and filling museum rooms with thousands of live butterflies. Although more restrained than his previous work, Black Scalpel Cityscapes continues to play with the same themes of repetition, order, death, surgery, sterility and precision. This time, Hirst says he was inspired by contemporary warfare's “surgical strikes” and “surgical bombing” tactics, which pinpoint targets using remote aerial surveillance and mapping.

Each collage contains a little local flavor. The view of Paris, for example, is made with the addition of French francs and tourist souvenirs, while Vatican City features silver religious medallions and Moscow's miniature roads sparkle with shards of mirror. 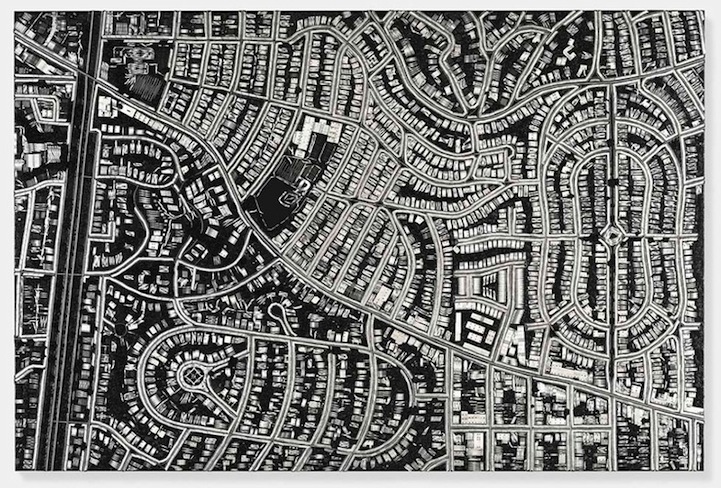 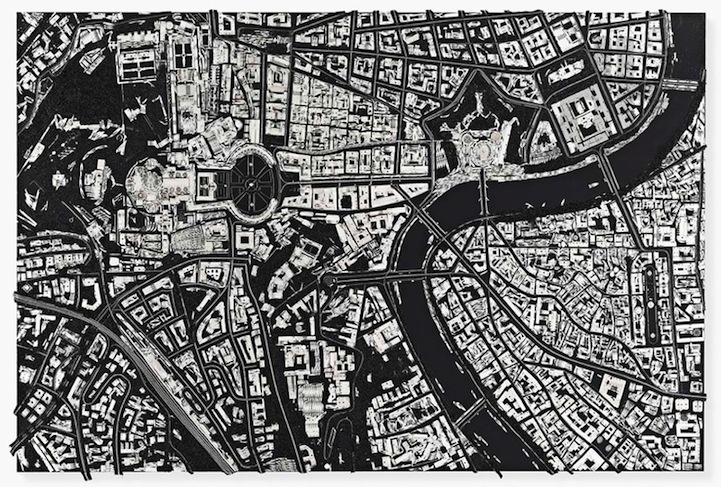 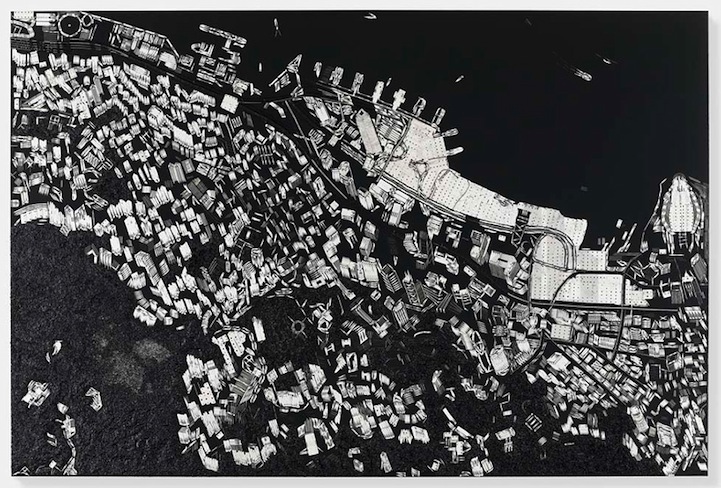 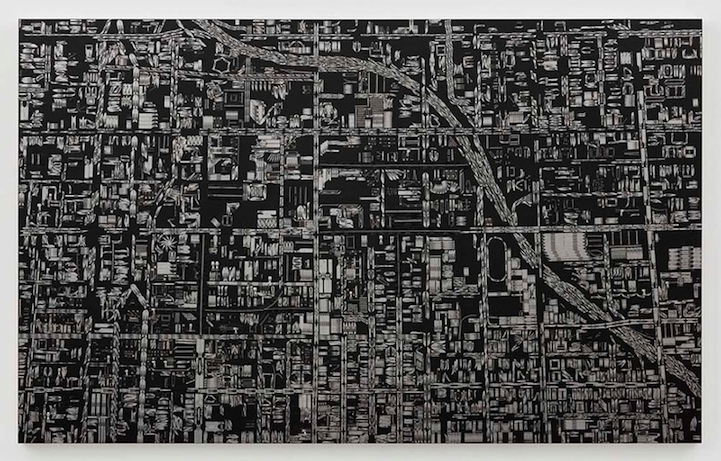 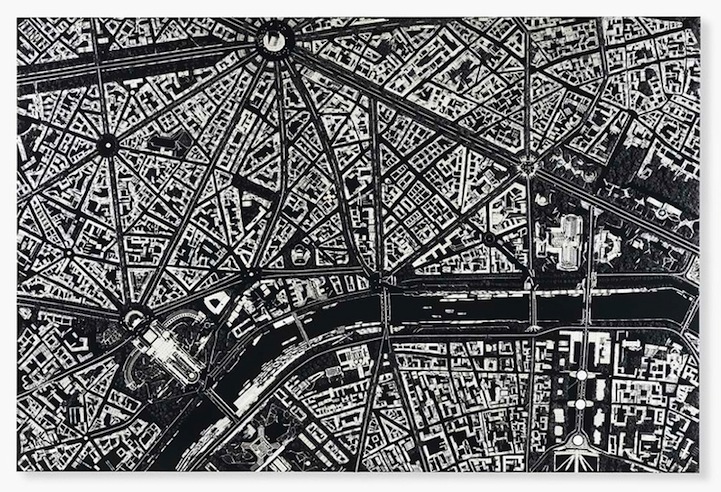 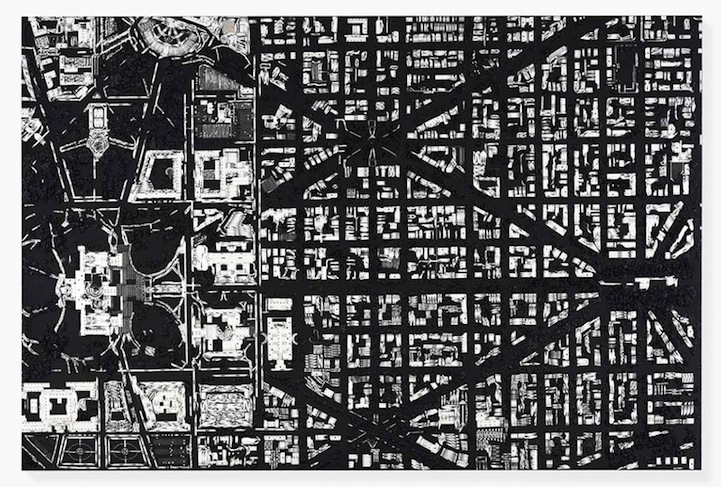 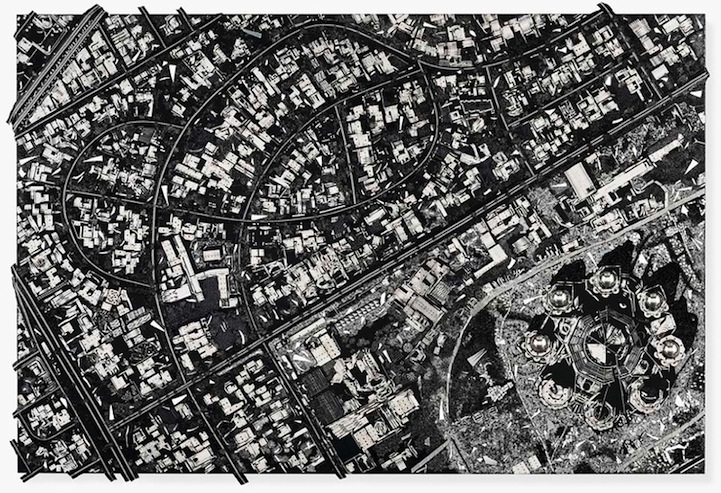 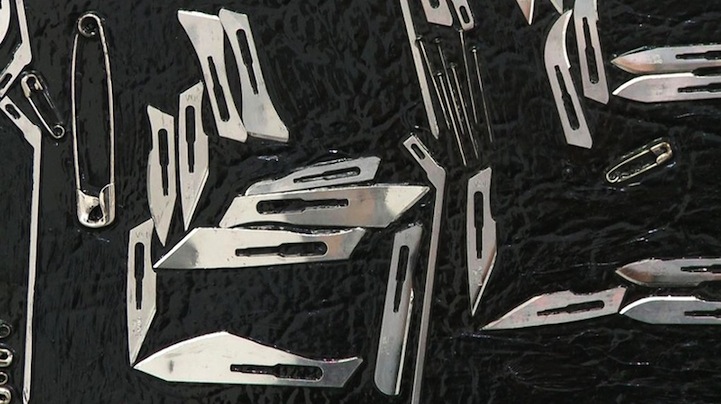 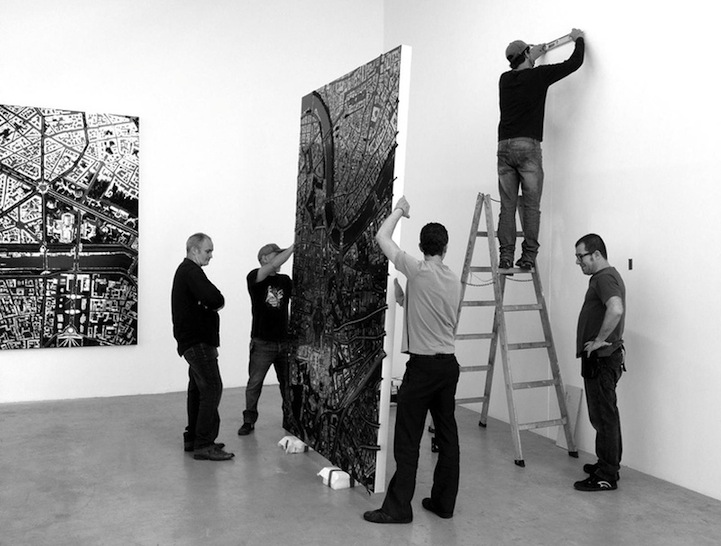