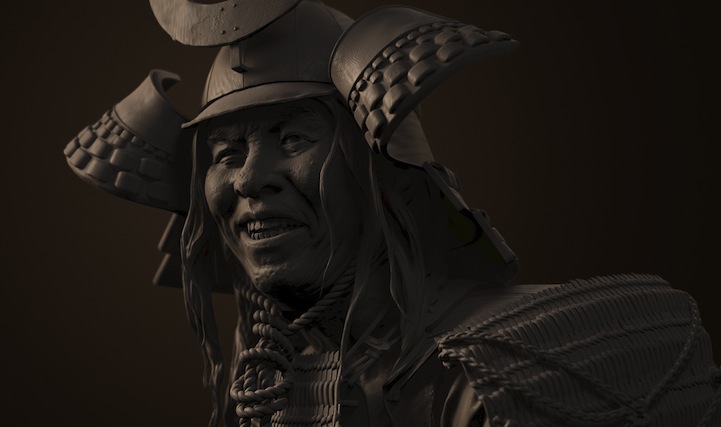 Artist Dan Ulrich, aka dandan, digitally produces realistic renditions of intricately detailed characters. His virtual sculptures are crafted with ZBrush, a digital sculpting tool, with meticulous precision. With over 8 years of experience as a professional digital character developer in the entertainment and gaming industry, Ulrich has honed his mastered the ability to realistically represent both the finely defined body and emotionally charged facial expressions of his characters.

Each of the digital sculptor's creations are remarkable specimens that are not only believable depictions of three-dimensional subjects, but they also look like physically carved blocks of clay with visible etchings left on them. Taking a closer look at one of Ulrich's subjects from his Samurai series, we can even see scratches in the warrior's headgear, similar to those of an X-Acto knife piercing the soft surface of the earthy material. 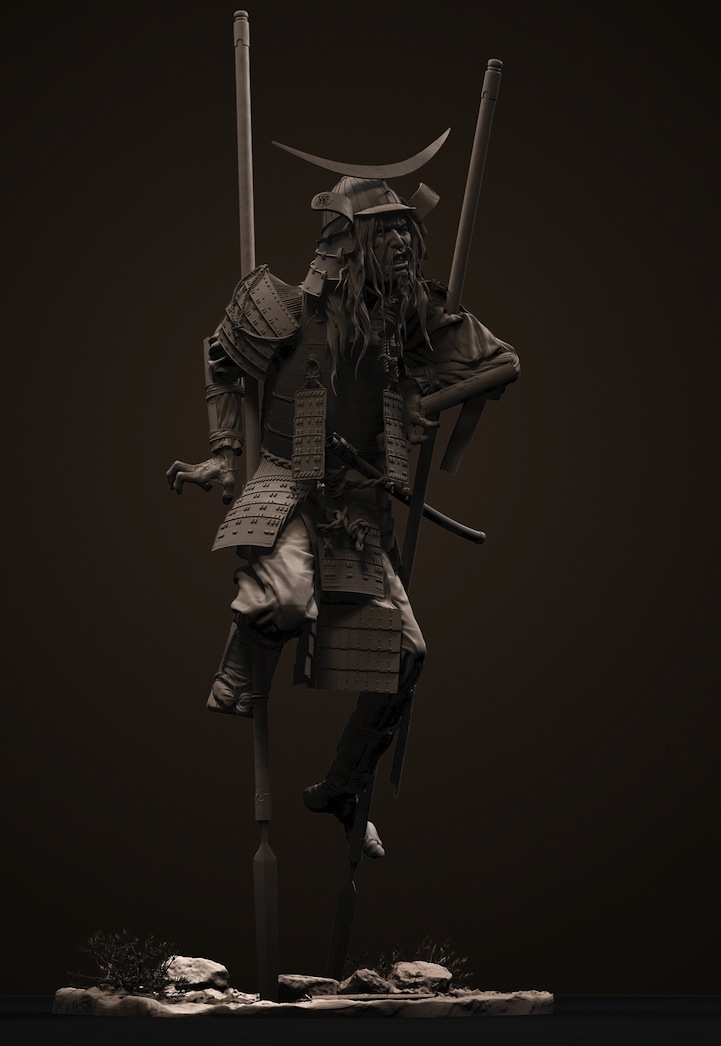 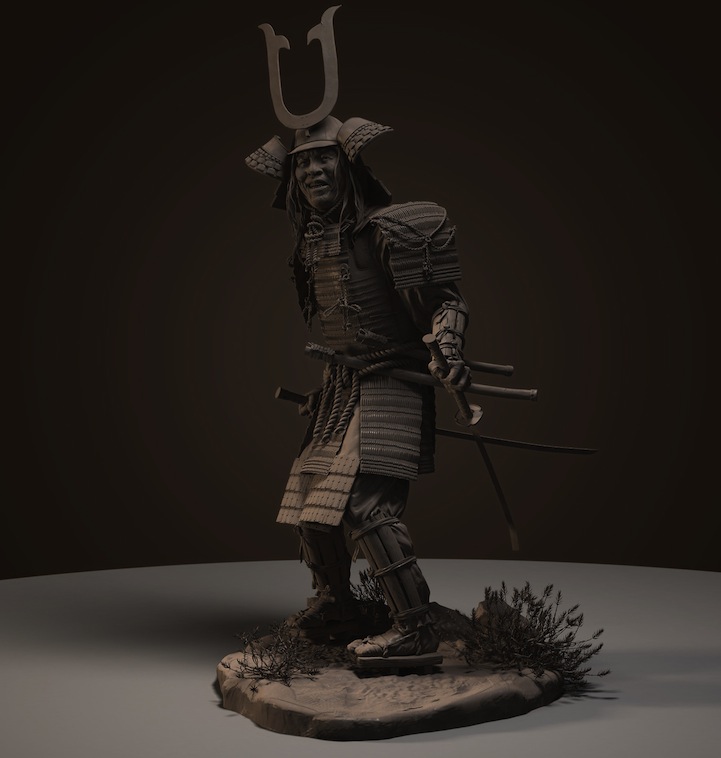 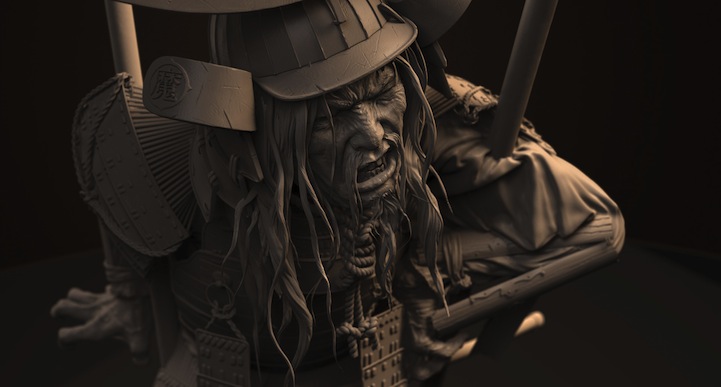 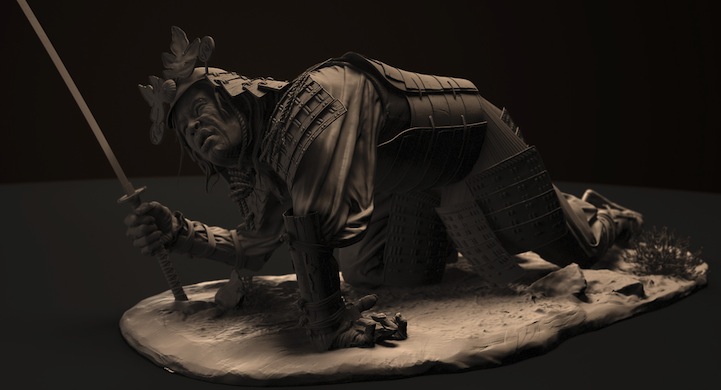 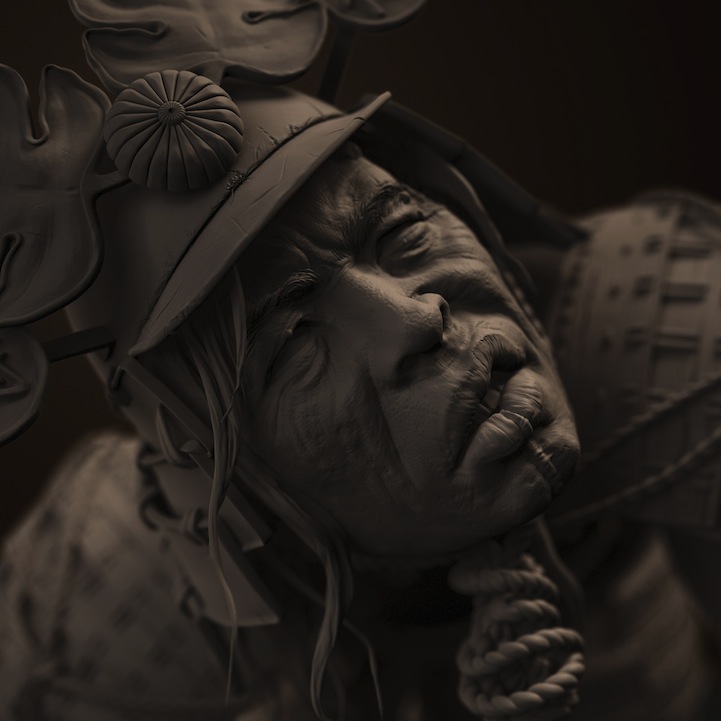