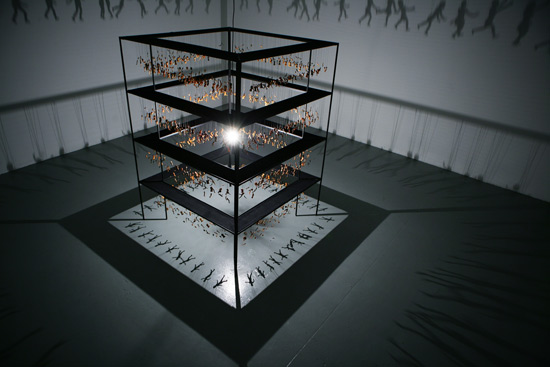 When artist Bohyun Yoon entered the military in South Korea, his superiors tried to brainwash all the new soldiers in regards to who their enemy was, and why they had to obey them. This training methodology and military law was very well structured and very effectively organized to control new troops. He then learned about how Western governments have historically developed all kinds of punishments and penalties to control citizens in a very intellectual way, and further analyzed the military system through actually experiencing it. In the end, he concluded that humans are weak and fragile, spiritless animals under certain rule, certain harsh conditions. “This work is an installation piece in which I present a mix of male and female toy-like rubber figures hung with strings marching in one direction, one after another,” says Yoon about Structure of Shadow. “Hanging like puppets, the figures portray the idea of a group as opposed to an individual. A simple light and shadow trick is key in this work and becomes a metaphor for invisible power or tricks of politics in our society. When the viewer approaches the work, their weight makes this structure shake and all the figures dance.” 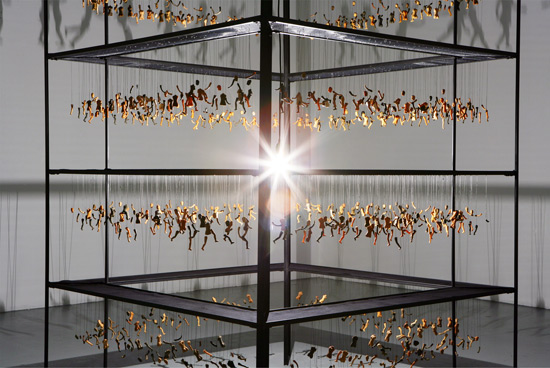 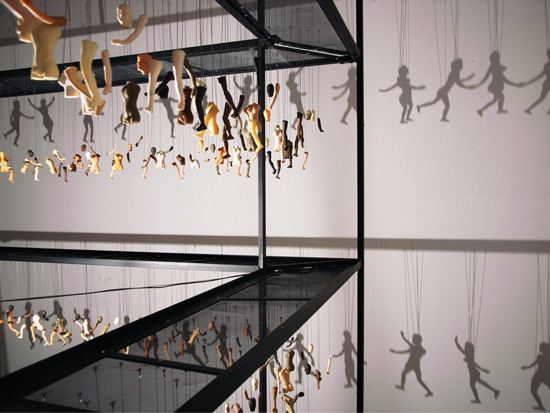 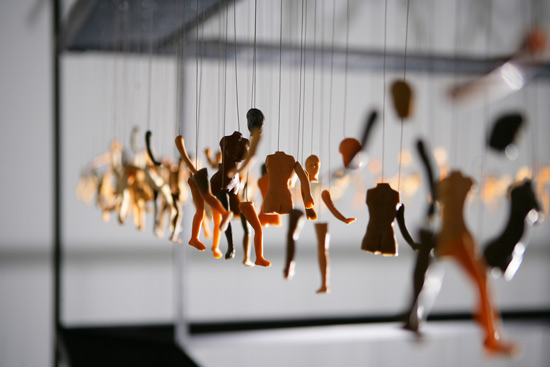 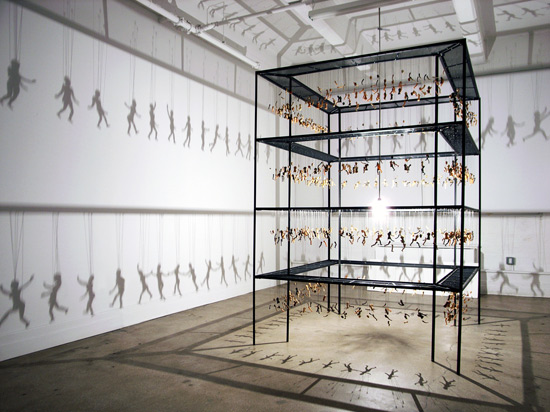 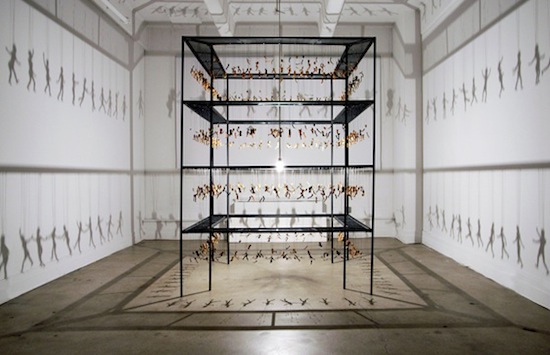 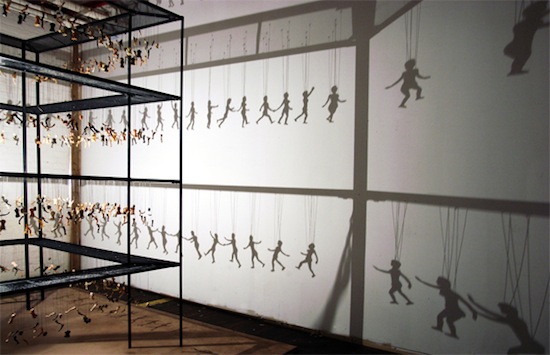