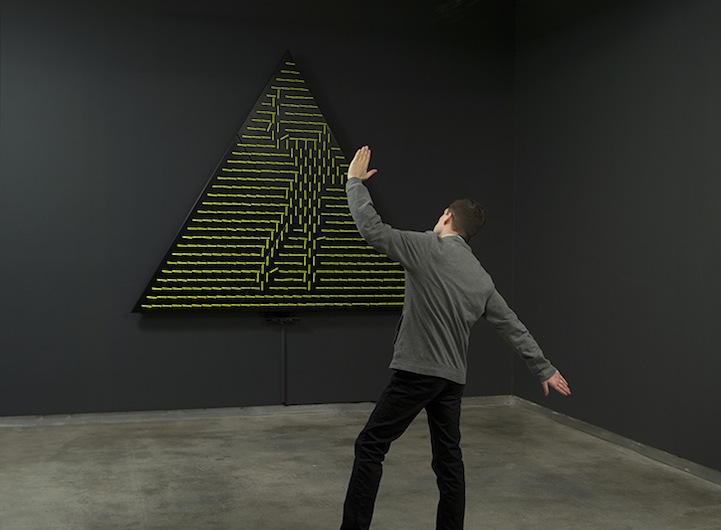 New York-based artist Daniel Rozin has created a series of kinetic sculptures that move according to an algorithm; however, the motorized structures also respond to outside interaction. His interactive installations, titled Angles Mirror and Fan Mirror, each serve as intriguing mirrors, offering real-time reflections through mechanized movement.

Fully equipped with a camera, each of the artistic machines are able to process visual information and output one's silhouette. Angles Mirror uses 465 radiant plastic spokes that rotate on a dark triangular grid to replicate the form of anyone within the range of the carefully implanted lens.

Similarly, Fan Mirror uses 153 folding hand fans from Korean, China, Taiwan, Spain, and Japan in a variety of colors and patterns and aligns them on a frame that mimics their own folding fan construction. Rather than rotating, though, the fans open and close to present a rough likeness to one's silhouette.

Rozin's solo exhibition titled Angles is currently on display at bitforms gallery nyc through April 6, 2013. Check out the videos, below, of the installations in action. 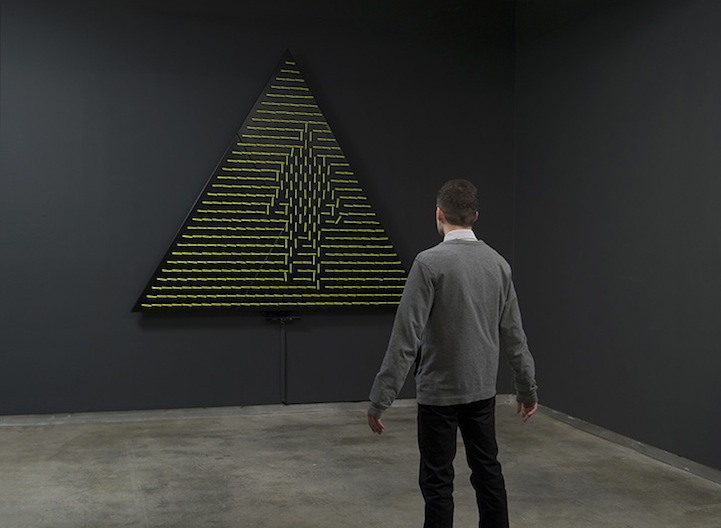 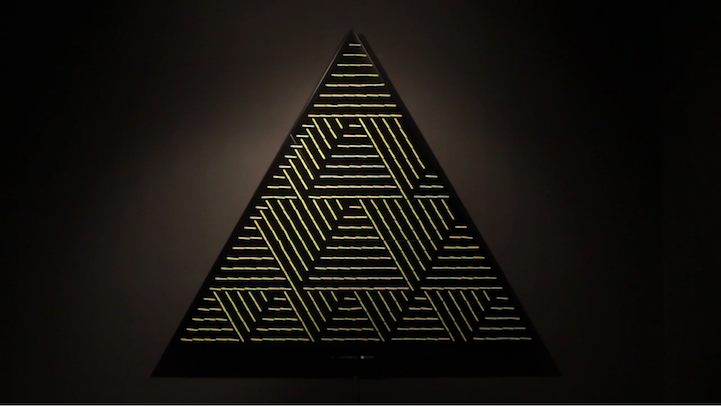 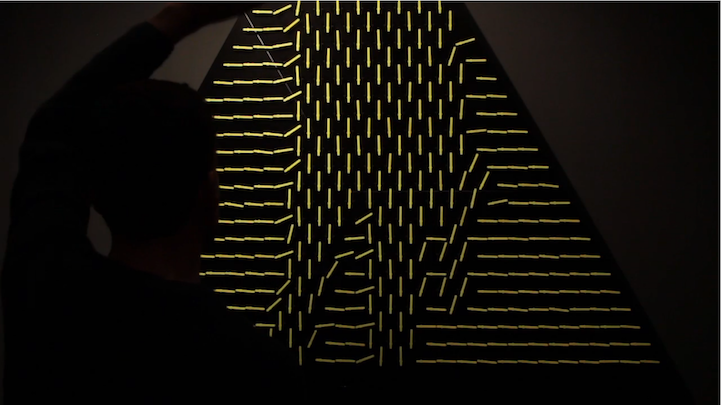 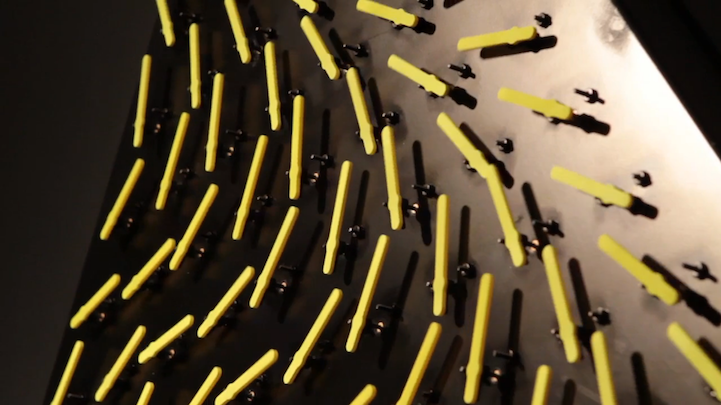 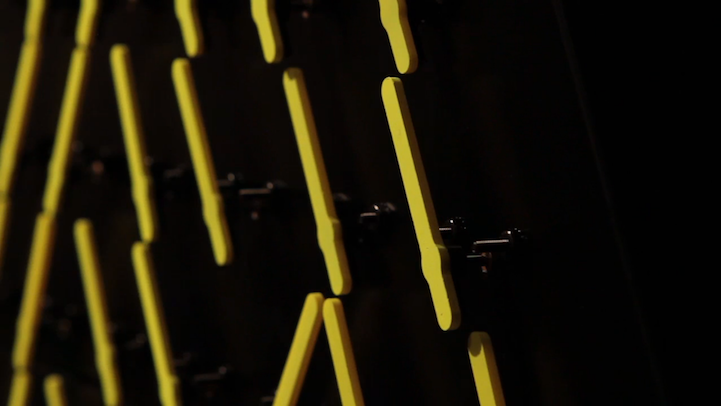 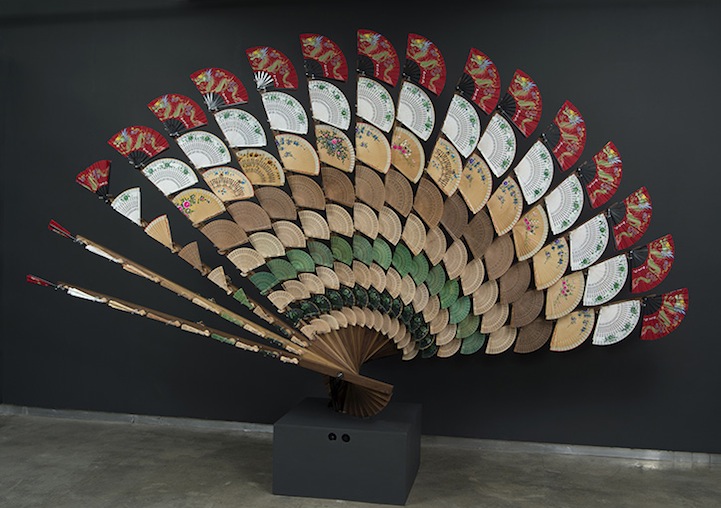 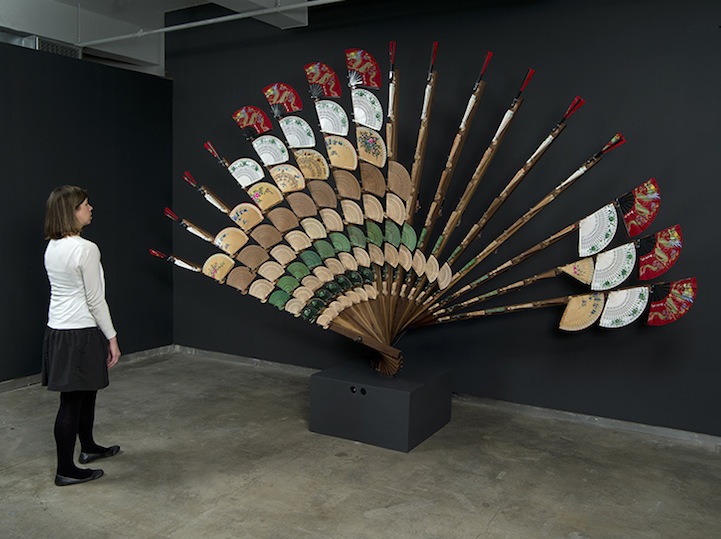 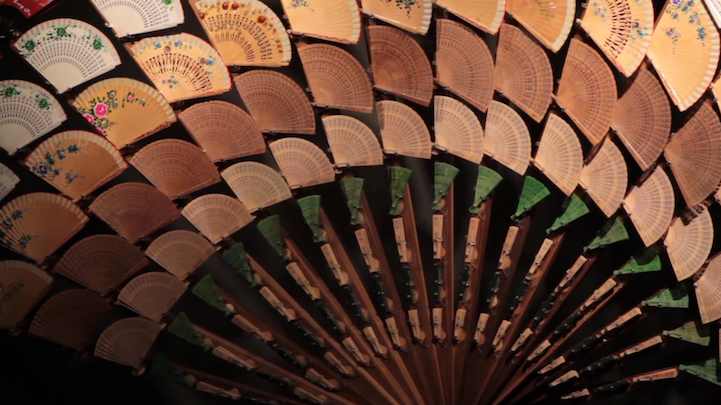 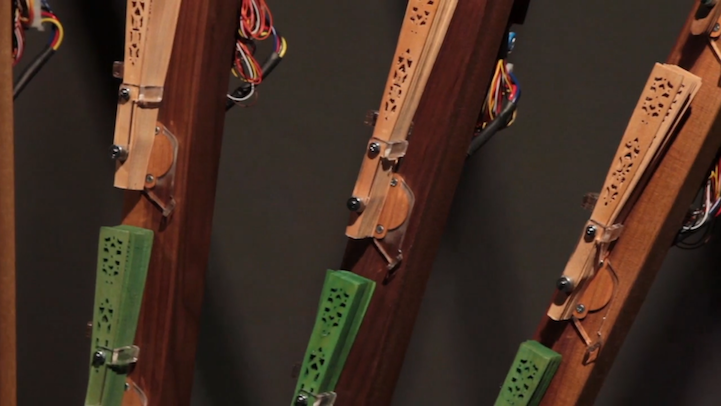 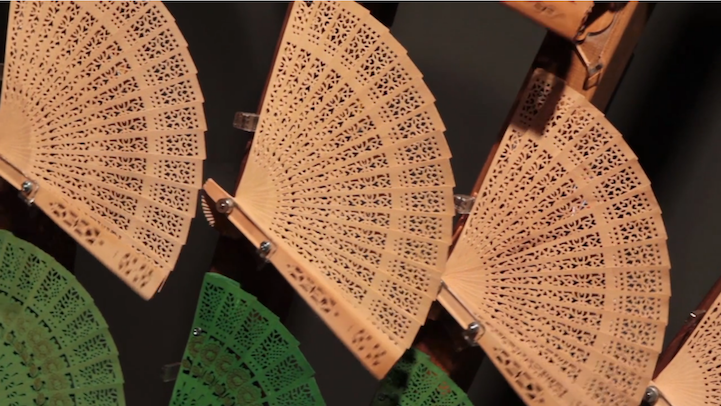 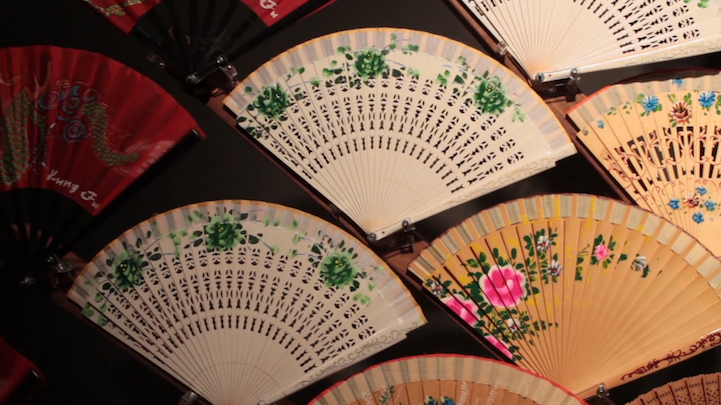