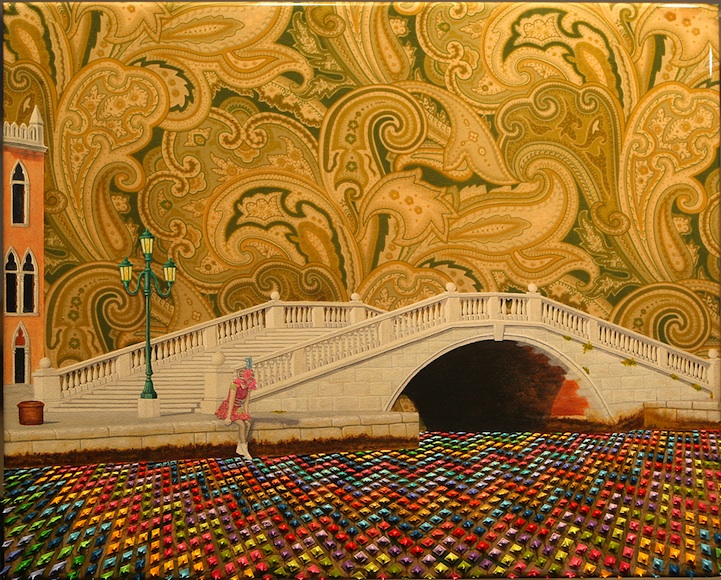 You could say that Santa Barbara-based artist David Cooley only recently busted out into the art scene. (His first show was back in 2010.) Throughout the past three years, he's sharpened his skills and has honed his unique technique which involves using a small, dental instrument-type tool to create tiny “paint spikes” or dabs of paint. His mixed media pieces also consist of acrylic, spray paint, resin and even ornate fabric, which always serve as his backdrops.

More than just haphazard dots of paint, Cooley is meticulous. He uses “basic geometry to achieve curves and depth while interacting with various rendered images.” Inspired by the patterns and images on fabric, he creates works that are oftentimes fun and sometimes more thought-provoking.

Cooley will be displaying a few of his works for Thinkspace gallery at SCOPE New York. The show begins this Thursday, March 7, and ends on Sunday. Along with works by Cooley, Thinkspace will be exhibiting pieces by My Modern Met favorites Ana Bagayan, Brian M. Viveros, Stella Im Hultberg and Yosuke Ueno. 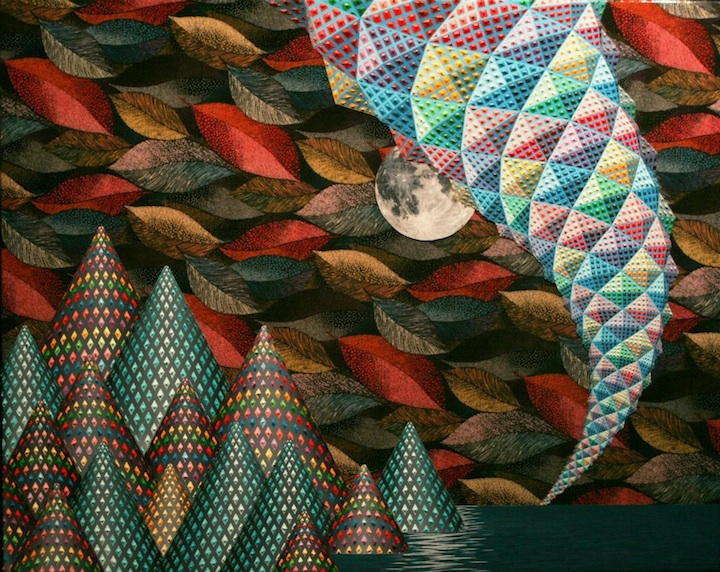 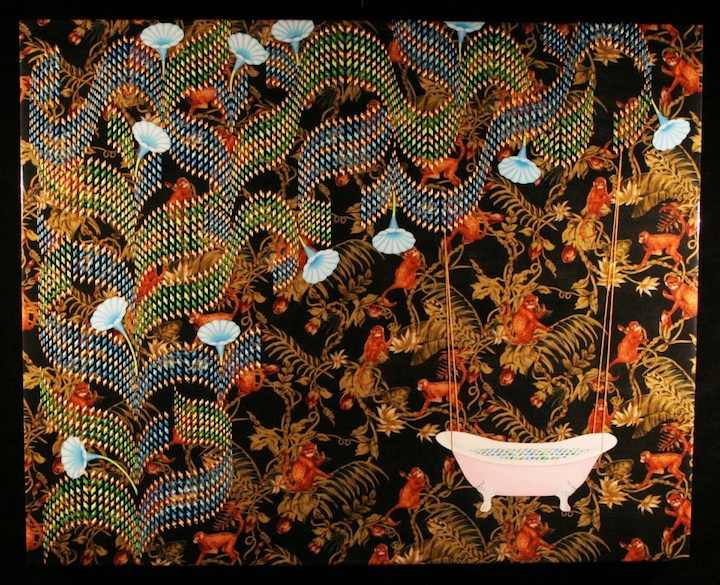 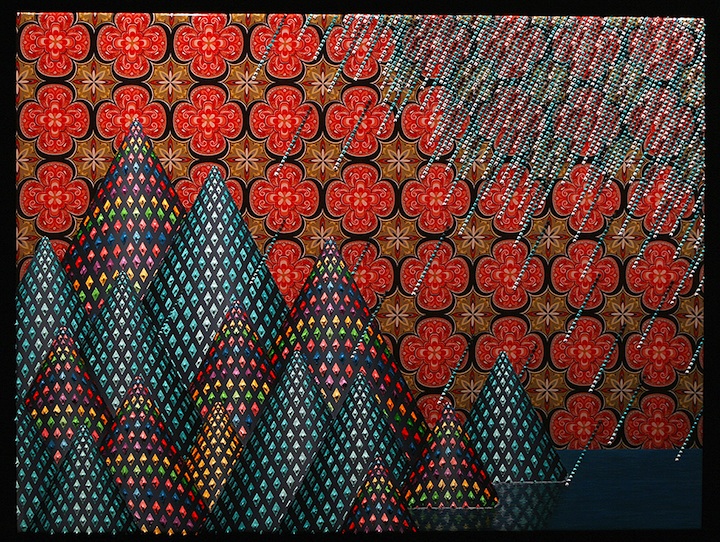 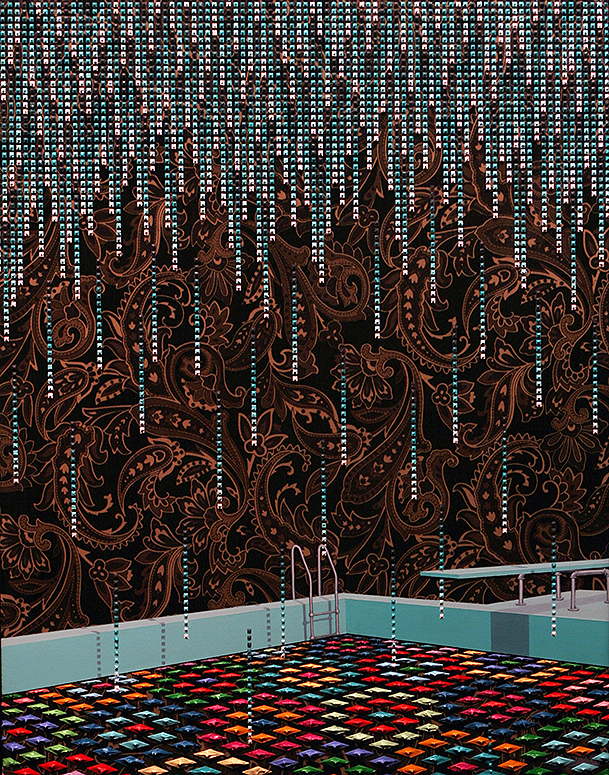 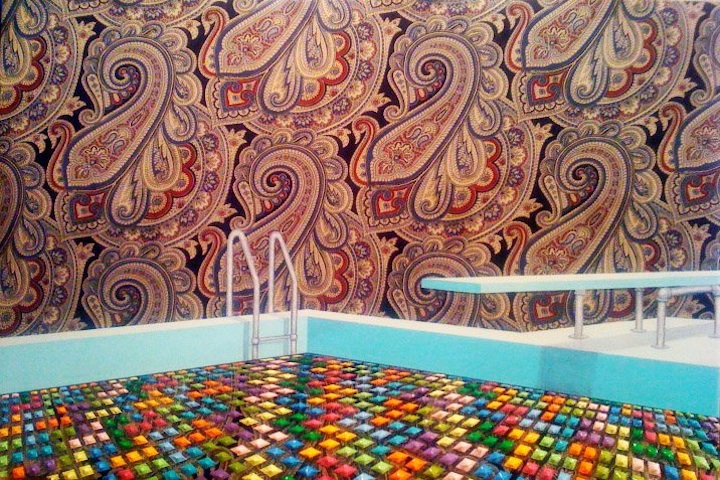 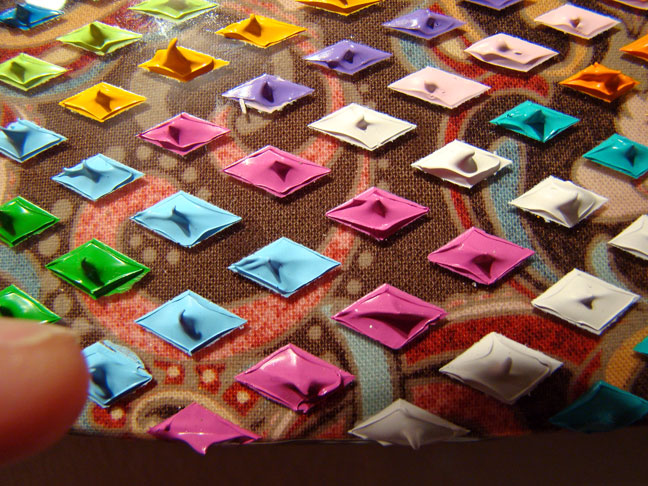 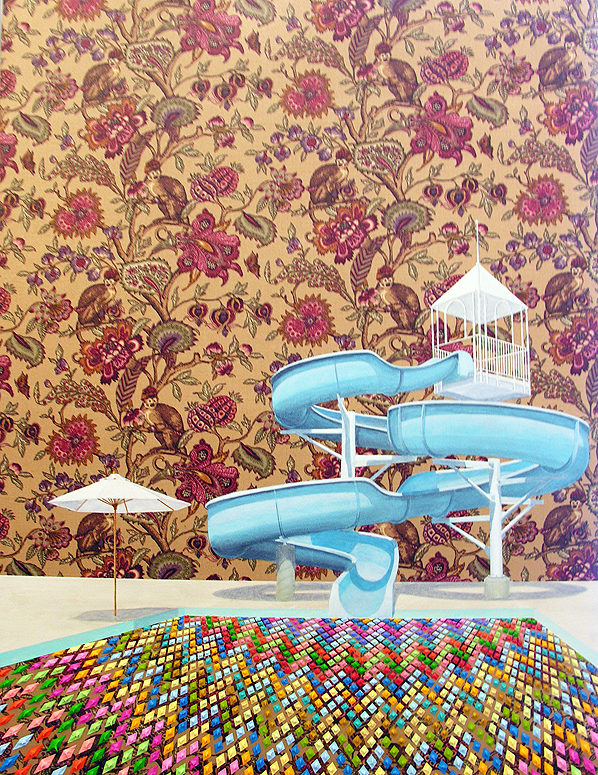 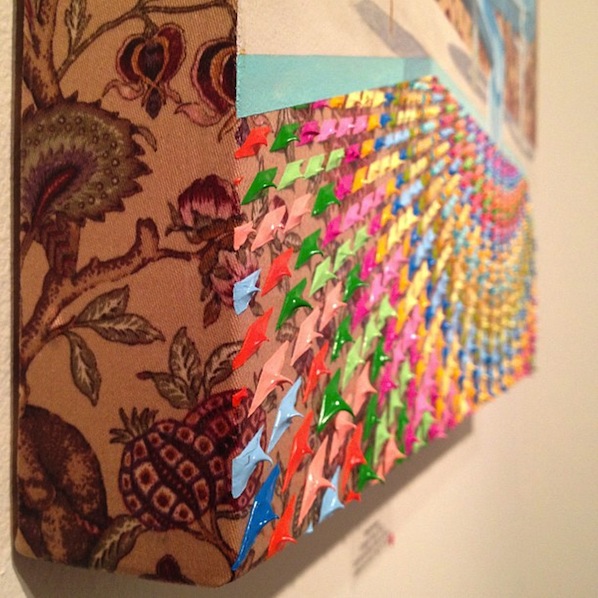