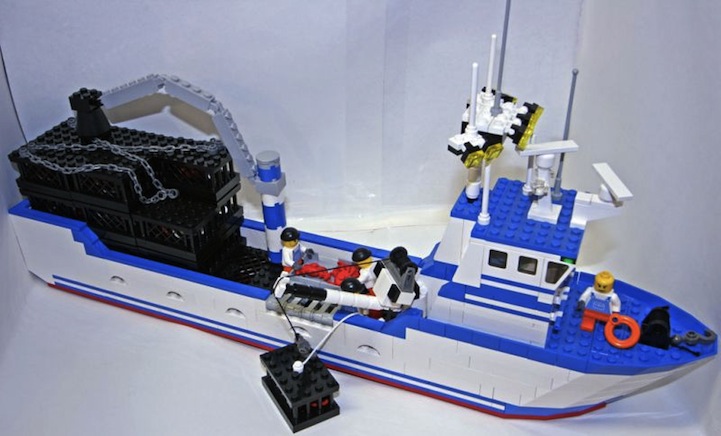 Deadliest Catch is arguably the most captivating reality TV show of all time. If you've ever seen the series, you know that its name derives from the inherent high risk of injury or death the crews face due to the hazardous work environment and nature of the work itself. Dave Sterling and his wife Stacy are huge fans of the show. Their favorite boat is the F/V Northwestern. Built in 1977 at Marco Shipyard in Seattle, Washington, Northwestern is 125 feet in length and carries the maximum limit of 250 pots. Although Northwestern was built specifically for the King and Tanner crab fisheries of Alaska's Bering Sea, the vessel was one of the first boats to fish Opilio crab. The LEGO diorama features a working pot launcher, sorting table, pots, crane and picking hook, and of course, crabs. The best part? The “Sig Hansen” miniature figure in the wheelhouse! 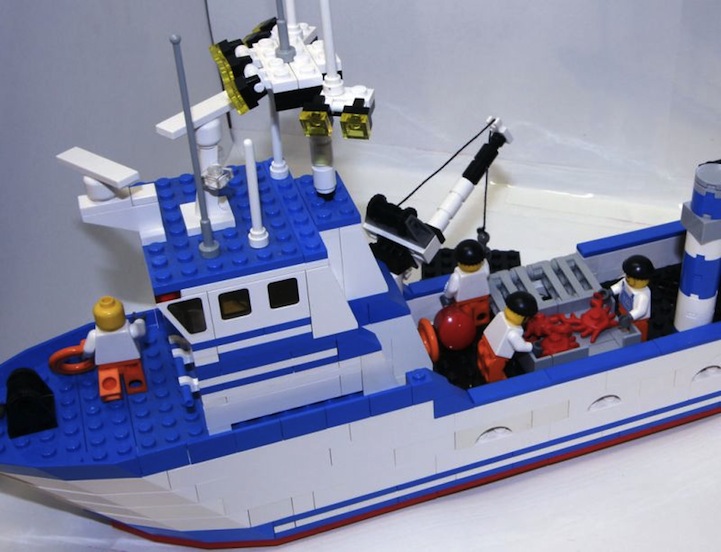 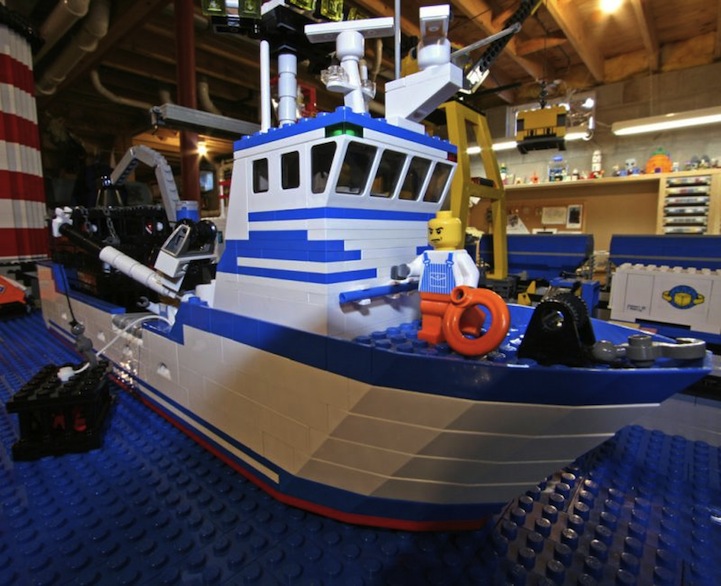 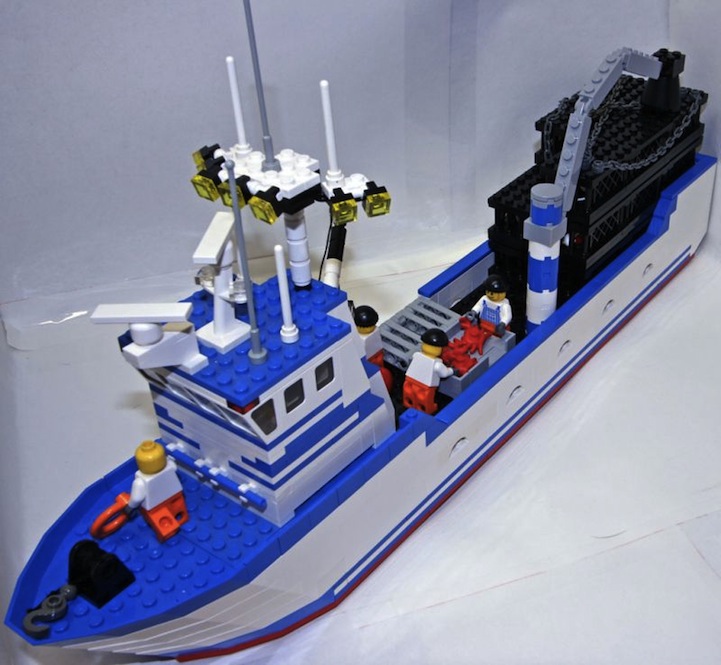 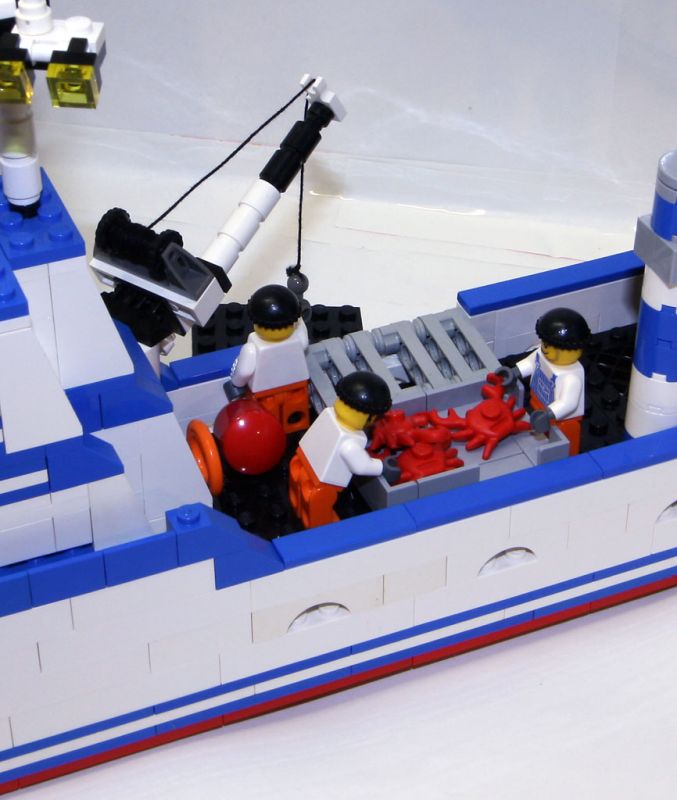