Long Exposure of a Man Shooting Light Out His Chest 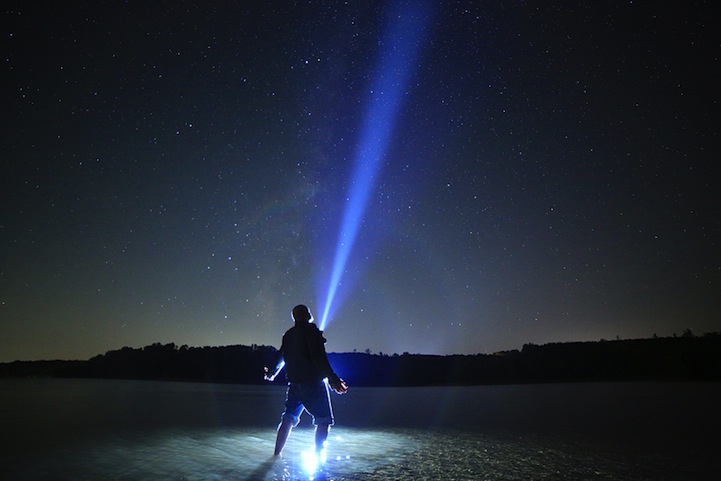 Photographer Dennis Calvert strapped a flashlight to his chest and stood as still as he possibly could for a long exposure shot (above) that makes him look like an incredible superhero. The Cullman, Alabama-based artist, who is no stranger to playing with light, used his experience with light painting to create a stunning set of images that make him appear as though he's either shooting a ray of light from his chest or perhaps an out-of-frame saucer has cast its beam on him. Regardless of the envisioned scenario, the photographer managed to capture a spectacular, supernatural shot, entirely in-camera.

As Calvert explains, it was a nine-second shot taken with a Canon 5D Mark III equipped with a Rokinon 14mm lens, a Coast HP17 flashlight taped to his torso, and additional lights (including a wireless flash set up behind Calvert to freeze the motion of the rippling water). His skilled process is the result of many experiments with long exposures using a flashlight. Take a look at his other similar creations, below. 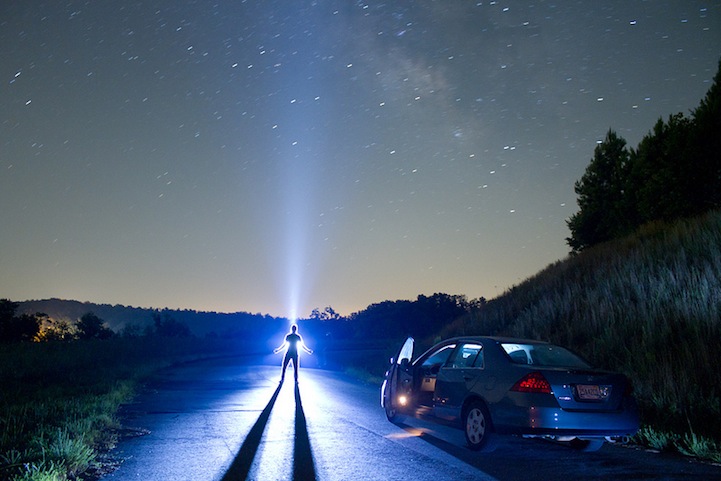 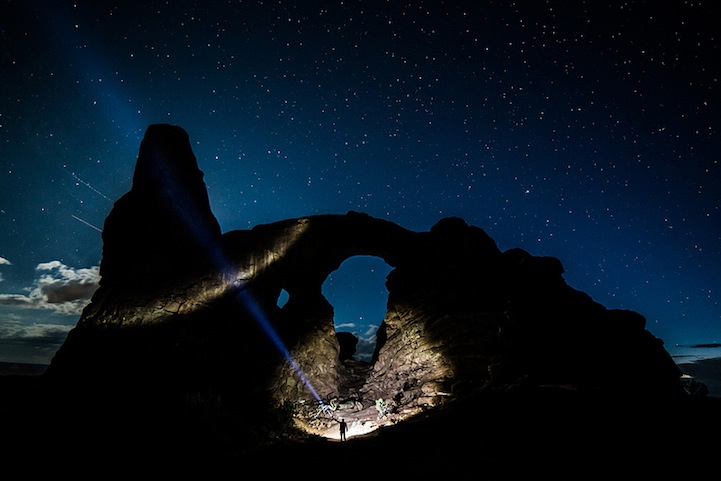 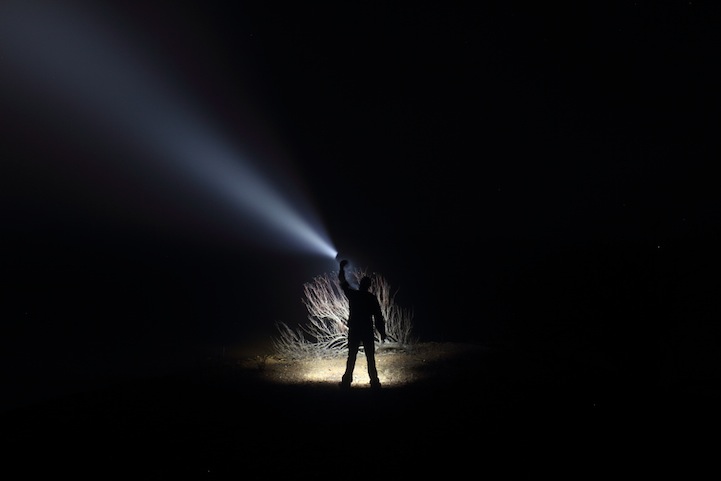 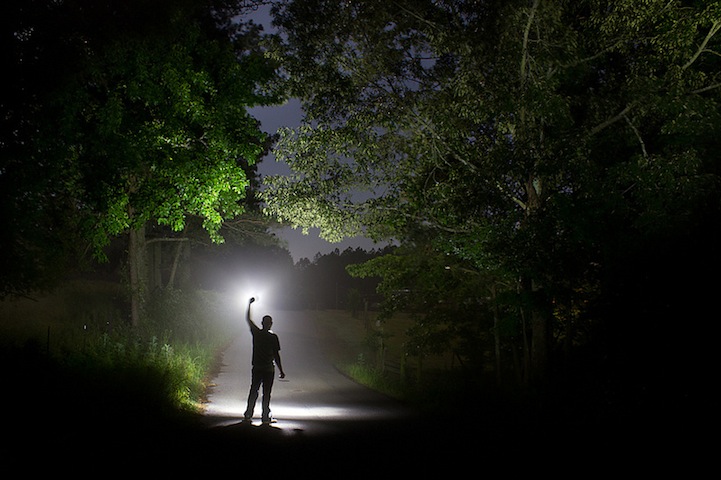 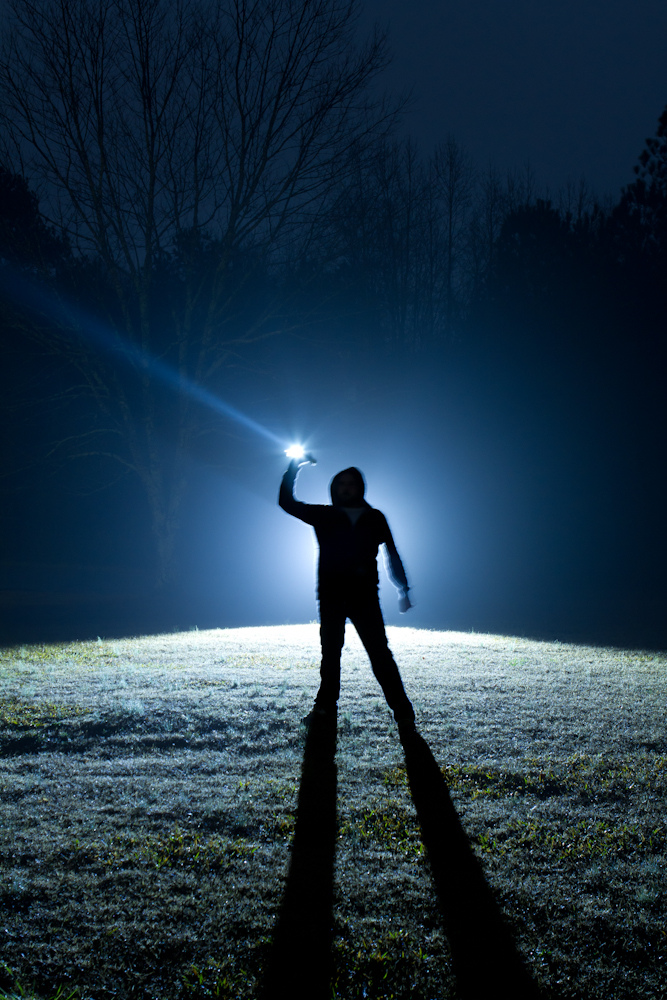 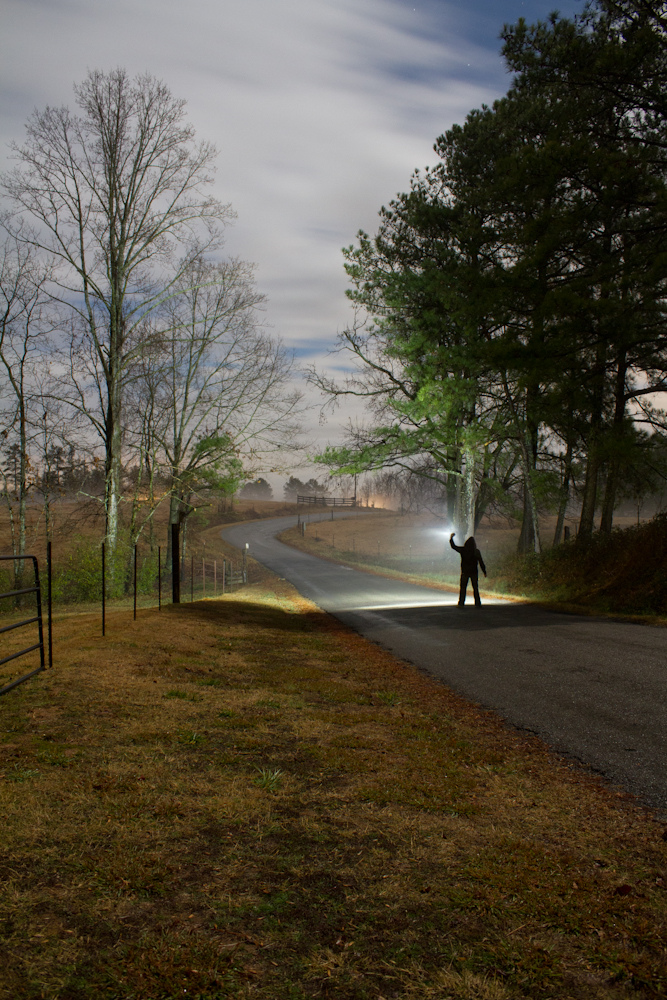