Rare Glimpse Into the Personal Life of Iconic James Dean 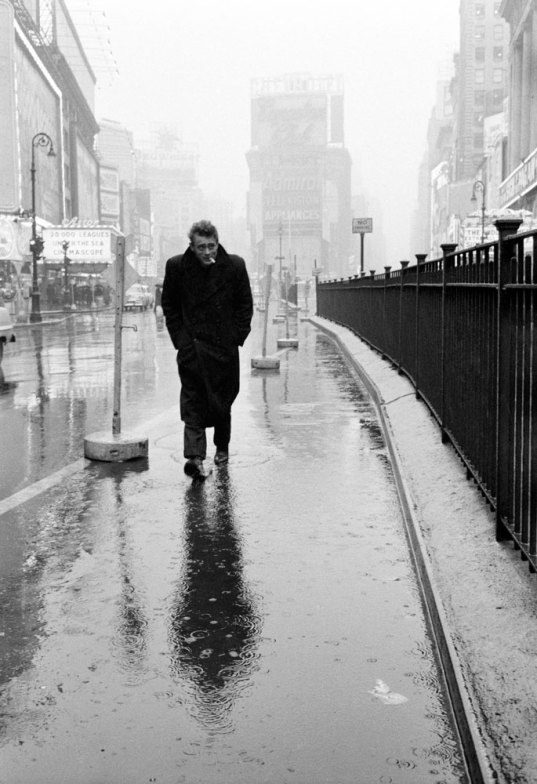 It's fascinating to catch a glimpse into the personal life of someone as iconic as James Dean. This series by photographer Dennis Stock features a 1950s Dean in both New York City, lounging around his fifth-floor walk-up at 19 West 68th Street, and Fairmount, Indiana, visiting his hometown. At the time, the renowned actor was young and just discovering his success. Stock began this photojournalistic project because he was interested in documenting “the environments that affected and shaped the unique character of James Byron Dean” as the young man grew into his fame.

These black and white photographs are a beautiful portrayal of the actor as an average man, relaxing, reading, listening to records, and hanging out with his feet up. Though the recognizable image of the rebel walking in the rain with a cigarette dangling from his lips has become iconic, the young actor tragically died in a car crash at the age of 24 and gained this fame only after he died. He actually only stars in three films, two of which had not yet been released at the time of the accident. 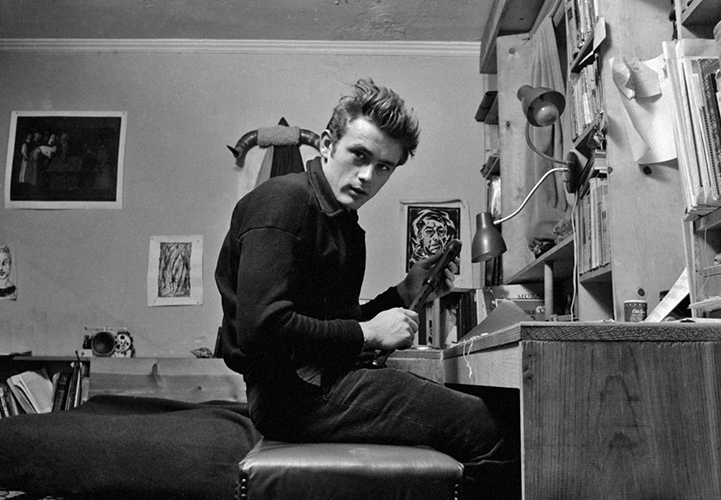 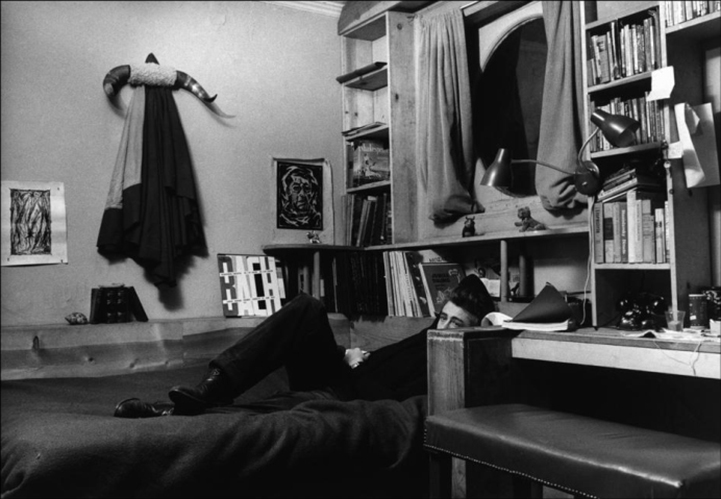 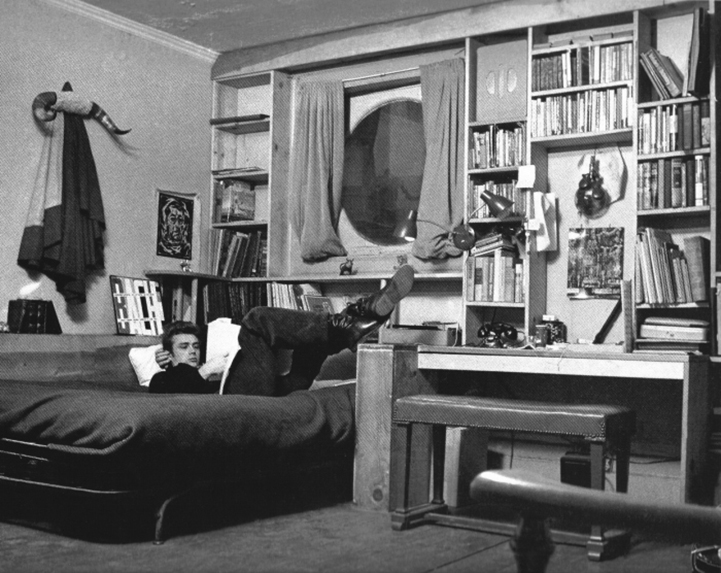 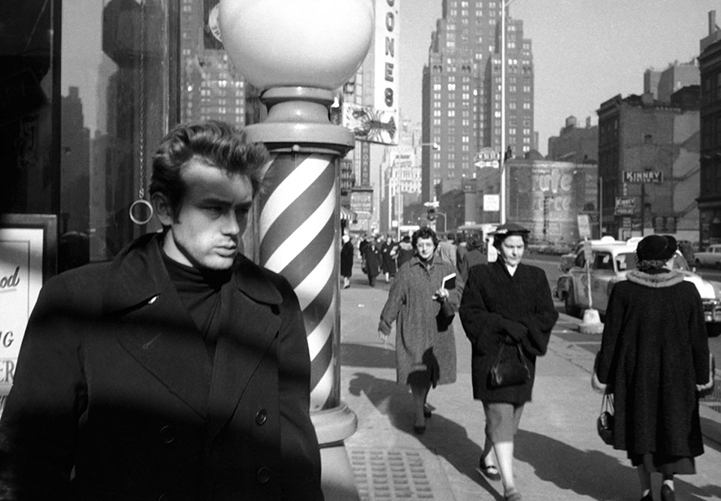 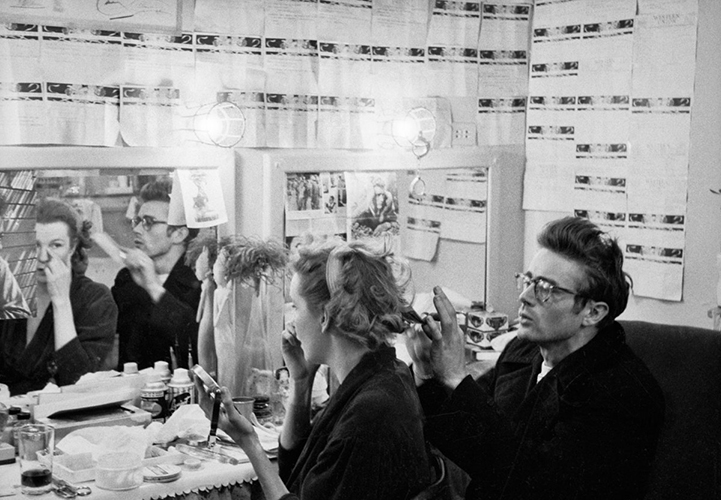 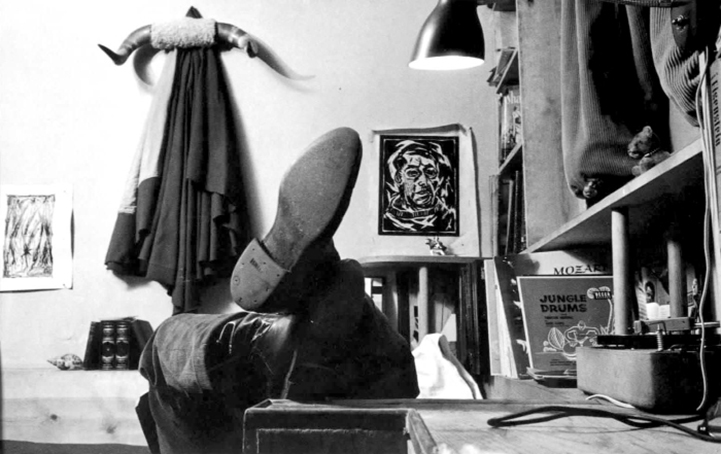 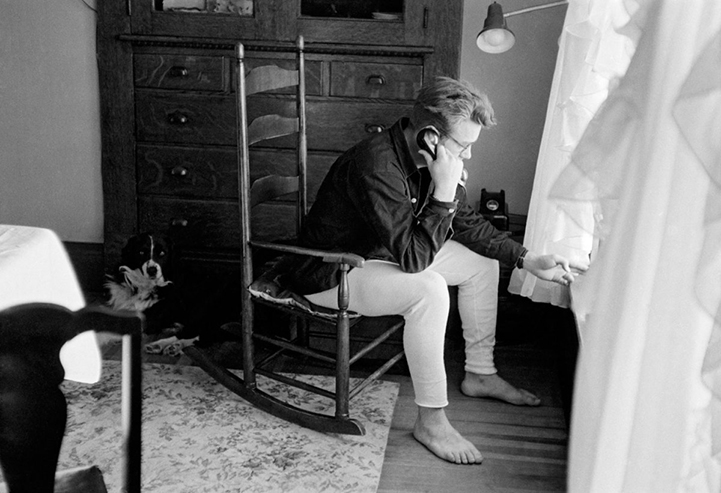 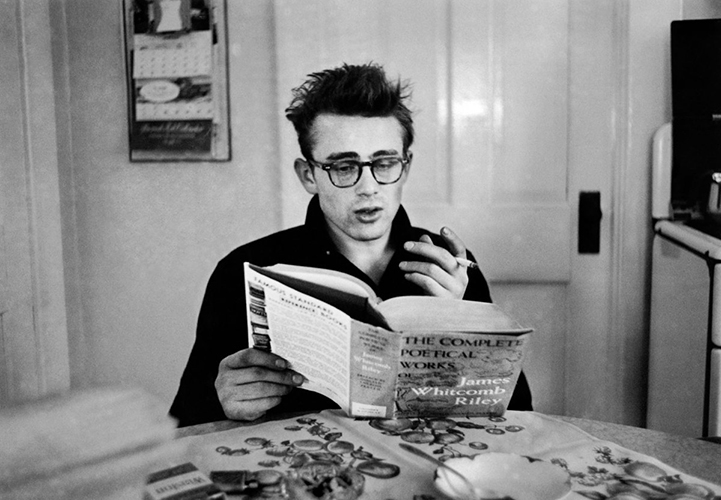 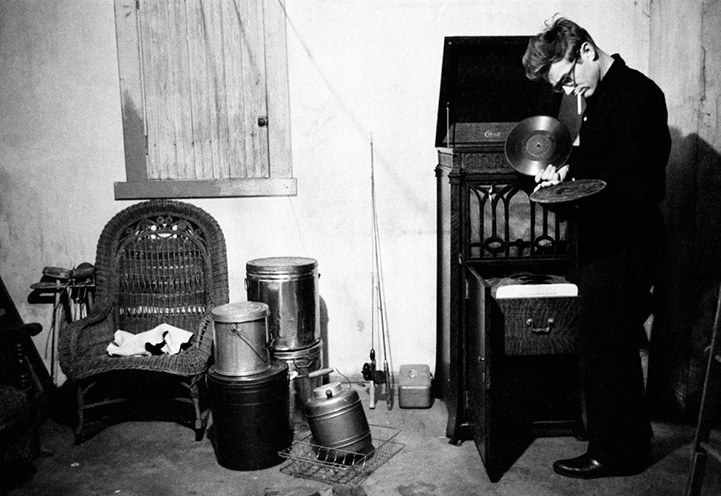 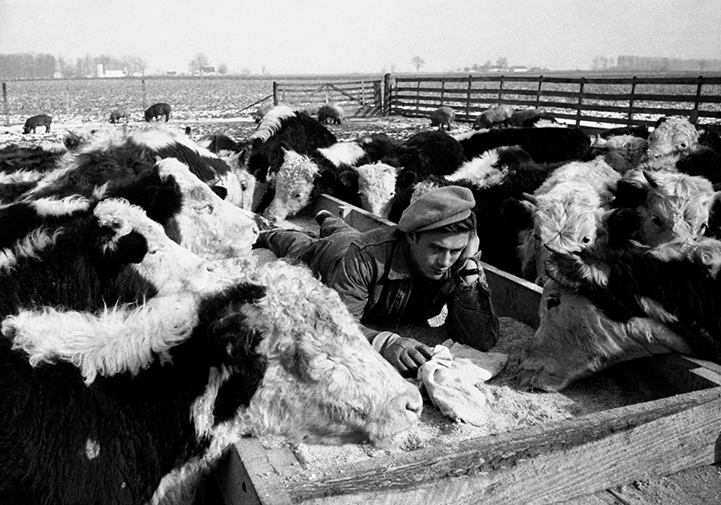 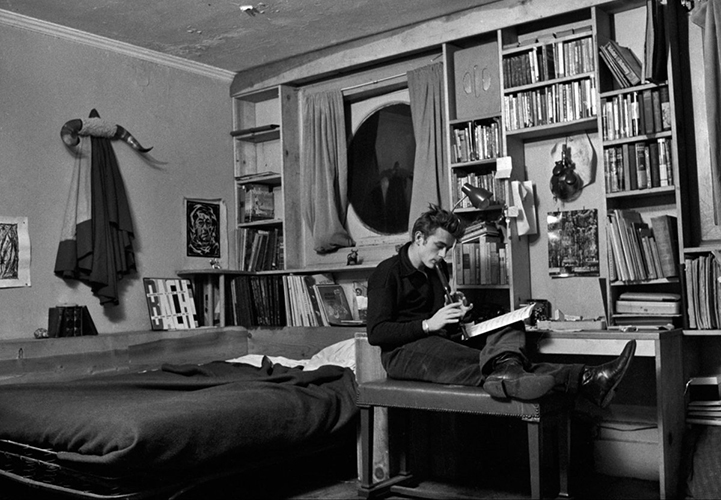