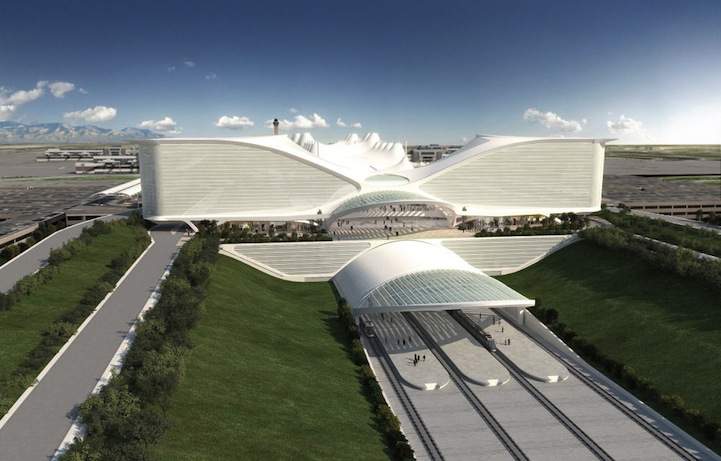 Spanish Architect Santiago Calatrava just unveiled his design for a new rail station at the Denver International Airport. The new South Terminal Redevelopment Program is made up of four independent yet physically integrated projects: a new rail station that will connect the airport to downtown Denver, a signature rail bridge, a multi-use plaza with retail and concessions, and a 500-room hotel and conference center. Denver is one of the few international airports without a rail link – a vital source of efficient and low-carbon transportation. The new expansion will bring important new facilities to the airport and will connect it to the city core at Union Station with a FasTrack line terminating at Calatrava's new arched transit station. The rail line will travel across a new rail bridge over Pena Boulevard and then heads straight into the heart of the commercial plaza and adjacent hotel. The project's signature rail bridge, a tied arch structure, serves as a symbolic gateway to the Denver International Airport. Above the station at the main arrivals level is a plaza that can be programmed for a variety of spaces, providing dramatic views of the Rocky Mountains. The hotel, which is designed by Gensler, sits to the south end of the terminal and above the new train station. The $900 million project is expected to open to passengers in 2016. 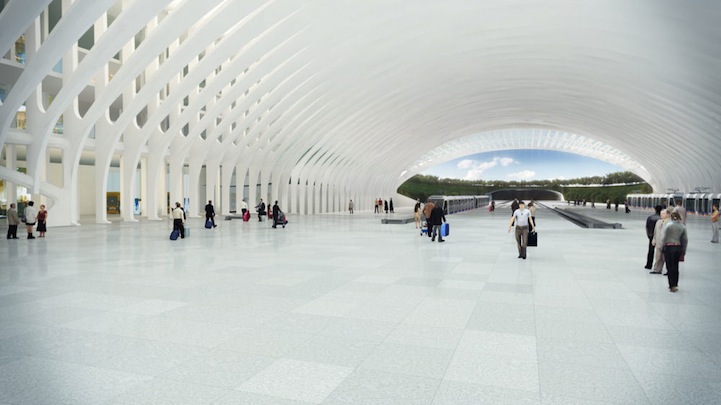 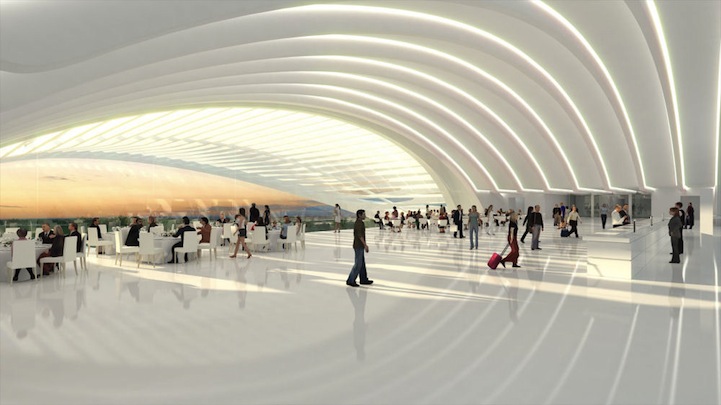 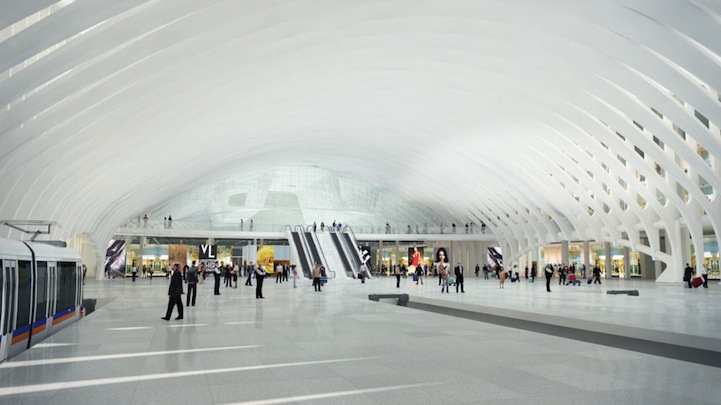 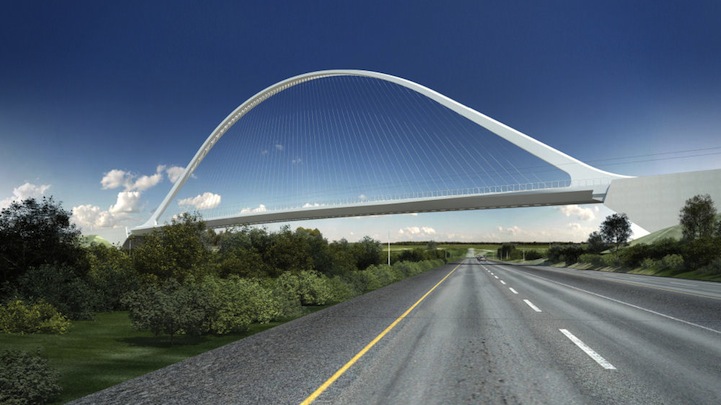