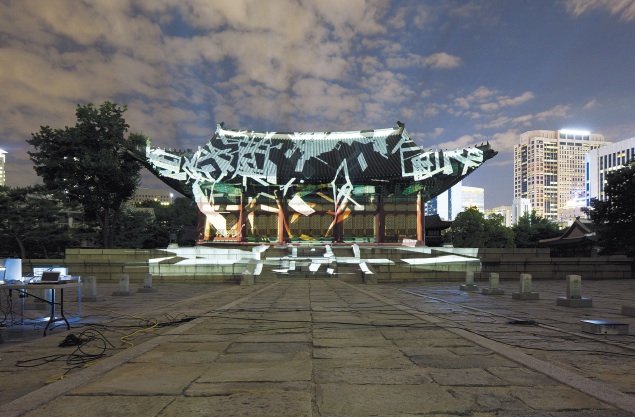 A 400-year old Korean palace, rich with history, comes alive again through nine works by 12 contemporary artists. The Deoksugung Project Exhibition is taking place from now till December 2nd throughout the Deoksugung Palace grounds and the National Museum of Art, Deoksugung. Organized by the National Museum of Modern Art, Korea and Deoksugung Office of the Cultural Heritage Administration, the unique exhibition asks contemporary artists to interpret royal life and reference the tumultuous history of the palace through light projection, installation, sculpture, video and performance art. The exhibition also gives viewers a rare chance to step into palace buildings usually off limits.

You can read the interesting history behind Deoksugung on Korea.net. Some notable stories include a queen who was confined inside the palace for five years and a King who tragically breathed his last breath inside its walls.

Artist Lyu Jaeha's video projections on the exterior wall of the palace shows a large number of laser lines intersecting one another. It is meant to lead viewers on a journey of transcendental time. Inside the palace, a single teardrop sculpture, refracted by many LED light bulbs inside, represent the fates of countless women and the queen who had to endure unhappy days hidden inside the palace.

In one particularly eye-catching installation, artist Ha Jihoon arranged chrome-coated chairs on the floor which eerily reflects the intricate adornments on the walls and ceiling. As MOCA states, “As the viewer strolls around in this entrancing space, the music piece by Sung Kiwan encompasses the entire space. At interval can be heard the lament of a woman, the rattle of teacups and the slight laughs as well. The distinctive quality of this ‘ Jari ‘ (meaning ‘place')' is strengthened by the intense energy generated by the collisions between the East and the West and between the past and the present.” 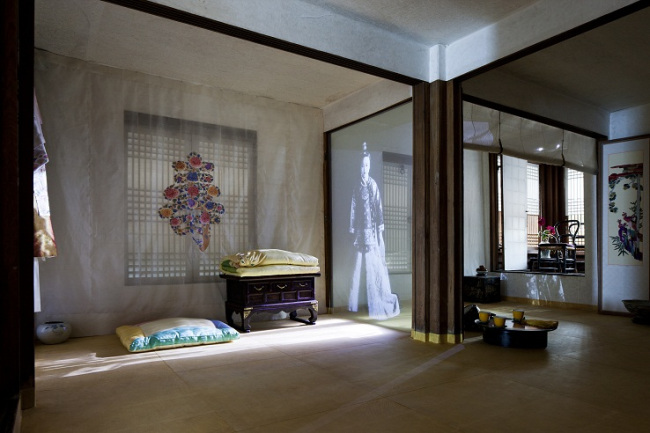 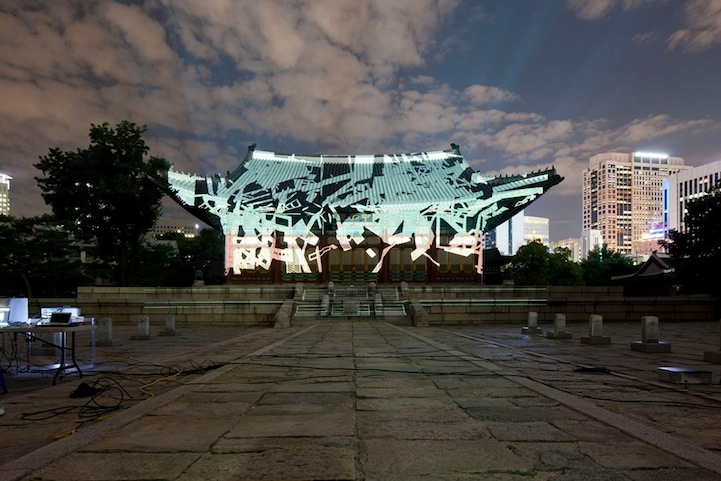 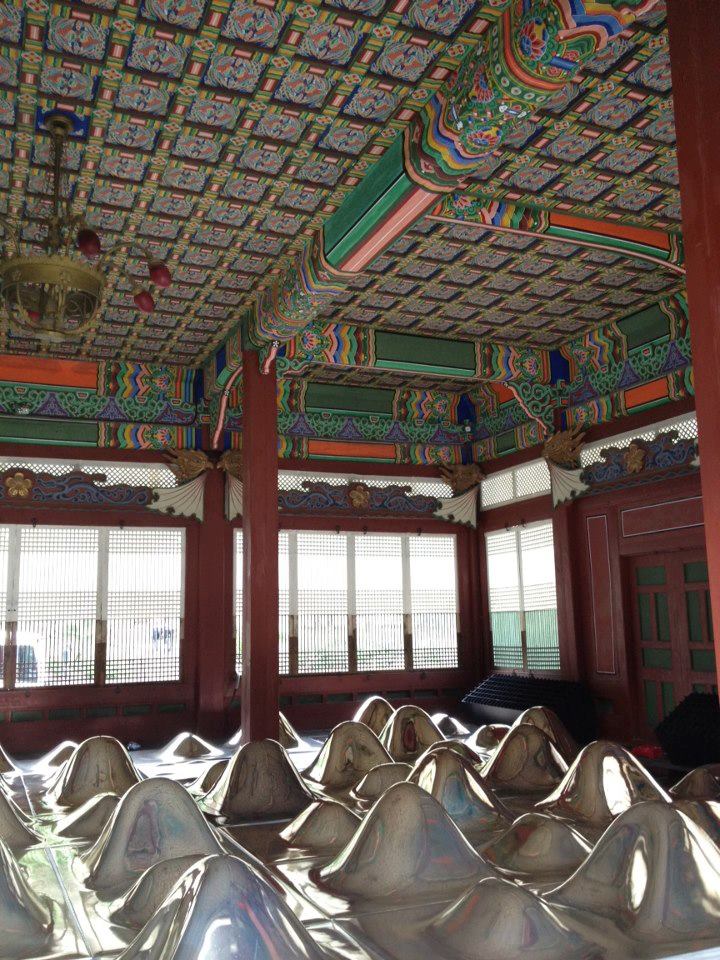