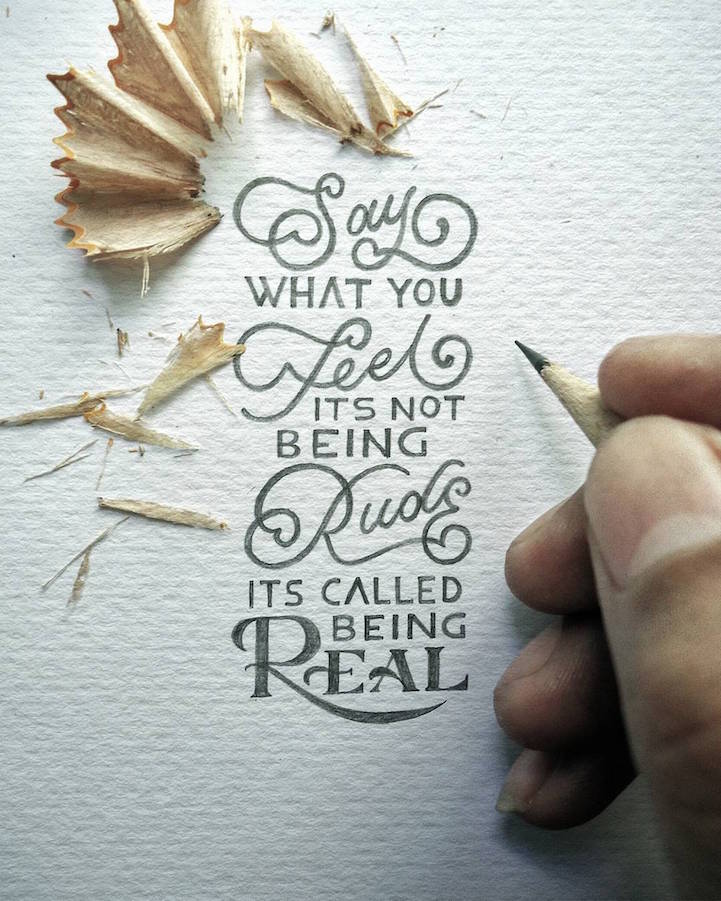 Dexa Muamar expresses sentiments of hope, perseverance, and individuality through tiny hand-lettered quotes. The meticulously-drawn designs feature a myriad of letterforms, including fancy flourishes, bold blocks, and razor-thin san-serifs. Together, they compose exquisite displays of inspirational sayings–some that are as small as a coin. For scale, he'll often photograph his handiwork next to objects of equal size.

Muamar is a skilled draftsman who's an expert when it comes to mixing different lettering styles. Each piece is visually striking thanks to its fusion of seemingly disparate approaches. They look and feel cohesive, however, because of his careful arrangement of words on the page. “The way the letters connect are something special to me,” he says.

With these artistic abilities, it's surprising to learn that Muamar's educational background is in economic development. He is drawn to quote writing because of its calming abilities. In an interview with Lettering Guy, Muamar admitted, “Making letters [has] kinda been therapy for me.” 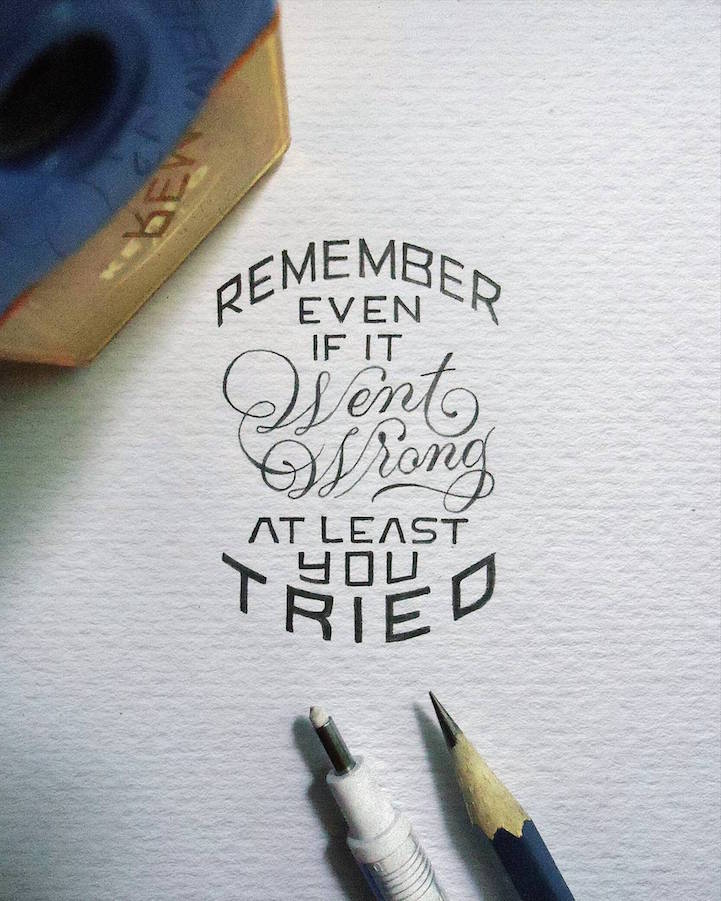 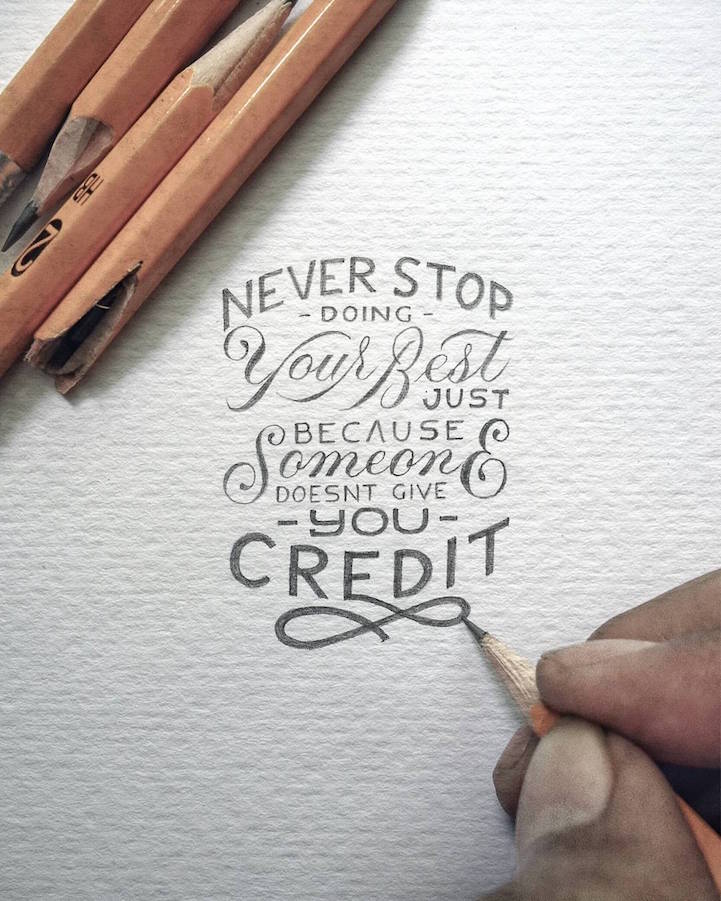 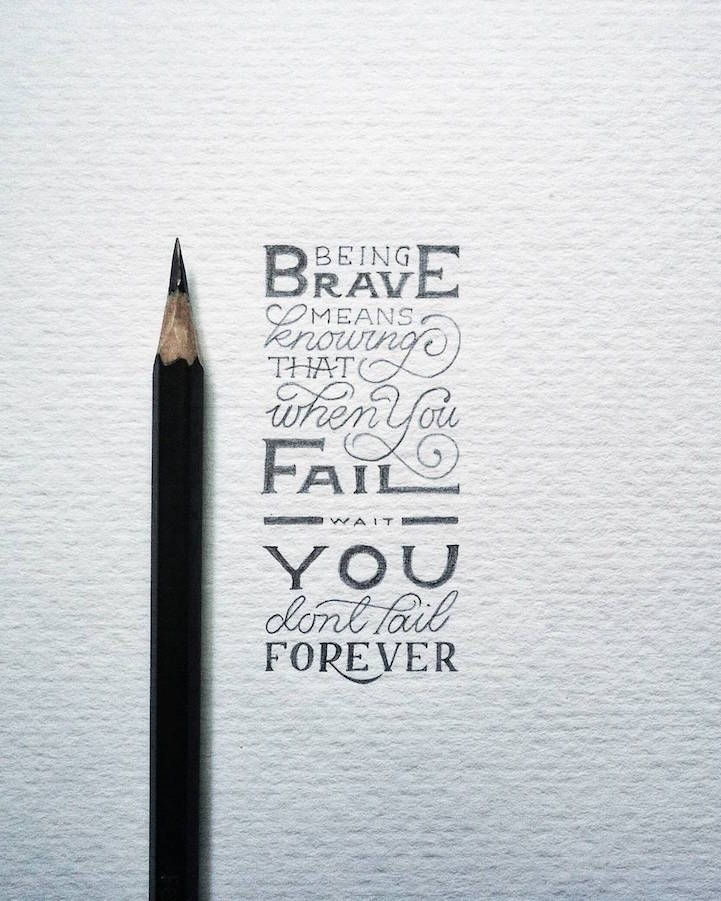 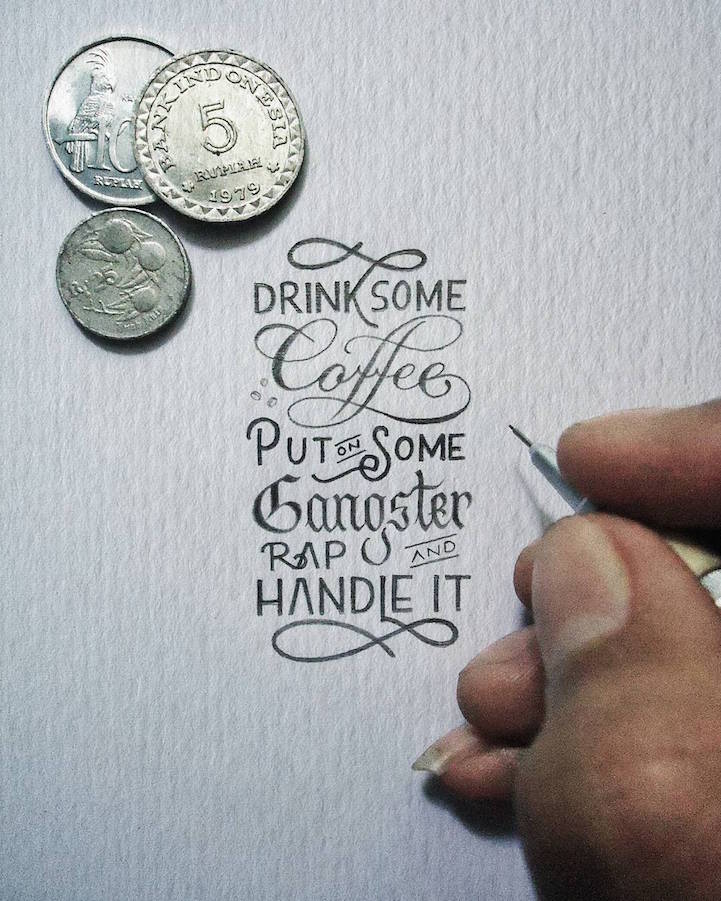 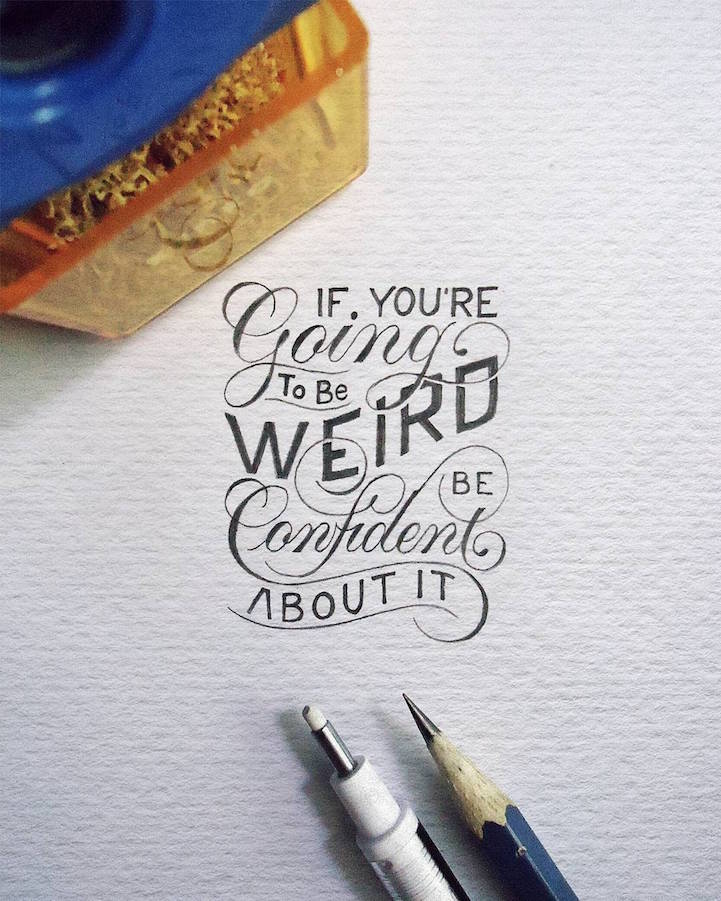 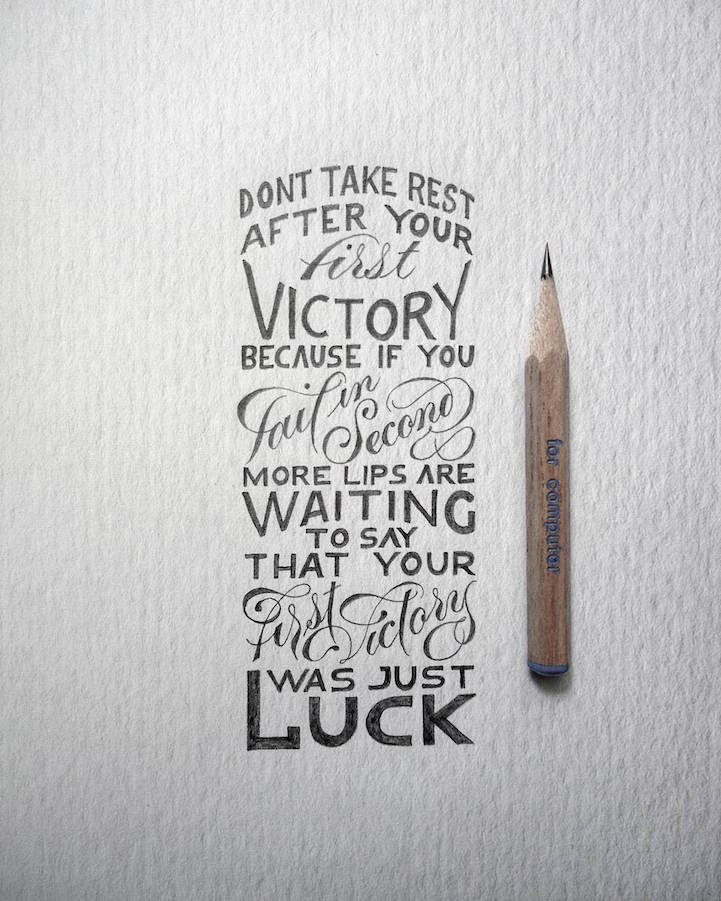 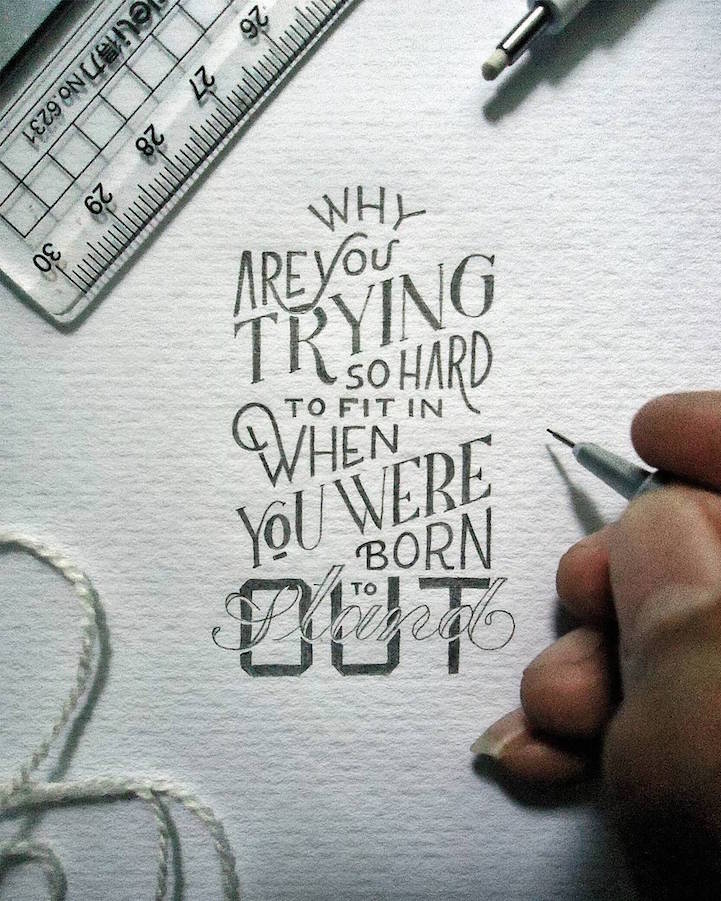 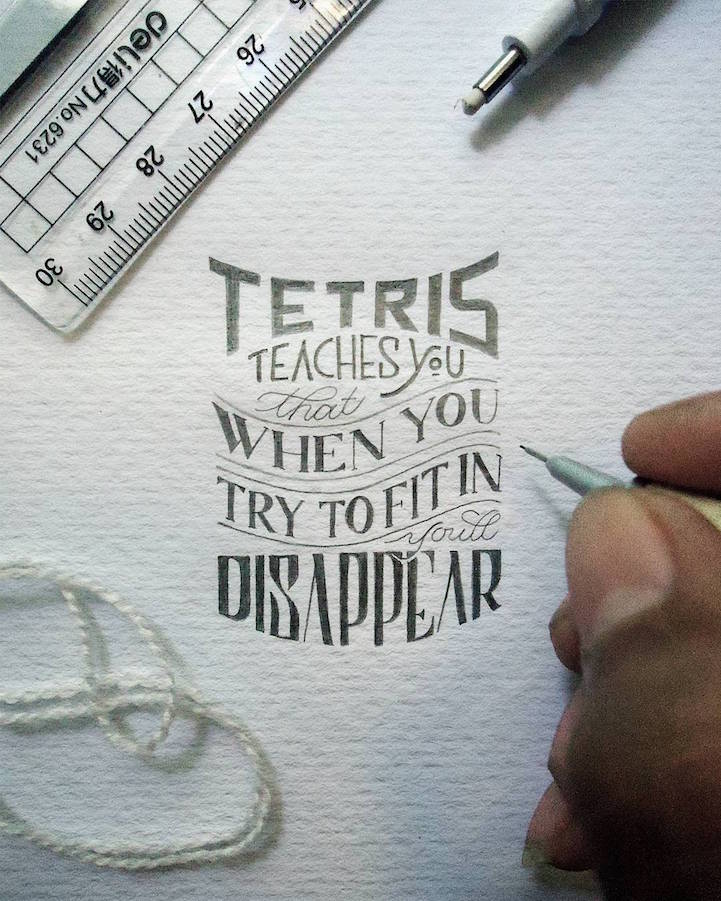 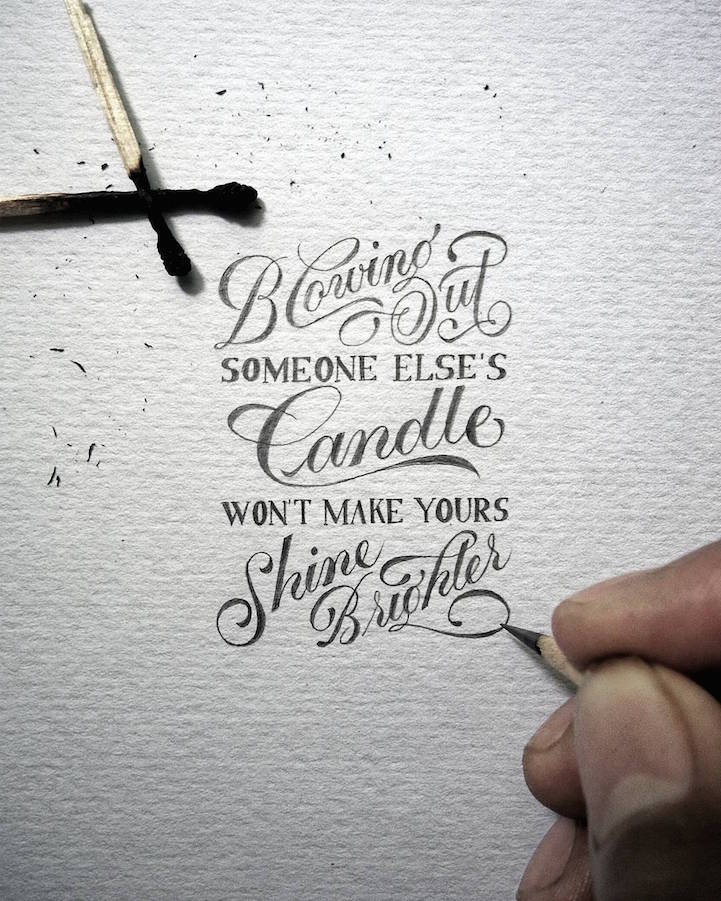