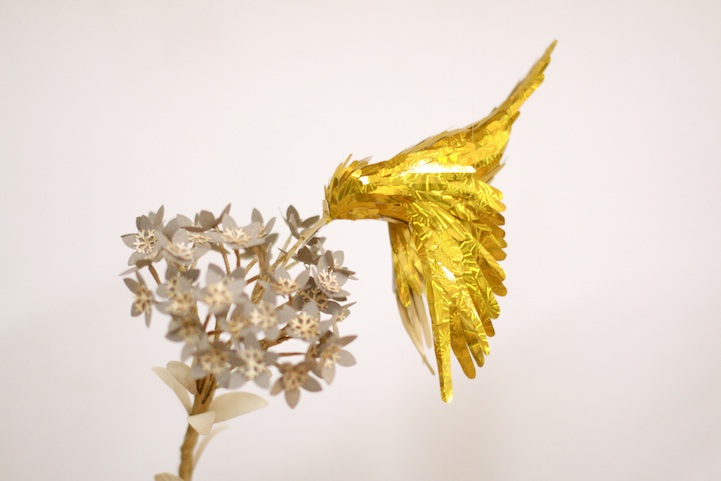 Colombian artist Diana Beltran Herrera takes her hummingbird series to a new level by using shimmering golden paper. As she told us previously about the series, Herrera chose the hummingbird and placed it next to flowers to show how a “dynamic element” looks in comparison to a “static element.” She's interested in “how they cooperate together and the importance of the position and shape they both have to have to allow them to create a harmonic union.”

Created for the B.O.G Hotel in Bogota, Columbia, the golden birds carry with them a deeper meaning. “Gold is an important material in my country,” Herrera explains to us. “In older times, people used to think that gold had a special relationship with the sun, with prosperity and abundance. Everything that has the touch of the sun receives magic, grows, and stays alive.

“It's the same action hummingbirds make each time they touch a flower. Gold is a desire, and I thought that I could give, through my work, better things for people to desire.”

For this new series, I love how Herrera strips away all the colors and uses just golden paper for her hummingbirds, inviting us to enjoy the delicate details in her small but precise creations. 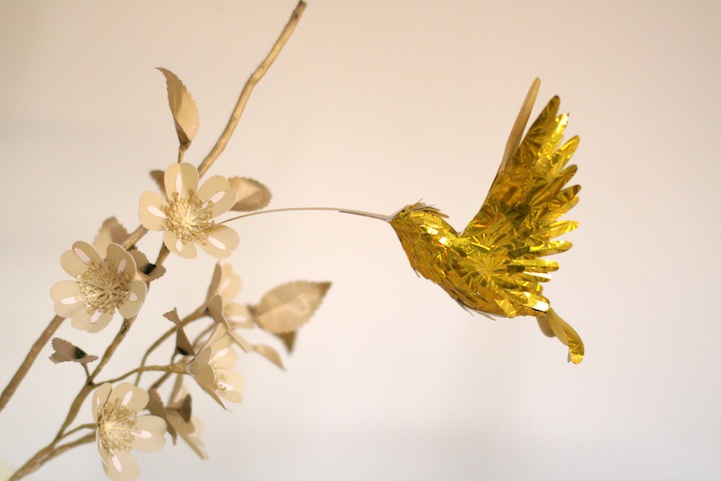 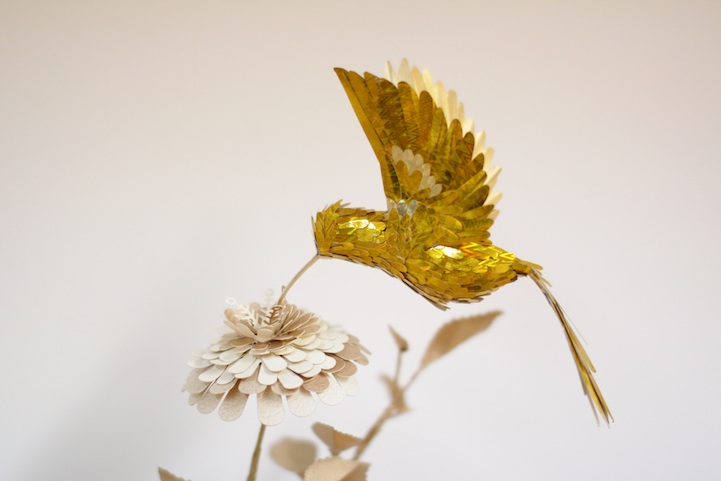 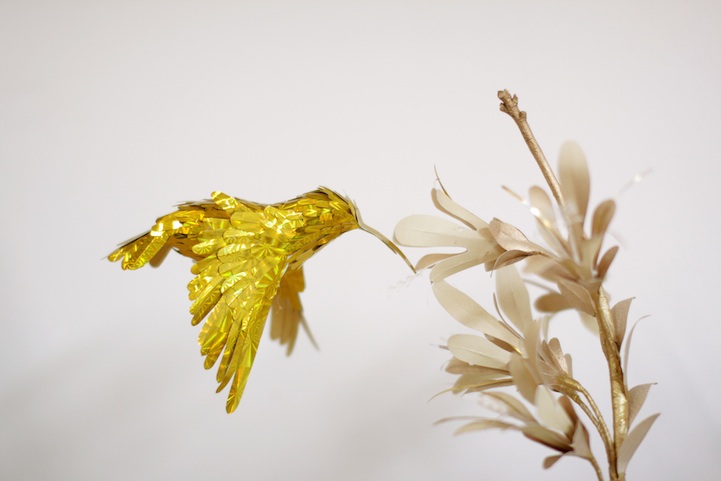 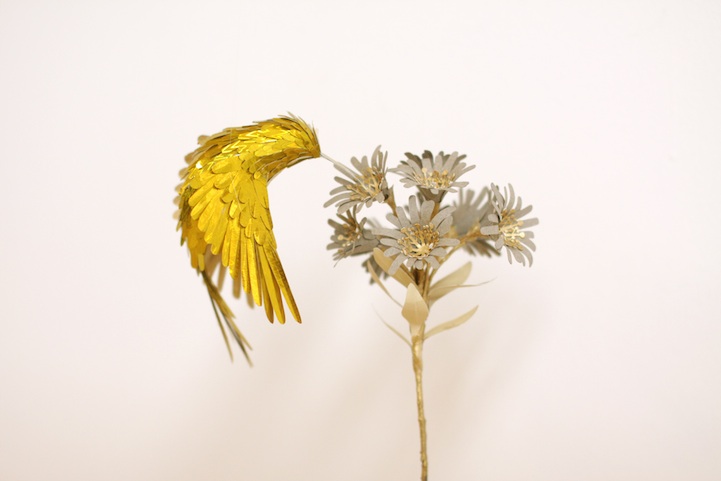