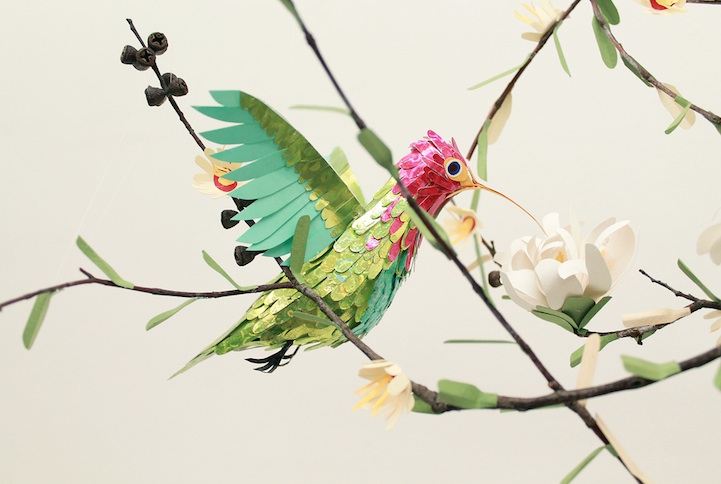 Diana Beltran Herrera is one of those artists that continually pushes herself to create more interesting works. When we first came across her colorful paper bird sculptures, we were amazed at how she could create such a wide range of birds with such precision and detail. Soon after, Herrera gave us a stunning look into the birds themselves, carefully constructing a clear window that revealed their internal anatomy. Since that time, she's integrated more scenes into her works, using real branches and decorating them with beautiful paper flowers, giving the illusion that these extraordinary birds are, in fact, hovering in mid-air.

You'd be surprised to find out that when Herrera started this project, she didn't have a clear idea of where it would eventually take her. Looking back, she tells us, “I found myself developing the technique, dealing with the paper and interpreting the movement in a 3D object. With time, I started reading and wondering a lot of things about these animals. It was only after an internal process that I started to study their movement. I don't consider this new work, I think it's an evolution and a way to find the real context of my work as a whole.

“In this special project, I chose hummingbirds and interpreted them in relation with the flowers, which means to take a dynamic element, in comparison to a static element, and find how they relate, how they cooperate together and the importance of the position and shape they both have to have to allow them to create a harmonic union.” 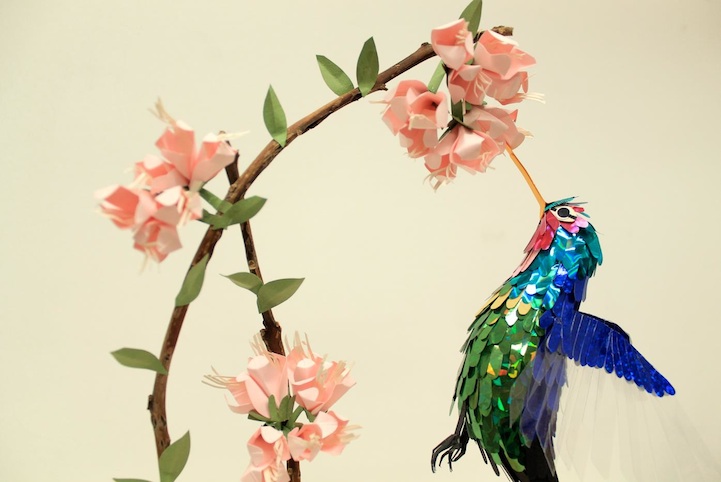 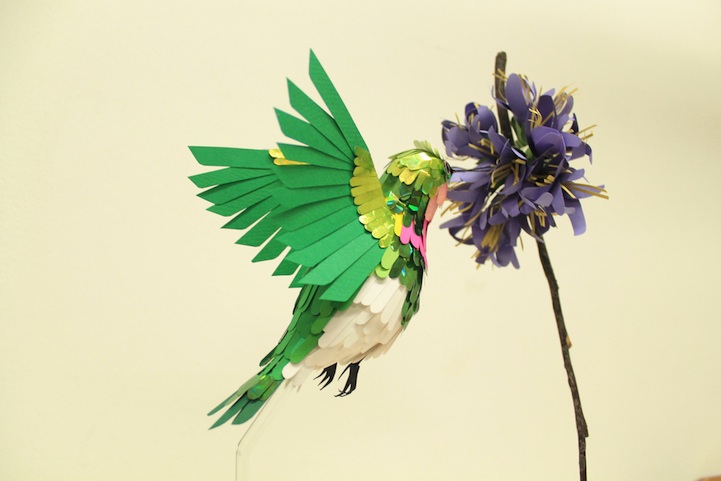 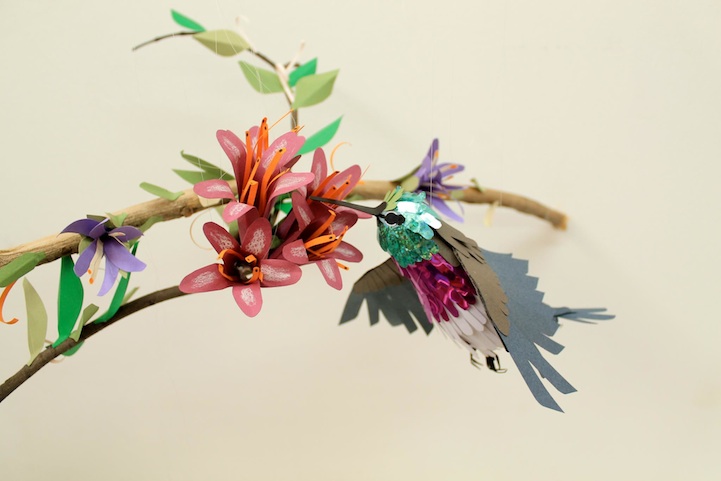 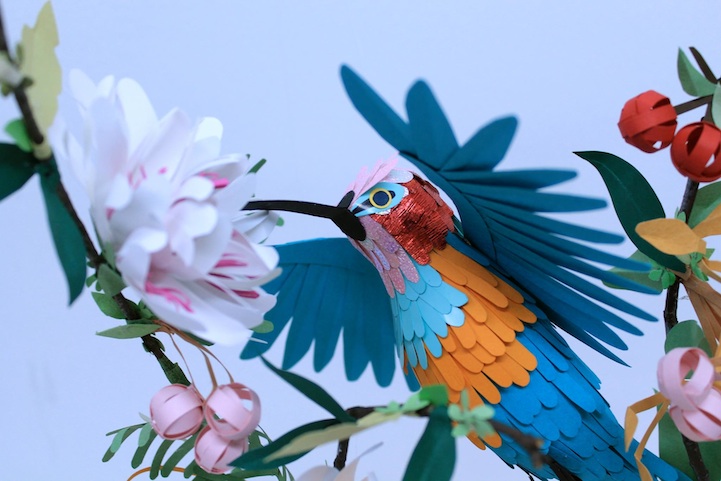 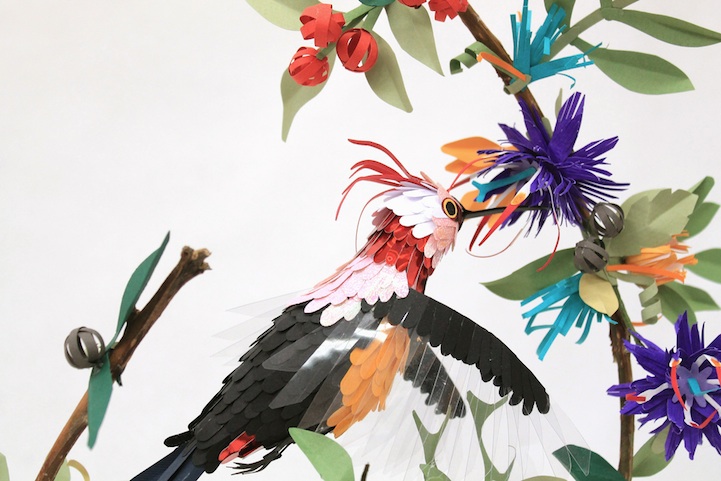 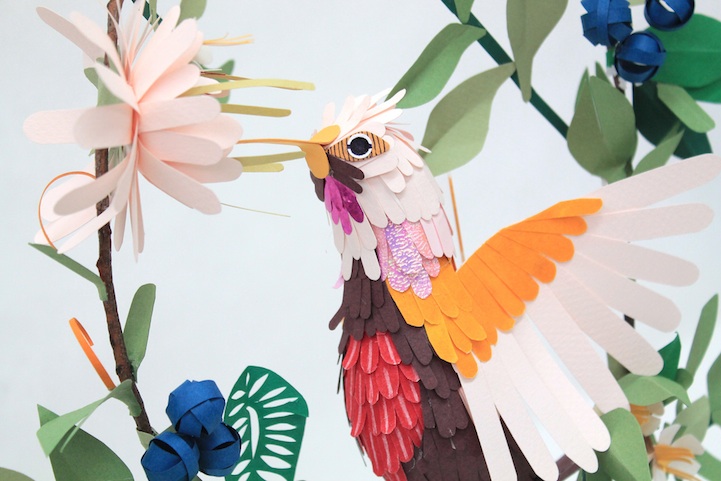 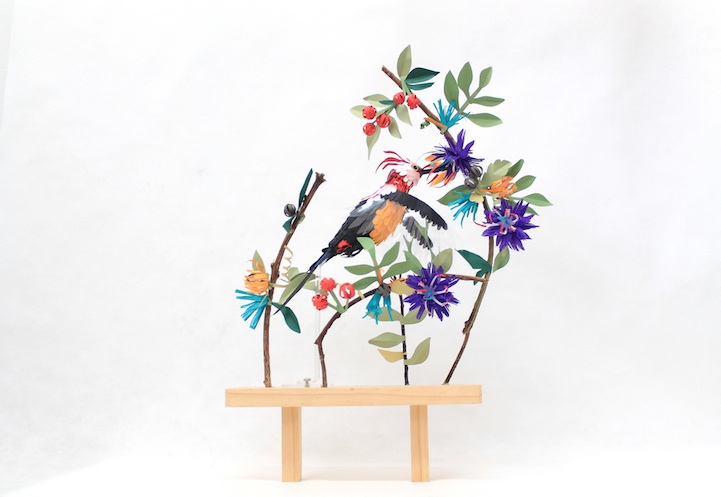