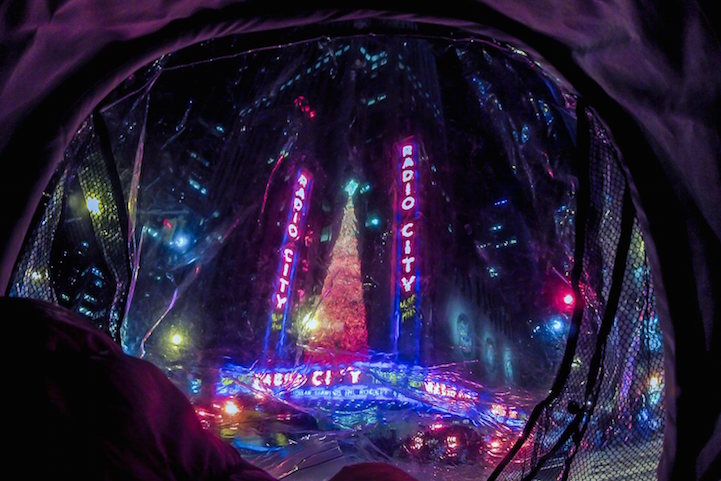 New York City has been the subject of many photographers' snapshots, but the Big Apple has rarely been captured from a viewpoint as unique as a toddler's perspective. Diego Acosta Lpez, a student at the School of Visual Arts, wanted to get inside his son Ignacio's head as he experienced the thrill of NYC for the first time. He accomplished this by mounting a GoPro camera to the inside of the toddler's stroller when Ignacio and his mother came from Quito, Ecuador to visit Lpez for a month last year.

The GoPro, set to take a picture every 10 seconds, captured around 2,000 photos each day. Common NYC sights like the subway, Central Park, and Times Square are transformed into new scenes by the unique perspective and the distortion of shapes and colors through the stroller's protective plastic flap. Little Ignacio, who's almost 2 years old, often appears in the frame with a sliver of his face, blankets, hands, or feet. Looking at the neon colors, glowing lights, and crowds of people from his point of view, we can almost imagine the excitement and wonder of strolling through the streets of such a new, unknown place for a toddler. 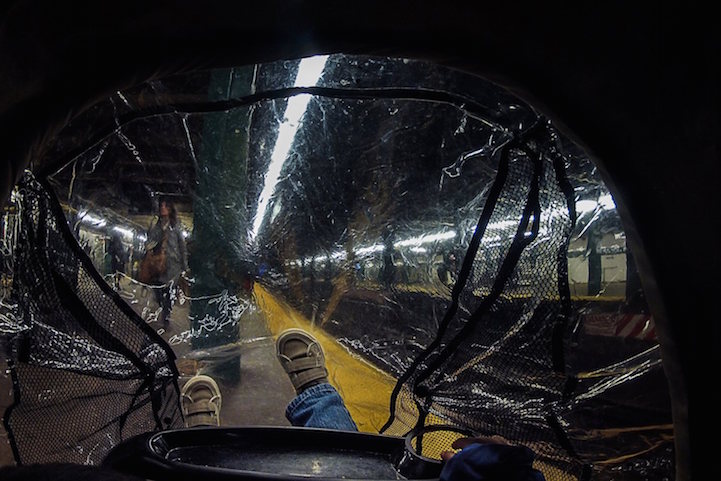 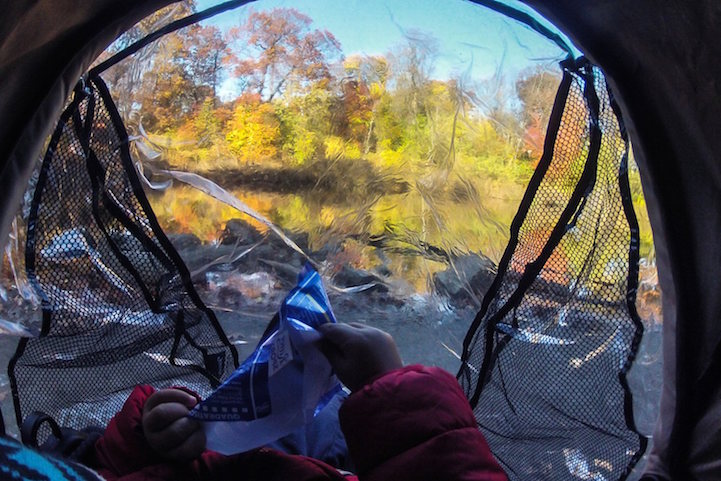 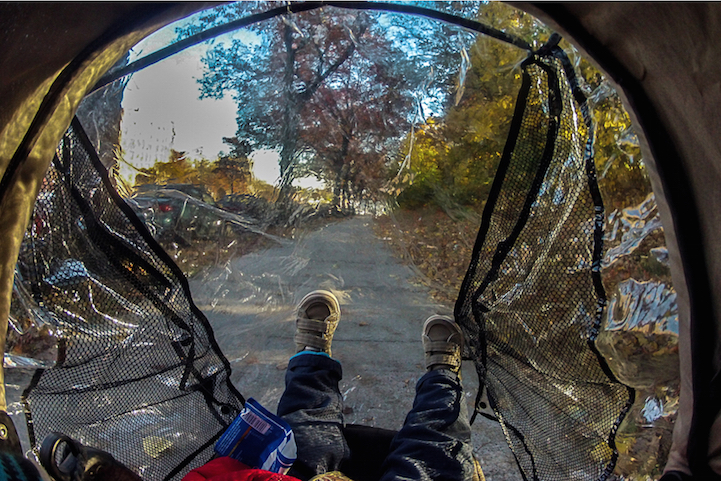 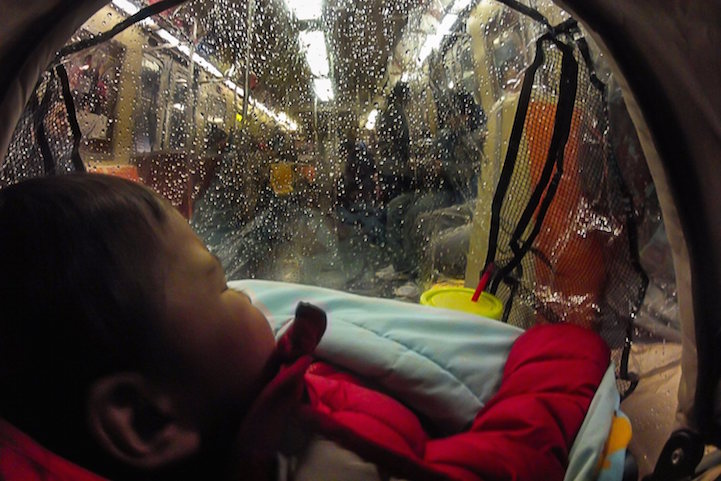 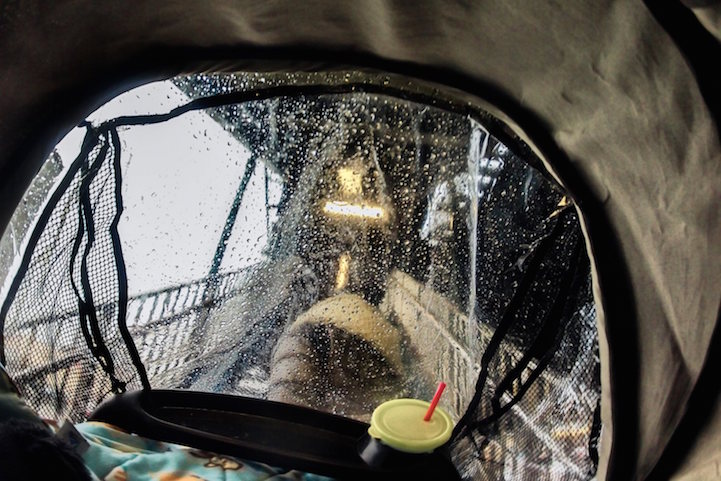 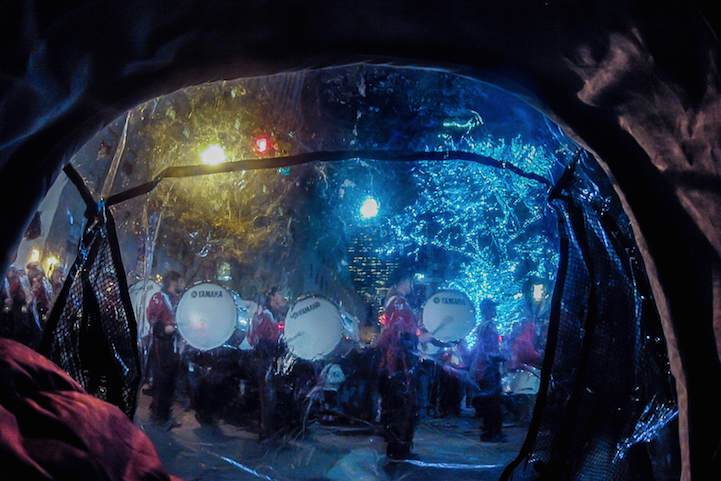 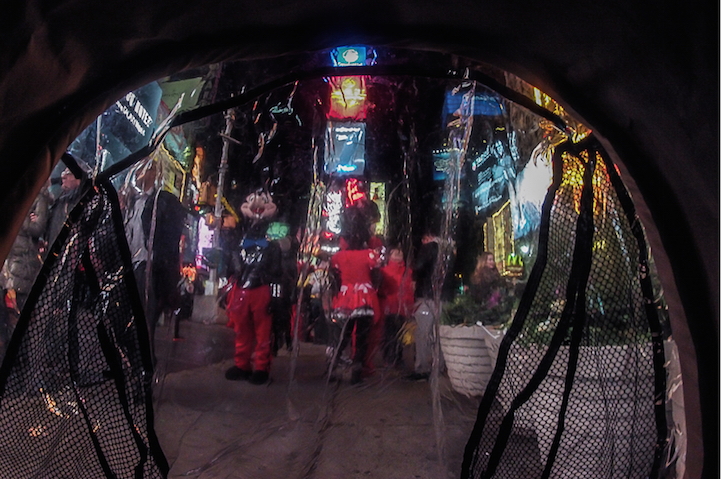 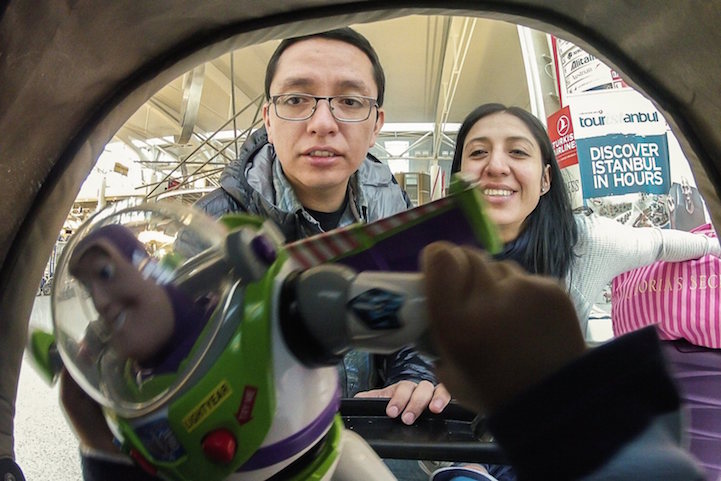