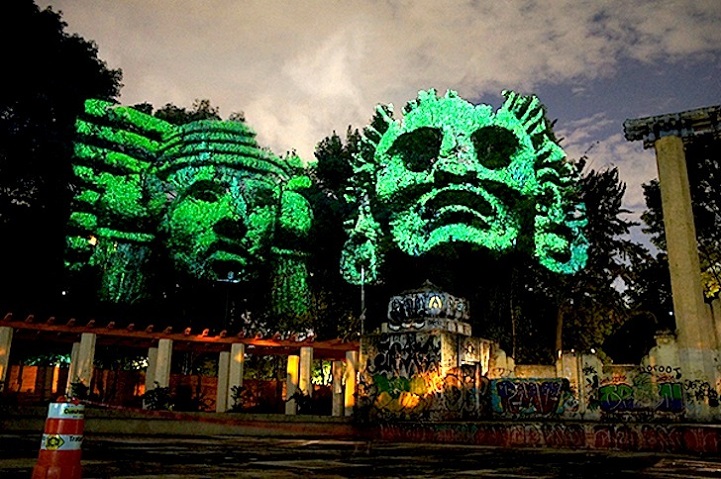 To meet the demand for corn, the country currently imports much of it from the United States, specifically from genetically-modified food proponent Monsanto. Critics warn that this new maize not only threatens agricultural diversity but the Mexican corn culture as well. Additionally, it will open the door to the privatization of the maize seed market to a few mega corporations.

Dioses del Maz is meant to raise awareness about the concerns of GM corn critics. The projections took place for two nights in front of thousands of people, and the eight faces of the deities moved through smooth video transitions. A couple of projections fit on a single tree and were accompanied by pre-hispanic music, sounds, and voices, which undoubtedly made for a moving performance.

The gods included in the installation were: Cocijo I and II; Tlaloc I and II; Quetzalcoaltl, Chalchiuhticue, and Xilonen. 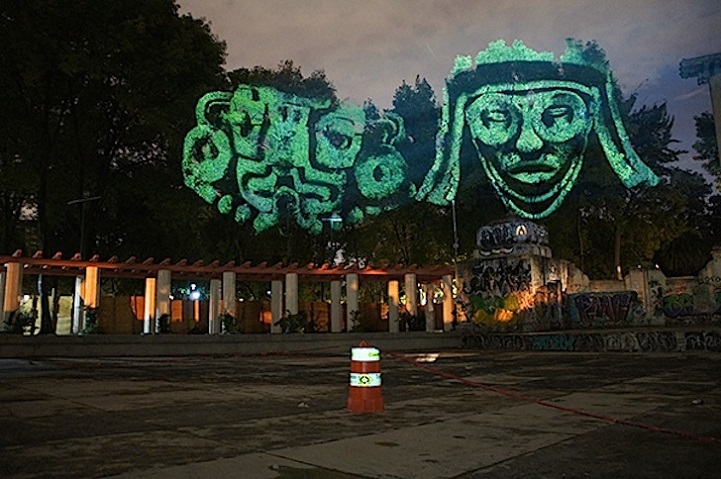 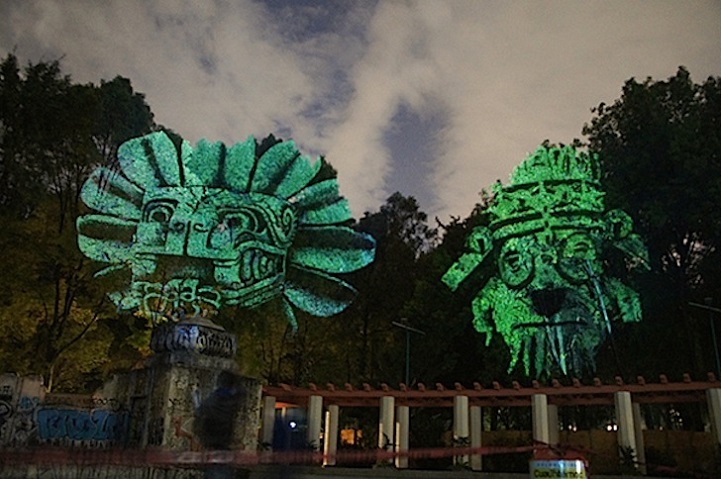 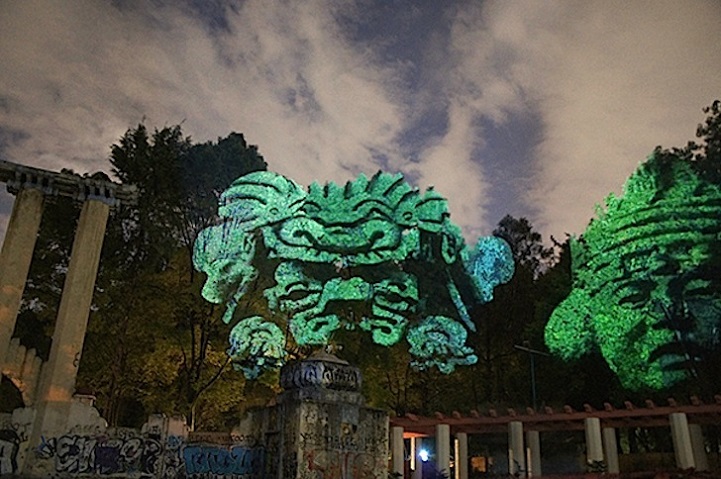 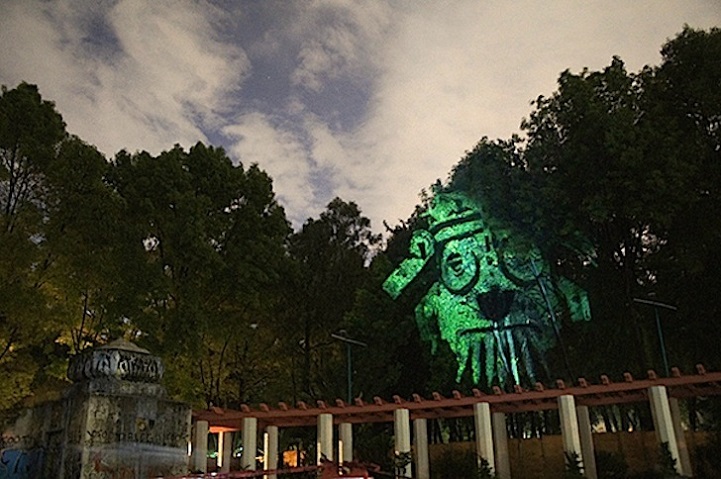 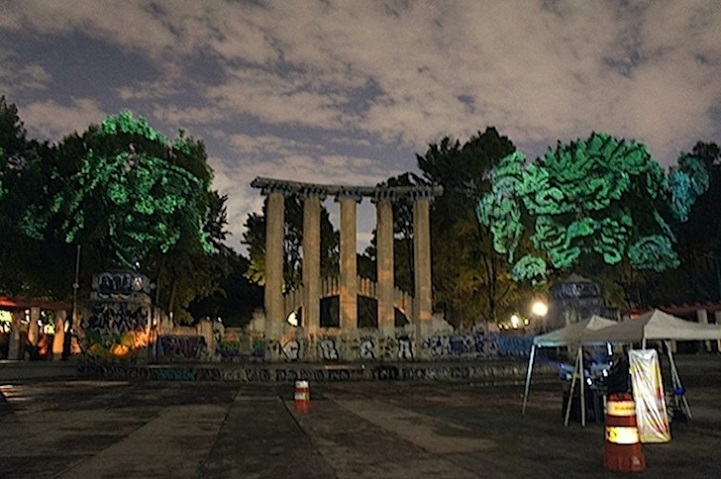 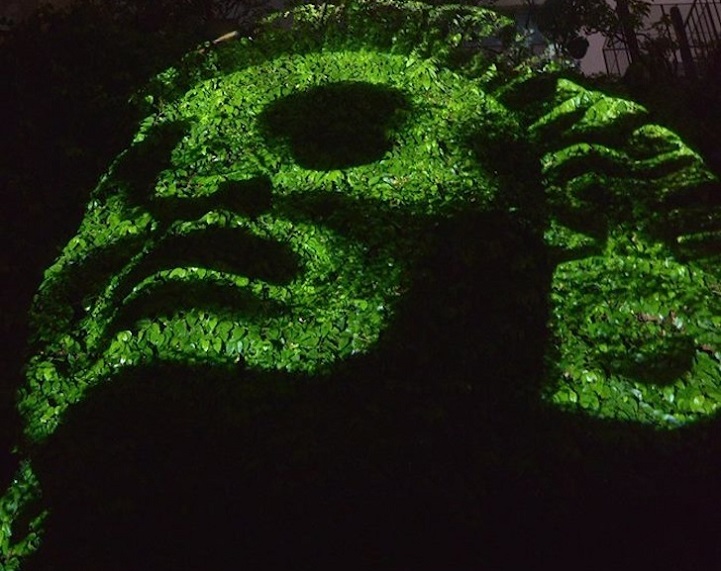