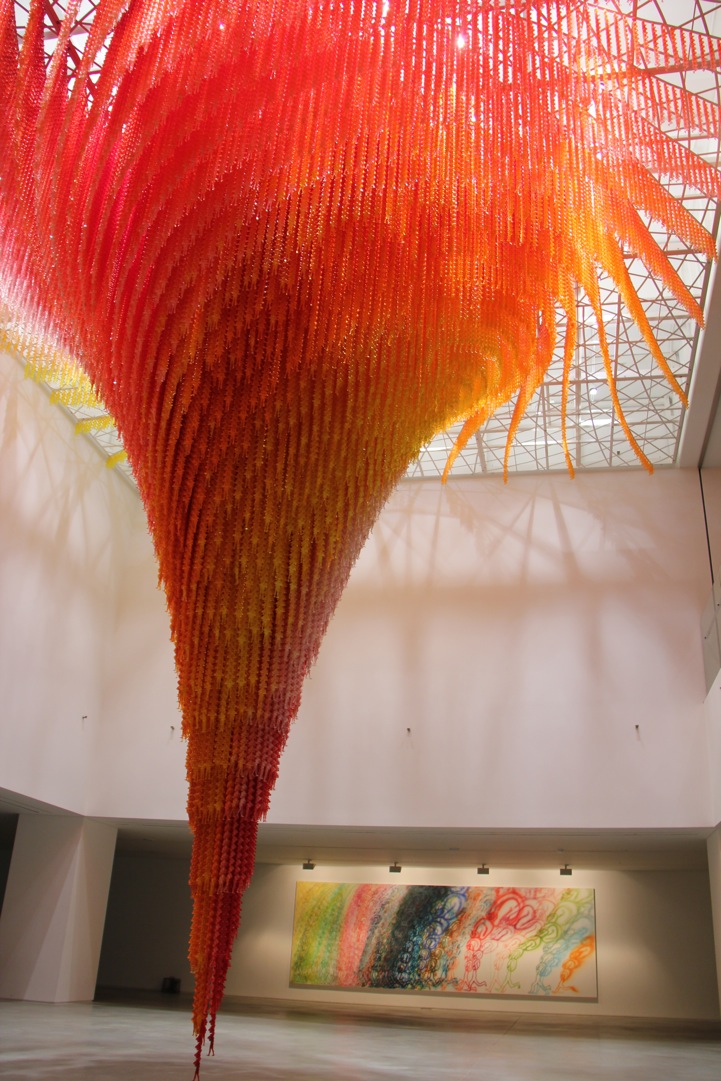 Last month, Alice introduced us to artist Do Ho Suh's floor installation, aptly titled Floor, that features a world of tiny men keeping us afloat. Similarly, Suh's Cause & Effect ceiling installation incorporates miniature statues of men, though this time they are mounted on top of one another, forming a tornado of tiny bodies.

These 5.5-inch-tall men are hoisted atop each other's shoulders as though they were intentionally collaborating to construct a larger force. Suh continues to emphasize his observational message of there being strength in numbers. Despite their small-scale form, these representative men prove to be a powerful entity when combining their joint efforts. The acrylic resin figures hang on cables attached to a stainless steel plate, reaching an approximate height of 19 feet and stretching out 8 feet across. The miniature statues' red, orange, and yellow coloring chosen by the artist is meant to resemble a Doppler reading to further accentuate the appearance of a violent tornado to represent the mighty force of a group of individuals.

Cause & Effect has been shown in several venues from Seoul to New York. It is currently being installed at Western Washington University. The fantastic hanging sculpture is set to extend beyond the confines of one floor of the building. The piece will hang from the ceiling and pass through a well-like opening on the third floor to peek out on the second level of the Academic Instructional Center West building. The installation is scheduled to be open for viewing in June 2012. 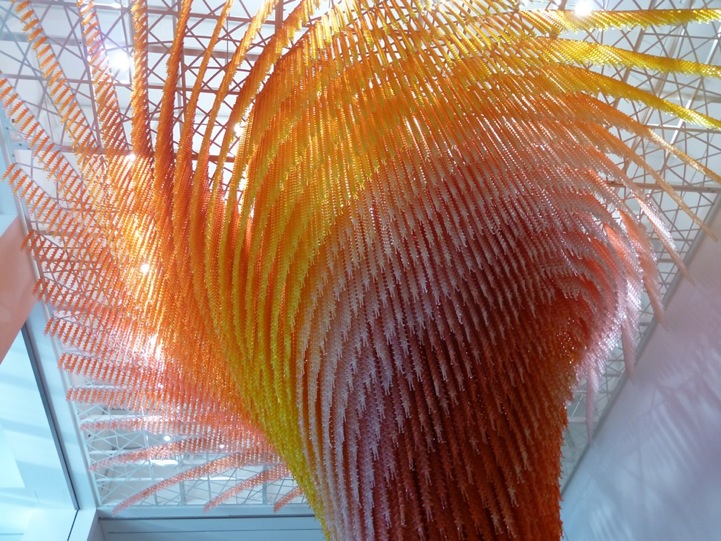 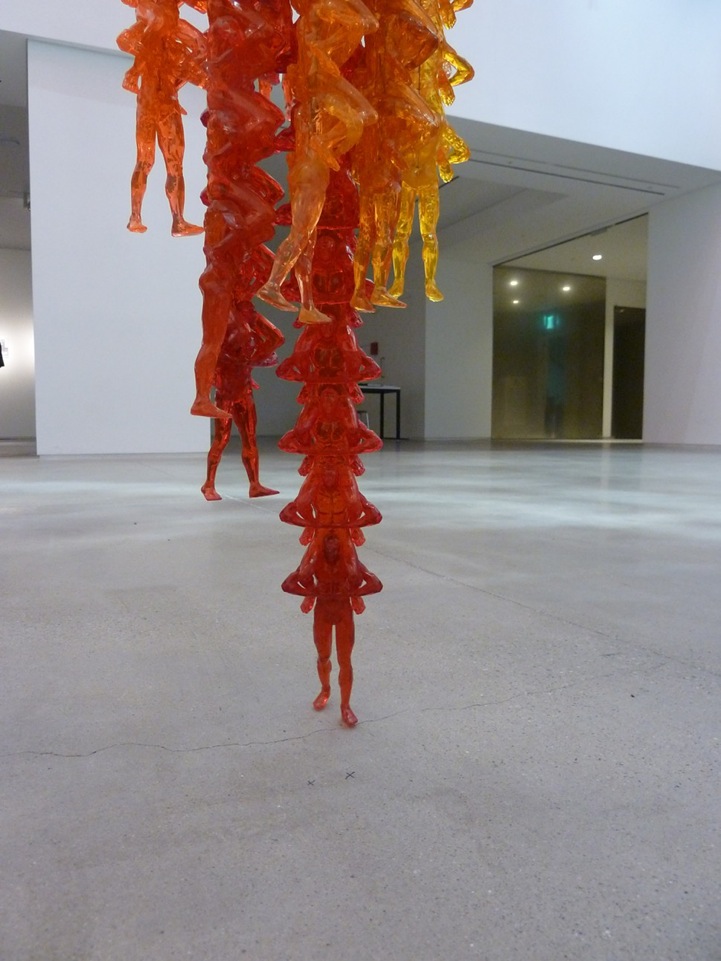 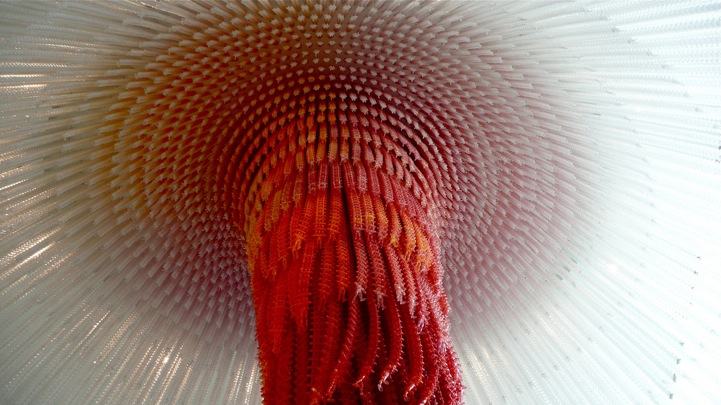 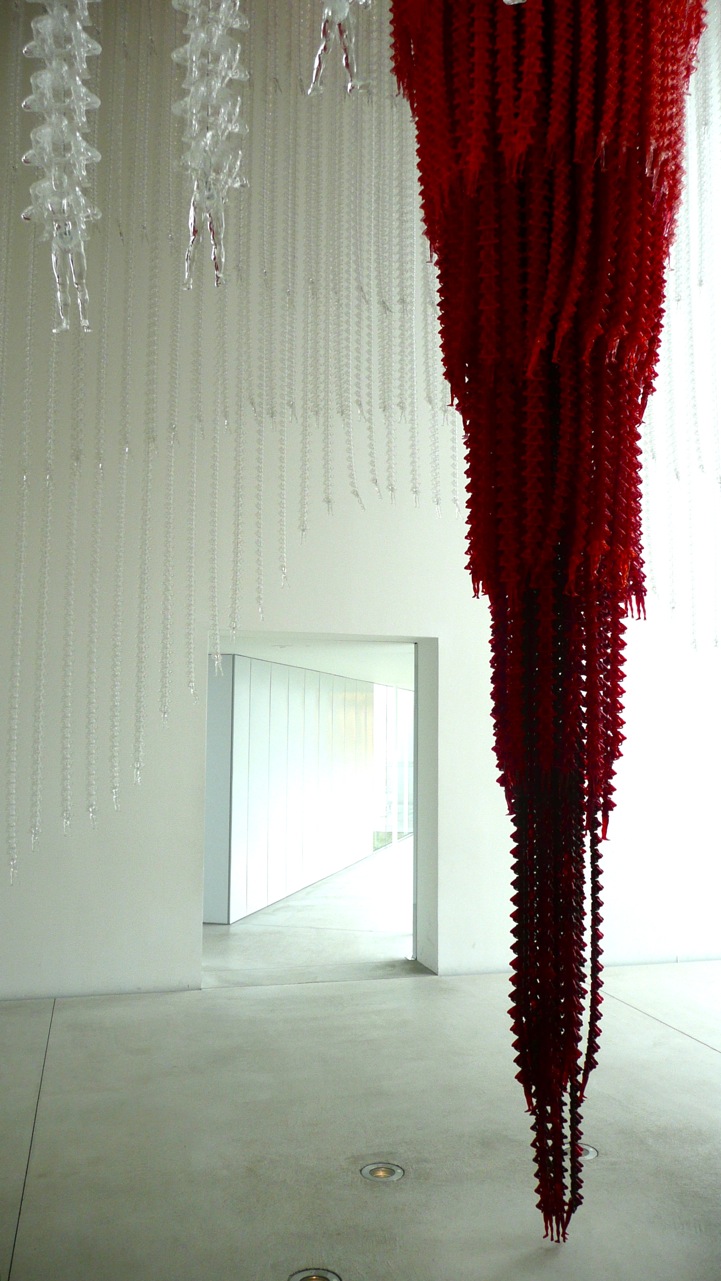 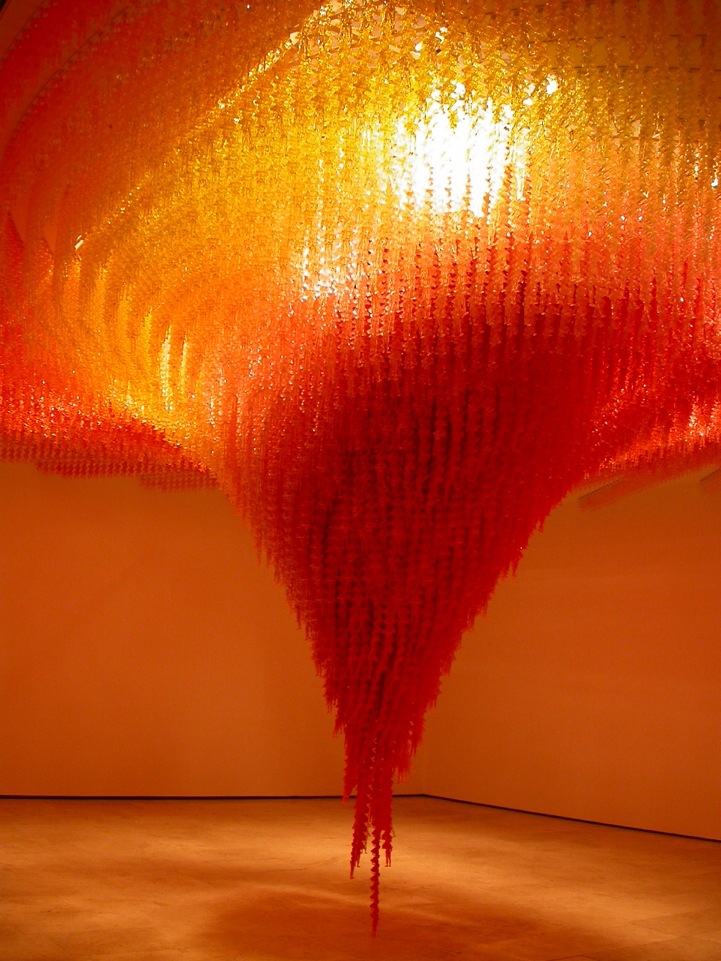 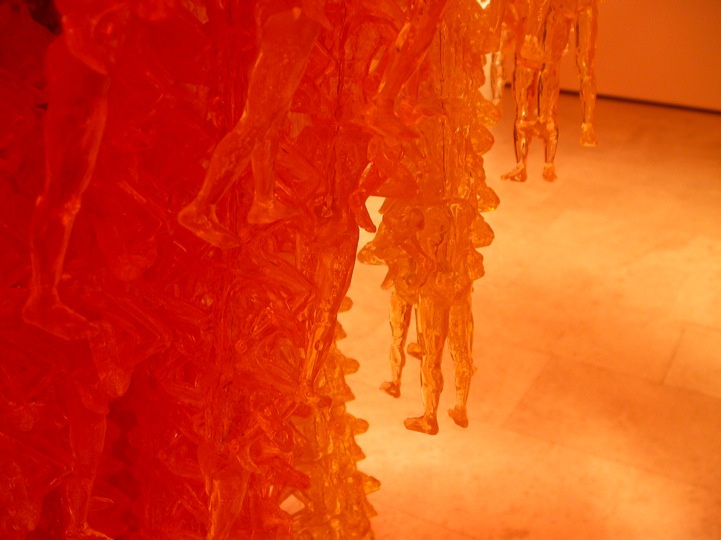 Images via The Stranger, Korea.net, Herry Lawford, and Roberta Fallon
via [Colossal]