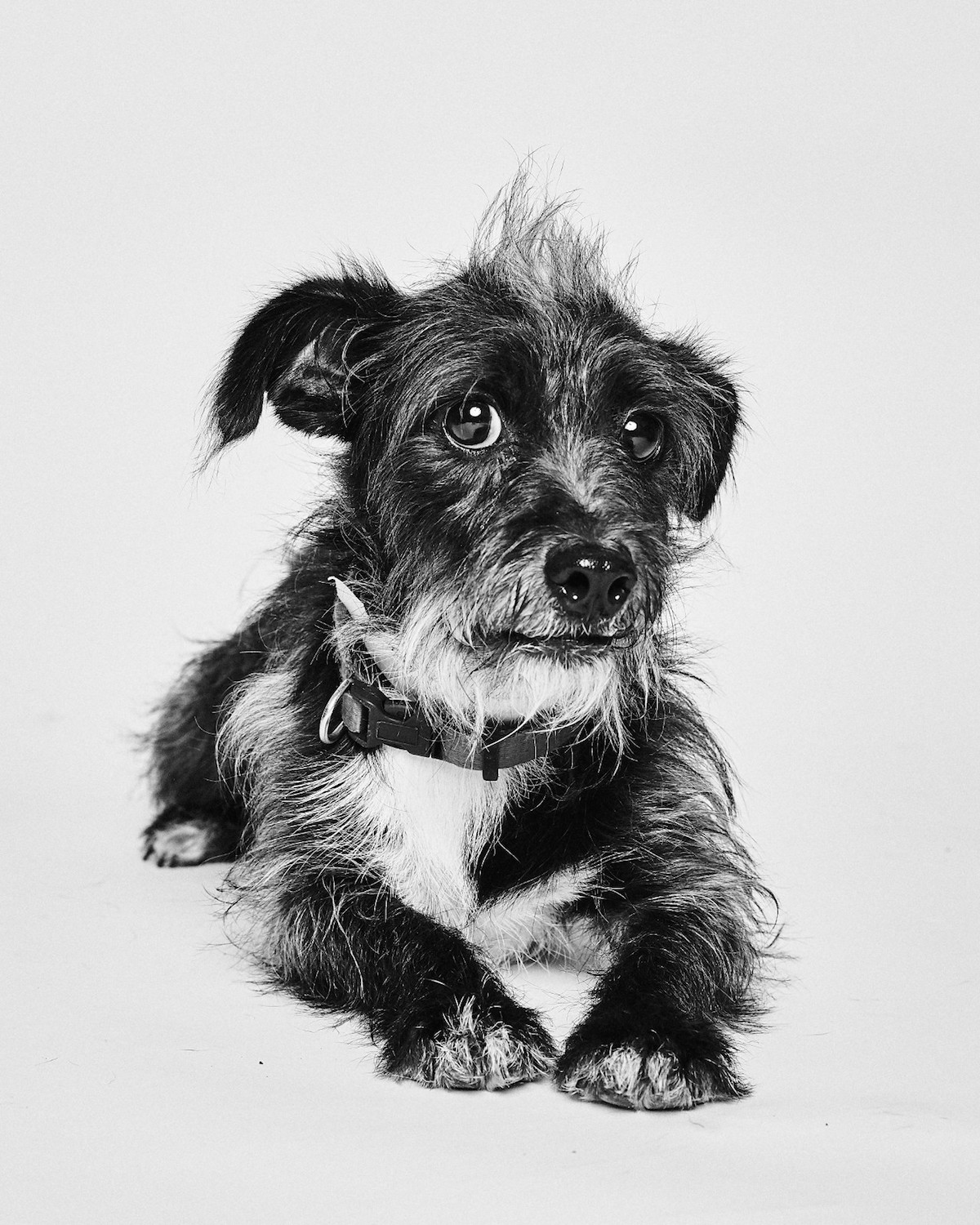 In a bid to promote pet adoption, animal lover Suzanne Donaldson (aka Mrs. Sizzle) recently teamed up with Social Tees Animal Rescue (STAR) and fellow dog lover and photographer Shayan Asgharnia to share the stories of 19 shelter dogs. The adorable pups have all traveled from “high-kill” shelters in LA to New York, where they now have a second chance of finding their forever homes.

Each year, millions of dogs in the United States are sadly abandoned, only to wind up in animal shelters where they’re likely to be euthanized. Through their project, Donaldson and Asgharnia hope their series of gorgeous black and white dog portraits will inspire people to adopt pets who are in desperate need of love. Each expressive portrait captures the pup’s personality, whether it’s charmingly playful or adorably timid.

Although the 19 dogs had experienced tough lives, they showed surprising signs of trust towards Donaldson and Asgharnia on the day of their visit. One senior chihuahua in particular, named Alvin, faced the possibility of euthanasia before STAR intervened. “Alvin is a very sweet boy,” Samantha Brody, co-director of the rescue says. “He’s not shy upon meeting new people and instead wanted to be right up against the bars of his cage, hoping one of us would put our hands in and pet him to reassure him. He’s the kind of dog that just wants someone to be his person so he can sit in their lap or next to them and snooze the day away.”

During the shoot, Donaldson and Asgharnia managed to bond with a number of the pups, including Nutmeg, who nuzzled up to Asgharnia as he lay on the floor. “Being around a dog is therapeutic to me,” Asgharnia says. “That moment when you’ve earned the trust of those innocent lives and can show them kindness and love they’re unaccustomed to receiving is a beautiful moment between living beings.”

If you’re in New York and inspired to adopt a pet, you can fill out an adoption application with STAR today. You can also donate to support their vital work via their website.

You can find more of Asgharnia’s stunning animal portraits on his website. 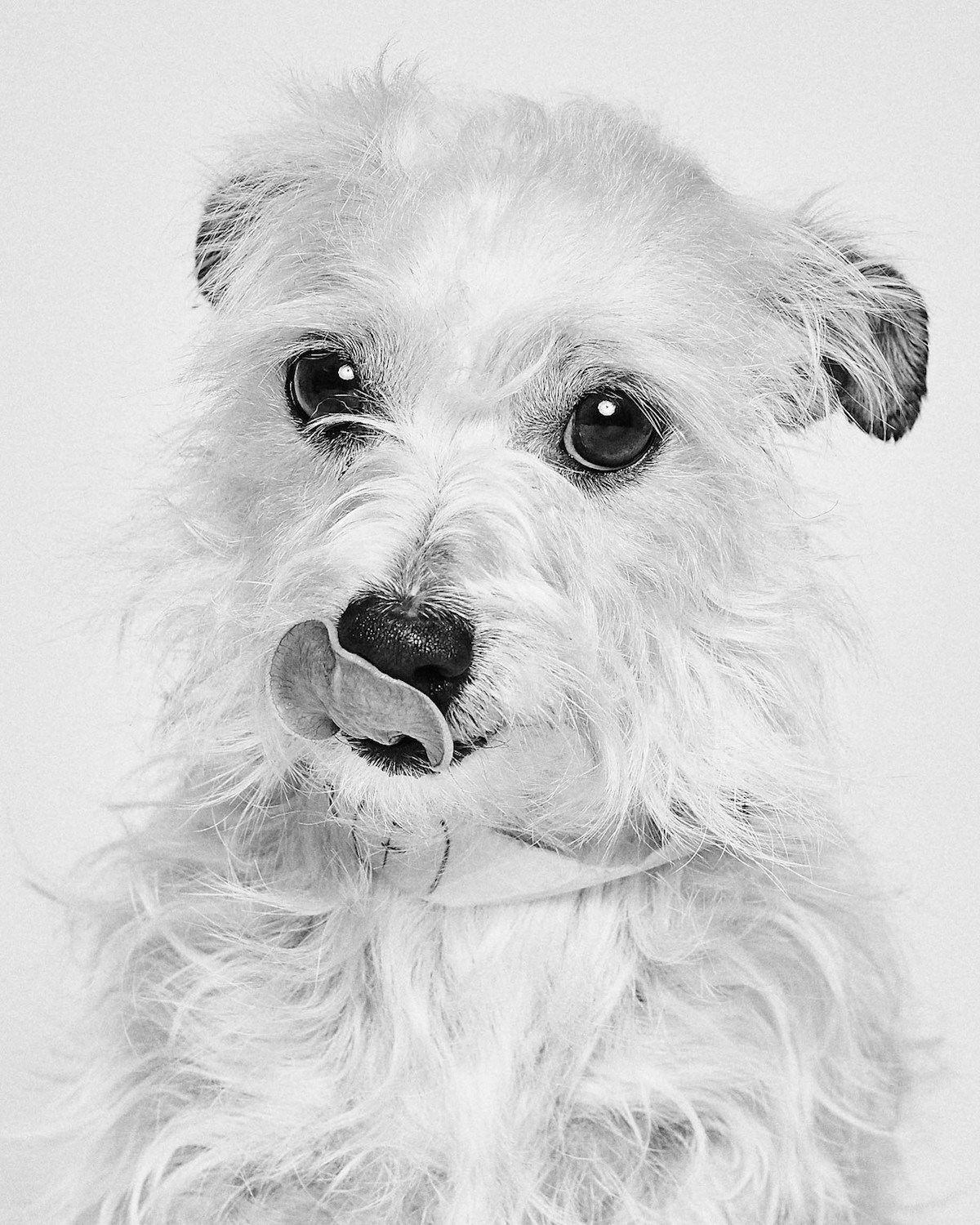 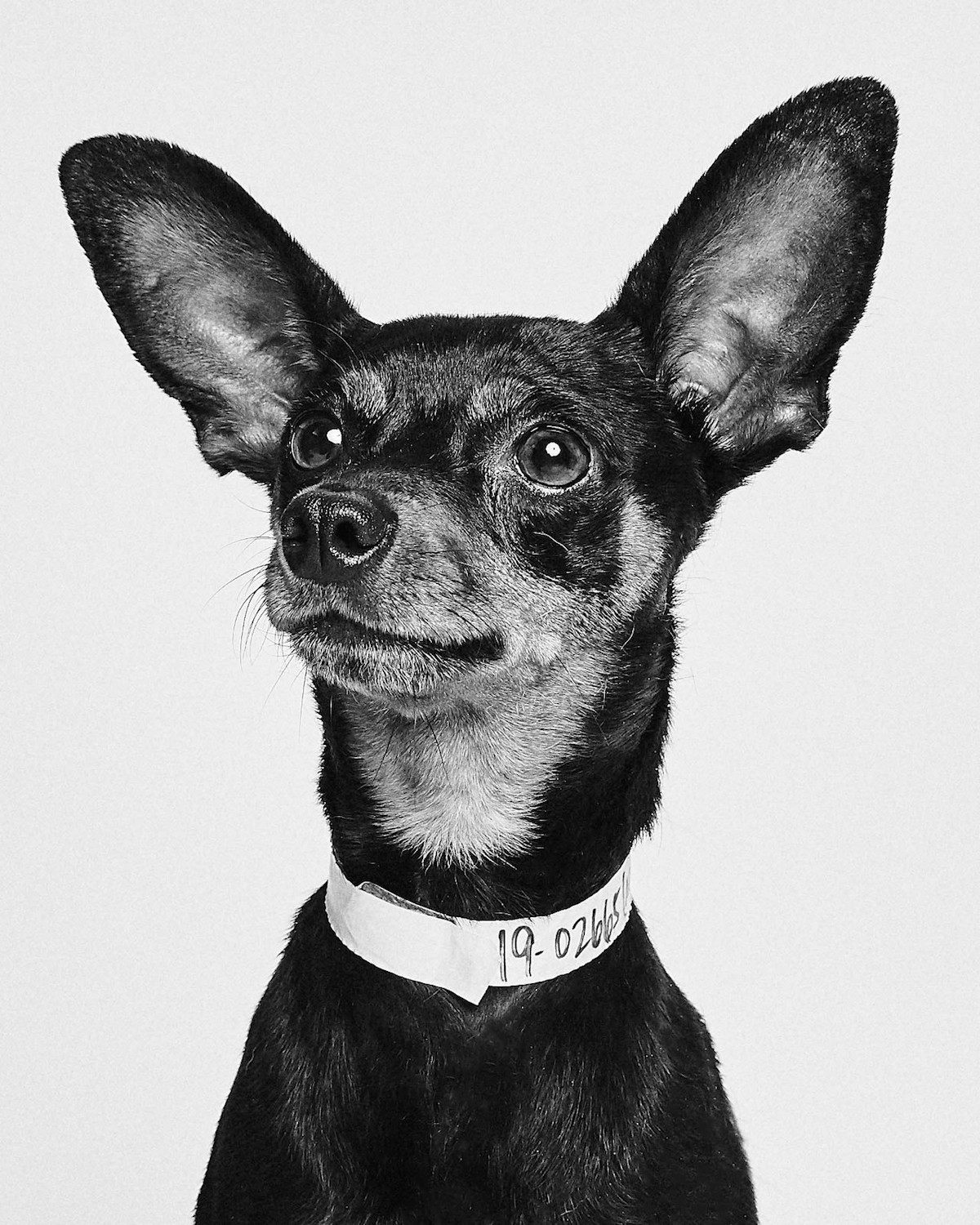 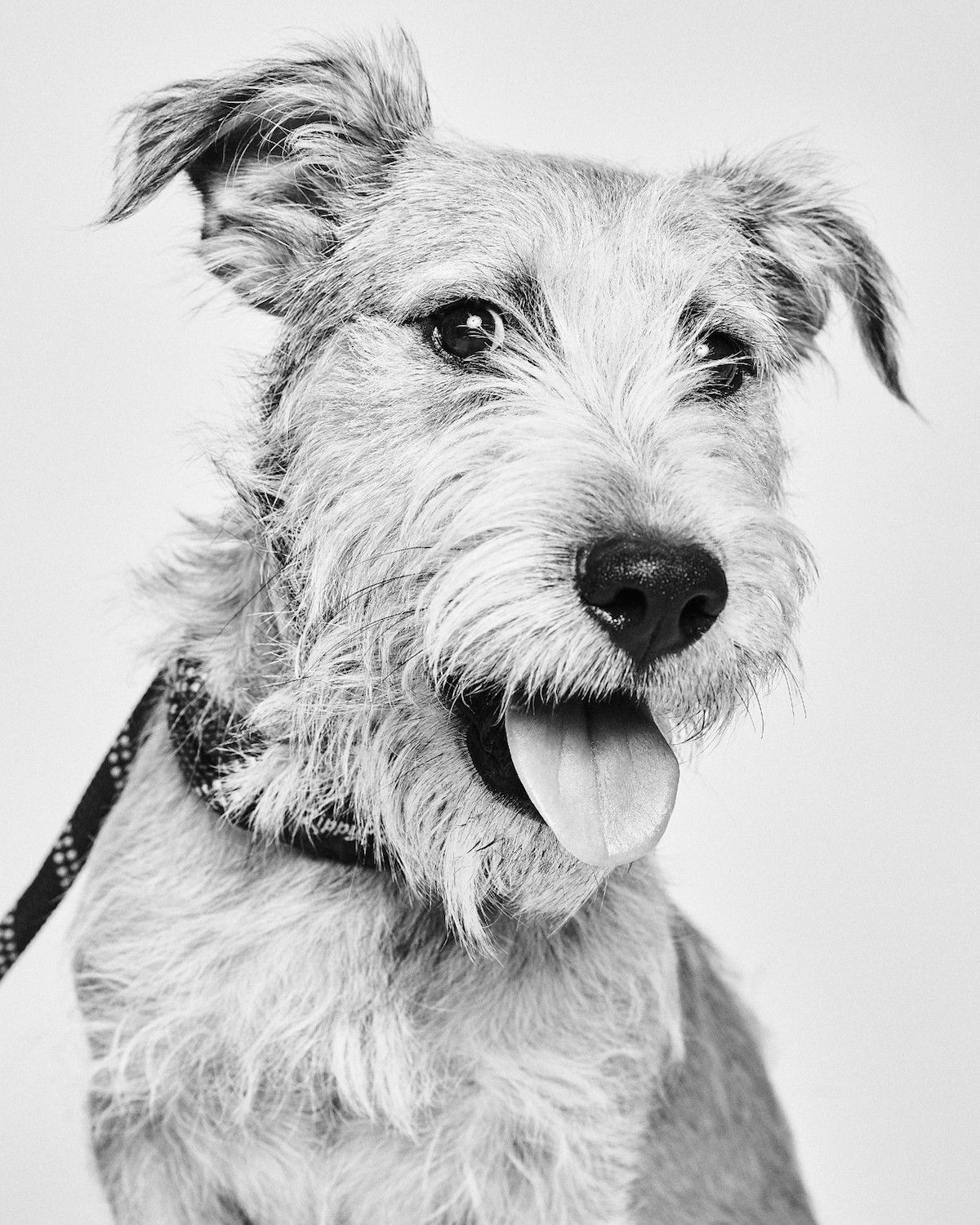 The adorable pups traveled from “high-kill” shelters in LA to New York, where they now have a second chance of finding their forever homes. 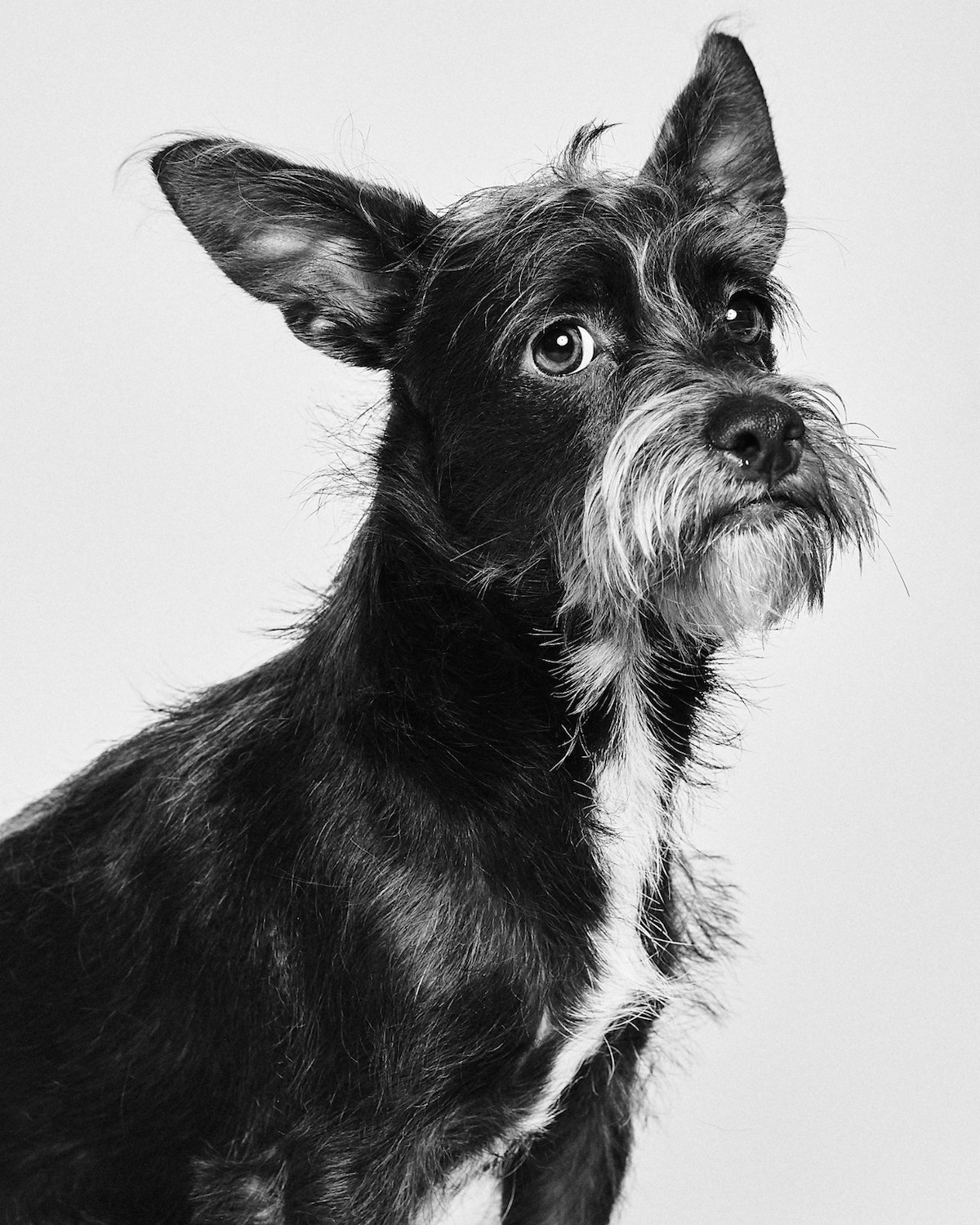 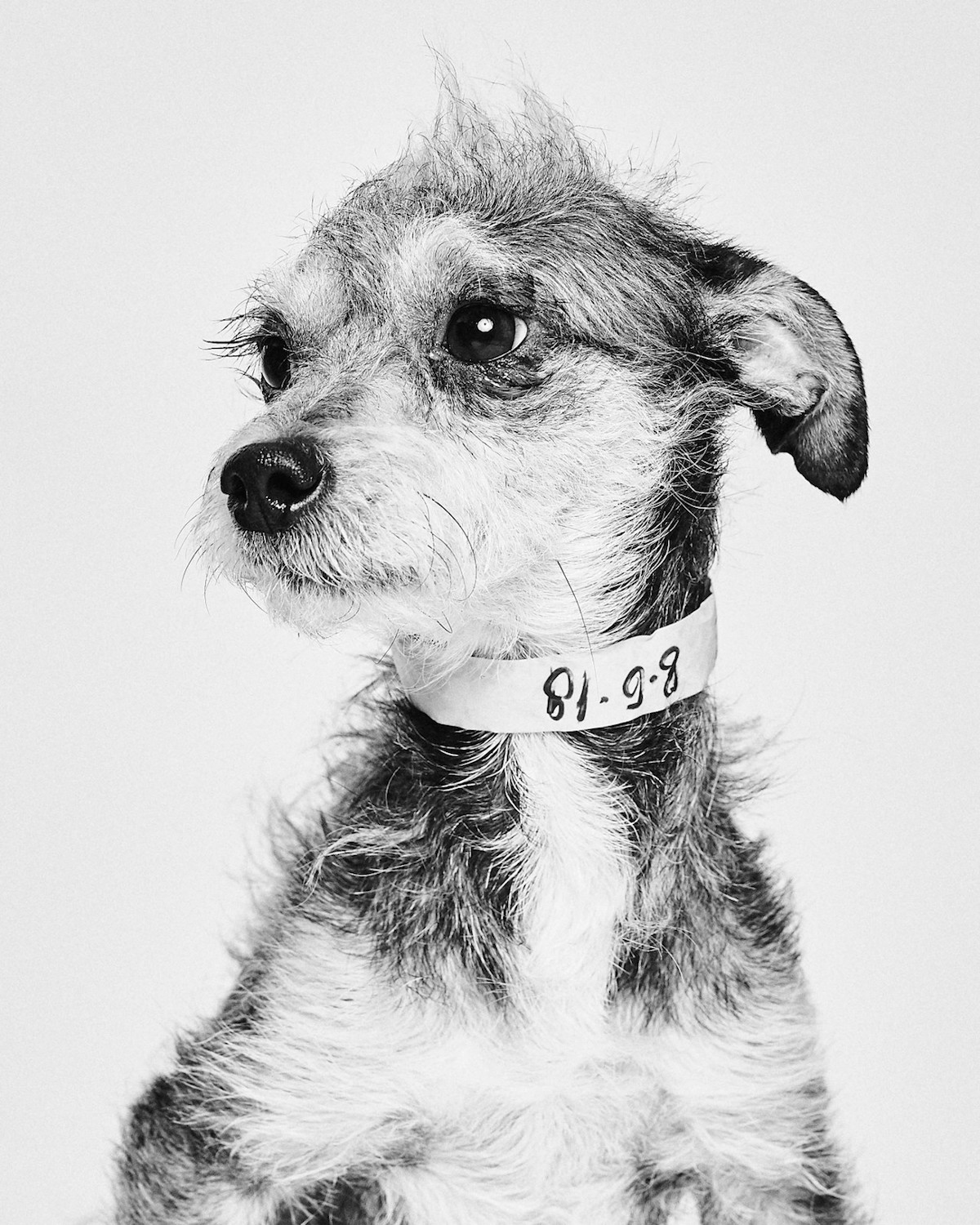 The team’s series of gorgeous black and white dog portraits aims to inspire people to adopt pets who are in desperate need of love. 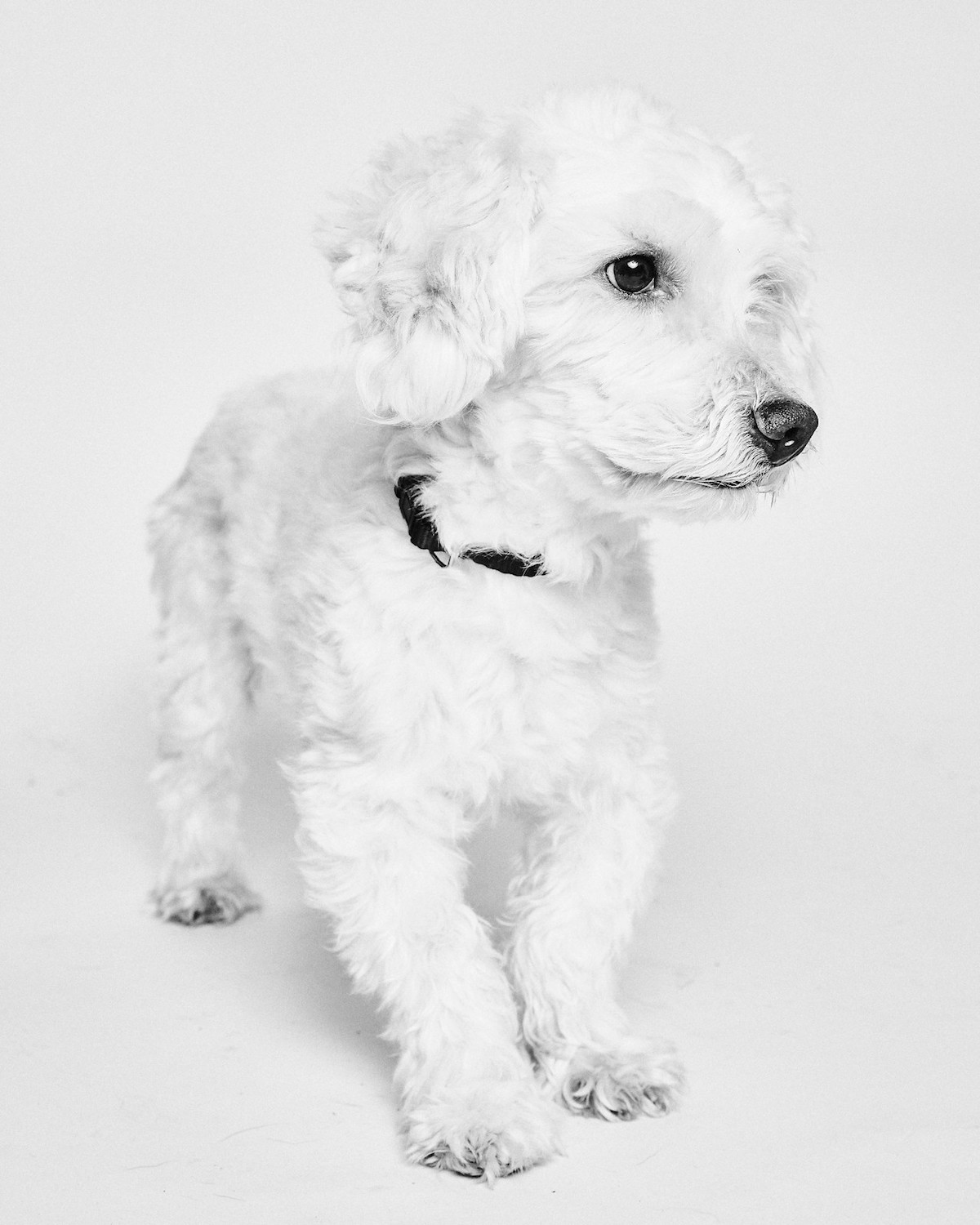 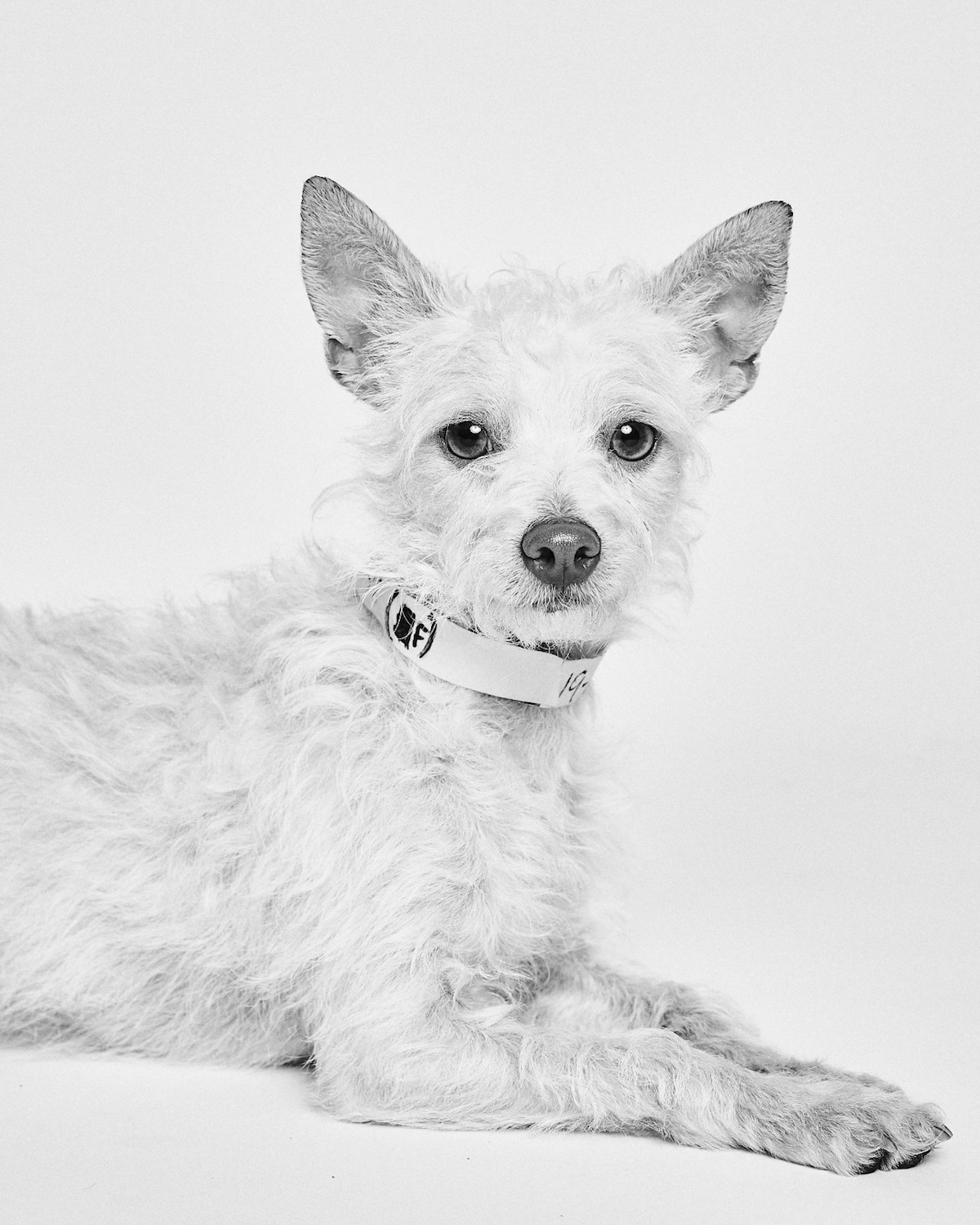 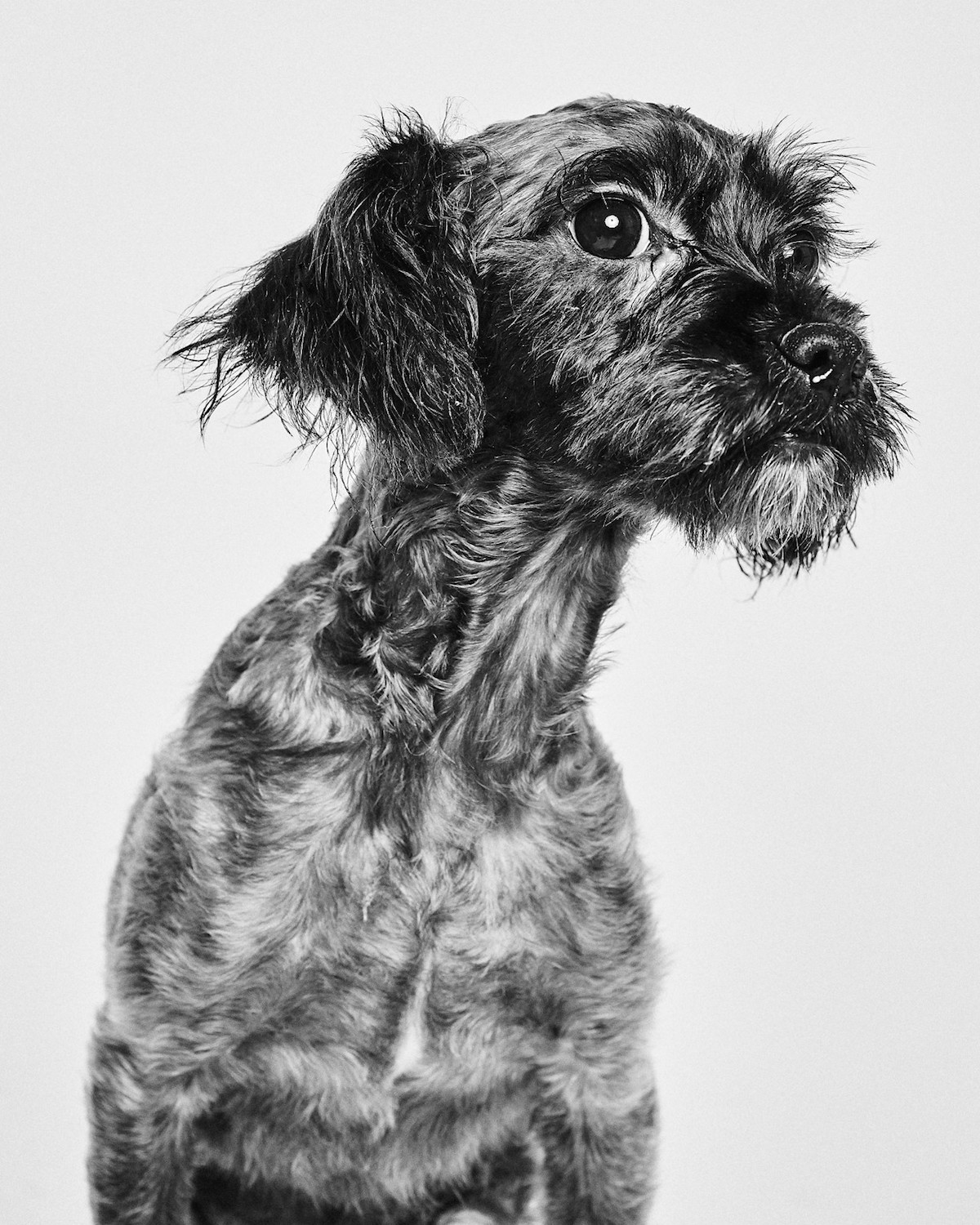 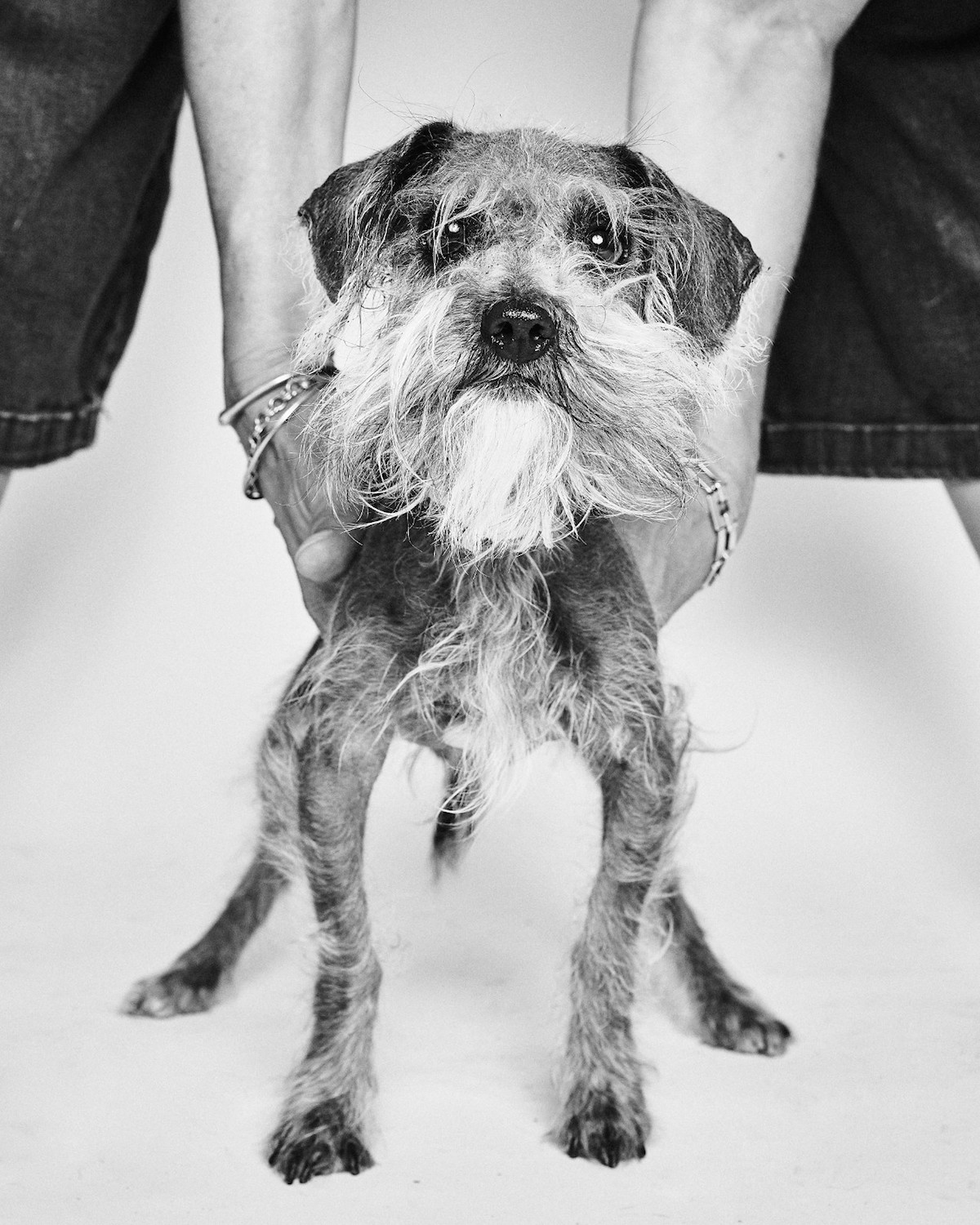 My Modern Met granted permission to use photos by Shayan Asgharnia and Suzanne Donaldson / Mrs. Sizzle.

Touching Photos of Rescue Dogs with Their Tattooed Owners

Inspired to adopt a dog? Share
Like My Modern Met on Facebook
Get Our Weekly Newsletter
Become a
My Modern Met Member
As a member, you'll join us in our effort to support the arts.
Become a Member
Explore member benefits